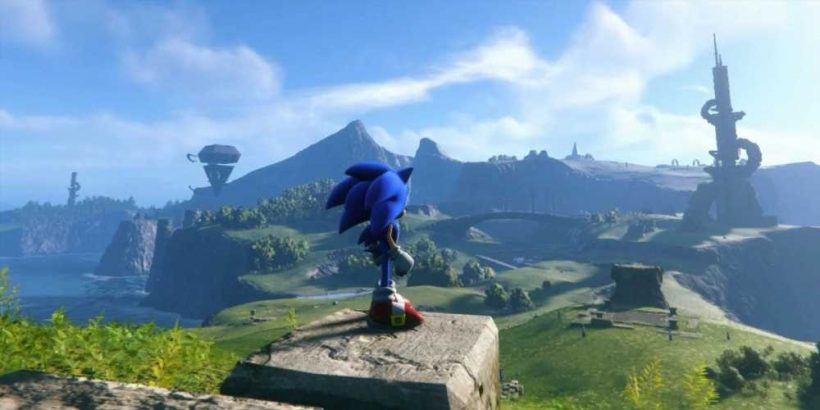 One of the first exciting pieces of information we received about Sonic Frontiers is that fan favourite comic writer, Ian Flynn, is attached to the project. Initial reports claimed that Flynn was the "main writer" penning an "original story", although Sega did reach out to some publications to say this was not totally accurate. But since it didn't seem to set out exactly what his role would be, the initial information became widely circulated among fans.

However, it now seems that Flynn's role is slightly different than initially assumed. A recent interview with the head of Sonic Team indicates that Flynn is actually writing Sonic's dialogue, not the full narrative. Sega is yet to clarify if this is the truth, but none of the recent interviews mention anything about Flynn working on Frontiers' story.

This discrepancy between early and recent statements about Flynns' work was spotted by fans this week, and shared on Reddit. Many are disappointed with the news, hoping that Flynn, who has worked on Sonic comics since 2006, would bring his magic to Sonic's first "open zone" game.

"We have employed lan Flynn, who is a comic book writer, to write a lot of the dialogue for this game", said Takashi Iizuka, speaking to GameSpot (around the 6:55 mark). "Flynn is great at that Sonic 'voice', and he's done a great job at writing dialogue that still feels very much like a cynical or snarky comment Sonic would say."

Of course, this may have been a mistake. Yet coupled with the fact that Sega tried to downplay reports that Flynn was the main writer – without giving a clearer explanation to replace it with – it's obvious that there's some kind of miscommunication between PR and fans. We've reached out to Sega for comment on the matter, and will update this report with any response we receive.