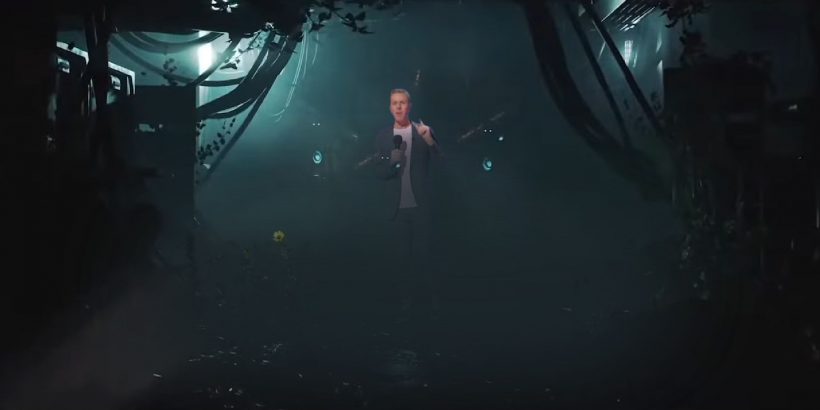 The show opens with Street Fighter 6. My sister asks, “What year did this game come out?” and I have to explain that it isn’t actually even out yet. My mum laughs. Street Fighter was released in a cabinet when she was a kid.

I’m back for the week visiting home. Summer Game Fest is on, and I decide to watch it on the big telly. My mum is sitting where she usually sits in the living room so she ends up watching most of the show with me. I think she wants to understand what it is I do for a living just a little better—it’s a real shame the first games Geoff shows off are all dark, grey, bleak, spooky-looking sci-fi shooters with generic characters, a few robots, and of course, the compulsory Call of Duty Modern Warfare boat mission. My mum turns to me and says, “Why do they all look the same?”, and she’s got a very good point.

My mum has a few favourite games. Minecraft, Stardew Valley, Animal Crossing. Minecraft is played by everyone in my family barring my dad, and during the lockdown, we had eight-player servers where my mates joined in as well. It was a highlight hearing my friend tell my 11-year-old brother to “fuck off” before apologising profusely to his mum, who was also in the lobby. Stardew Valley’s co-op mode was another big hit in the household. Even for all its peaceful music and mellow harvesting, it’s my mum’s role to act as an arbiter of peace between my arguing siblings. Something to do with my sister calling my little brother a lazy miner. Animal Crossing is Animal Crossing. My mum and sister easily have over 2,000 hours in New Horizons. It kept them sane during the lockdown—just about.

But her favourite game ever? Of all time? Call Of Duty WW2. Yeah. Bet ya didn’t see that coming. WW2 was a stupid, stupid game. You could dress up in a full Grim Reaper costume during the French Resistance and run around with a shotgun that blasted out exploding, fiery bullets. It was stupid, but it was fun. It took our house in some sort of strange grip. We all played it. We couldn’t stop. My sister, my brother, and my mum were glued to the screen, hunting for costumes and screaming, yes, screaming when they were killed. There were tears, but if you don’t cry while playing Call of Duty are you even playing it properly? I make this point because it’s clear my mum isn’t naturally against sub-par triple-A shooters. 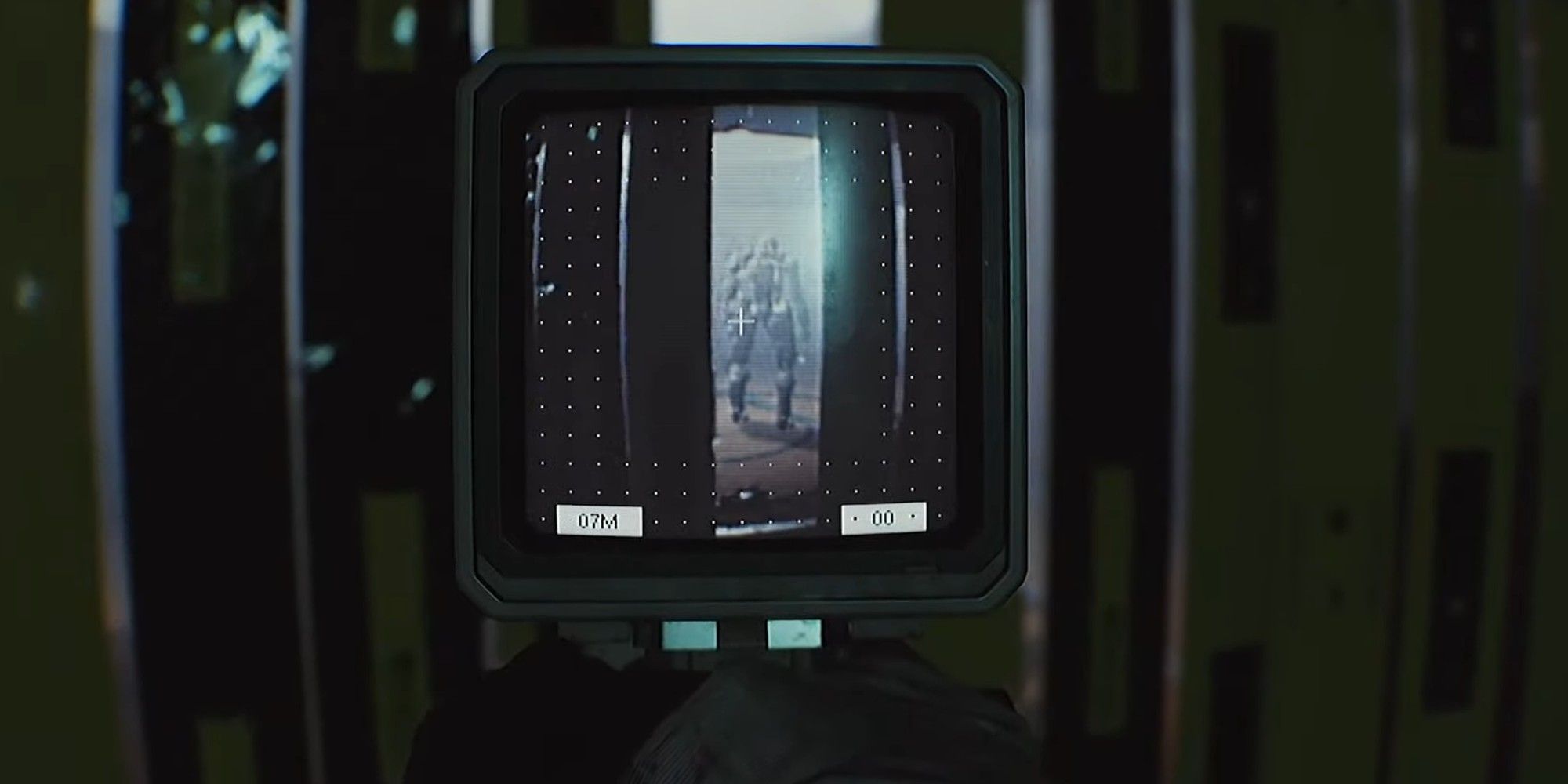 But by the time the first segment of SGF wraps up—where Routine turns up after a decade in the game development cryo-chamber—we’re both disappointed. My mum says, “Same, same, same, same, don’t they know the simple stuff is better? With, like, colours?” The trailers for Routine and Modern Warfare do catch her attention, but the consensus is that it’s too dark and the movement of the boat is making us both feel sick. After The Rock’s cameo and the trailer for Black Adam, she says, “That looks like total shit.” I nod my head. I’ve always found the hero-worship of The Rock a little weird.

Come on, Geoff, you’re giving games a bit of a bad rep in my house. I’ve just about convinced everyone that my job is a real thing. Please, no more “tight thrillers” and dark corridors, and please, get this sweaty man off my TV. I explain what an RTS is to my mum after the trailer for Stormgate (which is surprising, as she fits right into the age bracket for this lonely genre), and then, praise the almighty Geoff, we get our first game in forty minutes with any colour in it—Highwater. This is ironic because it’s a game about total environmental collapse. Cheery that. 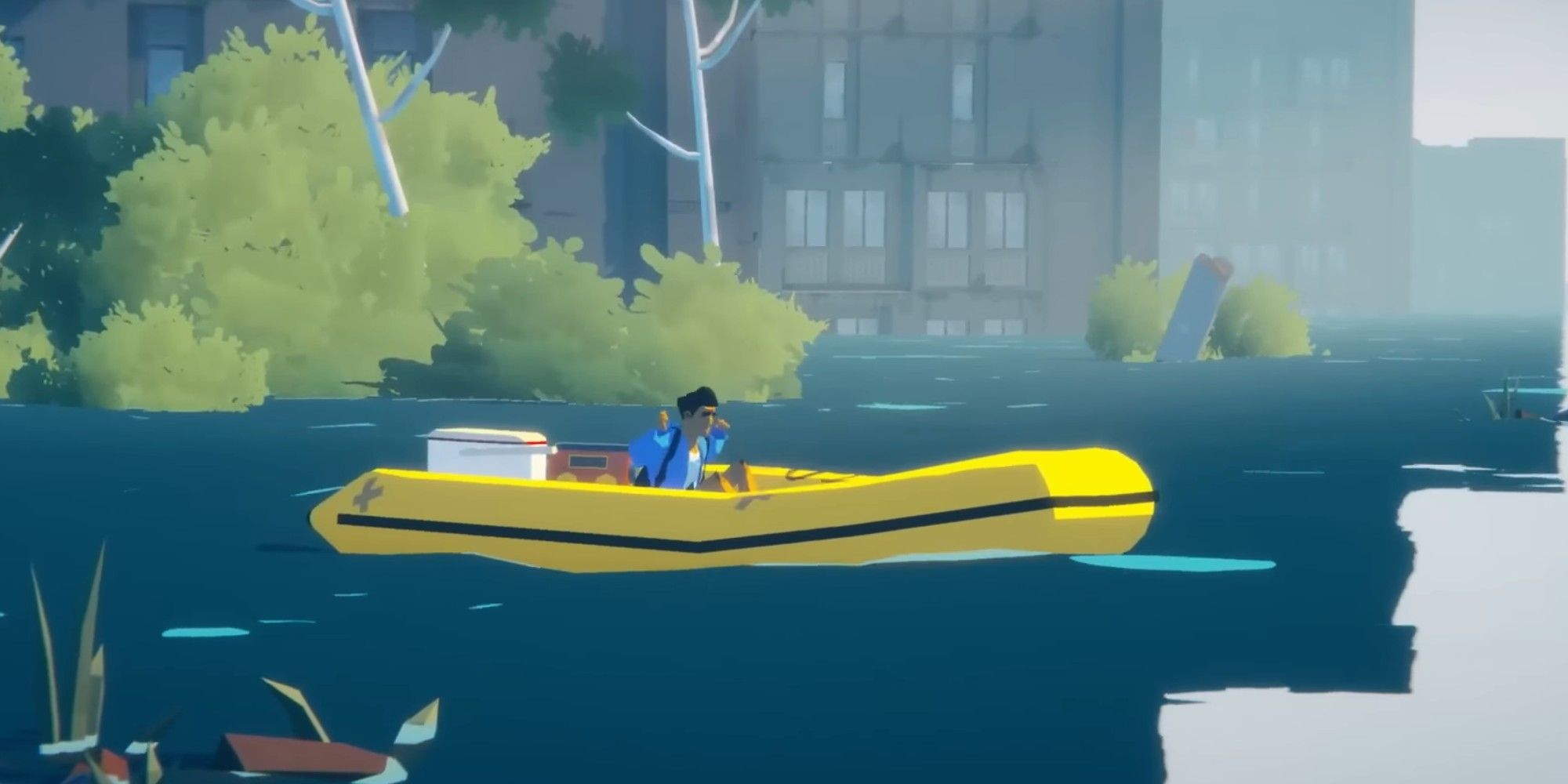 American Arcadia catches our eye, too. Truman Show video game? We’re all for it. In fact, I’m pretty sure my mum even nods her head. Then the goats show up and all credibility is ruined. My little brother asked for the first Goat Simulator when he was a kid, and he’s still a kid, but even he’s outgrown the goats. My mum doesn’t get it. Me neither, really. I try to explain that it’s a parody trailer of an old zombie game, but I realize that I probably spend too much time online and give up trying.

Then I find myself explaining Cuphead and One Piece to my mum. Yeah, it’s a cup. Yeah, I know. It’s actually really—oh, alright. Yep. This kid is called Luffy, he ate a magic fruit and now he’s really stretchy and these are all his mates. We stop to eat some tomato soup and return with Metal Hellsinger. It feels like we’ve gone back in time to the start of the show. Didn’t we already see a trailer for this game? I thought The Quarry might score some points, but my sister just says, “Seen that in a horror movie—Cabin In The Woods?”

Everything sort of fizzles out during The Last Of Us and I can tell my mum and sister want to watch Bridgerton, so I pack my stuff up and go back upstairs. Whether we’re in some sort of game development black hole because of covid or people just really love dark thrillers set in space, Summer Game Fest was so beige it felt like sitting in my grandmother’s living room. It’s a shame we didn’t make it to the Devolver showcase, but I don’t think either of us would’ve made it through the skits without cringing into dust. I showed her the trailer for Plucky Squire though, and she loved it, so there’s a single win for video games and me mum today.