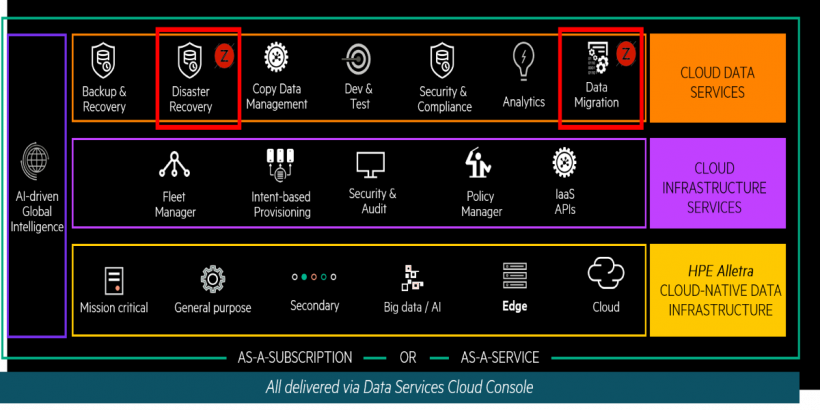 Hewlett-Packard Enterprise (HPE) announced today it will acquire Zerto for $347 million in cash as part of an effort to advance the automation of data protection.

Zerto developed The IT Resilience Platform to provide the ability to granularly journal thousands of recovery checkpoints. That capability enables IT teams to rehydrate a full running copy of an entire application in minutes from any point in time.

The ability to accelerate the rate at which recovery point and time objectives can be achieved is critical at a time when organizations are more dependent on data protection platforms to recover a pristine copy of their data in the event of a ransomware attack, said Omar Asad, vice president and general manager of the primary storage team in HPE’s Storage & Big Data group.

Zerto claims to already have more than 9,000 customers and has partnered with more than 350 IT services providers that employ the platform to deliver backup and recovery capabilities as a managed service. In addition to making Zerto available as part of the HPE data management portfolio, Hewlett is also pledging to integrate Zerto with the managed HPE GreenLake services it provides for remotely managing servers and storage. HPE disclosed that it expects Zerto to contribute more than $130M of annual run-rate revenue, with software gross margins being about one-third of incremental revenue.

The data protection market is valued at $8 billion, which Asad noted is currently growing at a compound annual rate of 19% in part because more organizations are making data protection a core element of their efforts to combat ransomware.

The Zerto platform can be accessed via a graphical user interface (GUI) or a set of application programming interfaces (APIs) that enable backup and recovery processes to be programmatically integrated within a set of automated processes. HPE acquired Zerto because it provides a data protection platform that can span multiple virtual machines, container platforms such as Kubernetes, and bare-metal servers in a way that is compatible with any network architecture, Asad said.

HPE plans to make the Zerto platform accessible via the Data Services Cloud Console it unfurled last month. That effort will require the current Zerto APIs to be replaced with the APIs that HPE is standardizing on to automate a wide range of data management tasks, noted Asad.

The AI engine that HPE gained to automate storage management via its acquisition of Nimble Storage will also be integrated with the Zerto platform, along with an asset discovery tool that HPE gained with the acquisition of Cloud Physics earlier this year. The goal is to surface recovery time and point objective recommendations based on the service level agreements (SLAs) that have been defined by an internal IT team, said Asad.

‘The business criticality of the data’

Data protection platforms continue to evolve what was once a task handled by low-level administrators. It is rapidly becoming a continuous process as organizations grow increasingly appreciative of the business value of data. “It’s all about the business criticality of the data,” said Asad.

As a result, the days when organizations hoped that an administrator remembered to manually back up data in a way that didn’t wind up accidentally corrupting it are coming to an end. Many IT teams also now employ the Zerto platform to automate the bi-directional migration of data between on-premises IT environments and public clouds.

Change, of course, comes slowly to IT organizations. However, in the wake of a recent executive order issued by the Biden administration it’s become clear that patience with organizations that lose control over their data because of a ransomware attack is starting to wear thin. The only defense against those attacks is to make sure there is always a pristine copy of an organization’s data available on a platform from where it can be easily recovered. Not having that capability is about to raise a lot of questions no one in IT ever wants to find themselves in a position of having to answer.