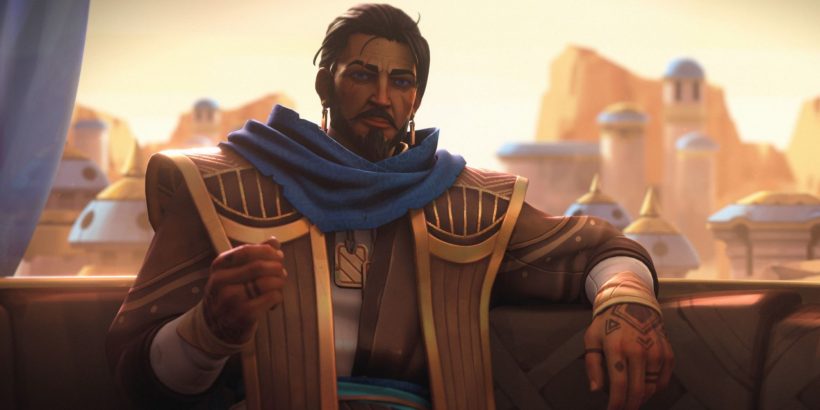 The Smugglers in Dune: Spice Wars rely on turning their rivals' prosperity into their own. While they might not have the mightiest armies or votes in the Landsraad (at first, anyway), their unique power to skim off of other players' economies helps them keep up and eventually outpace their competitors.

Letting other players do the work for you is not without risk, and you'll need to be aware of the political situation on Arrakis at all times. Make yourself indispensable to the Great Houses, then use their own resources to steal the planet out from under them.

Updated on June 3, 2022 by Matt Arnold: The first Community Update for Dune: Spice Wars added several new Underworld buildings for the Smugglers to exploit, even within an enemy capital! We've added these new buildings to the guide. 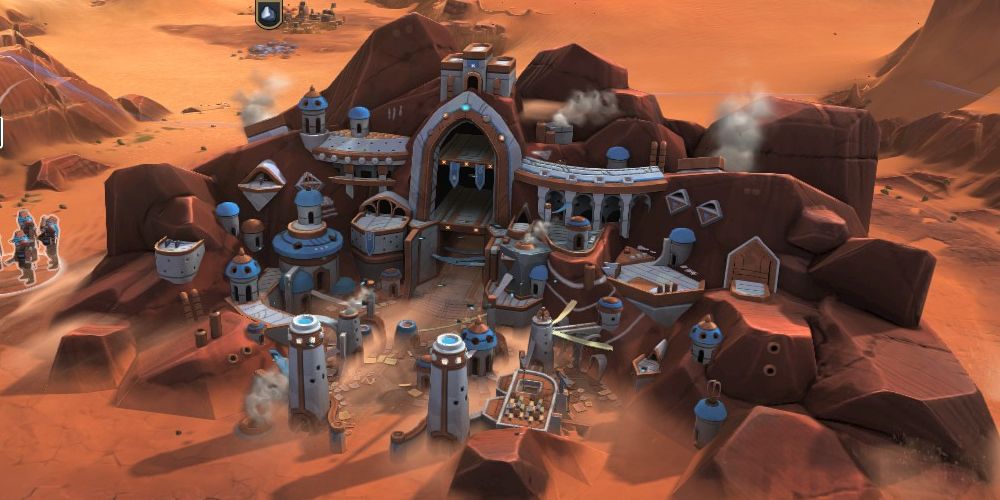 An Underworld Headquarters can have one building for each building in the host Village. Each costs two hundred Solari and takes two days (one minute at normal speed) to construct, but Underworld buildings have no upkeep.

Once the Smugglers have accumulated ten thousand Hegemony, they can also build Underworld Headquarters in the Main Bases of their enemies for powerful new effects.

While the Smugglers don't start with votes in the Landsraad, they can pay Solari to place a Bounty on one Resolution at the beginning of each session. Rival factions who vote as directed by the Bounty receive five Solari per vote if it passes.

One way to exploit this is to sell Influence for Solari to other factions just before the vote. With their coffers suddenly emptied, your opponents might consider voting your way with the Influence they just bought. Even if they don't, you'll still have cash from the sale – just don't try this with high-impact Resolutions like Charter nominations.

The Smugglers can find Arrakis Black Markets across the map by scouting with their Ornithopters. Black Markets allow the Smugglers to sell two hundred Spice for quick cash, or to send an Agent to demand a cut, earning a one-time influx of Spice.

At five thousand Hegemony score, the Smugglers get a seat at the table, earning fifty votes in the Landsraad and the ability to gain and lose Landsraad Standing. 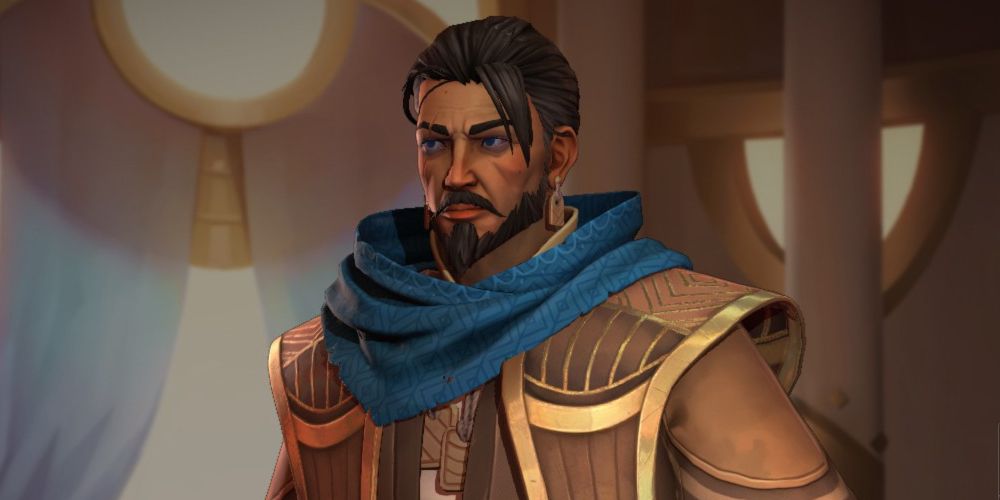 At the start of the campaign, you'll be able to select two Councilors from a group of four, earning their permanent bonuses throughout the game.

Investing heavily in Underworld Headquarters with Staban on your council will give you a massive return on your investment, but you'll need to do what you can to keep the peace between the other factions so that your carefully constructed network isn't destroyed by warfare.

Lingar is a notorious Water Seller, and as such his bonuses scale with the amount of Water you have available. The Authority cost of annexing Villages and creating Underworld Headquarters are reduced proportionally to the amount of unused Water you have during games when Lingar is on your council.

Favor high-wind regions when you expand, as these provide the most Water from Windtraps. If you can take a Special Region with Water Bonuses, especially the Polar Sink, you should make doing so a priority.

Drisq's presence guarantees that all Smuggler Agents have the Merchant trait. While recruiting her for a campaign does eliminate the benefit of other possible Agent traits, she brings consistency to your strategy by allowing you to focus on Solari production. With each of your Agents producing an extra percentage point or two worth of Solari each day, you'll start to see the extra income add up in the late game.

Bannerjee is a good choice for a Hegemony run, as each pillaged Village adds to your total Hegemony score. Supplement your economy with raiding, and you'll rarely lack the resources for your next project. Research Underworld Bribes as soon as possible to add Intel to the many benefits of pillaging! 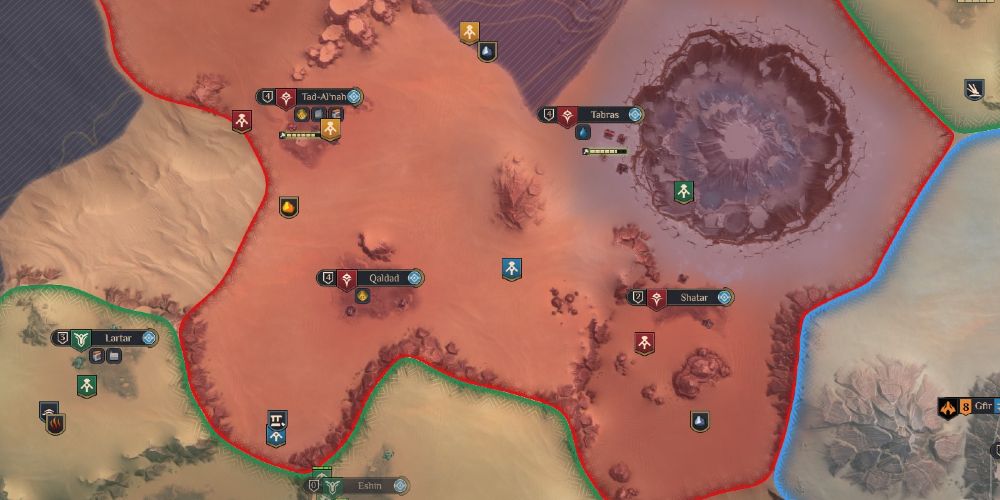 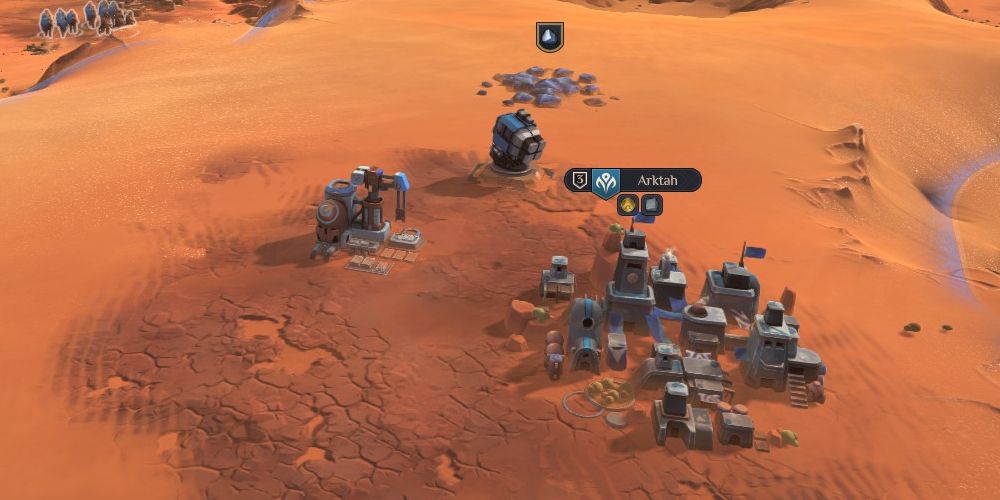 Your opening moves as the Smugglers will be fairly standard – establish your first Spice Refinery, get your economy online, and build up Hegemony until you can upgrade your capital. The Smugglers differ in that they need to scout more aggressively with Ornithopters than other factions. The reason for this is that the sooner they find enemy Villages, the sooner they can establish Underworld Headquarters.

Once you've annexed two or three Villages and have a Processing Plant built, consider spending the necessary Solari for a third Ornithopter. This will speed up your scouting of enemy territory and help you watch for raiders.

Try to limit your expansion such that you don't share any borders with other factions unless you plan on going to war. The Smugglers are much better on defense than offense, so it's preferable to sit back and watch the profits roll in until you're ready to fight on your own terms.

The Smugglers gain Hegemony every time they pillage a Village, so it can be useful to have an isolated region on your border that you can repeatedly pillage without Annexing. This gives you a steady stream of Hegemony and Solari.

Once you've found enemy Villages, start establishing Underworld Headquarters everywhere you can. If you're planning an invasion, add a Contraband Cache and Hidden Explosives to your target – otherwise, Bootleg Markets and Whisperers' Lairs are the way to go. They'll provide you with extra Solari, Influence, and Intel, allowing you to maneuver toward the endgame strategy of your choice. 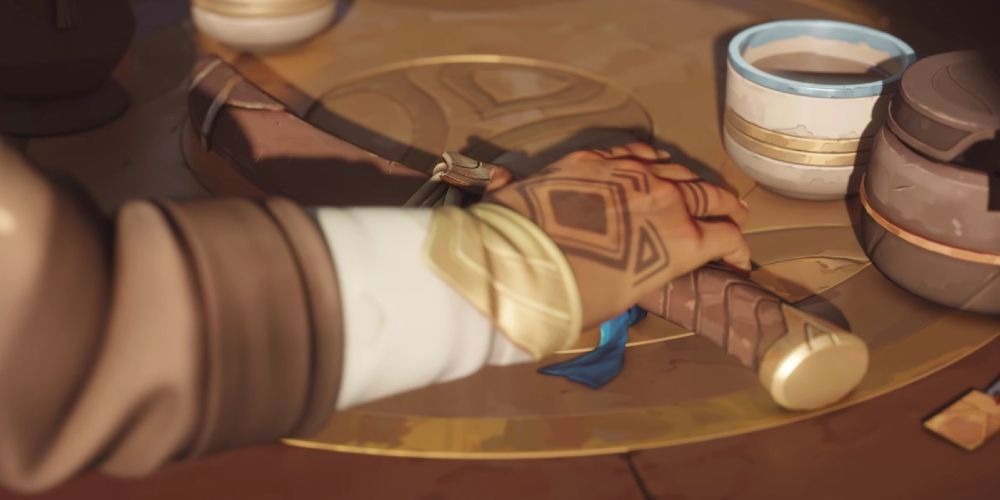 By the time factions are crossing the ten-thousand-Hegemony threshold you should be positively rolling in resources. From here, you can negotiate frequent deals with the other factions. If you're going for a Political or Hegemony victory, maintain friendly relations with your neighbors by sending gifts often. If your aim is Domination, use your Intel to use frequent Operations, giving your troops an edge when you invade.

If Drisq is in your Council, fully infiltrate CHOAM and start buying shares en masse through the Espionage screen. The amount of Solari you'll be making will be staggering, so you can repeatedly buy CHOAM shares to push yourself over the finish line for a Hegemony victory.

If you're going for a Political victory, be sure to keep your Underworld Headquarters running and defend them as necessary – you'll need the extra Influence to compete with House Atreides in the Landsraad.

Finally, out of all the factions the Smugglers are arguably the most capable of assassinating rival leaders, eliminating players through Infiltration. Don't be afraid to poison the Baron's wine or see that the Duke has an unfortunate fall – this is Dune, after all, and at the end of the day the one who controls the Spice controls the universe.