Fallout 76 has introduced shelters, which let players extend their CAMP underground. These new shelters are instanced spaces, which means that players are allowed to build much more freely than in the normal world space.

This is great for players who want to fully realize their visions of a home base, but how can they make the outside of their CAMP look as good as the inside? To start, here is a guide for making curved walls in Fallout 76.

The first step to making curved walls is to make a floor. Build a single foundation piece in a flat area with plenty of surrounding building space. Then, stand on it and make sure you are in the exact center of the square floor piece (you have to stand in the center or later steps won’t work). Then, build the floor out two spaces away from your space, creating branches from the center like the picture demonstrates below. 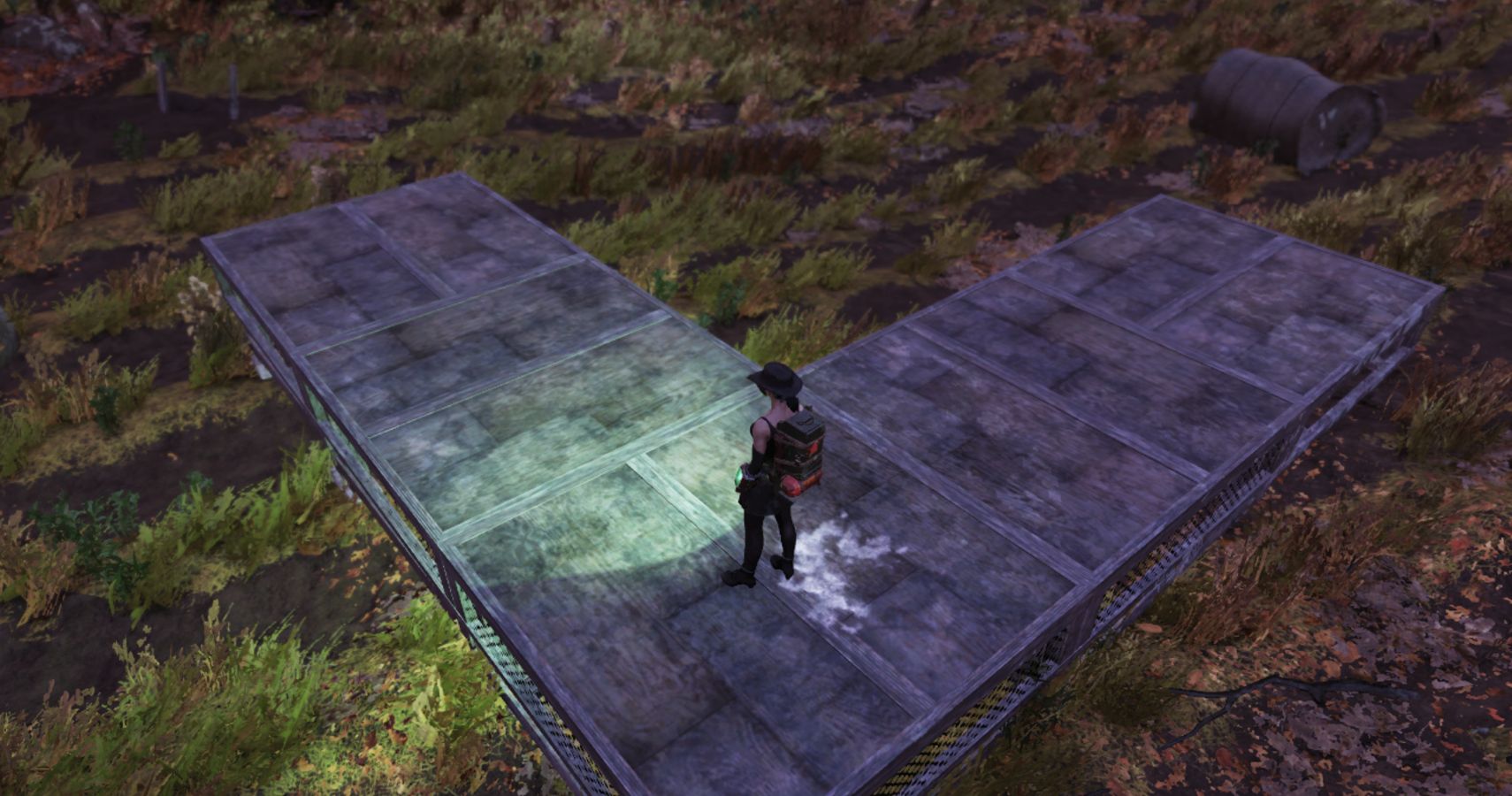 Now, in this tutorial the floor extends in two directions, but you can easily make a semicircle by extending in three directions, or a full circle with four. From here, add doorway pieces to the end of the floor. Then, delete the middle floor sections out of each branch. 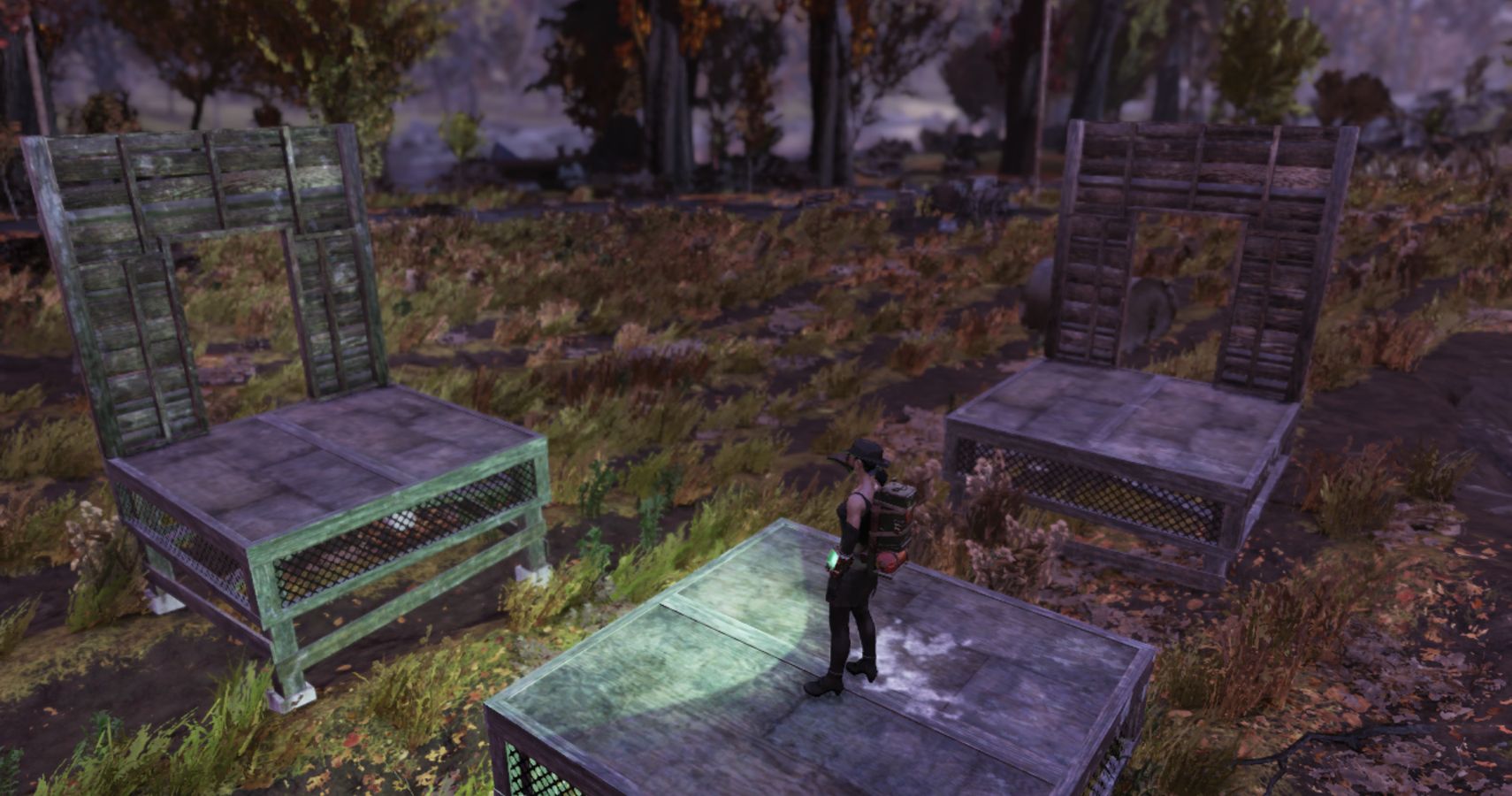 These have to be doorways, because doorways allow you to move the foundation out from under them, leaving them floating. You’ll be able to change them to the type of wall you like later.

Now, take one of the outer floors and, without changing the distance it is away from you, rotate so you are facing diagonally between the two doorways. Make sure the foundation stays at the same vertical level, then place it. 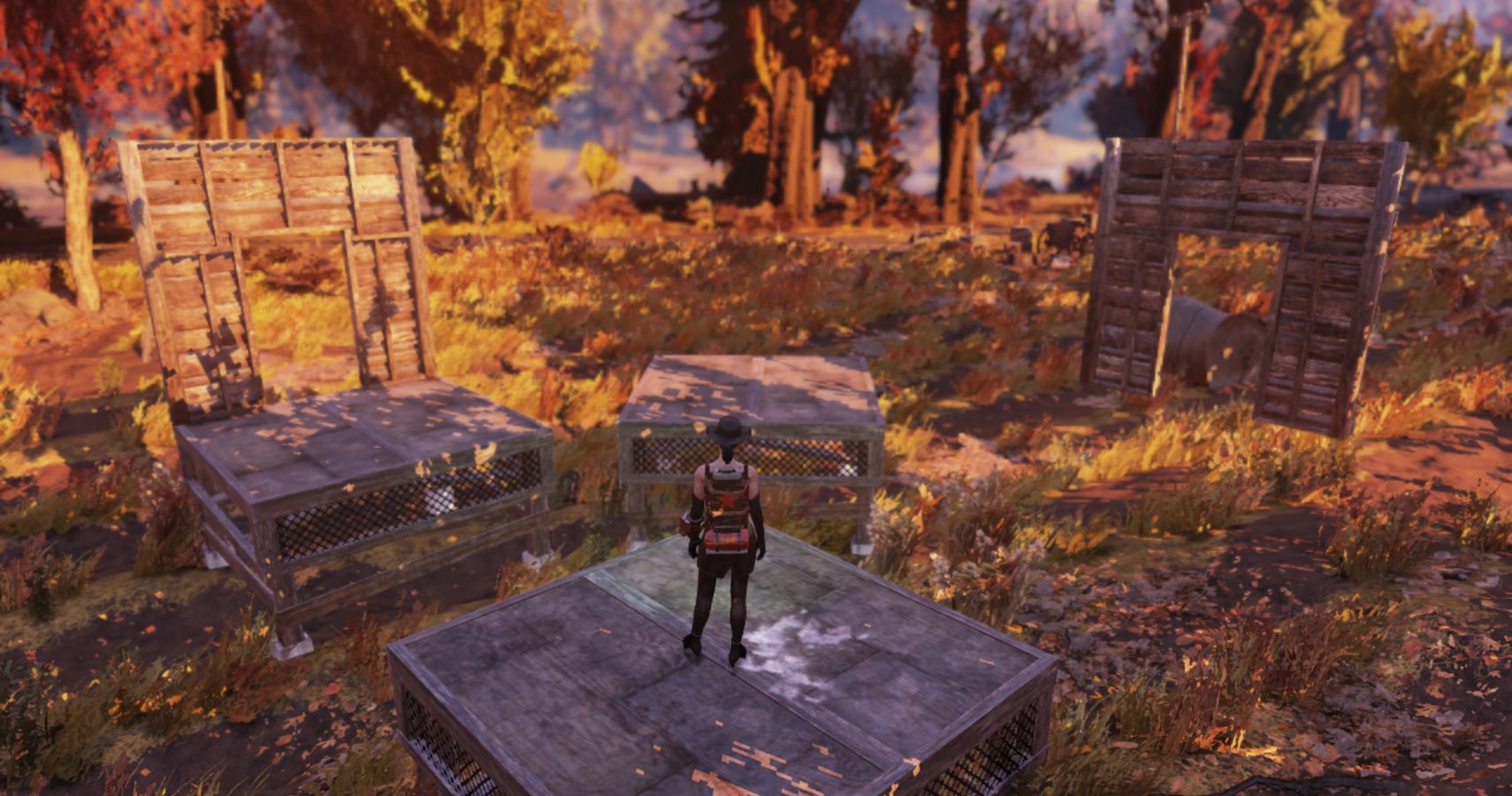 Add a doorway on the diagonal floor as well. 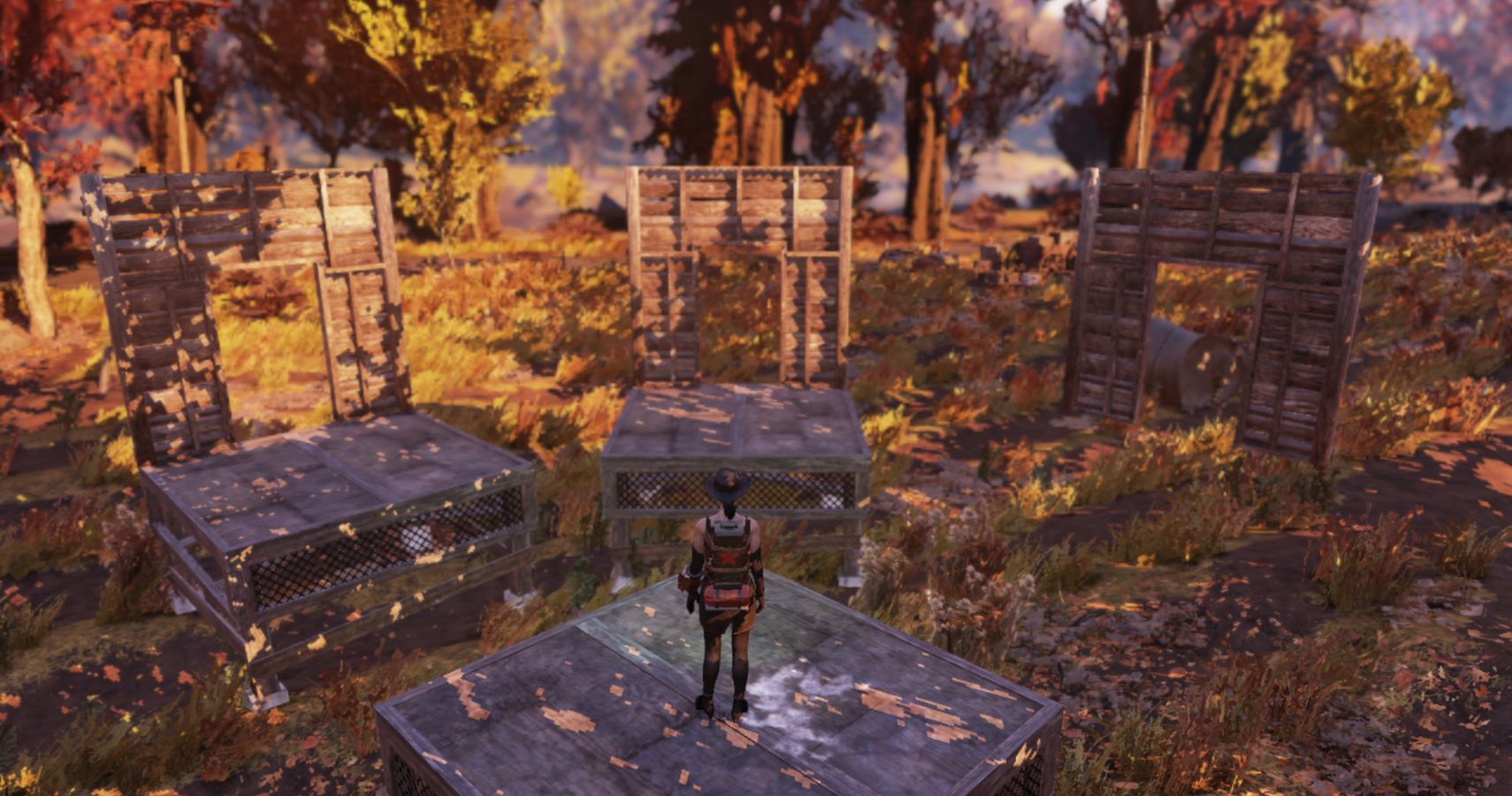 Then, still keeping the floor level, move it into the space between the two doorways. 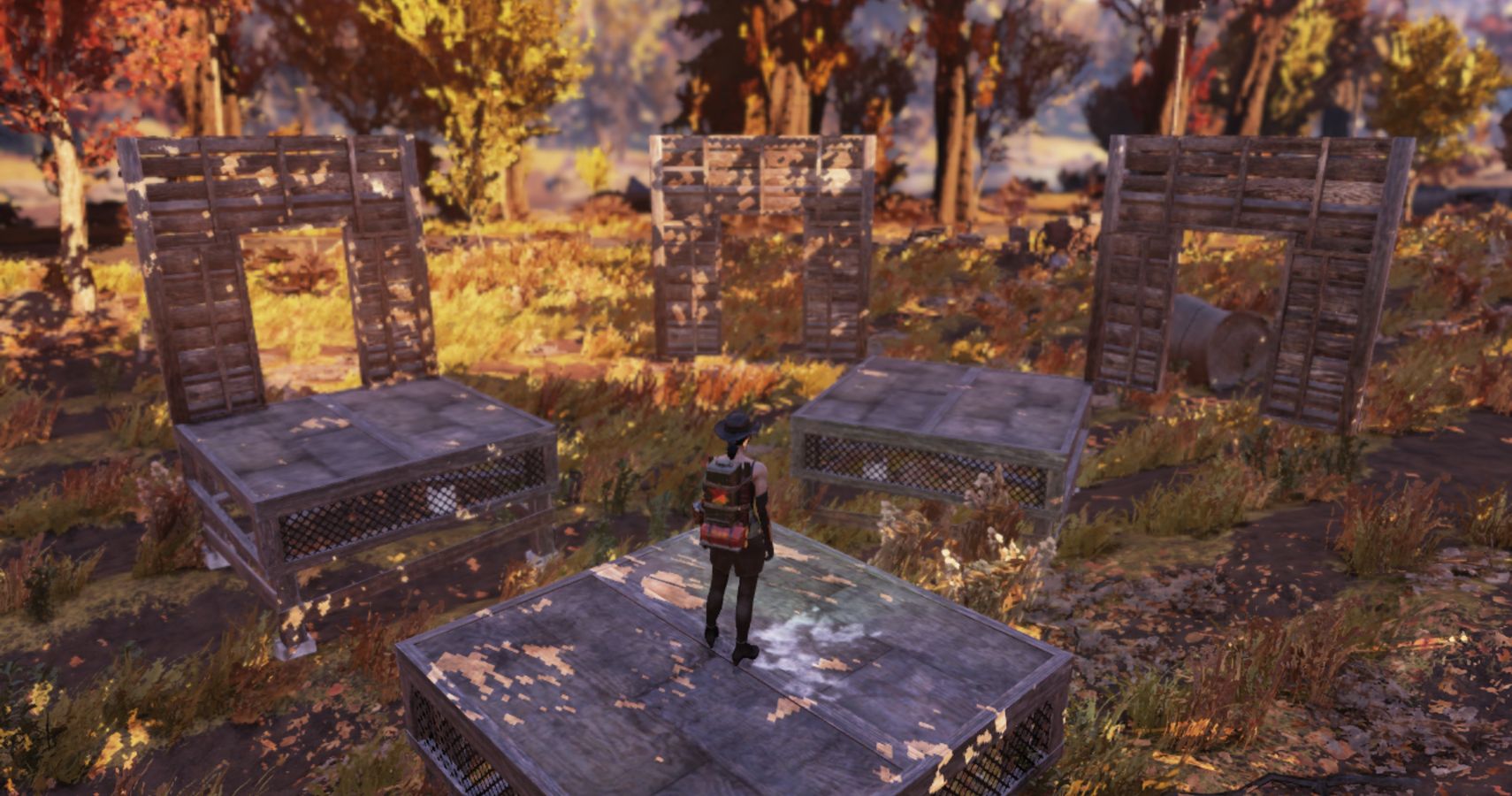 Then, add a doorway to this floor as well. 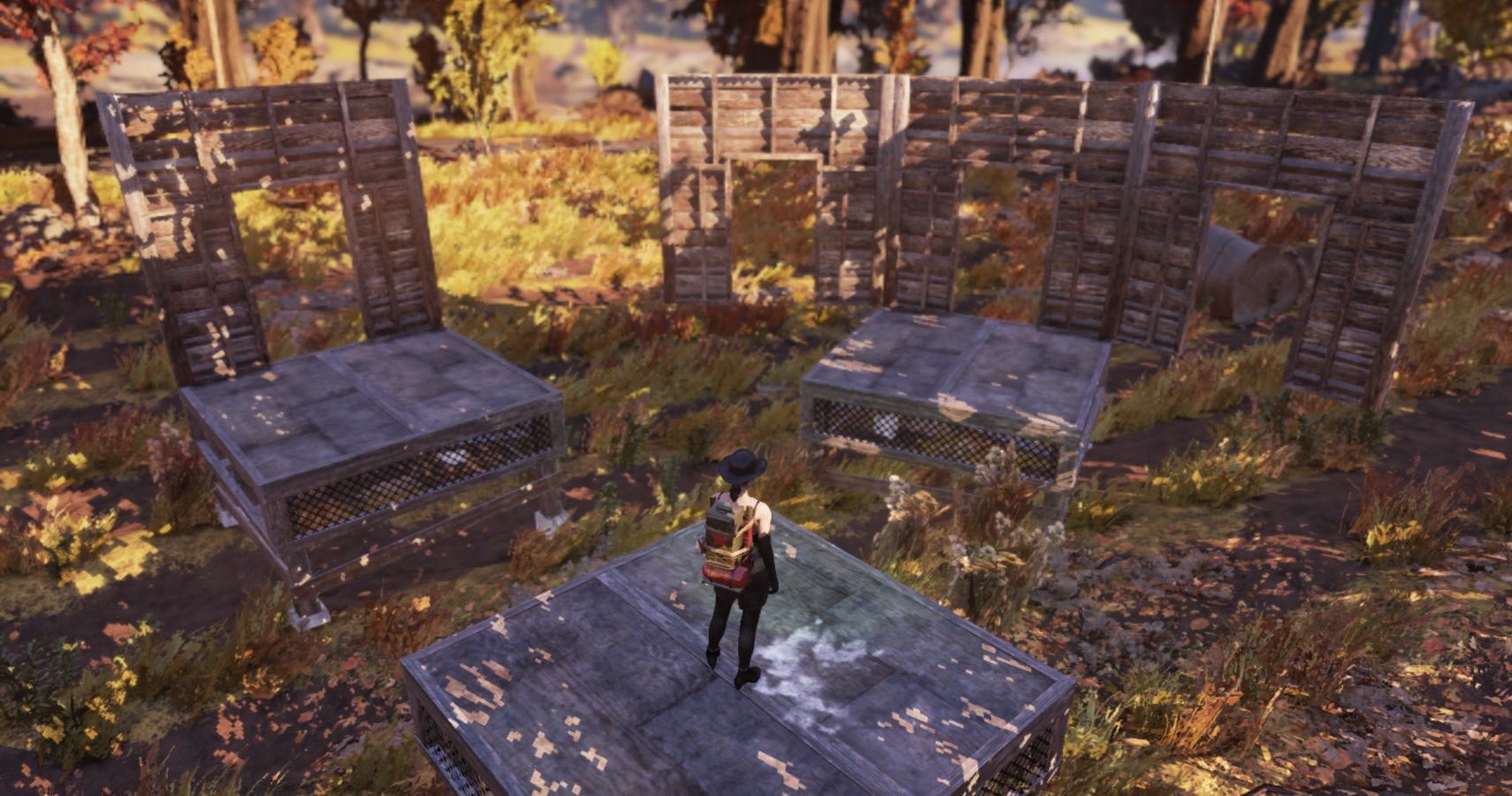 Repeat the process from the other side, and you’ve made a curved wall! You can put a floor under the whole thing by building out from your central square. You can also change the doorways to any type of wall by using the “replace” tool. You can then build on top of this wall to make all sorts of unique structures.

NEXT: Fallout 76: How To Find Holiday Scorched, Locations List 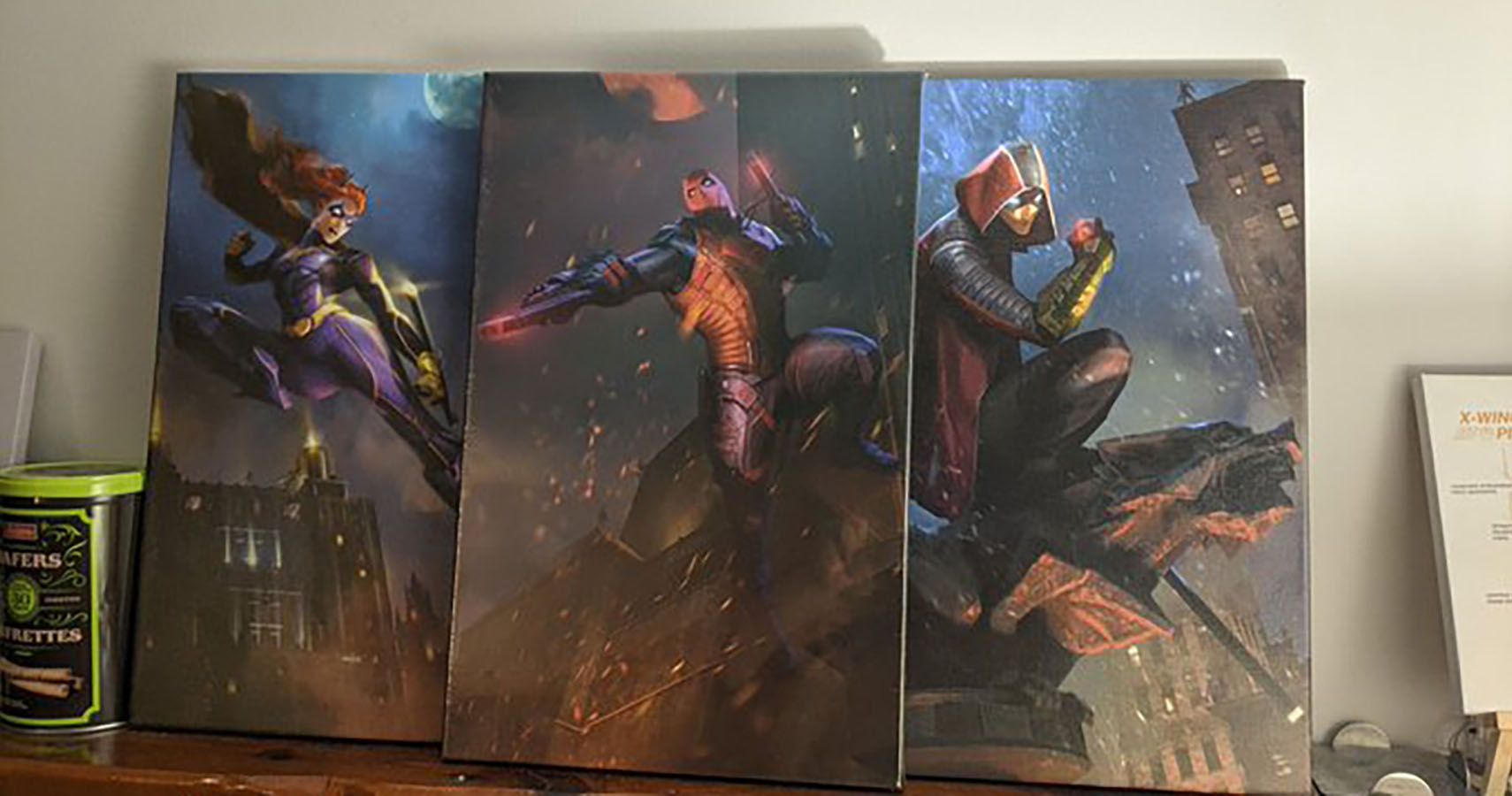