Betrayal at House on the Hill is a pretty staple game for most board game groups. It combines role play, ever-changing circumstances, and pure fun into an impressive package. It also happens to have one of the more unique turn deciders in modern board games. Cards Against Humanity popularized wacky, personal methods of determining who goes first. Things like who pooped last or who got up the earliest. Betrayal mixes it up by deciding turn order based on the game characters. And it turns out there’s a way to game the system.

Reddit-user ebolingforsoup recently got Betrayal at House on the Hill as a gift and began studying the rules immediately. They found themselves fascinated by the rule that whichever character has the closest upcoming birthday goes first. They decided to line up all of the characters’ birthdays on a calendar so that they can always know who’s is coming next. They then shared this graphic on Reddit. Now, you too can always know which character to pick if you want to go first. 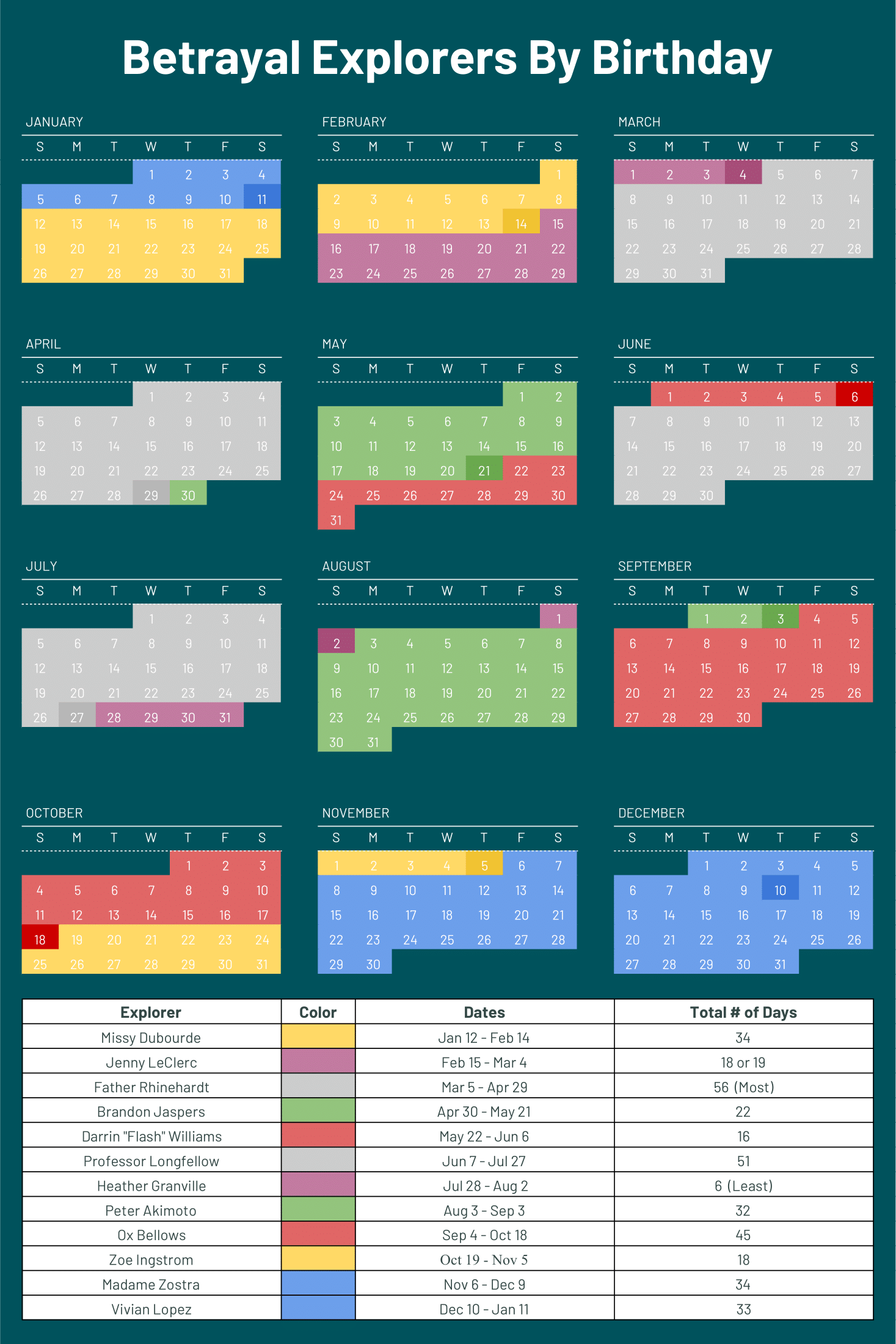 The truly interesting discovery this chart reveals is that all characters are not created equal. Ebolingforsoup explains that they expected a balance, that each character would have an equal period of time where their birthday was next. In reality, and as the bottom of the chart shows, the birthdays are unevenly scattered. Some characters have entire months where their birthday is imminent. Others barely get two weeks. That naturally means that some characters are much more likely to go first.

Ebolingforsoup has an interesting theory as to why this is. They posit that the characters with a higher chance to go first are the ones that, story-wise, would be more likely to lead the way into a haunted house. Whether it’s the church-going man who has faith he’ll be okay or the macho type, they seem more likely to brave danger than a spoiled teen. There’s no confirmation of this, of course, but it would be a neat detail if intended by the designers.

Whatever the reason, certain characters in Betrayal at House on the Hill are more likely to get the first turn than others. And now you know who they are, and can use this information for your own nefarious means.