This article is part of the Technology Insight series, made possible with funding from Intel.

Factories live and breathe on operational technology (OT), the systems that monitor and control physical devices. For many years, OT has lagged IT in development pace and performance. A big reason: the mindset that OT systems need reliability far more than processing speed. When a factory IT system fails, people might lose their internet connections. When a factory OT system fails, the manufacturing line may start making faulty parts or physically harm workers. As a result, OT tends to follow the philosophy of “if it ain’t broke…” While this keeps factories humming, it also misses countless opportunities for improvement offered by better integration with advanced data services.

Now, as the line between OT and IT blurs, the need for speed is increasing. More factories are adopting IT technologies like internet protocol (IP), Linux, and analytics. Doing so allows for heightened systems security, migration into digital factory models, and more holistic adoption of Internet of Things (IoT) across the manufacturing organization. This, in turn, drives greater value and ROI. One key challenge, however, is getting data from devices into (and possibly out of) edge processing systems into data centers. That’s where 5G comes in, and where 5G Release 16 (“Phase 2”) can pave the way for ultra-reliability and low-latency in industrial environments.

Let’s take a look at how the 5G is unwiring and speeding up the factory landscape.

Edging into wireless for factory needs

Wired connectivity is popular in manufacturing operations —  but only when it’s convenient and affordable. Often, it is not. True, wired Ethernet delivers fast throughput, generally low latency, and high reliability. Latency in particular is important, as industrial applications frequently need 1 ms or lower response times. Not even Gigabit Ethernet supplies low enough latencies for OT needs. Industrial deployments often use looping architectures, daisy chaining devices in series; latencies and overhead accumulate with each device hop. More devices in the manufacturing environment means slower networks. And pulling CAT cabling through manufacturing environments can be labor-intensive and costly.

Even so, wireless connectivity to devices has been slow to replace wired. Even Wi-Fi 6 only yields latencies in the sub-40 ms range. While Ethernet has been an industry standard for wired sensors for decades, no such spec exists in wireless. A general specification exists for Low-Rate Personal Area Networks (LR-WPANs, IEEE 802.15.4), emphasizing low power, scalability, and security. Proprietary solutions have filled the gap, yet they tend to be costly to deploy and cumbersome to manage.

Bluetooth Low Energy (BLE) is one candidate for wireless connectivity in manufacturing. It offers affordable sensors and long device battery life. However, throughput is very low (0.27 Mb/s) and latency still hovers around 6 ms. Bluetooth 5 improves on BLE by supporting mesh topologies, but Bluetooth in general remains constrained by distance limitations, which may be a factor in large industrial environments. In 2018, Intel conducted an interesting proof of concept project in which it deployed a 250-node wireless sensor network in one of its own fabs using Bluetooth. The test was successful in proving wireless sensor functionality, low power use, and density. However, the deployment scenario was not latency-sensitive, and researchers found a roughly 90-foot limit in transmission range. The Intel paper touched on 5G as a possible wireless solution for industrial settings but noted the technology as lacking in security and low-energy consumption.

A fresh look at 5G in manufacturing

As with most complex and constantly evolving specifications, 5G has arrived in stages, over time. An initial New Radio (NR) spec for 5G called Non-Stand-Alone (NSA) arrived in late 2017. 3GPP Release 15 (“Phase 1”), the first complete 5G specification, followed in 2018. Starting with last June’s debut of Release 16 (“Phase 2”), we finally see a mature standard suitable for industrial and manufacturing environments. 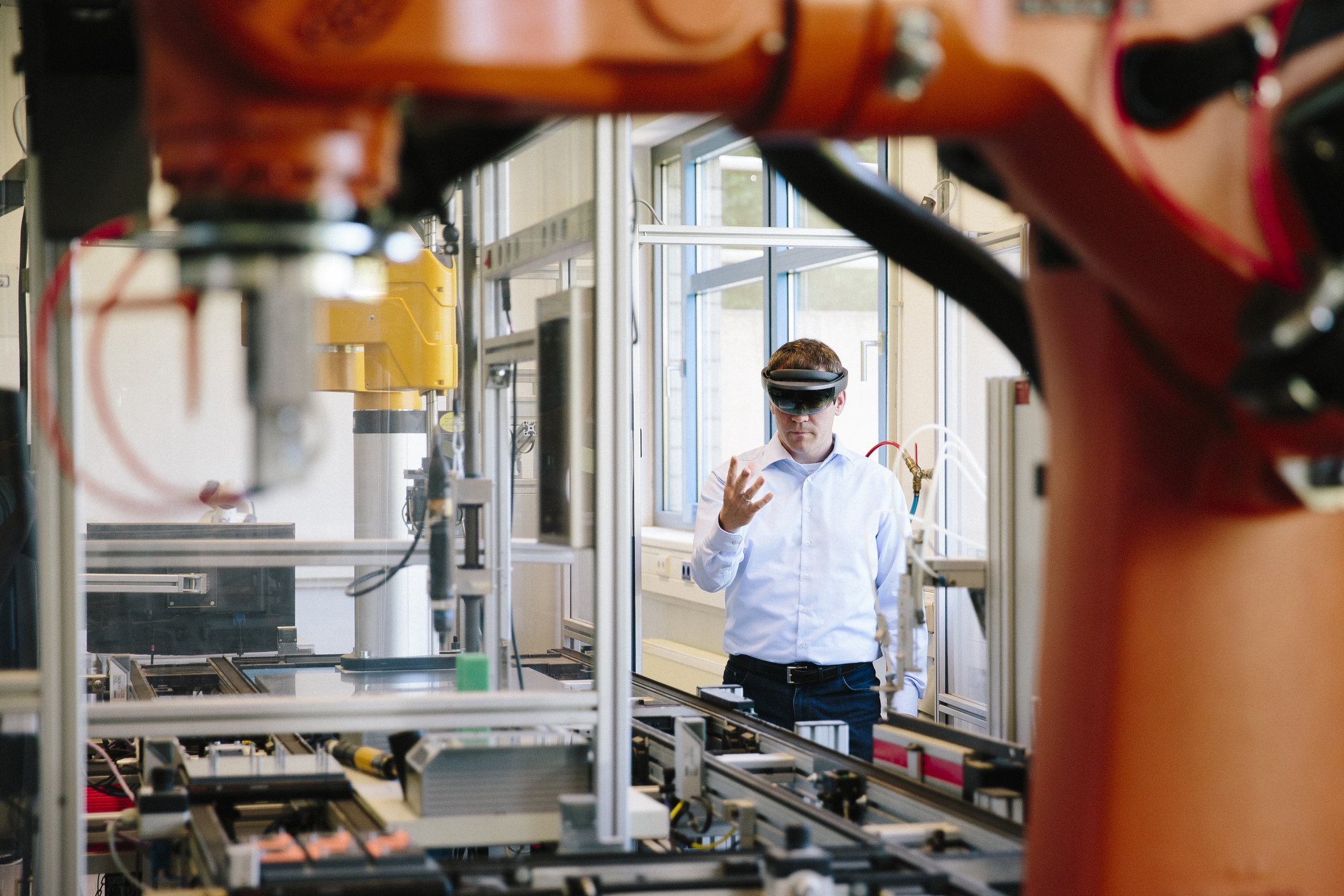 Above: Expect high-bandwidth technologies, such as augmented and virtual reality visualization, to play an increasing role in manufacturing as engineers and floor technicians can improve physical processes with virtual guidance. 5G will give these workers greater ability to perform these tasks wherever needed.

Phase 1 established a solid foundation for industrial use. It links three key metrics to use cases:

The heart of Phase 2, at least insofar as manufacturers are concerned, is the enhancement of Multi-User, Multiple Input Multiple Output (MU-MIMO) technology, often called Massive MIMO. MU-MIMO first appeared in Wi-Fi 5, and it uses multi-antenna beamforming to focus wireless signals between transmitter and receiver for greater performance. Whereas single-user MIMO could only pass data between a pair of wireless devices, MU-MIMO allows multiple pairs to stream data simultaneously, up to the limit established by the particular router or access point. MU-MIMO will allow manufacturing environments to increase device power levels and power efficiency as needed for faster, more reliable performance.

Power management is key when trying to maximize 5G deployment value. Phase 2 implements a feature called Wake Up Signal (WUS) that instructs a device to power up its control signal monitoring systems only when needed for data communications, then put those systems very quickly back into low-power standby when transmissions finish. Because such events are frequent, the cumulative power savings can be substantial, which translates into much fewer battery replacements over time, thus saving on battery costs and labor hours for maintenance.

Another core element of Phase 2 for manufacturers is the introduction of time-sensitive networking (TSN) for 5G networks. Historically, TSN over Ethernet was the only feasible conduit for synchronizing devices across a manufacturing floor or mechanical system so that any or all devices could act at precisely the same time, down to sub-millisecond-level accuracy. As noted by the Industrial Internet Consortium, “TSN will open up critical control applications such as robot control, drive control and vision systems to the Industrial Internet.” 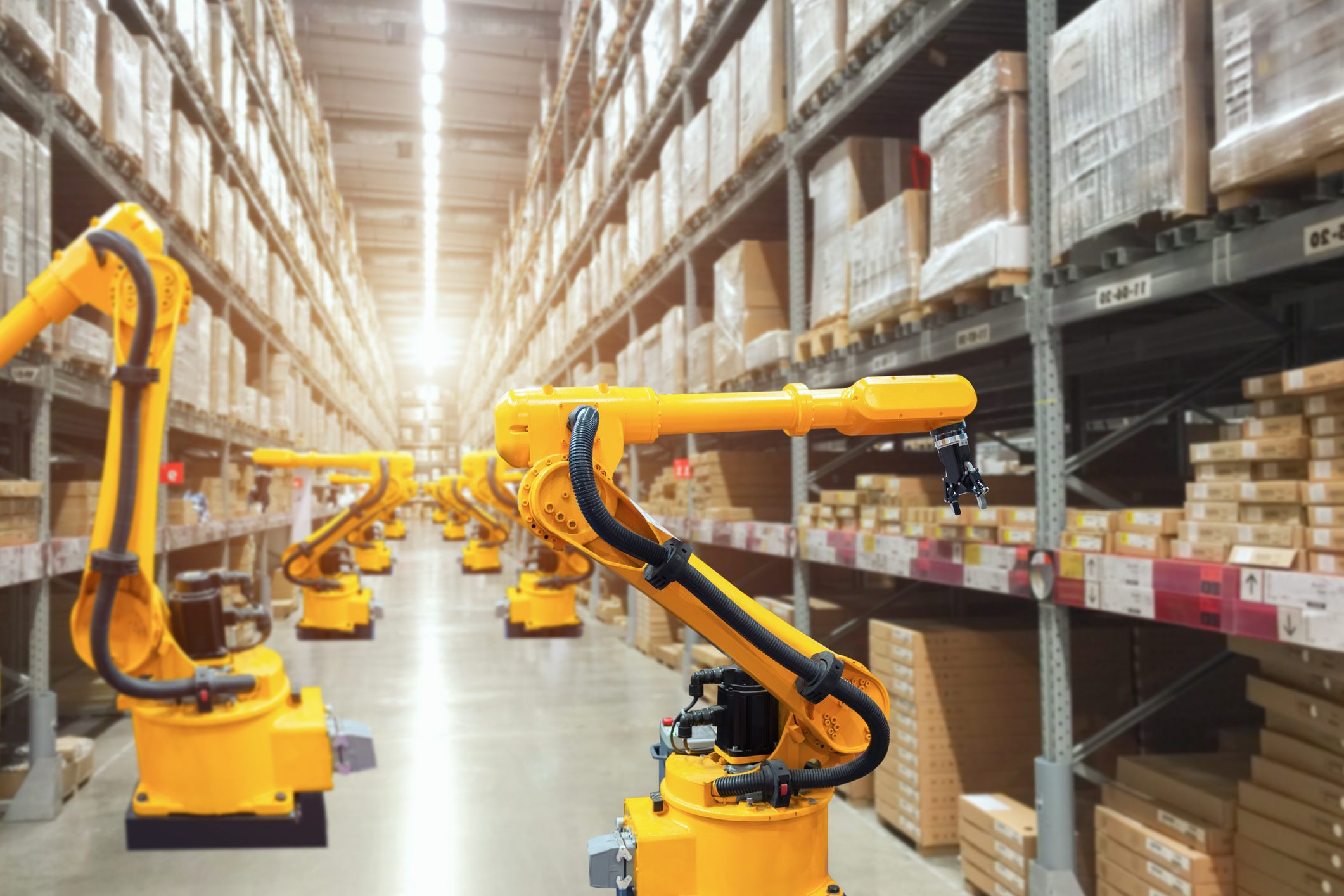 Above: TSN can play a critical role in synchronizing the timing of robotic movements across a factory setting while other 5G features, such as device location to within three meters, can add new sensing and control capabilities that would have been difficult or impossible with Ethernet.

However, there’s more to TSN than synchronization. For TSN to work its magic over wireless, new efficiencies need to be achieved. Intel senior principal engineer Richard Burbidge, who chaired the 3GPP’s RAN2 group from 2015 to 2019, offered VentureBeat one example.

“Industrial use cases in factories often have very particular traffic characteristics different from what you would typically see in a mobile network offering services to smart phones. Factories often need quite small packets delivered in a very time-sensitive manner. The aim was to enable that over 5G instead of the wired network, and because it will be common to join those wired and wireless networks, it will be possible to run the Ethernet traffic over 5G. So, one piece we added to the time synchronization side was the ability to compress Ethernet headers. If you remove the Ethernet headers, you reduce the overhead. That’s not purely about the latency and reliability elements that factory applications often focus on, but it was very much targeted at the industrial sector.”

TSN is part of the URLLC functionality that expanded in the move from Release 15 to 16. Intel demonstrated TSN to great effect in a proof-of-concept with Bosch. The project “focused on the motion control of the angle and speed synchronization of high-speed rotating wheels where the primary and secondary controllers communicated over 5G using the open-standard Open Platform Communications Unified Architecture protocol. 4K HD video traffic was also carried simultaneously over the air within Intel’s 5G prototype system on a 3.7 GHz spectrum.” 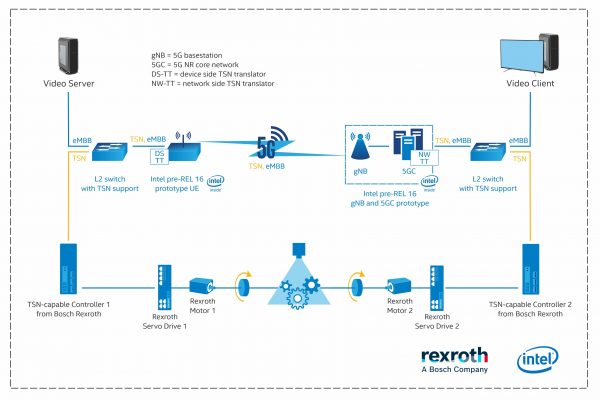 Phase 2 also adds support for unlicensed 5G spectrum (NR-U) in the 5 and 6 GHz bands. NR-U will provide affordable access to new performance and functionality, such as the ability to operate across multiple bands simultaneously and aggregate service from different carriers. This will help boost availability, reliability, and performance in factory settings. Combined with another facet of Phase 2, Non-Public Networks (NPN), manufacturers will be able to establish private 5G networks within their walls, which may bolster performance and enhance security.

Not least of all, Phase 2 incorporates support for low-power, wide-area (LPWA) protocols, such as NB-IoT and LTE-M. Both protocols existed within 4G/LTE, but their adoption into 5G opens new doors for making mobile IoT, massive IoT, and LPWA use cases a reality with much improved performance.

As advanced as 5G now appears with Phase 2 functionality and support rolled into it, manufacturers can anticipate further exciting developments. For example, just as communication networks are increasingly turning to software-defined operation and virtualization to increase flexibility and cost-efficiency, expect similar capabilities with 5G in the future. Intel has been working to make this possible with a lineup of hardware, software, and solutions for 5G infrastructure and a decade of experience in supporting customers transforming their networks with a software-defined, agile, and scalable infrastructure. Bringing this cloud architecture to the network delivers the same server economics that transformed data centers years ago.

Coming up soon, look for 5G Release 17 in 2021 (officially) or, as VentureBeat reported, quite possibly in 2022. Release 17 will offer 5G over satellite, bolster the device location accuracy already present in 5G, and support NR-Light. NR-Light targets a gap, in terms of data rate and battery life capability, between the performance offered by eMTC/NB-IoT and that offered by NR for eMBB type services. NR-Light can deliver 100/50 Mbps of uplink/downlink throughput on only 10 or 20 MHz of radio bandwidth. This could greatly enhance industrial IoT cameras, sensors, and even wearables deployed throughout a factory.

At last, 5G is ready to evolve factory and operational systems, opening the door to greater IT integration, efficiencies, and a host of improvements still to come. Ultimately, all of this opportunity follows from the work done by the 3GPP and its many members.

“3GPP is a massive collaborative effort from a very large number of companies in the ecosystem, all working together to produce a single standard” says Intel’s Burbidge. “This results in a competitive market of standard-compliant equipment. Now, a lot of past work targeted the mobile network operators, but more recently the 3GPP has been trying to target other vertical sectors, as well. It’s possible for the industrial sector and its partners to develop proprietary solutions that would meet their needs. But by utilizing a standardized technology like 5G, you have the opportunity to leverage this massive collaborative development effort. It results in big competition in equipment supply and all the economies of scale that come with a standard-based solution.”