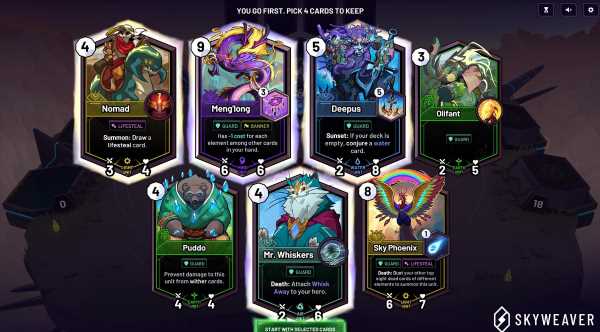 Horizon Blockchain Games has raised $4.5 million to further develop its blockchain-based gaming ecosystem around games such as Skyweaver.

Toronto-based Horizon Blockchain Games views itself as both a game company and a Web3 wallet and platform for blockchain technology.

“We have a lot of excitement around bringing on Bitkraft as an investor, deepening our relationship with CMT, who has been our investor since early 2020, and this is really meaningful,” said Michael Sanders, cofounder of Horizon Blockchain Games, in an interview with GamesBeat. “We’re excited to be one of their very first investments into blockchain and Web3.” 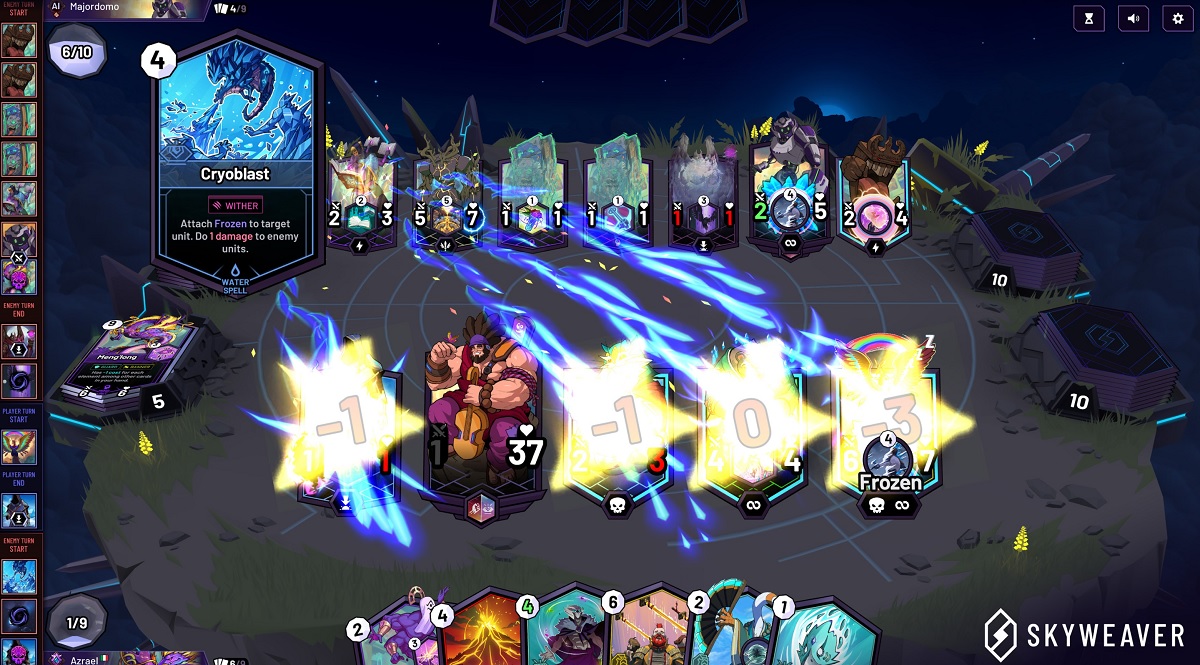 Above: Skyweaver has NFTs.

Horizon Blockchain Games got its start in January 2018 and it launched its Skyweaver HTML5-based digital collectible card game in 2019 with non-fungible tokens (NFT) — a couple of years before they exploded on the landscape. The game also has iOS and Android app versions.

NFTs have exploded in applications such as art, sports collectibles, and music. NBA Top Shot (a digital take on collectible basketball cards) is one example. Built by Dapper Labs, NBA Top Shot has surpassed $700 million in sales, just seven months after going public. And an NFT digital collage by the artist Beeple sold at Christie’s for $69.3 million. Gaming has a couple of new unicorns, or startups valued at $1 billion, in Animoca Brands and Forte. NFTs are now selling at a rate of $62 million a week, though the initial hype around NFTs is dying down from a peak in May of $175 million a week, according to Nonfungible.com.

Horizon’s vision is to bring the symbiotic economies and power of Web3 (the decentralized web, built around the transparent and secure digital ledger technology) and the cryptocurrency Ethereum to players, consumers, and developers alike with products tailor-made for everyday Internet users on the decentralized web. It makes the Sequence crypto and NFT wallet as well as the Skyweaver game, which is designed to be simple, fun, and accessible for everyday users. 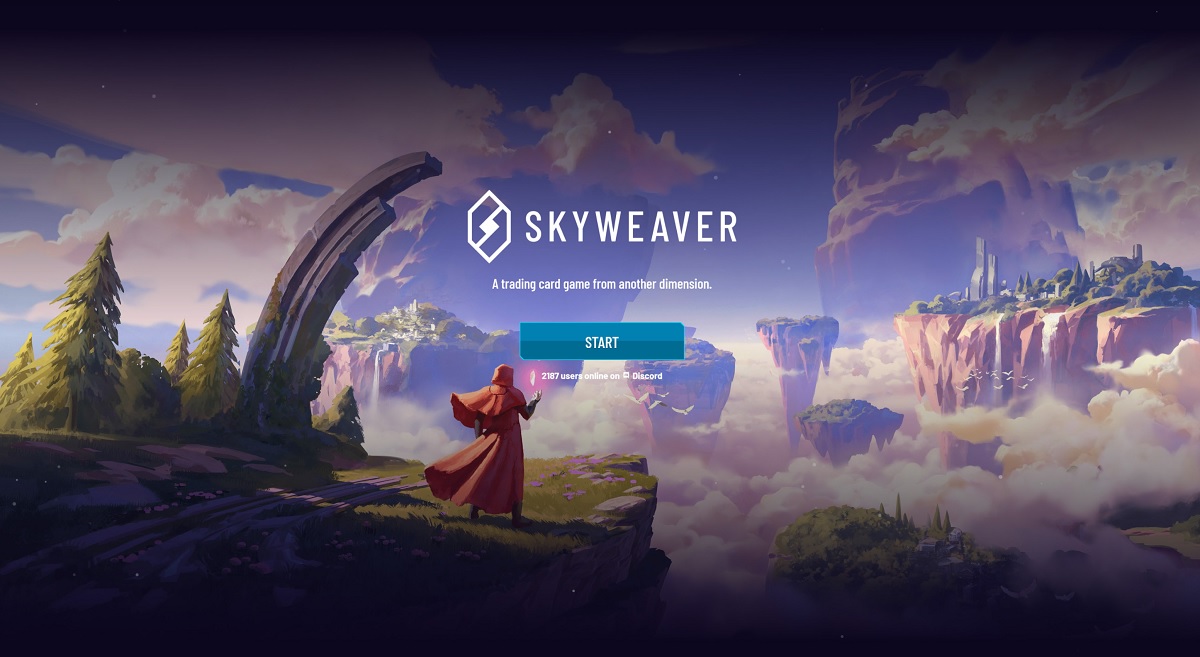 “We really believe that in the next decade every company is going to be a Web3 company, and that every person with an internet connection will have a Web3 wallet. And that’s where we’re heading,” Sanders said. “We’ve held this thesis since 2018. And it’s really wonderful to see more and more projects come online, with more validation.”

Horizon is giving end users a game and a consumer-friendly wallet to access Web3, while also providing developers with tools to build the future of a truly decentralized world wide web.

Currently part of Ubisoft’s Entrepreneurs Lab Season 6, Horizon will launch its wallet and developer platform, Sequence, and digital trading card game, Skyweaver, in 2021. The game will let players play-to-own NFT cards and give them the power to sell, trade or buy these cards. Players can transact through the game’s peer-to-peer decentralized marketplace that connects to the player’s wallet where all of their digital game items are securely stored.

“Our vision is really to build this new dimension where internet economies are fun, accessible, and for the benefit of all participants,” Sanders said. “And we’re doing this by driving Web3 adoption by making blockchain easy, fun, and powerful for users and developers. And we have the products, Skyweaver, which is our free-to-play trading card game, where players are rewarded for their skills. And then we have Sequence, which makes it easy for users to access Web3 and Ethereum with our consumer-friendly crypto and NFT smart contract wallet.” 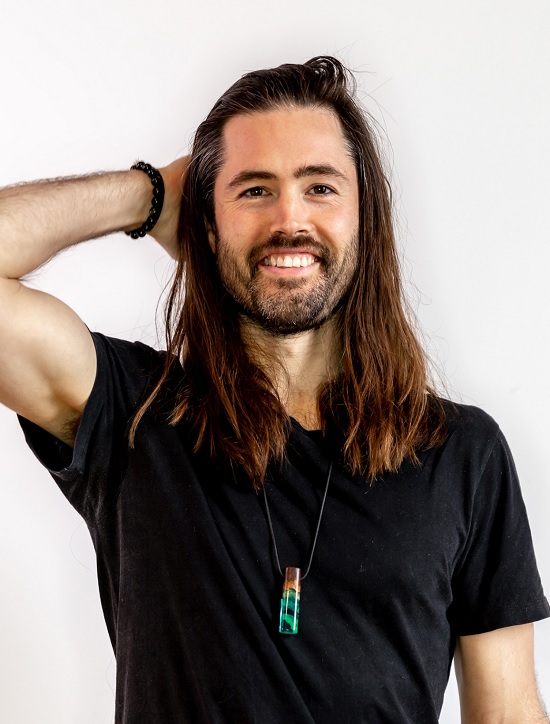 Above: Michael Sanders is cofounder of Horizon Blockchain Games.

The combined tech makes it easy for devs to build applications for Ethereum on the Sequence developer platform. The game itself runs on the Polygon network, which sits atop Ethereum and enables the company to avoid “gas fees,” or costs associated with using computing power related to the Ethereum blockchain.

Sanders said the game has more than 66,000 user accounts created to date as well as 25,000 users on Discord. That’s not a lot, but it was accumulated during the private beta test, and the game is launching in a bigger way this year. Many blockchain games are in the same boat, but that doesn’t mean that the mainstream users aren’t interested. Rather, it means that it’s early. And some blockchain game companies have said they have been able to become profitable on a relatively small base of users, particularly the crypto enthusiasts who spend a lot of money.

The company has held more than 10 community-run tournaments, the majority of which have had third-party cash orcrypto prize sponsors. It has a community-run league called Skyweaver Leagues with regular events and reports, and it has done no paid advertising in the past year. The company has 27 employees and it has raised $13.3 million to date. 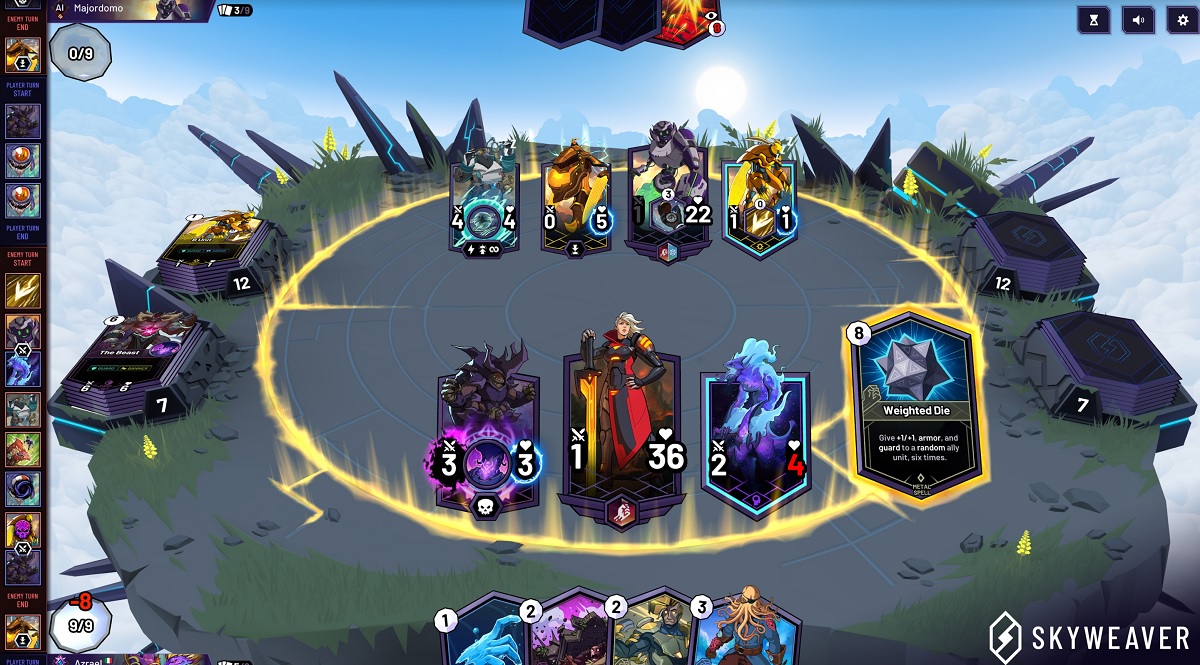 Above: Skyweaver has a Discord community with 25,000 players.

Sanders said the current users are valuable in the sense that they’re growing the community, but Horizon hasn’t actually turned the live economy in the game yet. So the company isn’t yet monetizing, and it continues to test the game, which has more than 500 unique cards..

“We really take a game first approach with Skyweaver to appeal to the trading card game player,” Sanders said. “We’ve been in our private beta for almost two years now, and there are some players who have been playing the entire time.”

Eventually, the company will open up the game in an open beta, Sanders said. The NFT cards are something that players can earn, and they don’t give players a gameplay advantage over other players. Rather, they’re prestige cards, Sanders said.

“They let you flex your status, and you can see these cards too,” he said.