The Persona Awards (@PersonaAward on Twitter) is a currently-running online popularity poll where fans can vote on their favorite characters from the Persona video game franchise. Run by Persona YouTuber Jamezietocool (@Jamezietocool on Twitter), the poll asks fans to vote between two characters randomly pitted against eachother. Though the awards are still going, the results from the most recent round had some fans—particularly, some very passionate Goro Akechi fans—pretty heated. 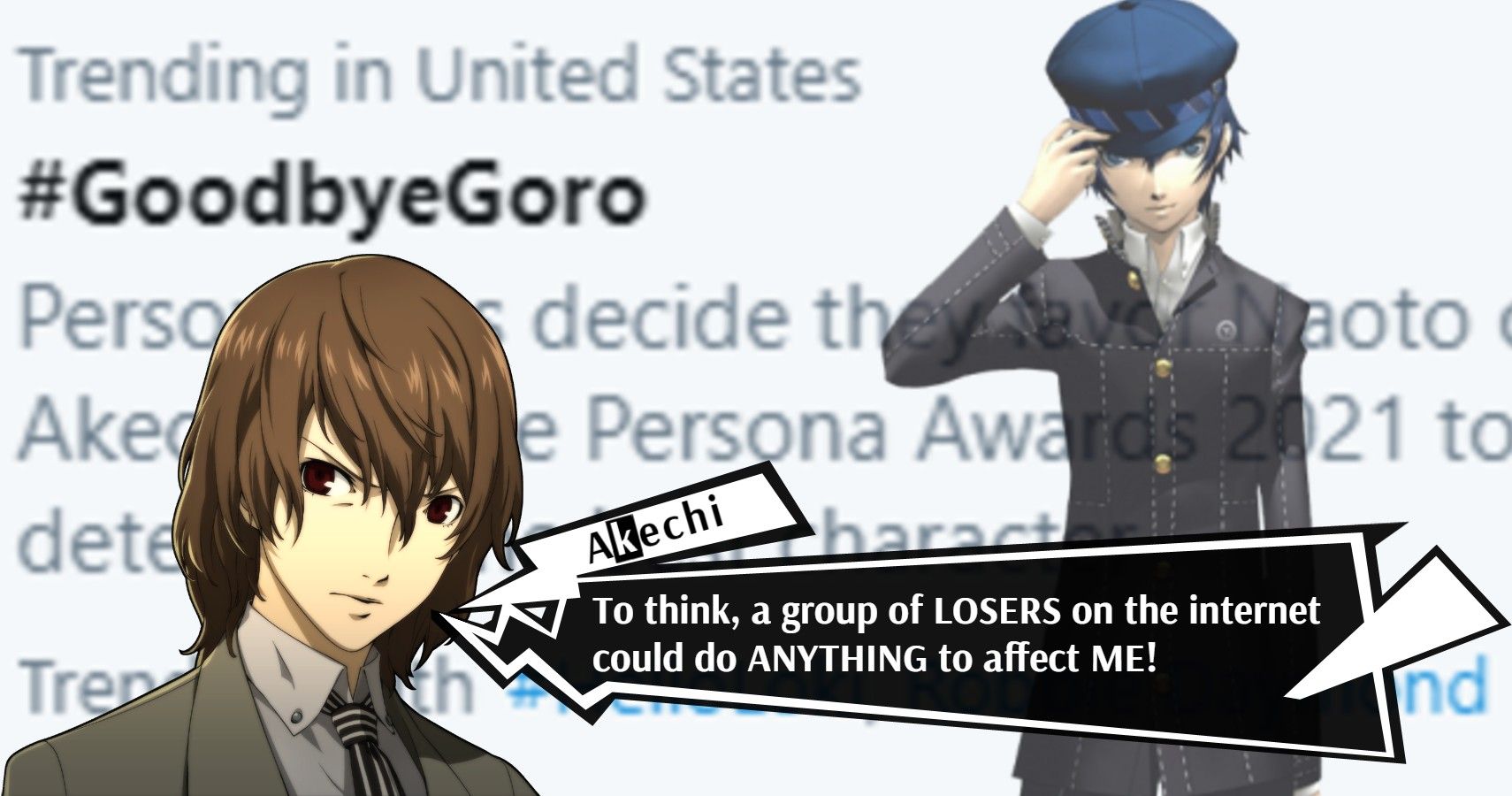 In a very close race, Persona 5’s Goro Akechi came second to Persona 4’s Naoto Shirogane. This means Akechi will not be moving forward in the poll.

Akechi stans did not take the news lightly, to say the least.

Following the results, Twitter user @signalswaps created the hashtag #GoodbyeGoro to commemorate the character’s short-lived run in the Persona Awards.

Over the course of the day, the hashtag slowly began to blow up, with Persona fans tweeting it alongside their favorite Akechi quotes, ships, and even entertainingly and impressively edited fancams.

Even the Persona Awards account itself had to acknowledge the pretty amazing turn of events following the poll results.

Eventually, the hashtag became so popular it started trending on Twitter.

Even Robbie Daymond, Akechi’s voice actor, took notice of the trending hashtag. In reply, he recorded a short audio message in Akechi’s voice commenting on the recent loss in character.

“Oh yes, I saw your hashtag,” the audio message began. “Do you really think someone like me, an Ace Detective, would give a sh*t about your pathetic, little popularity poll? To think, a group of losers on the internet could do anything to affect me! For every one vote I received, there is a legion of my supporters out there! Waiting in the shadows…waiting for their moment to trend at Number One! Just you wait…vengeance will be mine. #GoodbyeGoro…how about #HelloLoki!”

At the time of writing, #GoodbyeGoro is still trending on Twitter.