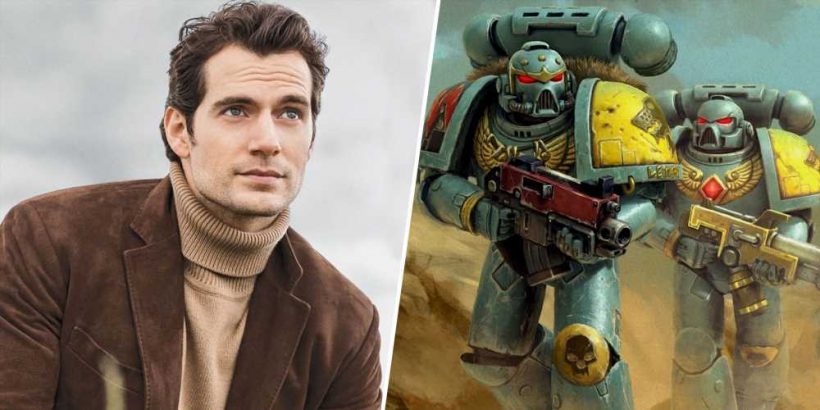 A new report has claimed that Superman actor Henry Cavill is in the final stages to star and executive produce a Warhammer 40,0000 TV series for Amazon. Cavill shocked the world earlier this week for announcing he would not be reprising his role as the Man of Steel for DC anymore after James Gunn revealed a new movie is in the works that will star a younger Superman.

Cavill seems to have landed on his feet though, as a report from the Hollywood Reporter has claimed that Amazon is in the final stages of acquiring the rights to Warhammer 40,000 and that the actor is attached. No further information about the show has been released as of yet, although Amazon has apparently been in negotiations for the rights to the franchise for a while now, and has fended off multiple other potential buyers.

While Cavill hanging up the cape came as a bit of a shock to many, the news that he's going to be involved in something Warhammer related won't be. His love of the series is just as well known as his love for The Witcher at this point, and any potential Warhammer series was inevitably going to feature him at some point. It's worth noting that Amazon's deal with Games Workshop doesn't seem to have been finalized just yet so none of this is set in stone at the moment, although it will more than likely go through without any issues.

Amazon has been pretty busy snagging up big properties for it streaming service, as it recently confirmed reports that a God of War TV series will be coming to Amazon Prime at some point in the future. Wheel of Time writer and executive producer Rafe Judkins will headline the show, while The Expanse writers Mark Fergus and Hawk Ostby as well as God of War (2018) director Cory Barlog are also on board.