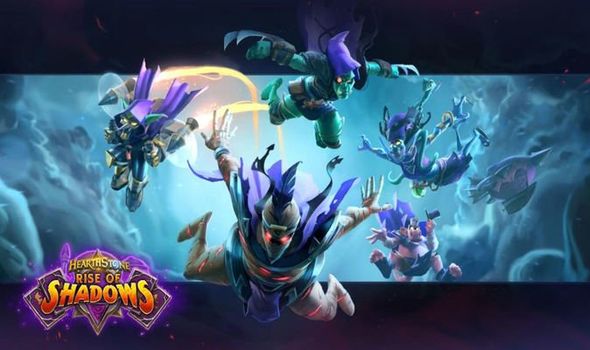 Hearthstone Rise of Shadows card packs have been released today and comes with some free rewards to collect.

After updating the game, fans will be able to complete a series of Launch Week Challenges to add new cards to their collection.

This is a good way of boosting your deck early on, with Legendary Launch Quests available to everyone who can log in for the first five days.

Each day will have certain tasks available to complete, which will add a new Rise of Shadows card pack to your account, along with an older one.

The final day will include the most number of packs that can be unlocked for free, with a total of 12 packs available to unlock.

The Legendary Launch Quests will run as follows:

Another bonus available to everyone is being able to add the new Archmage Vargoth card to your deck, simply by logging into the game before June 8.

The new Hearthstone expansion adds 135 new cards to the game, along with the new Lackeys, Schemes and Twinspells mechanics.

Other big events include the launch of the Year of the Dragon, which means other card sets no longer being available to buy from the store.

Here’s more information from Blizzard, who confirm: “The Year of The Dragon has begun, and we are waving a fond farewell to the Year of the Mammoth sets.

“In addition to the yearly set rotation, Rise of Shadow will introduce a regular rotation of available cards from both current and previous expansions to the Arena.

“To kick things off, the available cards will have a decidedly . . . Evil theme. Here’s which sets you’ll have access to when choosing cards in the Arena: Basic, Classic, Naxxramas, Whispers of the Old Gods, Mean Streets of Gadgetzan, The Witchwood and Rise of Shadows.”