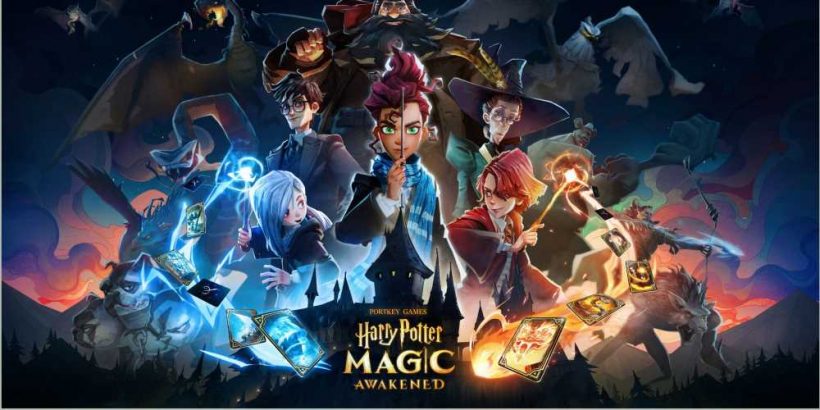 Since launching in September 2021, Harry Potter: Magic Awakened has since become the biggest new release in China last year. Given the game made developer NetEase's revenue jump by 15% and the game gathered 15 million pre-registrants, its safe to say that Magic Awakened is an enormous success.

And now publisher Warner Bros. is hoping to capitalize on that success by expanding Harry Potter: Magic Awakened to the rest of the world. Pre-registration is now available on the official Magic Awakened website for release on Android later in 2022. An iOS version is also planned (and indeed, one already exists in China) but a release window hasn't been announced yet.

Magic Awakened has all the magic of the Harry Potter universe but condensed into a mobile RPG with card-based combat. Spells, charms, and other magical abilities are all represented by collectible cards which you can learn by taking classes, visiting the Library, or as quest and combat rewards.

Hogwarts comes alive thanks to a unique art style and 3D locations from the Harry Potter universe, such as Diagon Alley, Hogwarts, and Hogsmeade. Characters from the books and films are also represented in-game, such as Hagrid, Ollivander, and Professor McGonagall.

The game comes with an all-new story campaign, but fans of the books can play through the original stories as Harry, Hermione, and Ron in the Book With No Name puzzle minigames. There's also Quidditch, magic duels, and online multiplayer in either cooperative PvE or PvP.

“With Harry Potter: Magic Awakened, we have worked jointly with NetEase Games to create the most robust multiplayer experience set in the wizarding world and we are very excited to launch the game globally,” said David Haddad, president of Warner Bross. Games. “Harry Potter: Magic Awakened utilizes the best-in-class development and publishing capabilities of both NetEase Games and Warner Bros. Games to bring players a captivating gameplay experience with compelling features, an in-depth collectible card system and beautifully distinct art style.”