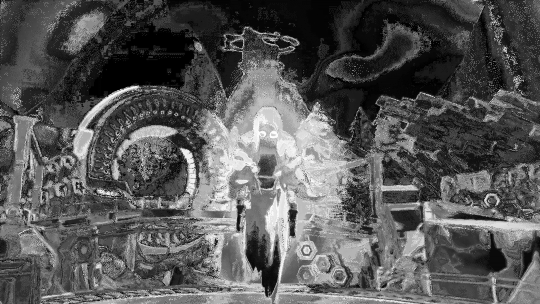 Last month’s Zenith beta suggested the VR MMO could go the distance. Read our hands-on below.

Watching from afar these past few years, I’ll admit I thought it was a given Zenith would fail. Heck, I didn’t even think it would get to the point it would be considered a fail – I’d assumed it was destined to fade from memory without so much as an apologetic tweet or under-the-radar Steam store update.

Two and a half years on from those presumptions and, well, I look a bit silly. I’ve played Zenith. In fact, I’ve played it on Quest 2, which basically means I’ve played it on the most challenging of platforms that developer Ramen VR will be toiling away on. And it’s good. I think it’s very good, even. But that’s of course based on just a few hours of what promises to be a much, much bigger experience, and there’s still much to learn about what the developer is cooking up.

Zenith has just enough of VR’s newness sprinkled into the classic MMO formula to make me think people that love the latter element are going to devour it and people that want the former and going to respect it.

There are two core classes to start with that basically split the MMO crowd right down the middle: swords or spells. Warriors will dual-wield electric katanas, slicing in deliberate patterns to maximize damage, whereas mages (or at least spell shooty people, as I’ve come to think of them) use two wrist-mounted, laser-guided gauntlets for projectile attacks.

There are smaller sub-roles to consider like being a tank, too, but combat is the main decider in what kind of experience you have. Mercifully, at least as far as I can tell, the game seems to have ditched the Beat Saber-style approach it first promoted as taking onboard in 2019.

Sword combat deftly avoids the pitfall of VR waggle – you can just hammer enemies repeatedly, but you won’t be doing much damage. Instead you need to allow time for your swords to charge between each attack to maximize your attack power. It’s a smart way of ensuring Zenith isn’t just about mindlessly waving your hands around and watching numbers fly with little to necessitate it being in VR. You can always swipe horizontally and vertically to initiate special attacks for extra damage and buffs, though I’m yet to dive in to find out deep the upgrades and progression to these systems really go.

Magic — something I’ll admit I usually shy away from in this genre — seems simplified, but that works in its favor at least in this early stage. Point, shoot and occasionally press a different button to activate your other powers. I haven’t seen much in the way of complex systems to maximize the effect of your attacks, but this makes the class really approachable early on.

Other VR-specific touches are sprinkled throughout. There’s the freeing physical climbing you can find pretty much anywhere these days and then Population: One stops by to lend what’s probably its key contribution to the industry – instant gliding by making players assume the t-pose. It puts a welcome spring in the step of a genre that historically moves at a snail’s pace.

What’s more familiar, though, is Zenith’s structure. Past the surprisingly brief tutorial, you’ll be let into the game’s first environment with a swathe of other players. Here you’ll take on your usual assortment of fetch quests. There’s lots of killing a certain type of monster once… and then doing it all again 5 minutes later. And, hey, that’s all great if a little routine in these early days. Zenith does just enough with its VR interactivity to make up for the early obviousness of its objective types, but I definitely hope to see more elements that speak specifically to the platform later on in the game.

And, of course, there’s the social aspect. I really took to the ease and openness with which I could play After The Fall with pretty much any VR owner when it launched last month and that simplicity seems to be fast approaching a common trait in the industry. Just choose the right server, meet in the same place and you’re in. Not only that but you’re in with friends that have great full body representations, with the ability to party up just a few clicks away.

The fundamentals seem well in place for Zenith’s launch later this year, then. But, as I said before, all of this is a very surface reading of what the MMO has to offer thus far. I’m looking forward to diving back in for a deeper look during this month’s second beta and then, obviously, really pushing how far it can go during launch, which is promised for early 2022. As it stands, though, Ramen VR has already gone beyond my reserved expectations. Now it just needs to stay above that bar for another 50+ hours.