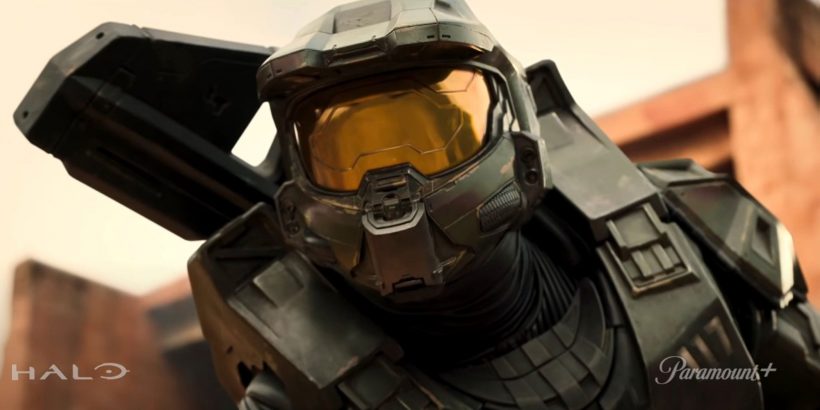 It currently seems like not a week goes by when another iconic video game hasn't been selected for a movie or TV adaptation. Just some of the projects currently in development include God Of War and Mass Effect TV shows, as well as an It Takes Two movie. Needless to say, the many people working on those and similar projects will be watching closely when Halo's TV adaptation debuts on Paramount Plus later this month.

Halo fans have already been watching closely, scrutinizing even the most minuscule detail as the trailers have been compared to two decades of Halo games. Some eagle-eyed viewers spotted an early 00s Chevy Tahoe lurking in the background of Halo's Super Bowl spot. Peculiar as the series is set more than 500 years in the future. Either the car was included accidentally, or it's the hardiest Chevy the world has ever known.

The creators of the Halo show have been fielding all sorts of questions this week, and during an interview with Polygon, showrunner Steven Kane and creative director Kiki Wolfkill addressed the Chevy's presence. “There's no such thing as too fast a shot to notice something. We have to assume every single frame will be examined,” Wolfkill explained, highlighting that if it made it into the trailer, then there's a reason for it being there.

Kane added that it is “both frightening and exhilarating to know people care that much.” To know that fans are so excited for the show, they are paying close enough attention to catch sight of a car they thought shouldn't be there even though it was only shown for a split second. The good news is the showrunners claim they knew it would be seen on screen and that it's there for a reason. The bad news is the exact reason 2000s Chevys are still around in the 2500s hasn't really been divulged.

What isn't a secret is that the Halo show will not follow the same timeline as the games. While its characters and elements will be familiar to those who have played Halo, it will be set on a new Silver Timeline. Executive producers on the show told TheGamer during a recent interview that the show won't be canon, but it will be canon adjacent. Only a week to go until we start to find out exactly what they mean by that.