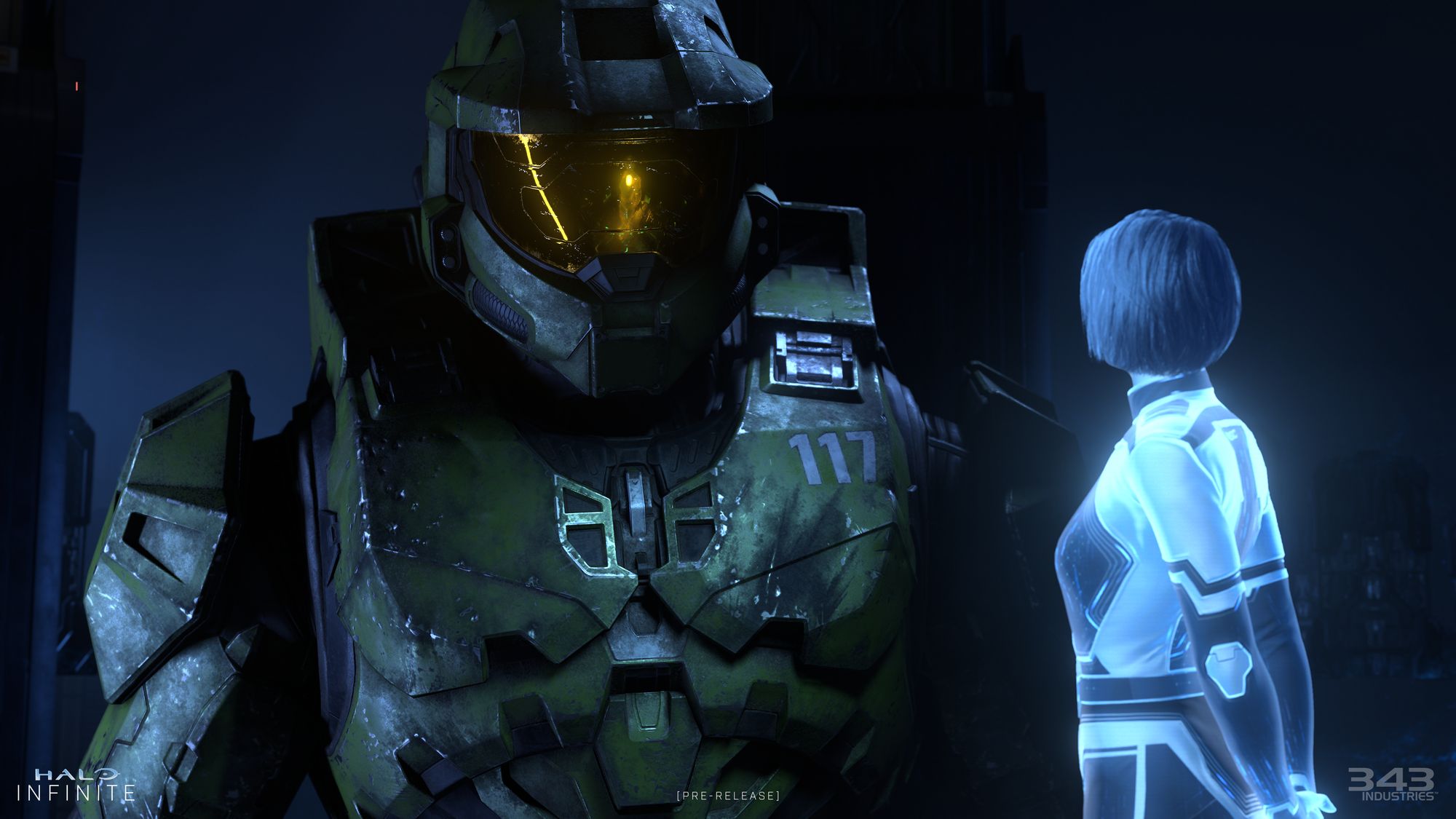 The multiplayer has already been out for weeks but how does the story campaign for Halo Infinite compare to the rest of the series?

What a long, strange ride it’s been for Halo Infinite. Announced back in 2018, with little explanation of what it was or what it intended to do, the game became a laughing stock in its first gameplay reveal, primarily thanks to its sub-par graphics. That resulted in a year long delay that meant it completely missed the launch of the Xbox Series X/S and only barely made it out this year, with the Forge and campaign co-op options having to be delayed until 2022.

That’s only one of many problems with reviewing the game at launch, with the most obvious being the fact that the multiplayer was released as a free-to-play download three weeks ago. If you have any interest in Halo at all you’ll already have formed your own opinion on how that’s worked out, although concerns over the progression system mean it is undergoing major change even before the main game’s launch.

We’ve always been strong believers in a scored review, but Halo Infinite really does test the limits of its usefulness. The multiplayer is by far the best part of Halo Infinite and while the campaign is no disaster it’s something we’d hesitate to recommend at full price… except of course most Xbox owners won’t be buying it as a standalone package but as part of Game Pass. All of which makes coming to a final verdict almost impossible.

This review will take in both sides of Halo Infinite but since the multiplayer has been out for so long already, and we’ve already reviewed it as a sperate entity, the focus will naturally be on the campaign. The story mode is an entirely separate option, that gives every impression of being created by an entirely separate team, and the first thing that becomes clear is that despite the name this is very much Halo 6.

Presumably it wasn’t called that because Microsoft didn’t want people to think they had to play the other five to know what’s going on. That makes sense except… if you have haven’t played the other five – or at least Halo 4 and 5 – you really won’t have a clue as to what’s happening or who anyone is. In fact, you should add Halo Wars 2 to that list, as Halo Infinite features extensive plot elements from that as well.

While the multiplayer has a whole separate section dedicated to explaining every element of its design, the campaign makes zero attempt to explain anything. There’s no clue as to who or what Master Chief is, who he’s fighting and what they want, who Cortana was and what she did, what a Halo is or… anything really. Given Halo 5 was six years ago the lack of context, or even something as simple as a ‘Previously on Halo’ summary, is absolutely bizarre.

The laconic Master Chief has always been something of a blank slate but this time round his AI companion is literally that, which means the only individual with any proper characterisation is an annoying pilot who is clearly meant to be sympathetic and, unlike the other two leads, very human, but he just comes across as an annoying whiner.

Halo Infinite won’t be winning any storytelling awards, but the strange inaccessibility of the plot is nothing compared to the peculiar structure of the campaign itself. Although developer 343 Industries has been careful not to describe the campaign as open world, we think most people assumed that was just meant in the same manner as Sony’s insistence that God Of War wasn’t fully open world either. But that’s not what 343 mean.

What they’re getting at is that after the two intro levels the game becomes fully open world until about the halfway point in the plot and then goes back to being just straight, linear levels right up until the very end. As such, you only get to return to the open world again after you’ve beaten the story (at which point everything has become trivially easy and you’re ticking off icons from the map in a manner that makes the worst Ubisoft games seem organic and unpredictable).

Maybe we missed a memo but that was not what we were expecting, and we’re pretty sure no-one else was either. It’s not necessarily a problem – the open world isn’t very varied in terms of scenery or objectives and you’re not especially sad to see it go – but it is very, very strange. Especially as almost everything after the halfway point happens in non-descript sci-fi corridors that look like they’re from an Xbox 360 game (the same is largely true of the open world as well, with a lot of very ugly object pop-in).

Of course, that is largely the point; maybe not in terms of the low-tech visuals but while this is not a soft reboot in terms of story it is when it comes to the back-to-basics gameplay. In Halo Infinite you’re playing as Master Chief all the time and while you’re technically not fighting the Covenant the alien species are the same as the original games, with only one rarely seen, and not especially interesting, addition.

The gunplay is very good, but it does lack the same distinct physicality of Bungie’s work. And yet for better or worse the weird control system and unconvincing physics for vehicles is the same as always. There are other modern shooters that do both things better, but Halo Infinite is not that far behind, and the failings barely register in multiplayer.

In the campaign it becomes more noticeable simply because there’s not anything else to do. There are secrets to be found but almost all of them are highlighted on your map as soon as you get close to them, so there’s rarely any surprise as you reclaim enemy bases, blow up propaganda towers, rescue squads of soldiers, and collect Spartan cores to unlock new equipment abilities.

The open world design is okay but it always feels strangely cramped, with too little room for vehicles to run free and no way to destroy the trees that are always in the way. It’s actually much more fun to use your new grappling hook gadget, which while a collectible in multiplayer is with you from the start in the campaign. It’s easily the best new idea in the game and has no limitation on what it can hook onto, including reeling yourself towards enemies to give them an extra hard sock in the face when you get there.

It’s extremely easy to pick holes with Halo Infinite’s campaign but while 343 never find anything particularly interesting or new to do with the open world it’s perfectly fine. Plus, the weird campaign structure, by accident or design, ensures that neither style lingers enough for familiarity to turn into contempt.

Instead, the main failing is that the campaign never takes enough advantage of the things Halo is best known for. There’s surprisingly little vehicle combat, the artificial intelligence is a few steps above the norm but never stands out as much as it did in the early games, and while there are fun sandbox moments – we literally died laughing at one moment, where we shot a Grunt and their backpack exploded, killing the Brute next to them – they’re too few and far between.

If we were reviewing the campaign as a standalone game, it’d get a 7/10 at best but the multiplayer is harder to pin down. What’s there is great fun, and it’s no wonder it’s been an instant hit as it’s a welcome alternative to the predictability of Call Of Duty: Vanguard and the weird aloofness of Battlefield 2042.

Characters move faster than classic Halo but the action still feels enjoyably old school, with no loadouts or directional boosts (unless you pick them up as a power-up) and straightforward weapons with only cosmetic customisation. Not even aiming down sight is essential, which is a pleasing change of pace not just for Halo but first person shooters in general.

The fun comes from not only the quality of the action but it’s accessibility, with the unusually long TTK (time to kill) meaning that it’s easier for new players to learn and harder for veterans to take advantage of their experience.

The problem, as has been widely reported, is the progression system, which is absolutely horrible. It’s already being referred to by some as ‘pay-to-progress’, not only because of the expensive battle pass you have to buy to get anything (there’s almost nothing of value to unlock if you don’t) but that even with that the game is still riddled with microtransactions.

Things like changing the colour of your armour has been restricted purely so that more money can be wrung out of players and yet even if you do buy the battle pass, the amount of experience you earn from each match is pitifully small. 343 have tried to address this already, with a small update, but it underlines how much the design is based around limiting when and how you unlock anything – with the initial Fracture: Tenrai event set to drag on until April in six separate weekly stretches.

The online action is great, but everything could easily be ruined if Microsoft’s greed overtakes its better judgement. Like any such title it’s impossible to offer a final word at launch, even with the three week preview, but despite these issues – and concerns about increasing levels of cheaters – Halo Infinite’s multiplayer is easily the best new online shooter of the year and one of the best reasons to own an Xbox Series X/S.

The campaign is not though. It’s quietly entertaining but it feels half-formed, as if 343 were just as unsure as fans as to whether an open world environment was a good idea. It works, but it’s competent rather than groundbreaking, with the campaign as a whole offering little innovation in terms of either gameplay or storytelling.

With some features currently missing, Halo Infinite is already a mixed bag but at the moment the good easily outweighs the bad. Even if you don’t end up liking the campaign the multiplayer, despite its issues, does the one important thing it needed to do: show why Halo is so beloved and why it’s still relevant to the past, present, and future of gaming.