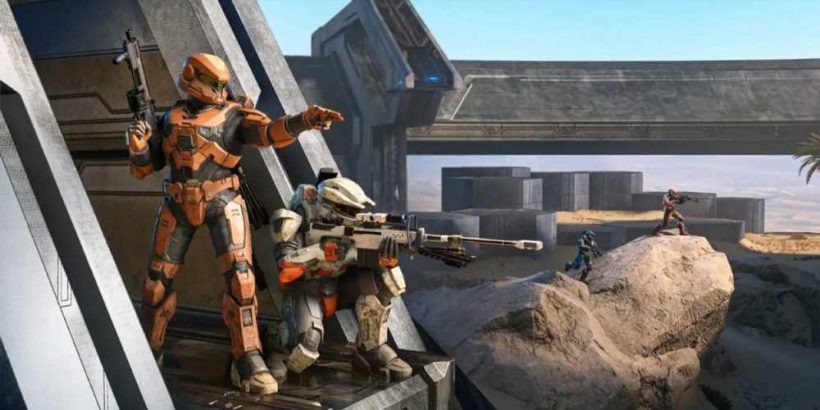 Halo Infinite finally launched more than a year late at the tail end of 2021, but it arrived in an incomplete state. No co-op campaign, for starters. The mode has been delayed a number of times and should be here by August, but gameplay that surfaced online this week has got players wondering whether this was our first look at Infinite's co-op campaign, or simply a really convincing mod.

As reported by GamesRadar, the first of two videos, which you can check out below, shows two Master Chiefs battling side-by-side right from the start of Infinite's campaign. Rather than having to fight off Covenant soldiers all by yourself, you have a fellow Spartan to lighten the load. There's also another video that shows the same two Master Chiefs doing battle shoulder-to-shoulder on Halo Ring Zeta.

One of the reasons Halo fans have been led to believe the above footage might be a leak rather than a mod is because the same has already happened for Forge. Another popular Halo mod that still hasn't been added to Infinite, Forge is slated to arrive even later than the co-op campaign. Again, another mod that has already been pushed back multiple times. If the Forge leak is legit, then perhaps the co-op campaign videos really are a good indicator of what to expect when the mod finally arrives in August.

Halo Infinite news has been a little light outside of the potential leaks and mods. Not a good sign for a live service game 343 will be striving to keep relevant for the long term. Its lengthy seasons will be partly to blame for that. Despite Infinite launching last year, season two has only just begun and will be six months long, just like the first.