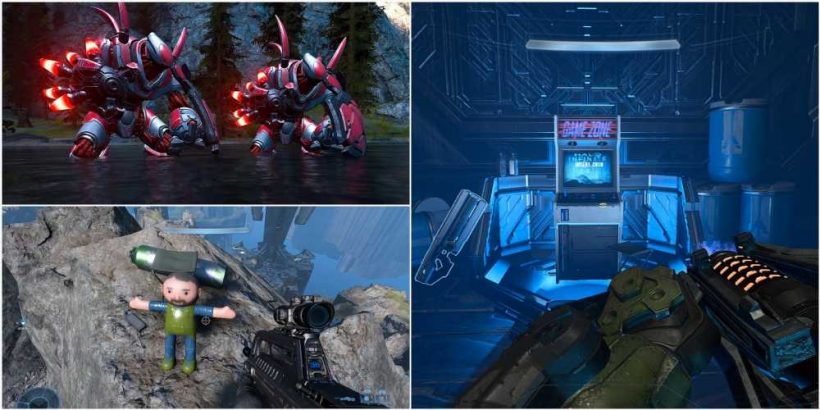 Halo Infinite takes the storied Xbox series to grand new heights with the open world of Zeta Halo. The majestic ring stretches far in every direction, and unlike the other games in the series, you have the freedom to explore nearly every kilometer of it. While it's easy to zero in on the next campaign mission, Halo Infinite begs you to explore the massive world and find hidden treasures.

The map of Zeta Halo might seem a bit daunting at first, but you’ll soon realize how easy you can travel across the environment using either Master Chief’s Grappleshot or commandeering an enemy Banshee. While most points of interest are highlighted on the map, you can stumble on a few hidden areas by free-roaming. If you missed these areas, maybe you should drop back into Zeta Halo and see for yourself. 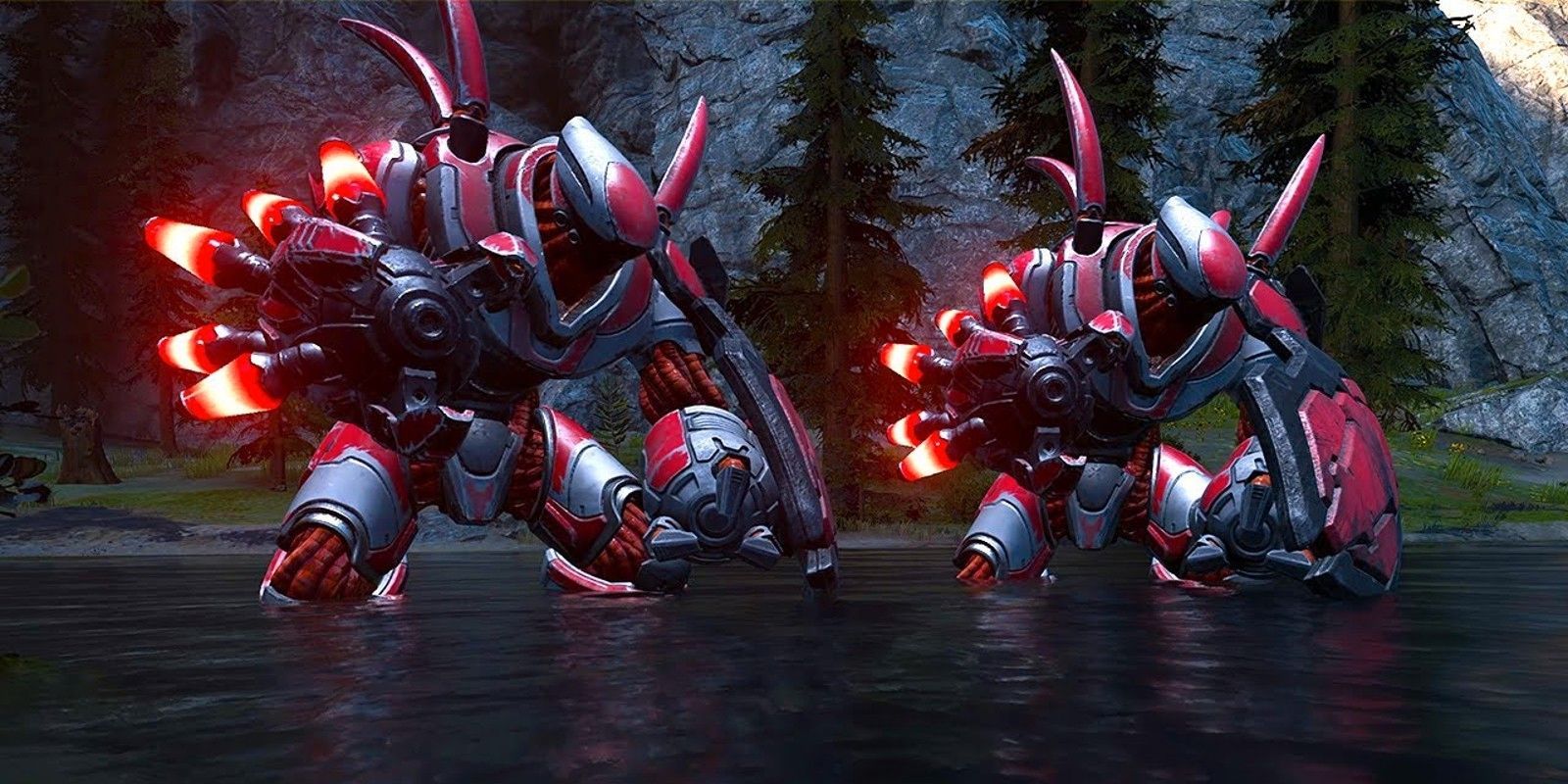 After you finish the first mission, you’ll find yourself near the northern part of Zeta Halo. There’s not much real estate to explore further north, other than a little curve that jets out near the top. By observing the map, you’ll notice there’s a high-value Banished target in that area, but what the map won’t tell you is the pair of red Hunters that roam that area too.

Near the midpoint of the campaign, Master Chief will stumble upon Hunters, massive Covenant enemies that can be a handful to take down. Hunters have always been a staple enemy in the series, but the red-armored ones seem to be an advanced version of the alien species. These huge creatures use a Fuel Rod Cannon for destructive power and can block incoming fire with a giant shield. It’s extremely difficult to find an opening fighting Hunters; even the use of plasma and spike grenades can be ineffective with the Hunters blocking them. You can elect to run away from the Hunters, but Master Chief never runs. If you’re up for a challenge, the red Hunters are arguably one of the most difficult enemies to defeat in Halo Infinite. 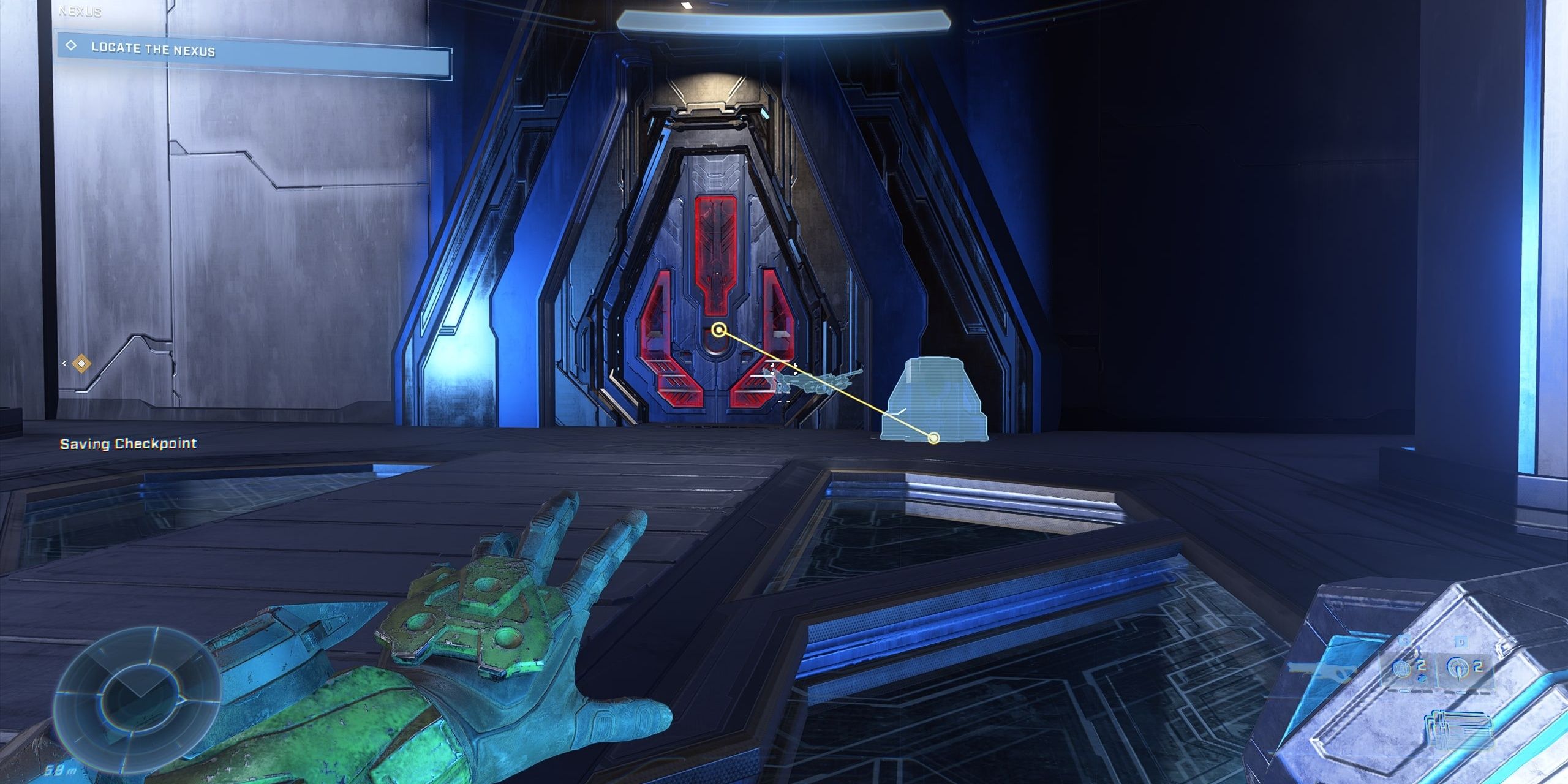 Halo Infinite currently doesn’t allow you to replay campaign missions, so if you missed the gun cache in the Nexus Spire then we’re sorry. Before Master Chief and the Weapon activate the gondola to travel across the giant chasm, you should see a random power seed. After some investigating, it appears the power seed isn’t really powering up anything, so snag the seed before starting up the gondola.

Once Master Chief reaches the other end, head in the opposite direction of the waypoint and you’ll find an opening for the power seed. Inside the now powered-up room, Master Chief will find a smorgasbord of firepower. Anything from snipers to rocket launchers and grenades, this little area has just what the Spartan needs to stock up in his assault on the spire.

2 Doll Guy In The Mountains 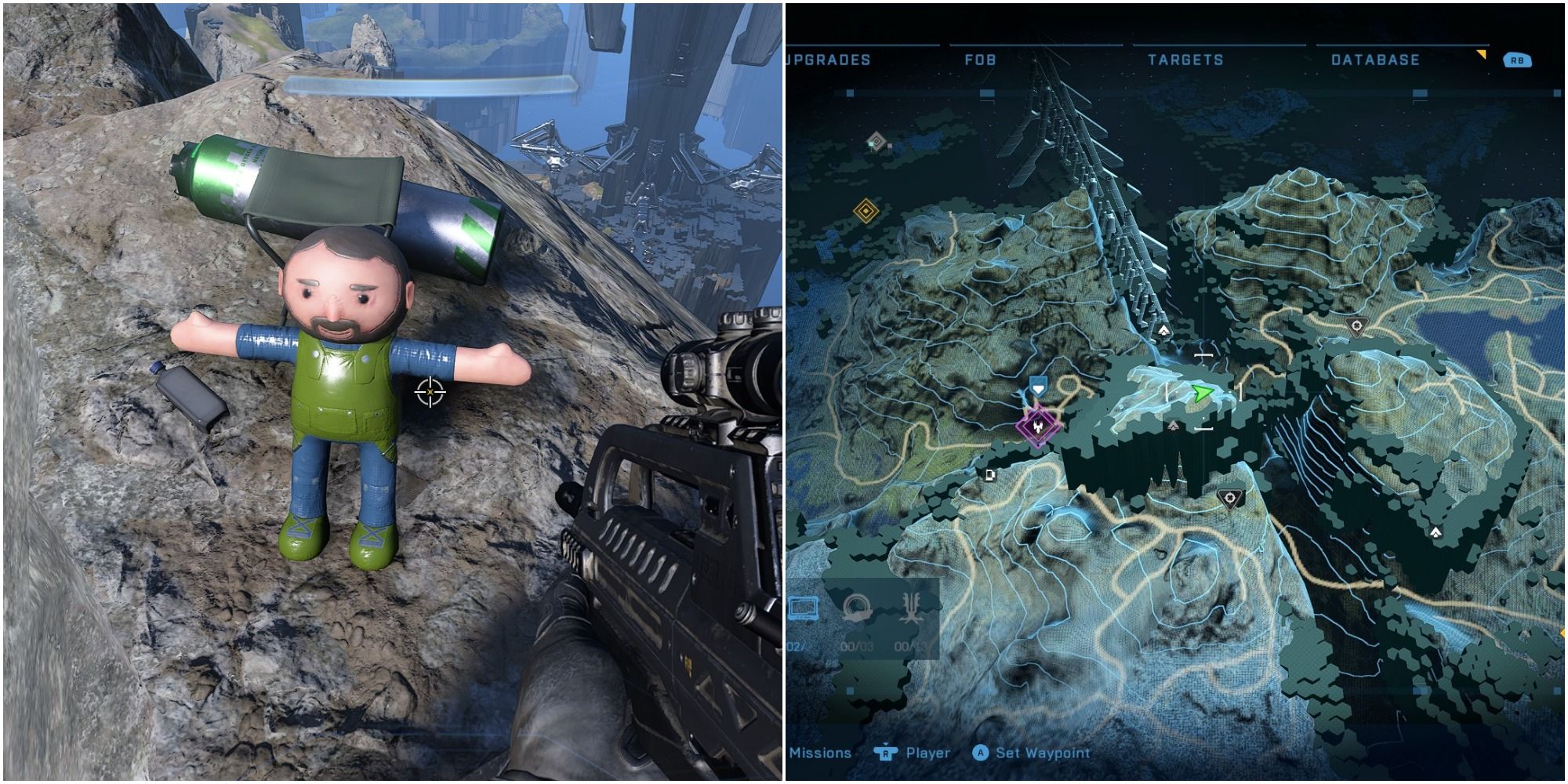 Zeta Halo is home to plenty of towering mountains and structures that seem impossible to climb until you remember that Master Chief has his trusty Grappleshot. Once you upgrade the equipment to reduce its cooldown, you can swing around just as easily as Spider-Man. The key to excessive grappling is to fire it in succession to generate more upward force and propel the Spartan faster and higher. Once you’ve mastered the art of grappling, the world is quite literally your oyster.

Near the center of Zeta Halo is a series of high mountains that have a Spartan Core near the top. But if you keep searching in the area, Master Chief will find something that’s a bit odd to find on Zeta Halo: a doll man. Dressed in a green vest, the doll man looks strikingly similar to the UNSC pilot that recovered Master Chief, Echo-216, so this doll could be a metaphor for the pilot drifting alone in space. There isn’t an achievement or reward for finding the doll man, but it’s still silly and fun to find. 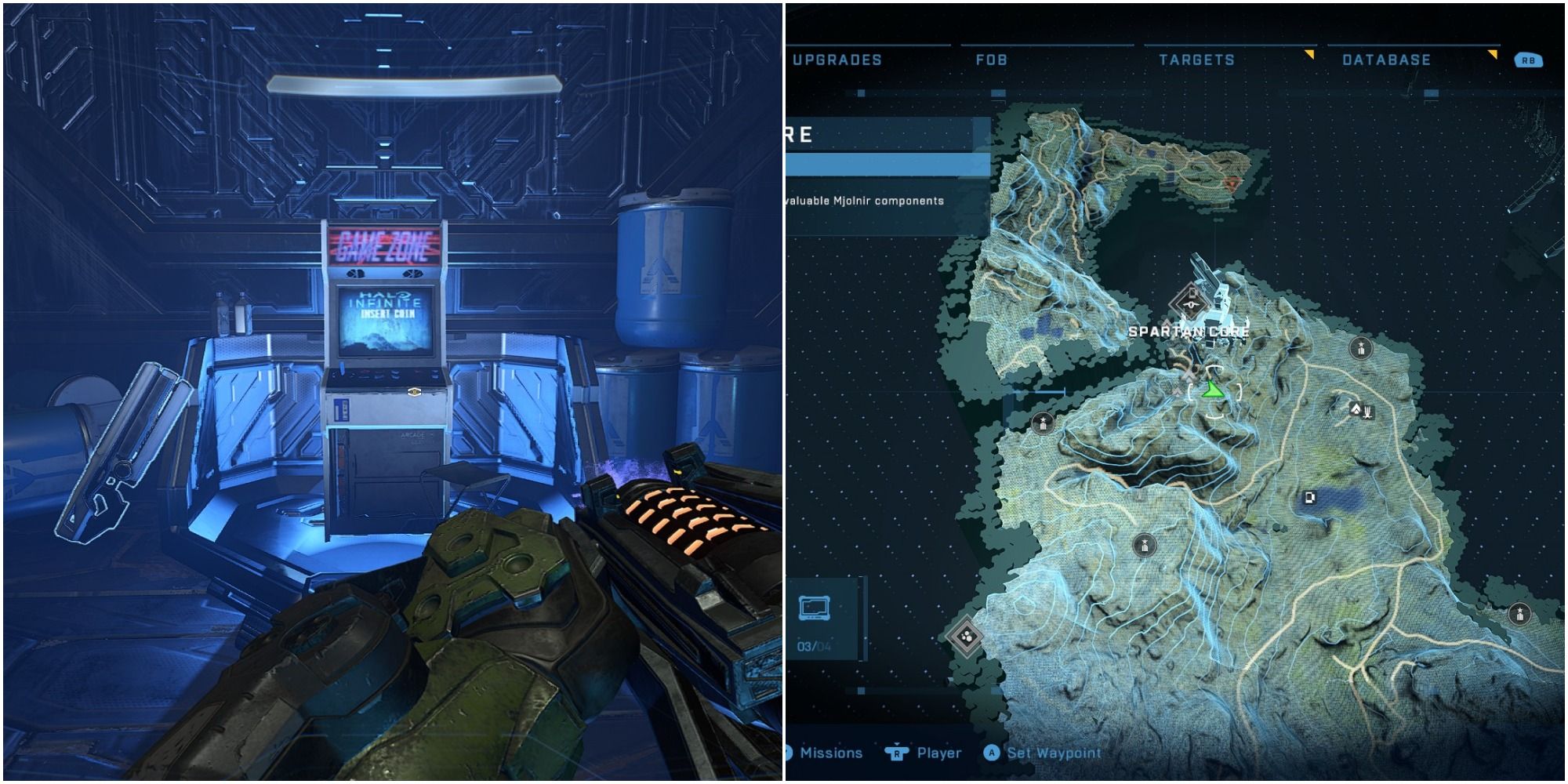 After completing the first mission and establishing the first FOB, you might be eager to take the fight to the Banished and explore more of Zeta Halo. Before you do, make sure to first explore the surrounding area. While there are various guns scattered nearby, there’s a hidden room snugged into the corner of a mountain. There isn’t a marker on the map, but following the sticks in the ground with the red lights will lead you to a mysterious room with a Halo Infinite arcade inside.

Obviously, you can’t play the arcade (imagine 8-bit Halo) but hearing the music adjust slightly to a more retro tune is pretty cool. The machine will also flash “INSERT COIN” when you move closer to it. Other than the arcade machine, the room will have a few weapons lying around, meaning a few UNSC marines probably relieve some stress by playing Halo Infinite. Yes, we’re talking about playing Halo Infinite while being inside Halo Infinite.