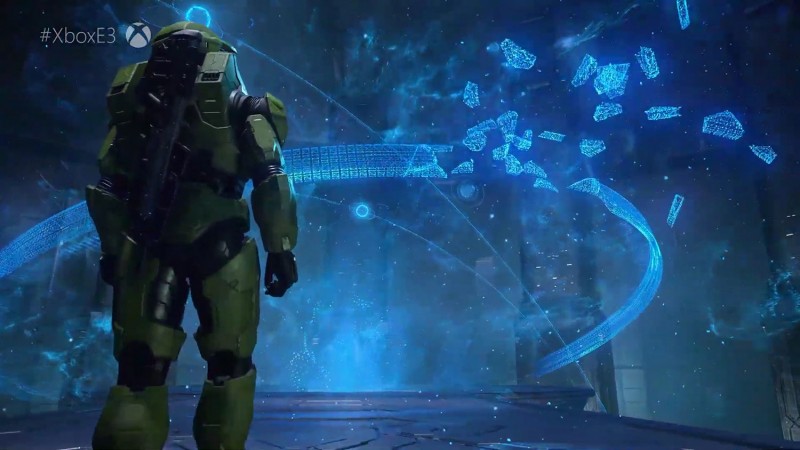 Along with some new details about Project Scarlett, the upcoming Microsoft console, we also learned the new platform will release with Halo Infinite as a launch game.

Despite those assurances, Microsoft is still keeping details pretty close to the chest on Halo Infinite. The new trailer shows off a man in a Pelican dealing with failing systems and missing his family, when he is suddenly confronted by the appearance of Master Chief floating out in space nearby. After bringing him back on board, he revives Master Chief. We get some not-so-subtle reminders that Master Chief is now running without the aid of Cortana in his head.

We see a brief shot of a shattered Halo outside the Pelican’s window and learn that while Master Chief has been missing, “we’ve lost everything.” When something attacks, the man yells that they should run. Master Chief declares that they should fight, and the classic Halo music kicks in. In a final scene, we hear the throwback dialogue about why Cortana chose Master Chief, so it’s safe to assume we’re going to get some follow-through on the complicated relationship between the series’ two lead characters.

Check out the trailer below.