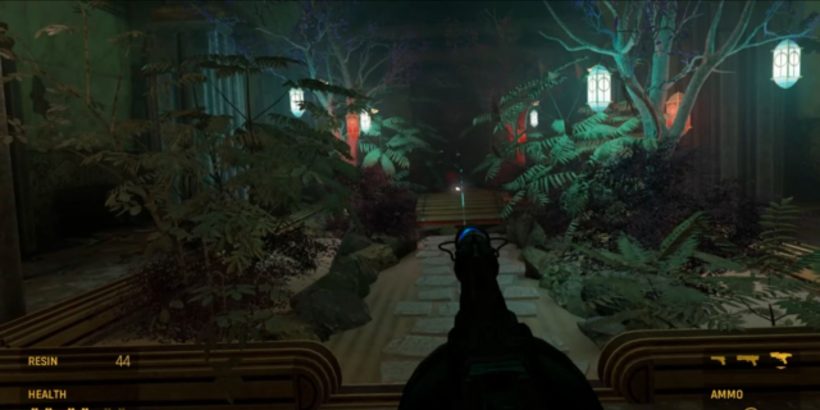 BioShock remains a touchstone in videogames. Almost everyone who played it remembers iconic scenes… the black water, the descent, the flickering lights of Rapture. Them Big Daddies. So it's hardly surprising that there exist people who want to capture some of that magic again, and especially in the immersive medium of virtual reality.

This is where Patient 8 Games stepped in and created a VR campaign for Half-Life: Alyx that brought BioShock's Rapture into VR in the form of a mod. The developer was one wim.buytaert.1988 who brought the Half-life and BioShock universes together as he set-up a scenario where Alyx crash lands and descends into the underwater world of Rapture. Now, UploadVR informs us that an update is soon to be released that expands even further on the first mod, which launched back in late 2020.

Return to Rapture has Alyx travelling underwater to the decrepit city and facing off against Combine soldiers, headcrabs, and enemies originally from the BioShock series. This second part is a major expansion, with 24 new levels, and will take around 15 hours to get through. It is also far more BioShock-y, adding famed series weapons such as Plasmids, and with new weapons models like the Thompson submachine gun. Enemy AI will also see improvements, with NPC combatants able to heal, and many hundreds of lines of dialogue added to deliver a more full-blooded story. The below YouTube video shows off gameplay from an earlier build of this second mod.

Patient 8 Games managed to recreate Ken Levine and Irrational Games' Rapture though a combination of modded Alyx assets and all-new ones that were closely modeled on the locations used in BioShock. The original VR mod offered around 25 minutes of gameplay, and although it lacked some underground scenery of the original game it was based on, it was still a pretty impressive recreation of BioShock's world using Half-life: Alyx's engine.

This is by no means the first mod that's appeared for Alyx as there was a sort-of multiplayer modification that was created, which is free to download and easy to install. Meanwhile, another fan committed themselves to faithfully recreating Half-life: Alyx, which is of course a VR-only game, into a non-VR mod so that those who don't possess the expensive equipment necessary to enjoy the game in VR could still play in a more widely available format.

As for Patient 8 Games, the dev has a Patreon page for supporters. His mod, Return to Rapture, launches next week.