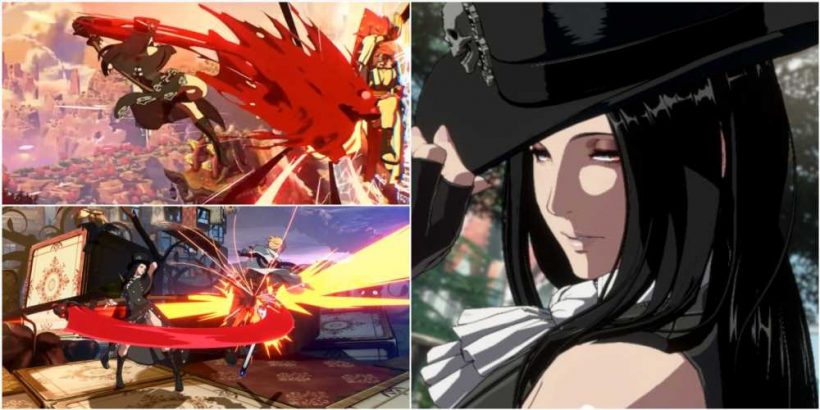 Testament joins the high-action combat of Guilty Gear Strive as the final character of Season One and rounds out the roster with a bang. While their kit is very different from what was present in previous Guilty Gear titles, they are still relentless and fun to play and offer a high-skill ceiling while also being an excellent entry point for newcomers.

Though Testament is the most straightforward and easy to pick up DLC character, they still offer complex setups and playstyles that will allow higher-skilled players to discover new and exciting combos and tech. Testament is a strong pick for all ranges of players, which is one of many reasons their kit overhaul is welcomed with open arms.

We recommend checking out Testament's command list if you are unfamiliar with it, as we will be mentioning many of their abilities throughout this guide. 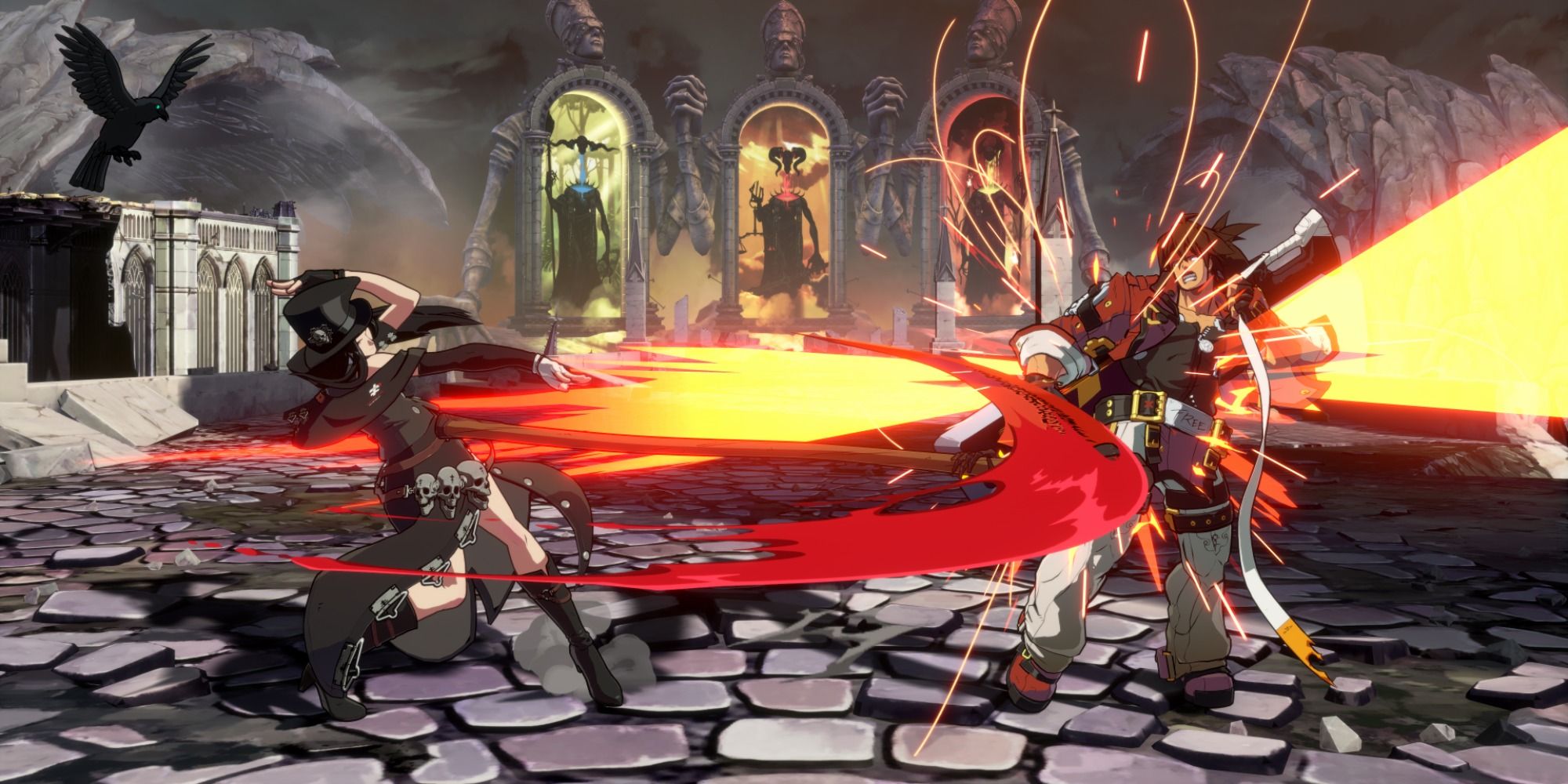 One of Testament's greatest strengths is their ability to control space with their normals, allowing them to go directly into specials to apply pressure right from the jump. For example, their Far Slash can immediately get followed up with their Grave Reaper special without much risk involved, as they will have excellent spacing after performing the Far Slash. The same rings true for Down Slash (2S) as well.

Another easy way to control space is with the following combo: Kick > Down Dust (2D) > Grave Reaper. Testament's normals offer many different routes to take, allowing them to perform combos from just about any position from any attack. With Testament being a solid All-Rounder fighter, they can apply pressure from any range and extend combos effortlessly with their kit.

Furthermore, Testament possesses one of the best Forward Punch (6P) in the game, making for an easy way to stop jump-ins and players who like to jump a lot. While they are competent at most ranges, Testament thrives the most in mid-range encounters, which is probably why their 6P is this great. It allows them to control the space around them and stay in their most dominant position. As a result, we always recommend tossing out their 6P whenever the opponent jumps in. It's quick, covers a decent range, and will stop them in their tracks. 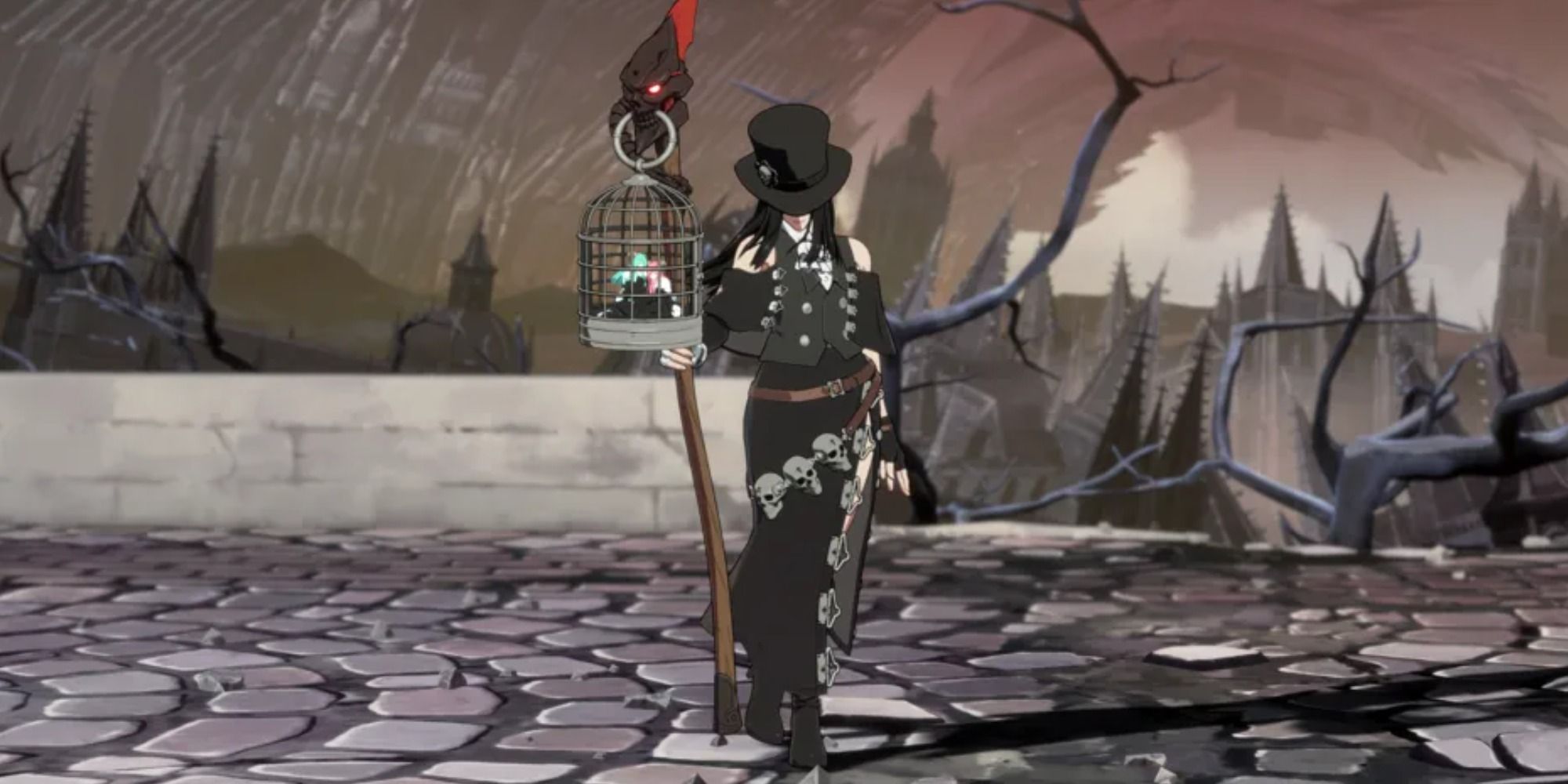 Stained State gets applied to the enemy after Testament's Crow successfully makes contact with the opponent via the Unholy Diver special, which is easily done by having it track to their Succubus. Once an opponent is in the Stained State, Testament can convert combos from any attack that procs the buff (which is dang near every attack at their disposal). Furthermore, if an enemy blocks when they're in Stained State, Testament's attack becomes plus on block, giving them the advantage on subsequent attacks.

Our recommendation for keeping your opponent in the Stained State is always to perform Unholy Diver whenever the opponent gets knocked down by the Grave Reaper attack. This will keep them locked into place and apply the buff even if they block, giving you endless options for what you do next. However, this method is very situational, but the next best method for keeping Stained State on your opponent is by relentlessly applying pressure. We will cover how to do just that below! 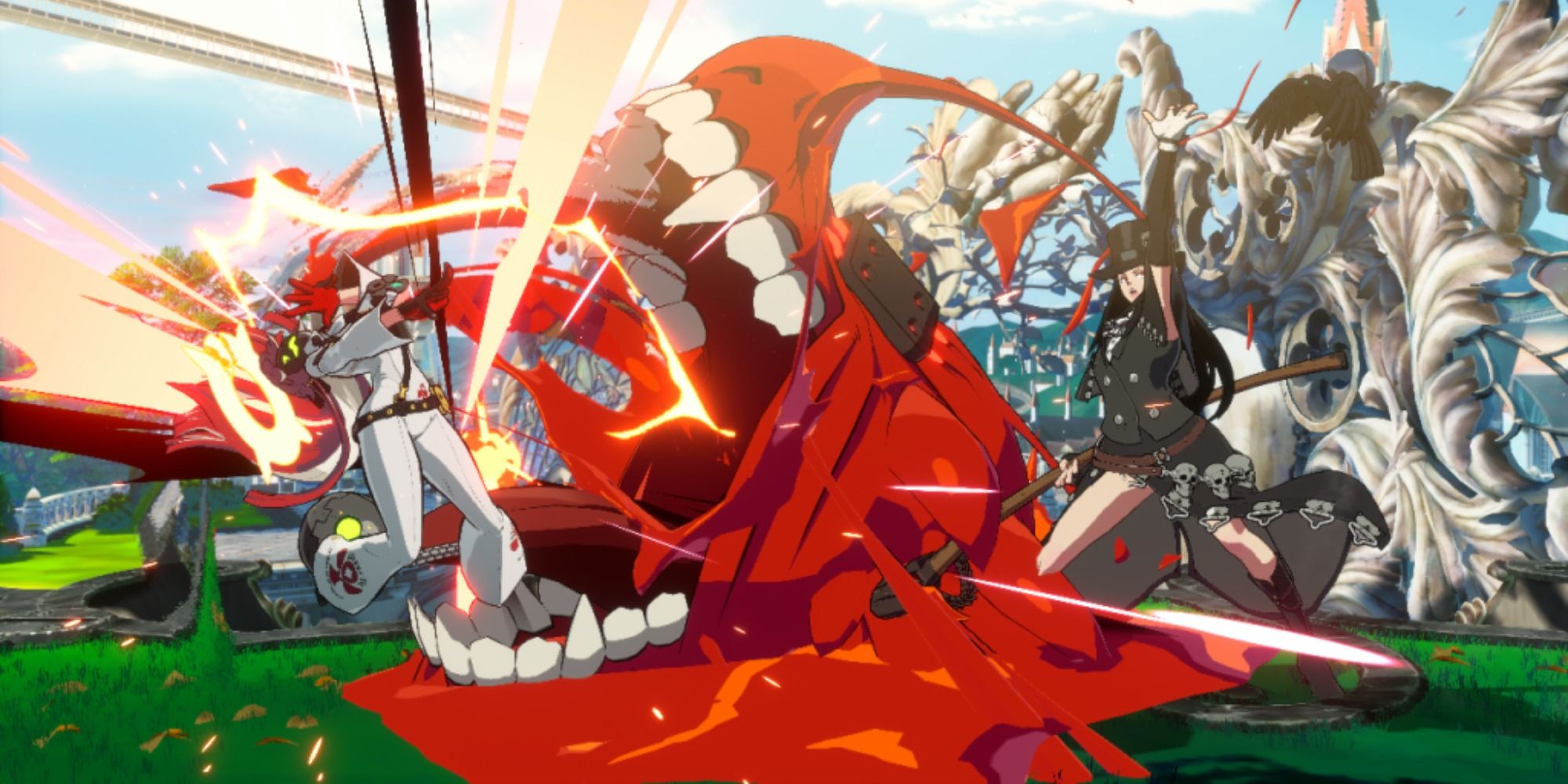 Applying ungodly amounts of pressure on your opponent is the name of Testament's game, and they have many different ways to do it. One of the best ways is to capitalize on block strings, which will naturally push you back enough to allow you to control the spacing, as we covered at the top. Always ending your combos -even when blocked- with Grave Reaper will keep your opponent guessing what's coming next. Remember, you can either send out the Crow, teleport, or bait them into one of Testament's strong normals to go directly into a combo.

If you apply Stained State during your opponent's block string, you can keep them at bay with a Far Slash, forcing them to jump in, setting up an anti-air attack that can lead to many fun things thanks to the Stained State. Whenever you see your opponent start relying on tactics to avoid getting trapped in the corner or in one of your relentless strings that constantly applies Stained State, you can fall back into controlling the mid-range and spacing in general.

While spacing is absolutely an essential part of Testament's gameplay, so is being hyper-aggressive and obnoxious with their Succubus, Crow, and EXE Beast. These abilities will allow you to get in your opponent's face, set up a ruthless combo, and back off whenever you need to while keeping the pressure up. Finding the rhythm of the match is crucial and will allow you to manipulate your opponent into committing to attacks that expose them, allowing you to follow up with swift, punishing moves.

Mid-Range Is The Sweet Spot 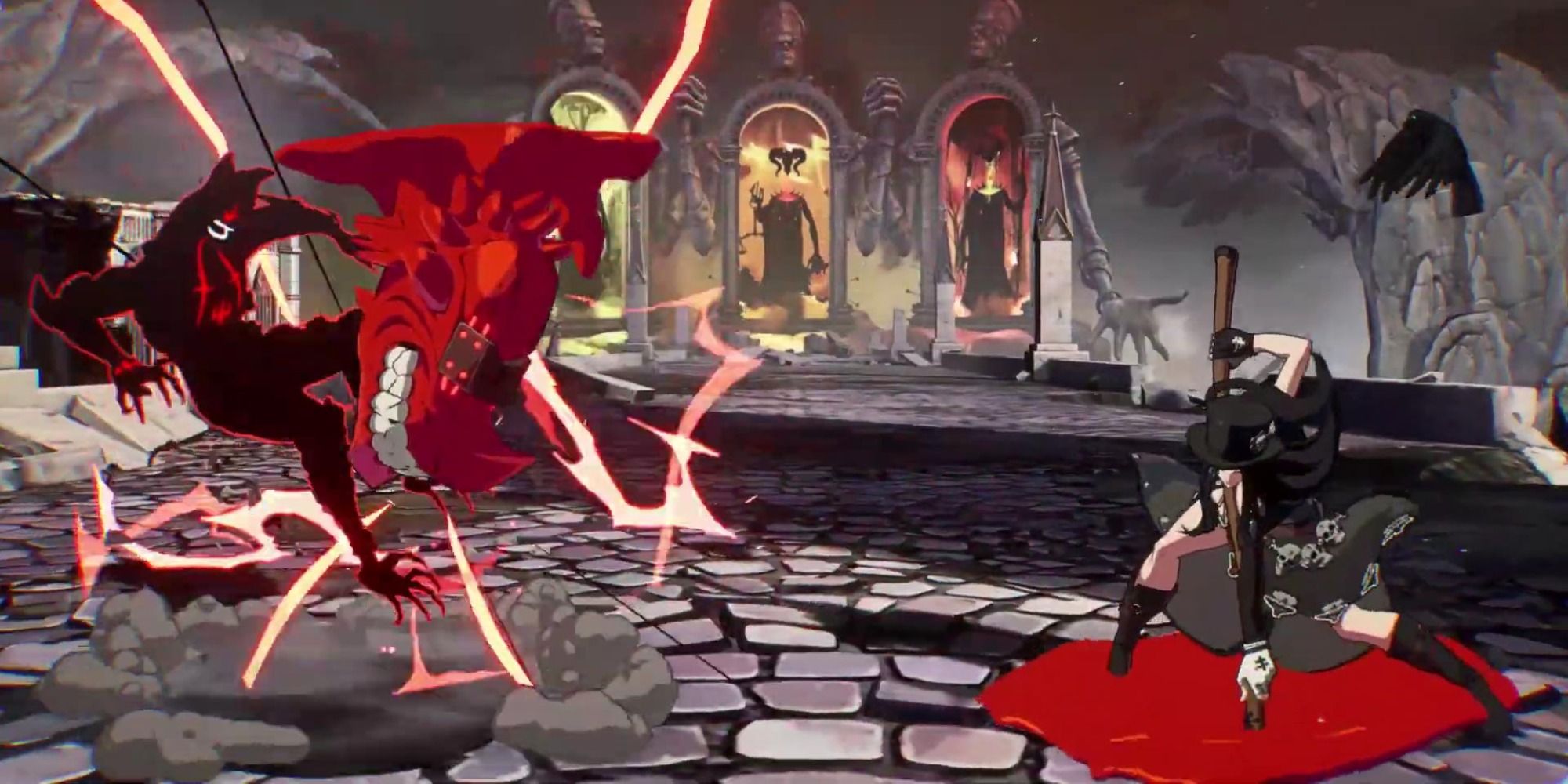 As touched upon briefly, Testament is an excellent All-Rounder and balanced fighter that can hold their own in most situations. However, they shine brightest in mid-range encounters. Their normals are just one part of the equation, and they already allow them to maintain a safe distance from their opponent while setting up their next attack. But, their specials are also excellent ways to engage from mid-range and catch the opponent off guard or force them into your hand.

Generally speaking, you will want to stay in as many mid-range encounters as possible when playing as Testament and will close the gap whenever you are confident you can dish out a quick or devastating combo. Furthermore, applying pressure from mid-range and keeping it up whenever you have them backed into a corner is another excellent way to utilize their kit to its full potential. Keeping them guessing what's next and forcing them to either jump in or make a mistake is a significant part of Testament's game and should be one of the highest priorities.

Testament has many ways to keep the opponent away from them and capitalize on their Stained State quite effortlessly, making them a nightmare to deal with if they are constantly applying pressure and baiting their opponent into ill-informed decisions. Always think a few steps ahead and be ready for your opponent to commit to something they cannot recover from. 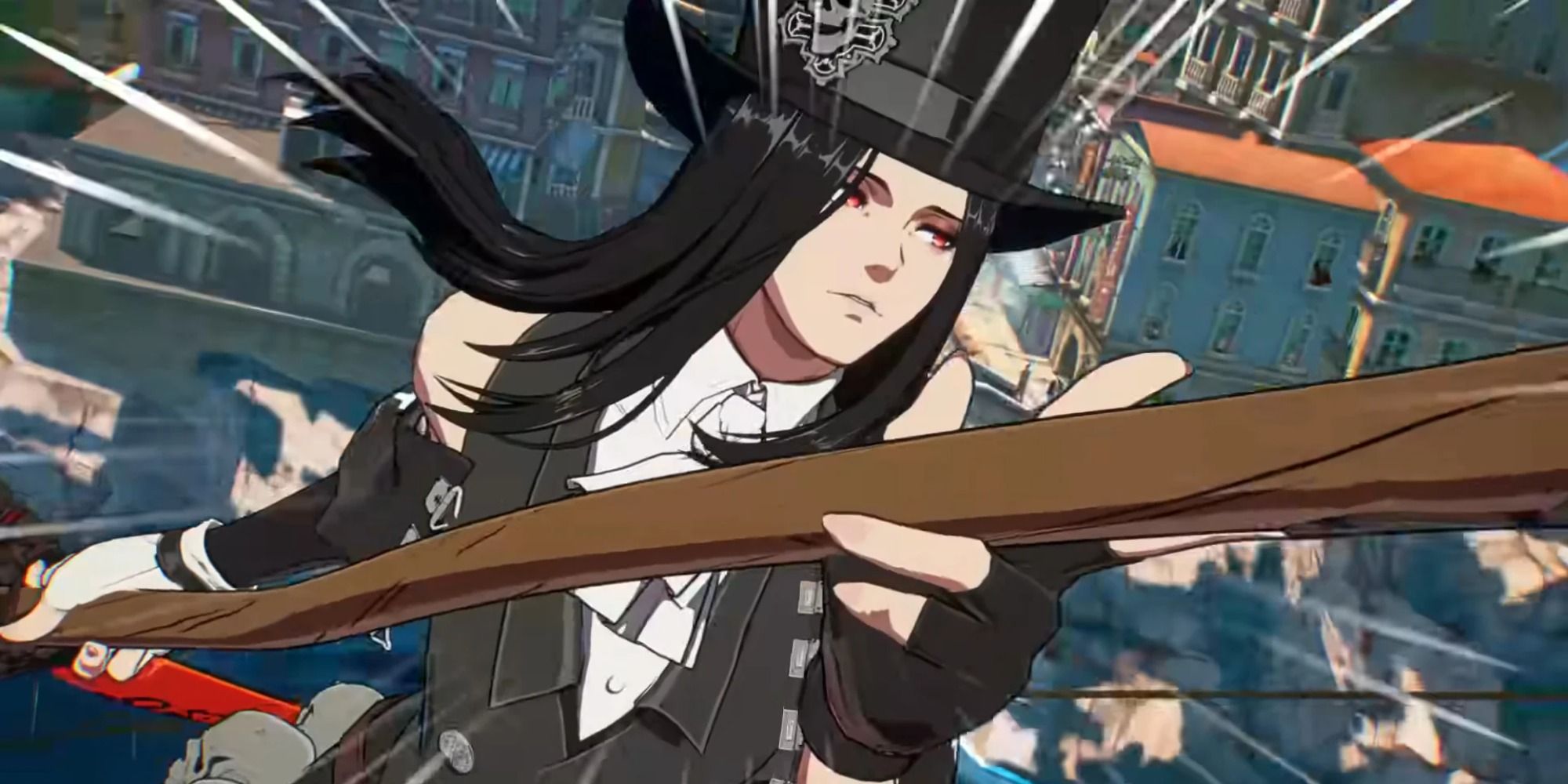 The general goal of Testament is to control the match's tempo by controlling the space around them with their nasty normals and devastating specials. Applying Stained State constantly is an excellent way to keep your opponent on the defensive while plotting your next series of attacks. Even if they are blocking everything you're throwing at them, the spacing gained from block strings gives you the advantage, which is quite challenging to overcome whenever you're the opponent.

Never deviate from applying pressure, as you can do it from practically anywhere in the arena. Additionally, just tossing Testament's Nostrovia overdrive out will force your opponent to block and -in turn- allow you to launch into whatever the situation calls for. There should never be a moment where you aren't applying pressure as Testament is all offense and lacks significantly in the defense department. If you can control the match's tempo by suffocating your opponent with a barrage of attacks and keeping them on their toes with Testament's tricky specials, you will be more than fine.