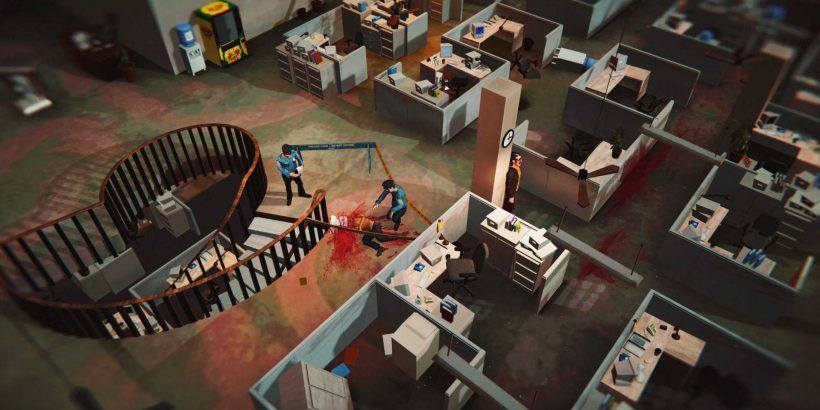 Polish studio, Draw Distance is bringing blood to the ’90s Big Apple with the release of a trailer for its new game, Serial Cleaners. The company showed off the new game with a trailer during the Guerilla Collective E3 event.

Serial Cleaners will be a sequel to indie classic Serial Cleaner. Serial Cleaner, which was released in 2017, is a stealth-action game set in 1970s America which gave a look into the professional crime scene. Players play as Bob C. Leaner, a crime scene cleaner tasked with the odious job of cleaning up for the mob. The 2D game allows players to sneak around crime scenes, vacuuming up blood, hiding bodies and removing evidence. The sequel, Serial Cleaners, will take place two decades in the future with the dirty work now being done in ‘90s New York. Even though the sequel is very similar to the original as far as objective, there are many changes that set it apart from its predecessor. In Serial Cleaners, players are now able to switch between four different mobsters. Each one has their own distinct playing style and skill abilities. Changing players will directly impact gameplay. When players go from mobster to mobster, it will change the perspective of the non-linear story. Non-linear storytelling is very prominent in ’90s cinematic classics, such as Quentin Tarantino films. The ’90s influence doesn’t stop at story only. The artwork of the game features a lot of graffiti style art, which is inspired by artist Jean-Michel Basquiat who was a prominent figure in the New York art scene during the ’90s.

The ’90s will be the focal point, not only visually, but audibly as well. The soundtrack includes music inspired by the era, such as “from East Coast hip hop to industrial metal and rave.”

The sequel is projected to do well, as the original has sold over one million copies.

As could be expect with the blood and violence, Serial Cleaners is for mature audience only. The game is also not yet available for download. However, players can wishlist it on PC platforms, such as Steam, Epic and GOG. It will also be available on consoles later this year.