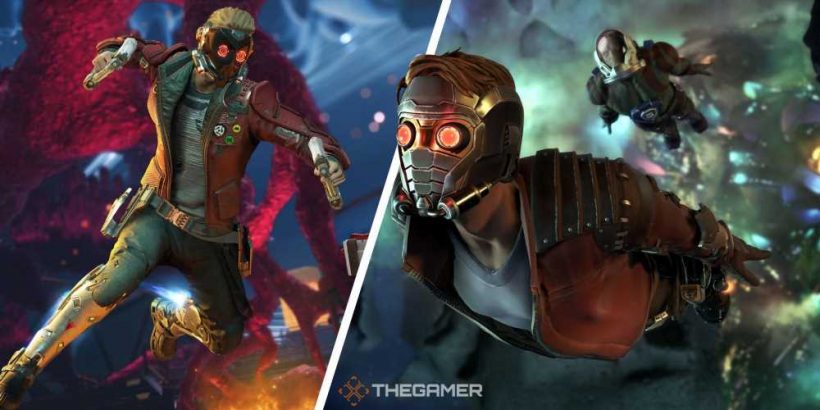 Square Enix finally let the cat out of the bag when it revealed its next big project during its E3 2021 Conference. And that project was Guardians of the Galaxy, their second Marvel property following last year's Marvel's Avengers. But years before the people at its Eidos-Montréal studio had even begun work on their Guardians of the Galaxy game, another developer had already taken a crack at adapting the beloved Marvel IP.

RELATED: Guardians Of The Galaxy: Behind-The-Scenes Photos That Change The Way We See The Movies

That developer was Telltale Games, an independent studio that had made a name for itself by releasing adventure games based on popular intellectual properties. Guardians of the Galaxy was just one of the many IPs the company worked on, prior to its much-publicized shutdown in 2018. And while there might be some visible similarities between their take on the property and Square Enix's, here are a few differences that help set them apart. 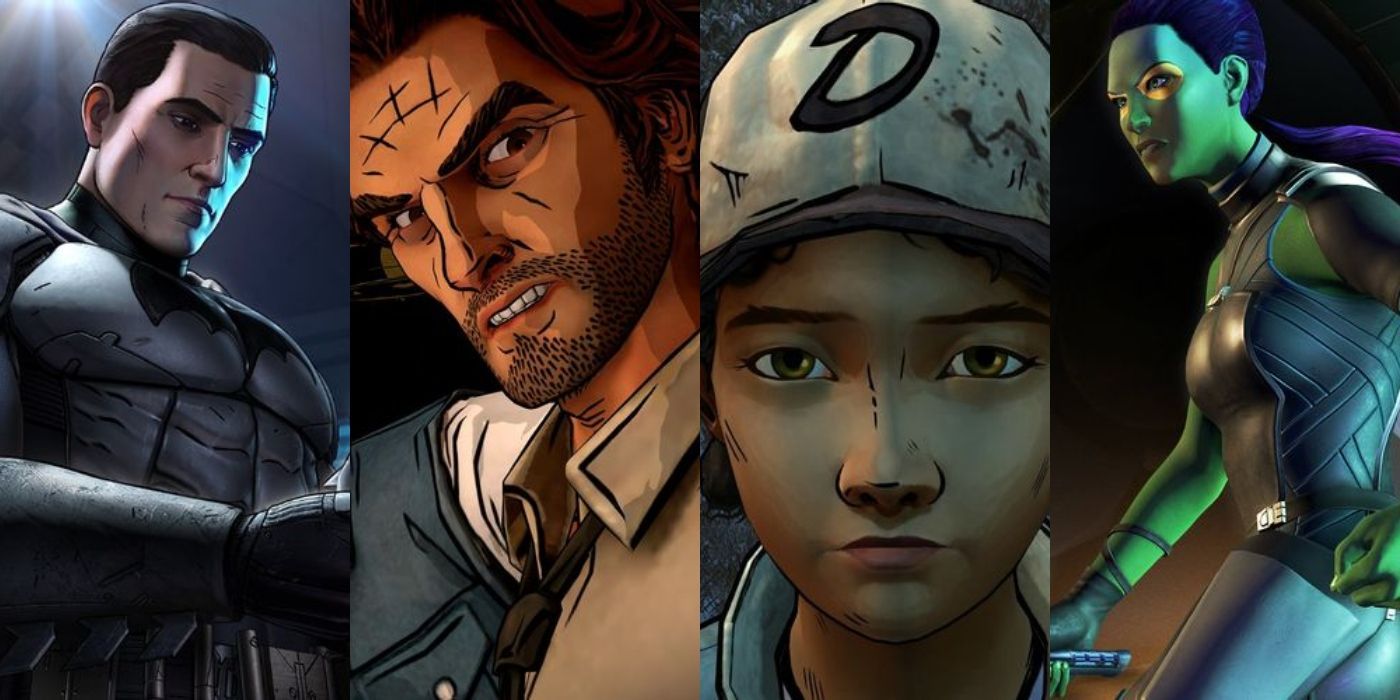 More often than not, the direction of a given game is affected by the developer's pedigree, and that is certainly the case with the two Guardians of the Galaxy games. Telltale Games tend to take a choose-your-own-adventure style and approach with most of its games, where more emphasis is placed on player choice than anything else.

Eidos-Montréal, on the other hand, is best known for its work on action-adventure games like the ones in the recent entries in the Deux EX series. The studio's last game was Shadow of the Tomb Raider in 2018, so elements of those games might be found in the upcoming title. 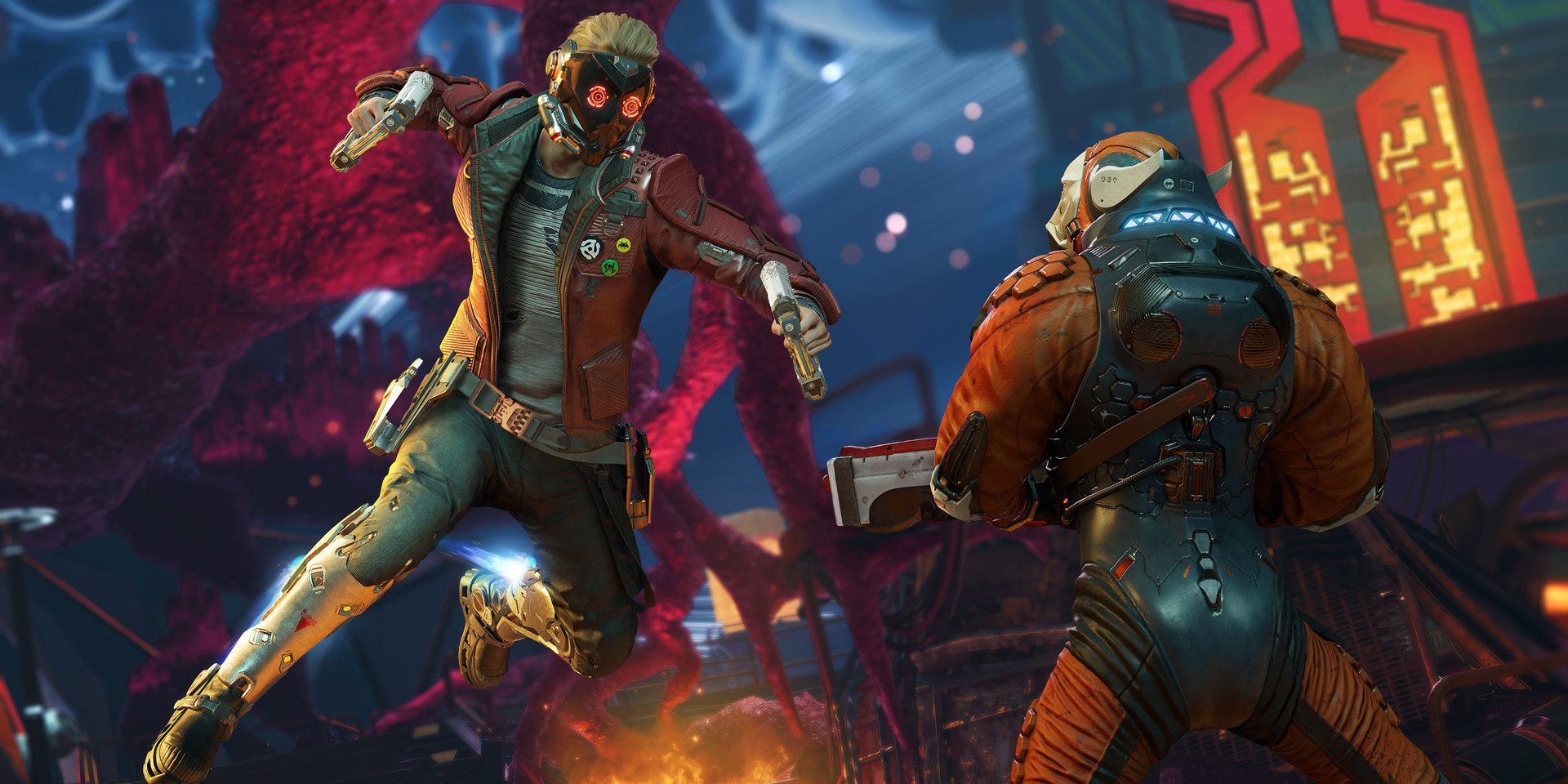 Telltale was founded by former LucasArts developers, and as a result, most of the studio's games harkened back to that older studio's narrative-driven style of adventure games.

This would evolve into the template used in games like Guardians of the Galaxy, where most of the gameplay came in the form of player choices that affected the course of the adventure. And while the Square Enix game would feature its own story-driven adventure shaped by player choice, it is still a third-person action-adventure game at its core. 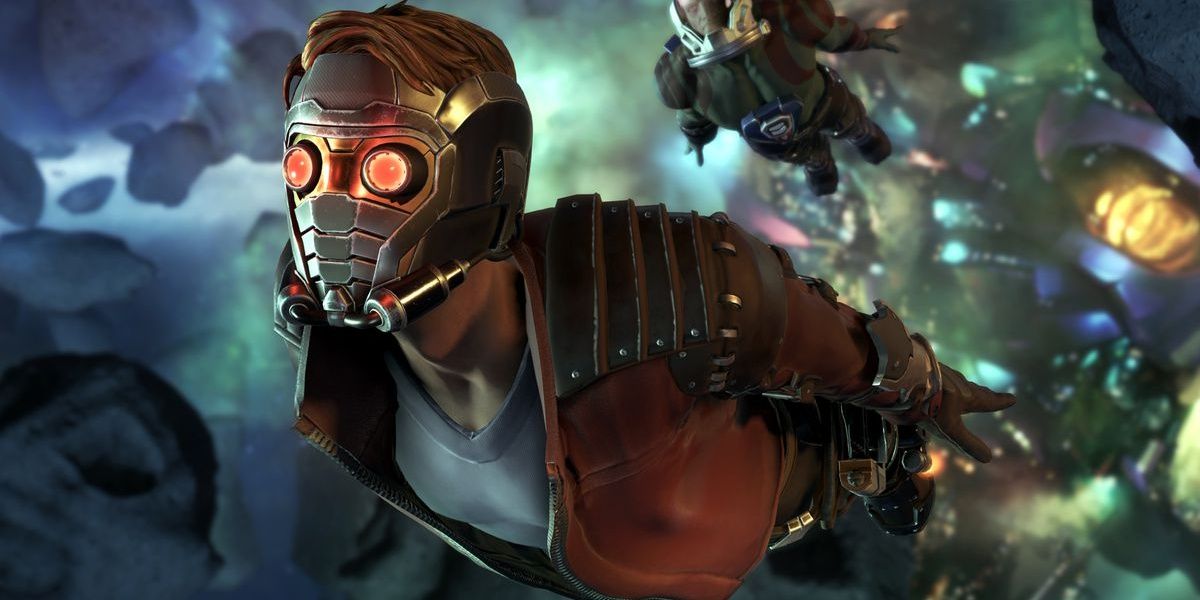 Telltale Games tended to adopt a digital distribution model where each game the studio released was shipped in individual episodes over the course of several months. And this was certainly the case with its Guardians of the Galaxy adaptation, with the game's five episodes being released between April and November of 2017.

RELATED: Guardians Of The Galaxy: Ridiculous Things About Star-Lord That Make No Sense

By contrast, the Square Enix game would be released as a single game in both physical and digital storefronts on the 26th of October, 2021. The developer has even gone one step further by announcing that it would not have any live services elements or paid DLC. 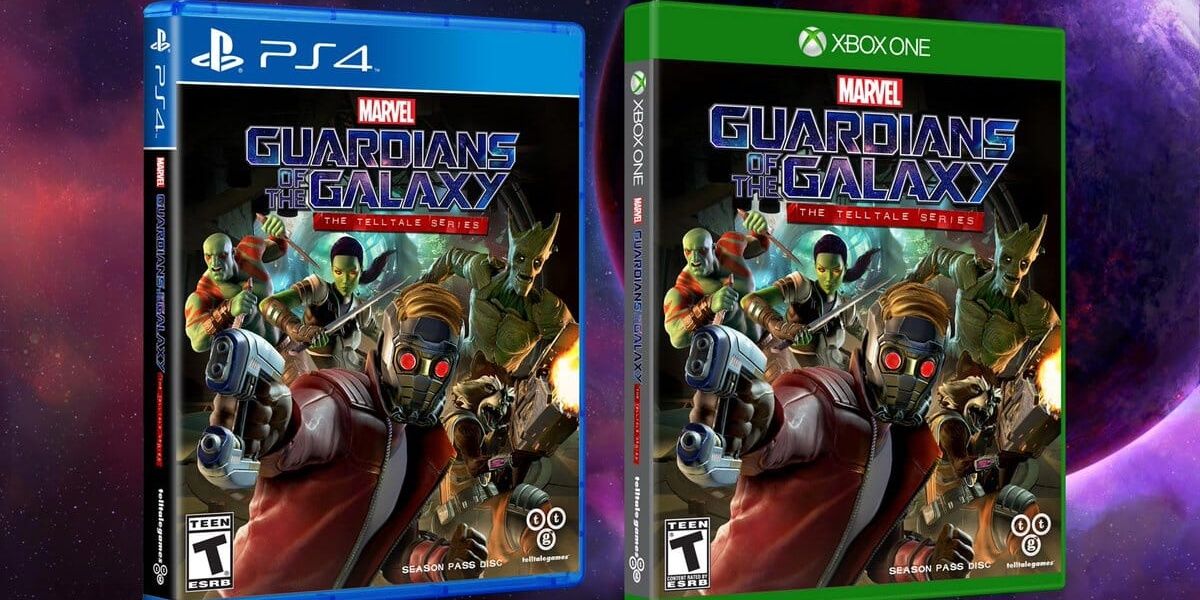 When the Telltale version of Guardians of the Galaxy had launched in 2017, it was available on a number of platforms. This included PCs and consoles like the PS4, Xbox One, and Nintendo Switch, as well as mobile platforms like Android and iOS. The Square Enix version by contrast will not be releasing on mobile platforms. Instead, people can expect to find it on PC, PS4, Nintendo Switch, Xbox One, PS5, and Xbox Series X/S. 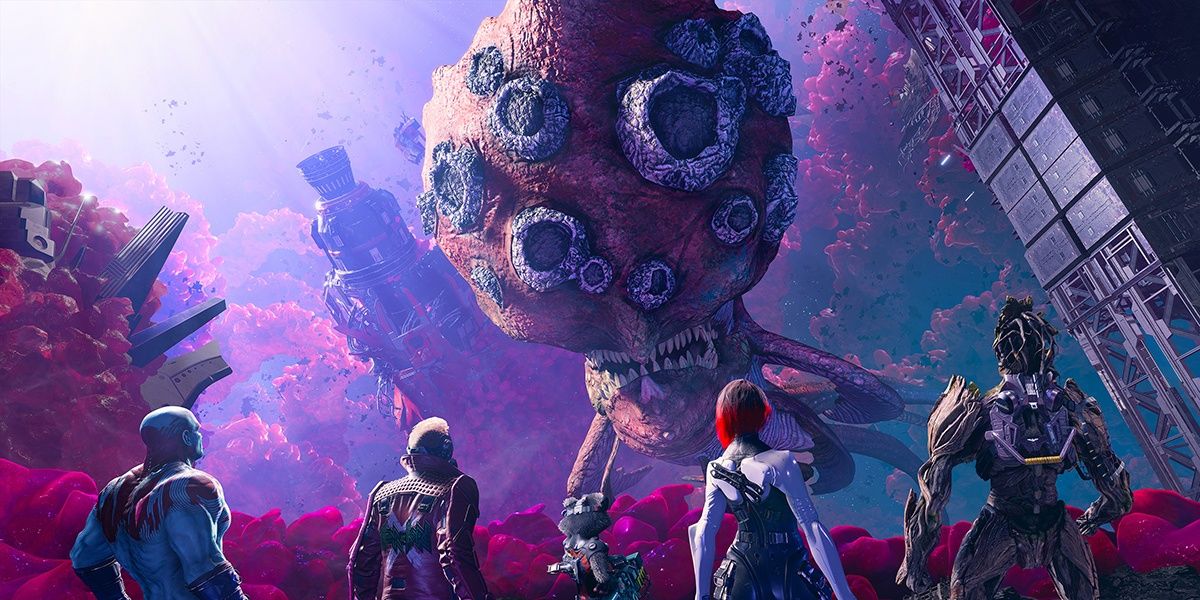 The games made by Telltale were developed using a bespoke engine simply known as the Telltale Tool. The engine was fairly simplistic in its capabilities, which had informed the cartoony art style that was adopted by nearly all the studio's games, including its version of Guardians of the Galaxy. Conversely, the Square Enix game will be featuring a more realistic art style that draws inspiration from both the recent slate of MCU movies as well as their comic book source material. 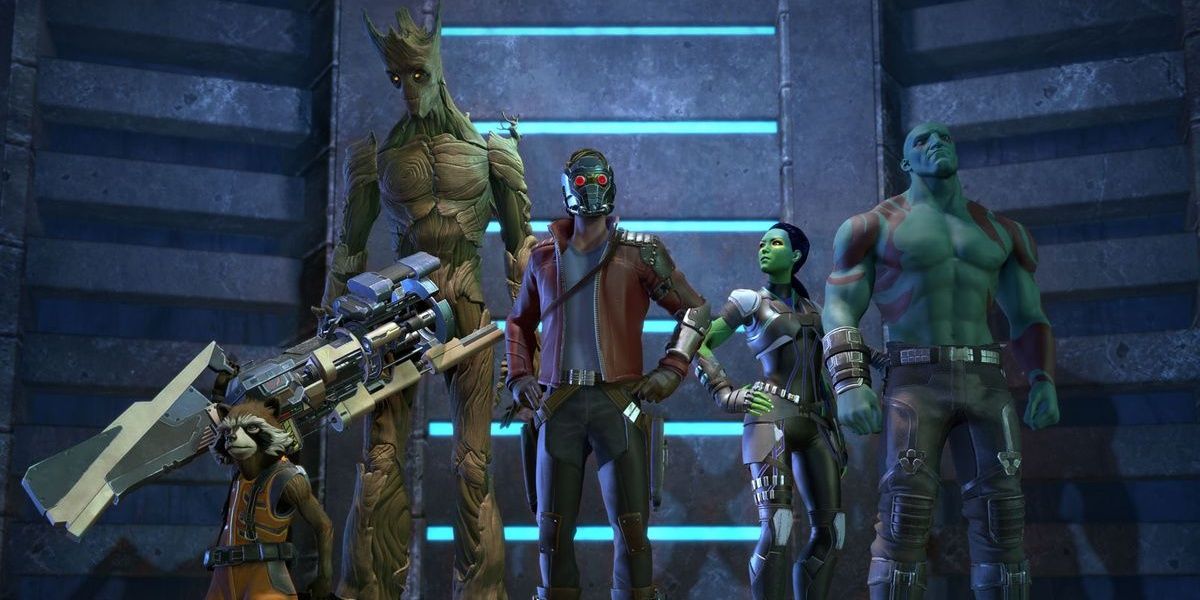 While both the Telltale Games and Square Enix versions of Guardians of the Galaxy feature the same roster of characters, namely Star-Lord, Gamora, Rocket, Drax, and Groot, each game uses a completely different cast of voice actors. In the Telltale Games release, Star-Lord was voice by Scott Porter, with Nolan North most notably voicing this game's version of Rocket Raccoon. The voice cast behind the characters in the Square Enix version is yet to be released, but the differences can already be heard in the trailers. 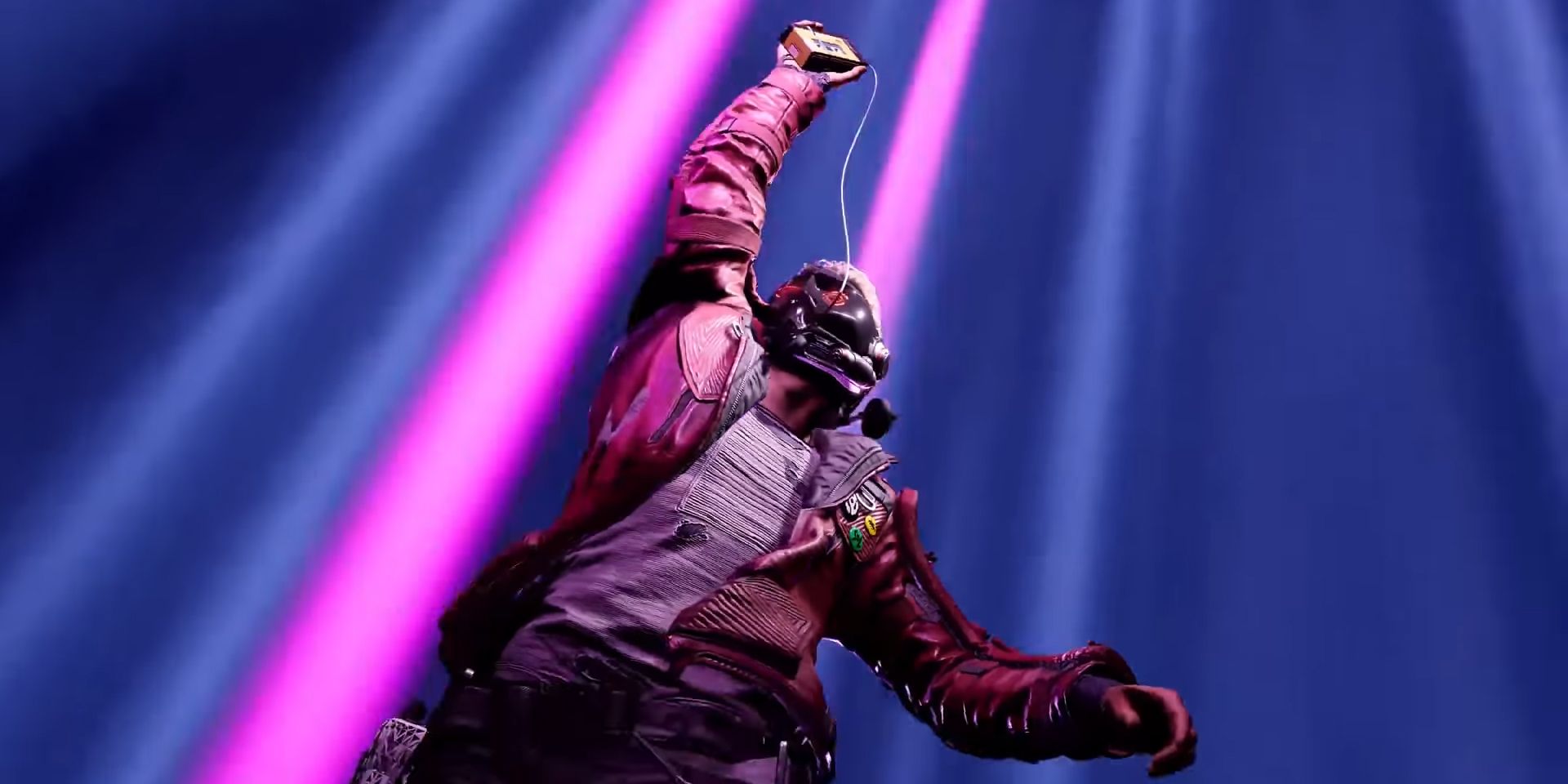 As established by the Marvel Cinematic Universe movies, a large part of the Guardians of the Galaxy's identity revolves around the era-specific hit songs that populate its soundtrack.

This was one aspect that was also carried over onto the Telltale Games adaptation, with the musical DNA reflected in the episode titles themselves, which were each named after a hit song. For the Square Enix version, the publisher has licensed a fresh batch of '80s classics from acts like Iron Maiden, KISS, and New Kids on the Block. 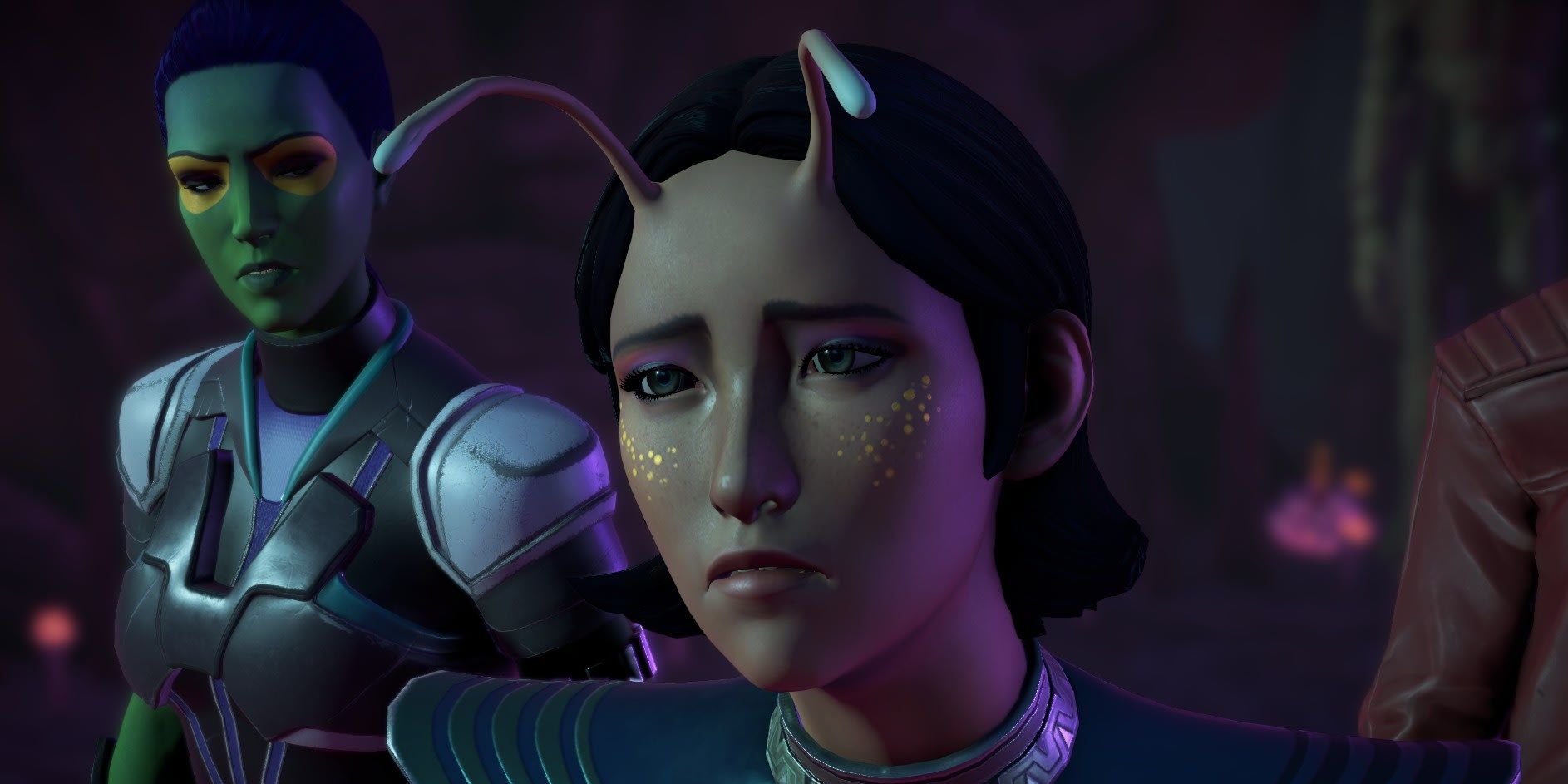 In the Telltale Games version, the Guardians of the Galaxy are off on an adventure to steal back the Eternity Forge from a Kree warrior known as Hala the Accuser.

RELATED: Hysterical Guardians Of The Galaxy Comics That Would Amuse Drax

The story in the Square Enix version will have the Guardians facing off against a woman named Lady Hellbender after their actions nearly cause the tenuous peace holding the galaxy together to be undone. 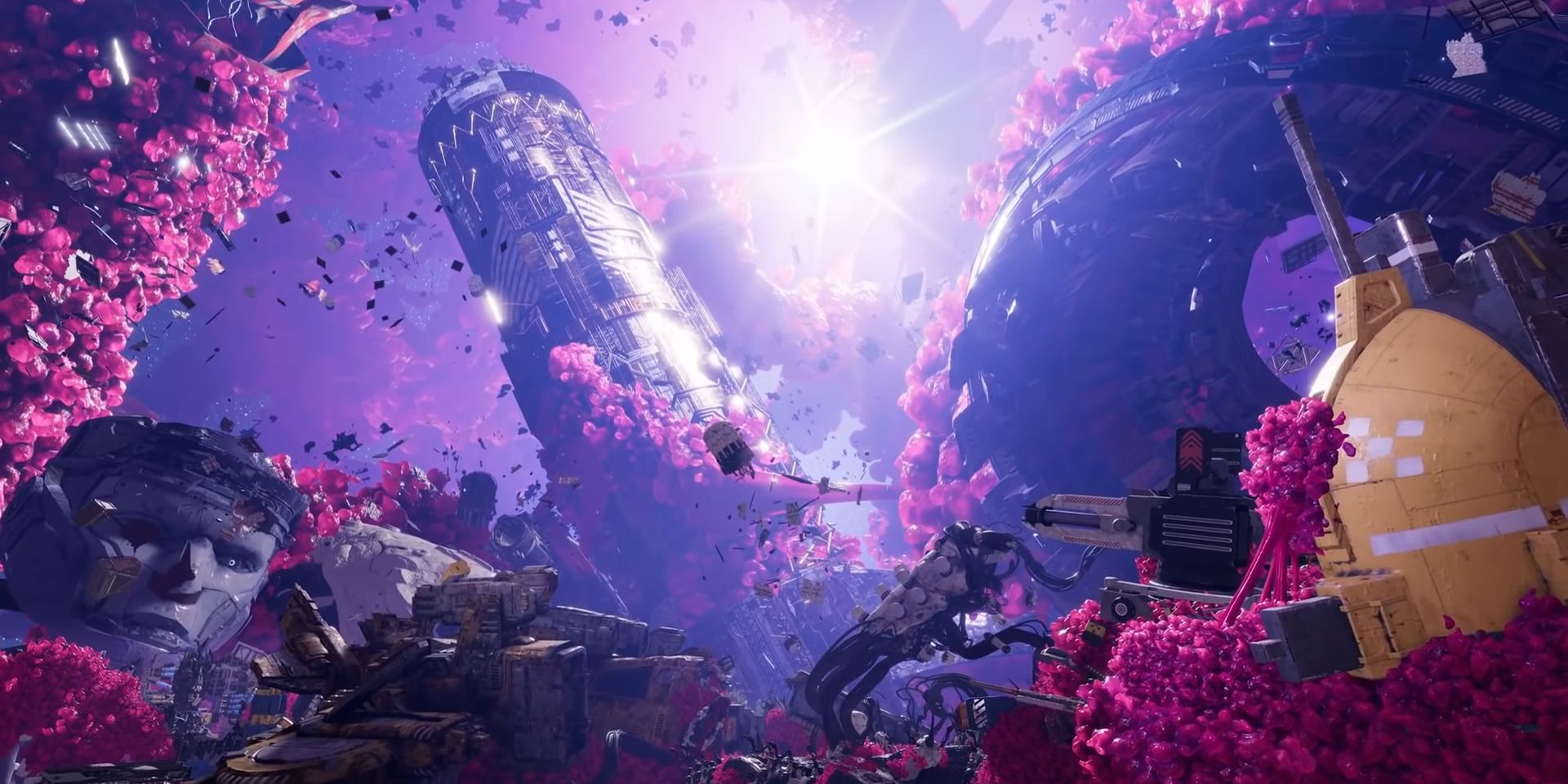 The Guardians of the Galaxy are known for their sprawling, planet-hopping adventures. However, some of that had to be dialed back in the Telltale Games adaptation due to the more limited scope featured in that version. For the Square Enix version, it looks like the Guardians will be adventuring across multiple planets, with their actions having what is already being described as galaxy-wide ramifications. 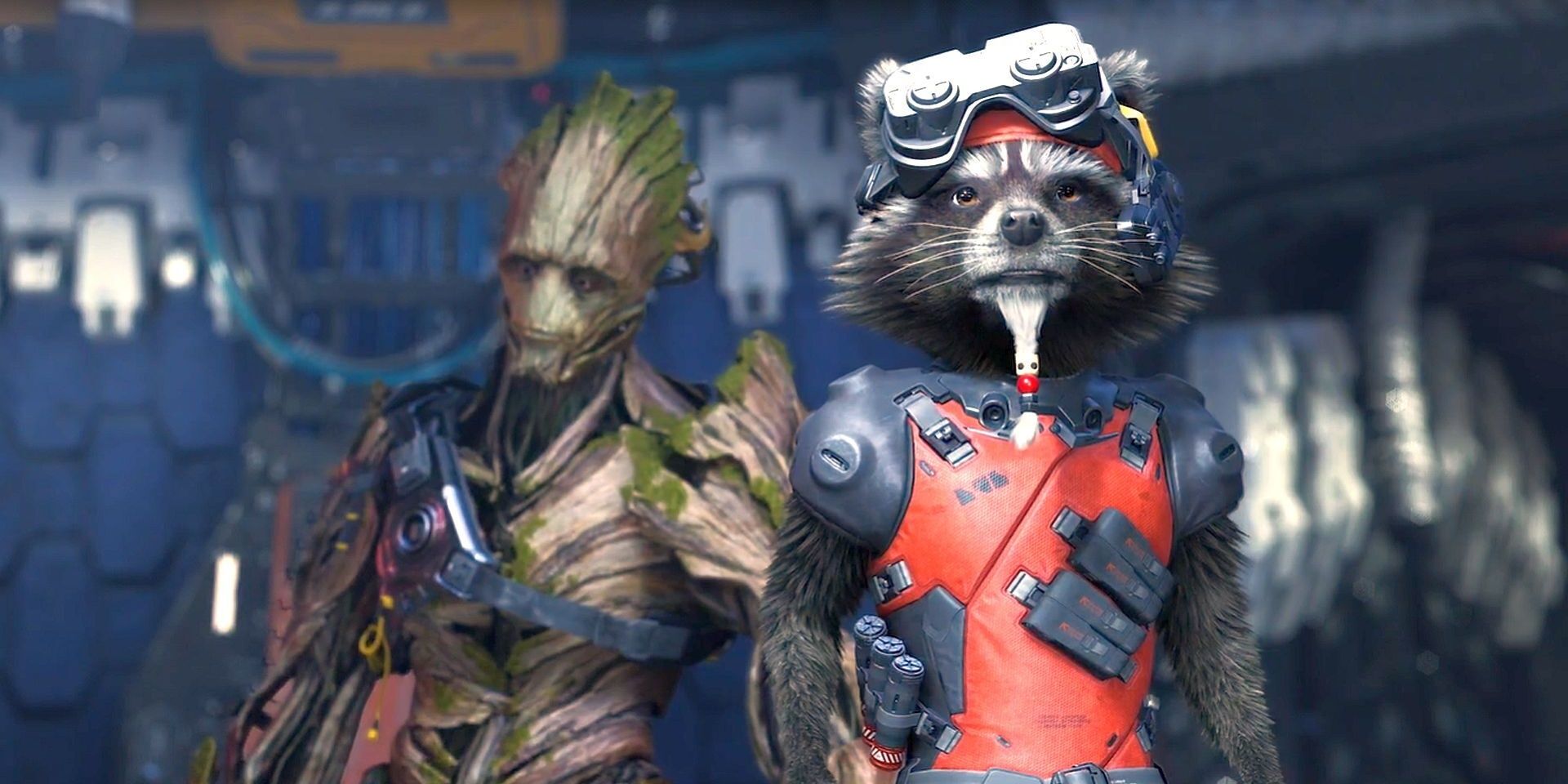 Right from its earlier games like Tales of Monkey Island, Telltale Games established what would become the studio's signature brand of humor. And while it has also released more serious games like The Walking Dead or The Wolf Among Us, Telltale's flair for comedy was on full display in its take on the Guardians of the Galaxy. The Square Enix game also appears to be taking a comical approach, though it is safe to assume that none of it would reach the same levels of slapstick as Telltales' game.

NEXT: Guardians Of The Galaxy: Ways Telltale Games' Story Is Better Than The Movies 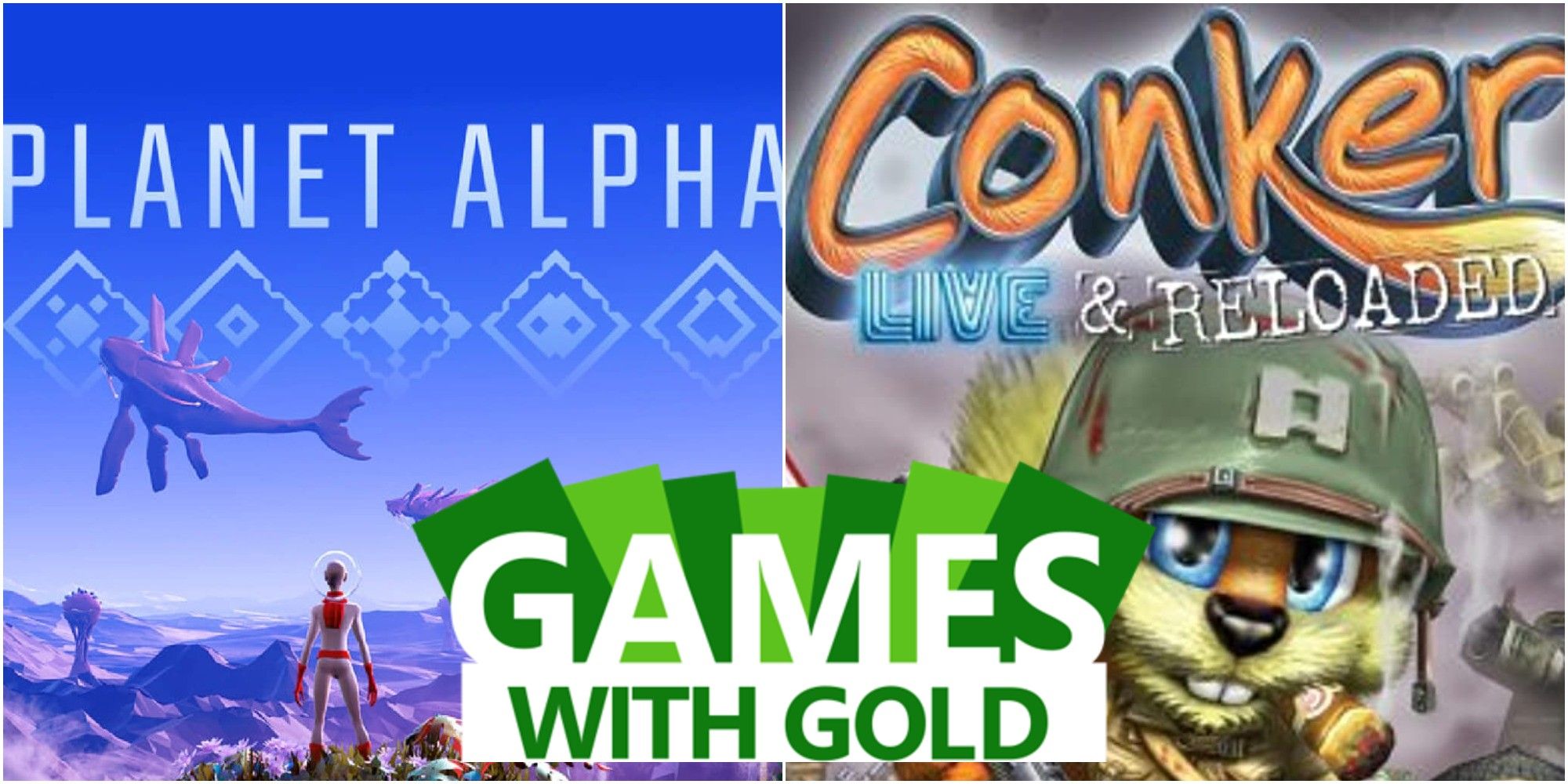 Xbox has announced which four games will be available through Games with Gold this July as Planet Alpha leads the way.

Michael Abayomi was born in Lagos, Nigeria. He shares a passion for books, movies, music, and video games. You can check out @michaelabayomi on YouTube, Twitter, or Instagram for more of his geeky adventures.