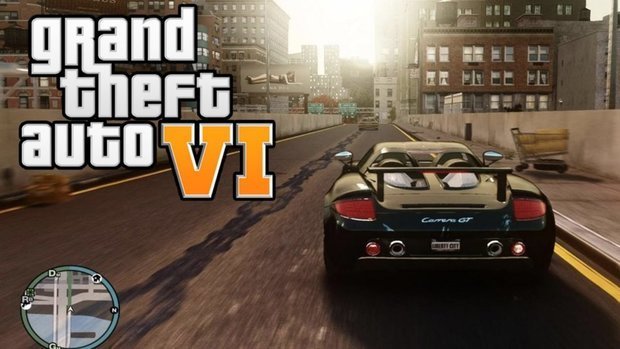 GTA fans, temper your excitement. There’s been a lot of talk this week off the back of TakeTwo’s regular financial call and for some the conversations have lead to some wild suggestions.

For those unaware, the TakeTwo are the grand wizards who control the likes of Rockstar Games and several more amazing video game companies such as 2K Games.

Needless to say, as far as big cheeses go, they’re the extra mature, extra large wedge you always think about buying in the supermarket before opting for the cheaper, smaller block.

Anyway, away from the diary chat, TakeTwo’s recent financial call this week obviously touched on a lot of good stuff for the company, namely, positive sales figures.

The company reported GTA 5 had managed to sell another 10 million copies, taking it to 110 in 6 years, whilst Red Dead Redemption 2 breezed past the 24 million figure.

Now this is just window dressing for one interesting nugget of information that came to light as CEO Strauss Zelnick confirmed the company has “titles coming in the fiscal year that have not been announced yet.”

Now, the current fiscal year ends on March 31, 2020, which suggests that these unannounced games will arrive at some stage in the next 10 months.

Somehow, some people have taken some grand canyon sized leaps to suggest we might see a new Grand Theft Auto in the not too distant future.

In some cases also linking this suggestion to some equally ridiculous rumours that Rockstar might be set to announce something GTA related at next month’s E3 2019 events.

Apparently, the rumour came from a user claiming to build a landing page for Rockstar parent company Take-Two, who suggested that a teaser for the currently unannounced game will be shown at E3 2019.

There’s a multitude of reasons, but the short answer is that Rockstar does not do E3. Traditionally, the developers have always released its trailers in its own time, off its own back, without any sort of warning beforehand.

They don’t team up with platform holders (read: Microsoft and PlayStation) for reveals, nor does it hold its own conferences at the show.

Unless we’re expected to believe Rockstar have done away with their decade-or-so way of doing things, we don’t think this is going to happen.

If we’re being honest, and candid, we’ll admit, we’re no mystic meg and can’t say categorically that Rockstar won’t launch GTA 6 in the coming months.

But honestly, we’ll eat one of our (many) snapback caps should Rockstar genuinely launch their next Grand Theft Auto in the next 10 months.

Not only is the rumour, utterly bananas, but there are so many more titles that TakeTwo could be talking about which make far more sense.

For one thing, 2K Games could bring us a new XCOM title and 2K Sports are sure to bring out a new NBA game. Do we also chuck WWE 2K20 in this mix.

Those two sports games are yearly titles, which, to our knowledge haven’t been announced yet, so they could count, and the quotes by Zelnick don’t seem to reference new IP.

What we’re saying is, there are so many things it could be without it being GTA 6.

We’re confident Rockstar are working on their next Grand Theft Auto and though we still think it’s very unlikely, you could make a case for a later 2020 launch – especially if there are new consoles launching – even then, you’d be pushing it.

But to see it come out before Rockstar’s next fiscal year? Well, that would just be plain bonkers.