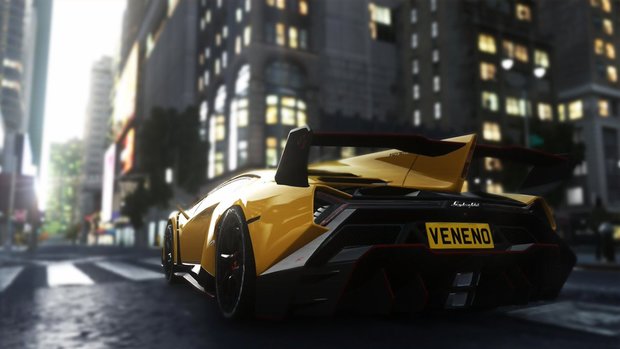 Ok, so what does this mean for GTA. Well, it’s important because Rockstar and in particular GTA 5 is notorious for its lengthy load times. This isn’t a secret, it’s been known for some time.

In fact when Microsoft launched Xbox One X last year the game was used by Window’s central to test if the Xbox One X really does improve loading times.

“One of the most impressive titles throughout our testing was Grand Theft Auto V (GTA V), a game notorious for its excessive loading times on other platforms. With a seamless open world absent of loading once in-game, first starting the game often comes with a longer wait. From start-up to Story Mode, GTA V showed the largest gain, both proportionally and in raw time.

“On average the initial start-up time was 47 percent shorter [On Xbox One X compared to Xbox One S]; a figure that closely backs up Microsoft’s marketing claims. While inconsistencies in networking made it harder to accurately measure GTA Online load times, these also reduce on Xbox One X. It’s the best gain we experienced, highlighting how its storage can still bring benefits for titles lacking graphical enhancements.”

Such improvements help highlight just how transformative the next-gen could be on games. If Microsoft can make that kind of advances just by improving storage setup under the hood, just think of what both consoles could do with an SSD.

As we edge more and more towards this exciting new benchmark in sandbox gaming, we’re trying to figure out exactly what it’s going to look like when it arrives and to that end we’ve been looking at other mods and creations to see what GTA 6 can realistically deliver when it launches sometime in the next, well, decade.

We’ve already got an idea about the graphics we could see, and some potential locations for GTA 6 may have already leaked, too.

Further to that, we’ve also speculated about the size of the game’s map previously by taking Red Dead Redemption 2’s size and looking at how Rockstar has iterated on that kind of base between games (and generations) before.

Plus, last week, we saw a post of a possible GTA 6 map published online: thanks to Dexerto, we can see what the map would look like if we composite all the locations from previous games into the game place.

You can see this speculative GTA 6 map in all its glory at the link.