GTA 6 is one of the most eagerly anticipated games on the horizon, despite not being officially announced by Rockstar Games.

It has been almost six years since GTA 5 was released, and now Red Dead Redemption 2 is out gamers are wondering what Rockstar is launching next.

Fans have been left hoping GTA 6 is the title that Rockstar Games has lined up its sleeve, and recent rumours have only fuelled these flames.

In April a rumour emerged that GTA 6 would be out in 2020 and that it would be a timed exclusive for the PS5.

And ever since then the floodgates have opened with more alleged GTA 6 leaks emerging.

It’s been claimed that GTA 6 will only be for next-gen consoles, with the new Grand Theft Auto game allegedly not appearing on the PS4 and Xbox One.

It’s also been claimed that GTA 6 will be set in Vice City, the first time a Grand Theft Auto game has featured this setting since 2006.

It remains to be seen if these claims are true, and as with all rumours it’s best to take them with a pinch of salt until official confirmation.

But in the meantime comments from Rockstar Games may have shed light on why fans are still waiting for an official GTA 6 announcement.

In a post online popular YouTuber ChampChong took an in-depth look at when Rockstar Games could release the next GTA game.

In a recent video titled “why is Rockstar Games delaying GTA 6”, the YouTube channel which has almost 900,000 subs analysed previous GTA launches.

ChampChong explained that ever since the PS2 era the gap between the initial unveiling of a GTA game and its launch has widened.

The YouTuber said the gap between the GTA 5 reveal trailer and its actual launch was two years. 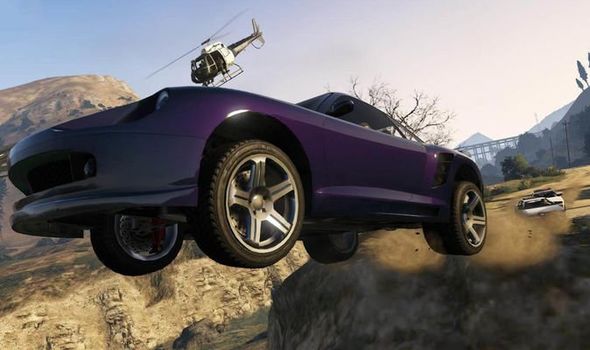 So even if GTA 6 gets revealed this year ChampChong predicted the game may not be out until “2021 or 2022”.

The YouTuber, when analysing reasons why GTA 6 still hasn’t been announced, highlighted comments previously made by Rockstar co-founder Dan Houser.

At the end of 2018 Houser said: “It’s really unclear what we would even do with [GTA 6], let alone how upset people would get with whatever we did.

“Both intense liberal progression and intense conservatism are both very militant, and very angry. It is scary but it’s also strange, and yet both of them seem occasionally to veer towards the absurd.

“It’s hard to satirise for those reasons. Some of the stuff you see is straightforwardly beyond satire. It would be out of date within two minutes, everything is changing so fast.”

Speaking about the comments, ChampChong said: “If you don’t understand what Dan Houser is referring to it’s the political landscape we live in.

“[Rockstar] would want to touch on something similar to how South Park does things.

“They create something to within three, to five, seven days and then they put it on television and it lives for that moment.

“But in the current climate, things are just changing way too quickly for them to jump onboard with something, and then the story of the game by the time they even finish developing it it’s going to be out of date.”

ChampChong went onto say: “Something [Rockstar] may be working on with the next Grand Theft Auto game is not making it something in the modern times because that is kind of more difficult and challenging for them because of the current climate that we do live in.”

It remains to be seen what era Rockstar Games does set the next Grand Theft Auto game in, and whether the setting they choose is in the past.

An 80s theme would surely be welcomed by those that loved Vice City, but it would mean Rockstar misses out at poking fun of the current era we live in.

Satire and humour has played a big part in the GTA series, and there’s surely plenty of biting commentary Rockstar could make about the modern world.

It remains to be seen what Rockstar has planned next for GTA, but fans hopefully won’t have to wait too long to find out.

It has been rumoured that GTA 6 will get revealed during E3 2019, but the jury is still out on whether that will be the case.

Express.co.uk will be at E3 2019 so we’ll be keeping you posted on all the big news that does break from the gaming extravaganza.