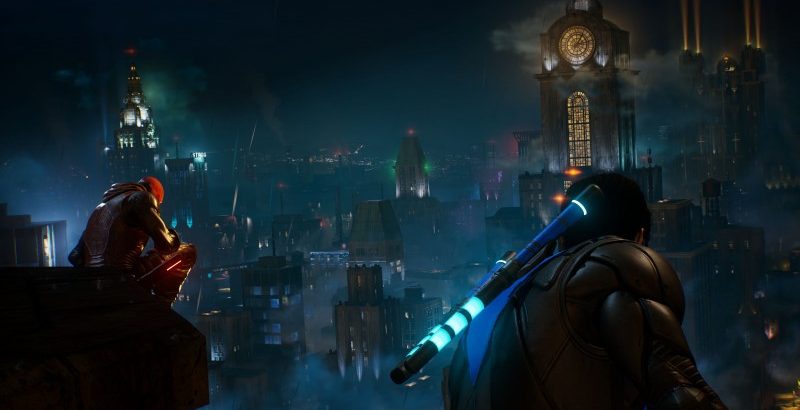 Gotham Knights was first announced during the DC Fandome streaming event. And even though it’s not a part of the acclaimed Arkham series, the visuals and gameplay are informed by the popular Batman games. Players can take on Gotham’s criminal underbelly as Robin, Batgirl, Nightwing, and Red Hood. In a deep-dive interview with GamesRadar, Gotham Knights’ executive producer Fleur Marty and creative director Patrick Redding talked about WB Montreal’s mission to create a seamless, engaging two-player co-op experience while staying true to the Arkham series’ gameplay.

“We have entirely redesigned the combat system in order for it to work well in co-op,” said Marty. “Of course, we’re still a brawler, and some of the mechanics won’t feel totally alien for people who played and enjoyed the Arkham series, but it is in many ways very different.” Additionally, the entirety of Gotham City has been redesigned so that co-operative play feels more natural and intuitive. Redding mentioned how co-op experiences will make players feel like an unstoppable duo, “The two-player dynamic fits the fantasy and the Gotham City setting. The ‘duo’ or team-up is such a central feature of the universe that there’s a literal shorthand for it in the comics, animation, film, and TV versions. Gotham is a city of alleyways and rooftops, so the footprint for gameplay needs to be compatible with that.”