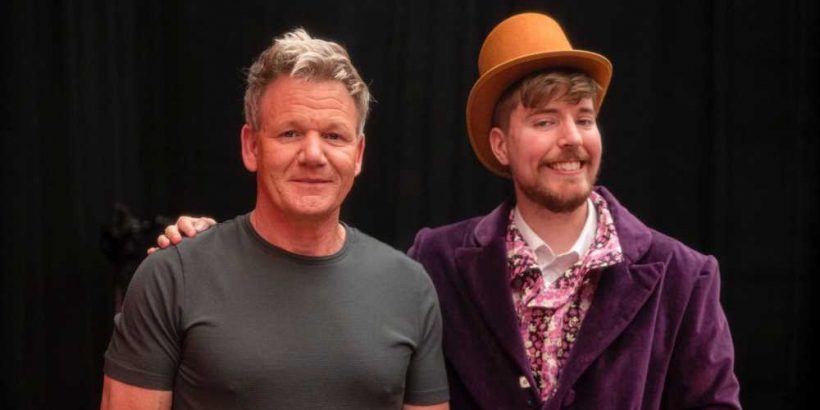 Everyone reading this will have fantasized about living in, or at least paying a visit to, a fantasy world from a show, movie, book, or game they love. A number of you are likely wondering what it would be like to live a long time ago in a galaxy far, far away following the debut of Obi-Wan Kenobi last week. Forget that for a second, as MrBeast is creating a slightly different backdrop from a movie. The room where everything within it is edible and there's a chocolate river running through the middle from Willy Wonka and the Chocolate Factory.

Yes, that's right, the YouTuber's next incredibly ambitious project is to create a Willy Wonka-inspired factory of his very own. Sadly, Gene Wilder, the actor who played the iconic role of Willy Wonka all the way back in 1971, is no longer with us so can't be a part of the project. MrBeast has recruited the services of someone who will be able to whip up something tasty, though. Renowned chef and internet sensation in his own right thanks to TikTok, Gordon Ramsay.

MrBeast shared a photo of himself dressed as Wilder's Wonka stood alongside Ramsay over the weekend (thanks, Dexerto). “We have Gordon Ramsay, a chocolate waterfall/river, and a custom-built warehouse full of candy challenges to decide who wins it,” the tweet reads. MrBeast previously provided an update on the chocolate waterfall/river part of the project, and at last glance, it doesn't look all that appetizing. It certainly doesn't run the risk of a greedy contestant falling in and getting sucked up a pipe at this point in time.

The role Ramsay will play hasn't yet been revealed. Whether the chef will host this wacky new project, be preparing sweet treats for contestants to eat, or if it will just be a cameo appearance. A second image of the British celebrity on set has also found its way online in which he is recreating the iconic idiot sandwich moment/meme with MrBeast's close friend and fellow YouTuber, Karl Jacobs.

As implied in the tweet above, MrBeast's Willy Wonka project will be contest-based. This follows on from the streamer's massive Squid Game recreation in which he had replicas of the massive sets from the show made and invited people to come and compete for a cash prize. Thankfully the similarities didn't extend to the way in which losing contestants were eliminated on the Netflix show. Fingers crossed MrBeast adopts the same thinking once his chocolate factory is up and running. Pumping someone full of blueberry juice wouldn't be a good look.