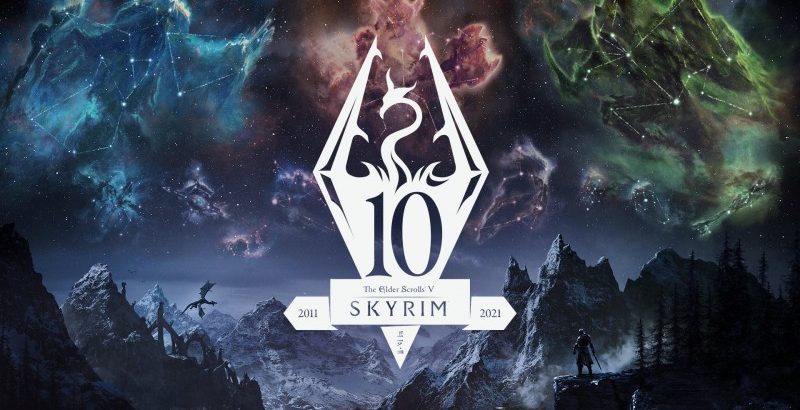 QuakeCon 2021 is going on now and the annual showcase kicked off with a pleasant Quake remaster announcement and a plethora of intriguing panels to listen in on. It also came with the confirmation that Skyrim is re-releasing again for the billionth time, just in case anyone forgot it existed.

For a quick timeline, Skyrim, the fifth entry in the beloved Elder Scrolls franchise, first launched back on November 11, 2011, and instantly became a massive hit. So much so that Bethesda re-released it. And then released it again. And then again. The studio even released it on Alexa, the AI robot of our dreams, as a joke response to all of the memes about how much love Skyrim gets. Fast forward to 2021. Where — you guessed it — Skyrim is coming back again, this time with next-gen upgrades for PlayStation 5 and Xbox Series X. Oh, and fishing. Skyrim is finally getting fishing.

Because this is called the Anniversary Edition, the latest re-release will be dropping on November 11 later this year, ten years post-launch.

As much as I’m joking about Skyrim’s latest launch, it’s easy to see why Bethesda keeps doing this. For starters, it’s a cash cow. While Morrowind continues to be my favorite in the Elder Scrolls franchise, Skyrim was an instant cult classic. Players loved becoming Dragonborn and Bethesda loved giving that experience over and over again. Pair that with Skyrim being one of the largest homes to the modding community, and it’s easy to see why the community for this is alive and well. With the sixth Elder Scrolls game coming down the pipeline, this is an interesting way for newcomers to dive in for the first time, and for others to justify their backlog for another playthrough.

Yes, that was a self-dunk, thank you.

For those looking for what else Bethesda has in store, you can also check out the full QuakeCon schedule here to learn what other panels and reveals are on the way.