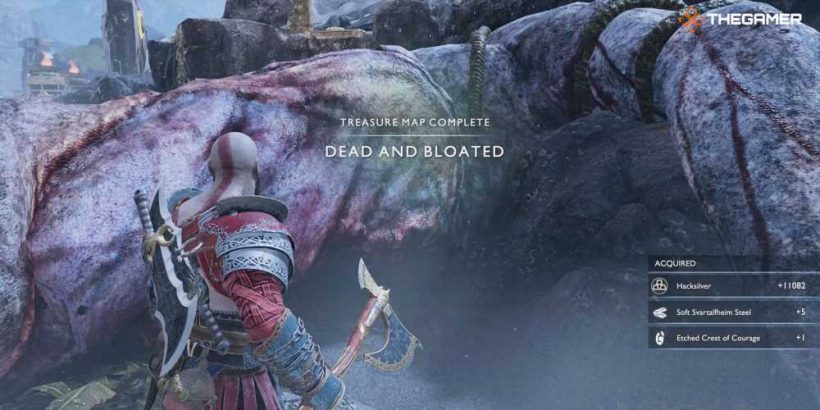 Like many other games, God of War has its share of collectibles. These collectibles are hidden in different areas of the game. Aside from Jötnar Shrines and Odin’s Ravens, you can also find treasure maps that lead to some special loot. These treasures are buried and must be found, but are worth the effort to score some great stuff for your character, such as an enchantment or crafting materials needed to make new gear for Kratos.

Where to find the Dead and Bloated Treasure Map 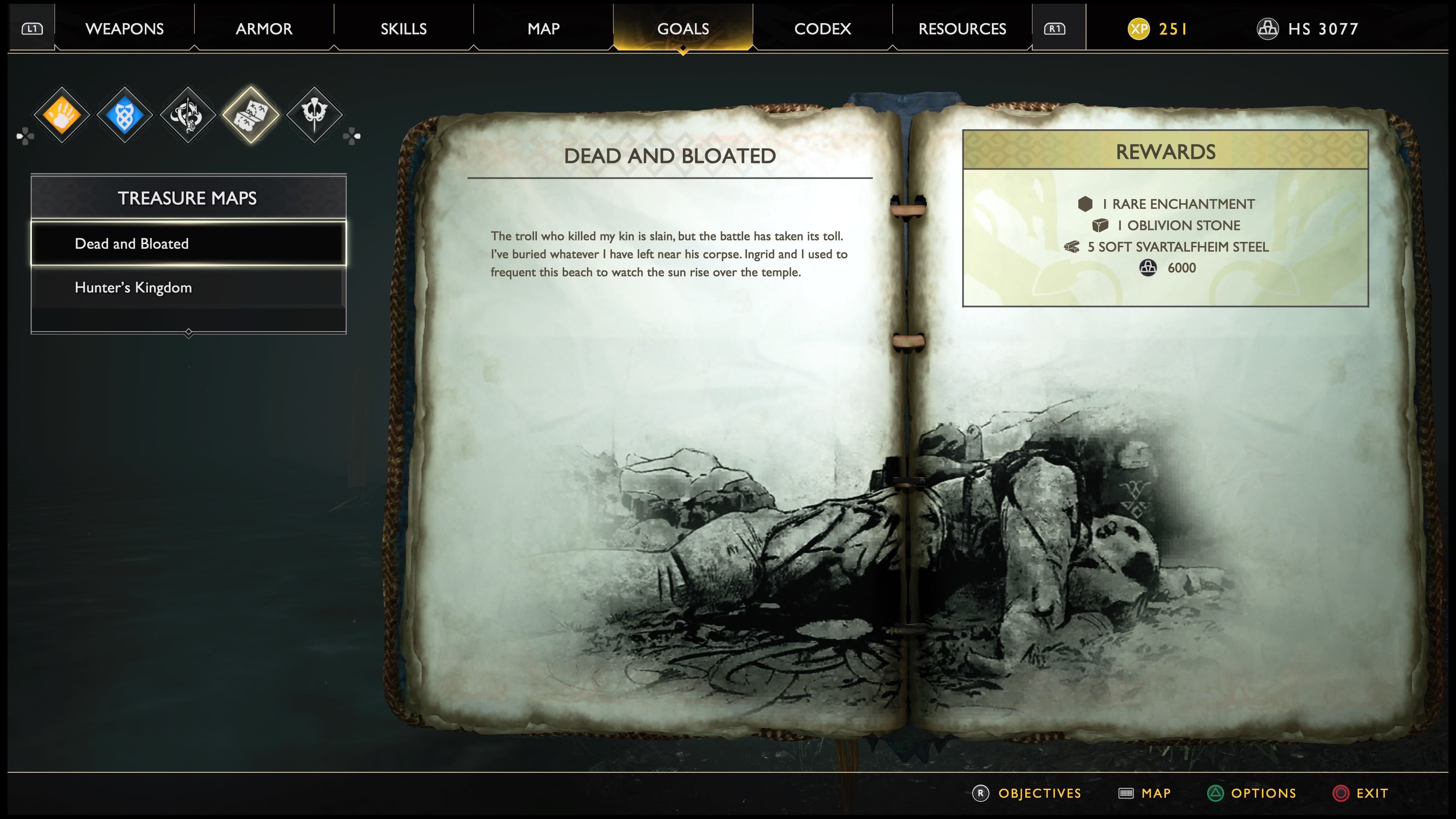 You will have to make your way to the Volunder Mines for the Dead and Bloated Treasure Map. The area will be accessible in the “Second Hand Soul” favor mission given to you by Brok. When you reach the point where you have to destroy the “R” rune, make your way down the chain. Here you will have to deal with Nightmare enemies. After doing this, instead of looking for a way through the blocked door, climb up the platform in the distance and take a left.

Keep going straight until you reach the chain that will take you down to a chest. After looting the chest, you can pick up the treasure map adjacent to the chest. The map will appear in the Goals tab under the Treasure map sub-tab. The next thing you need to do is to find the treasure.

Location of Dead and Bloated Treasure 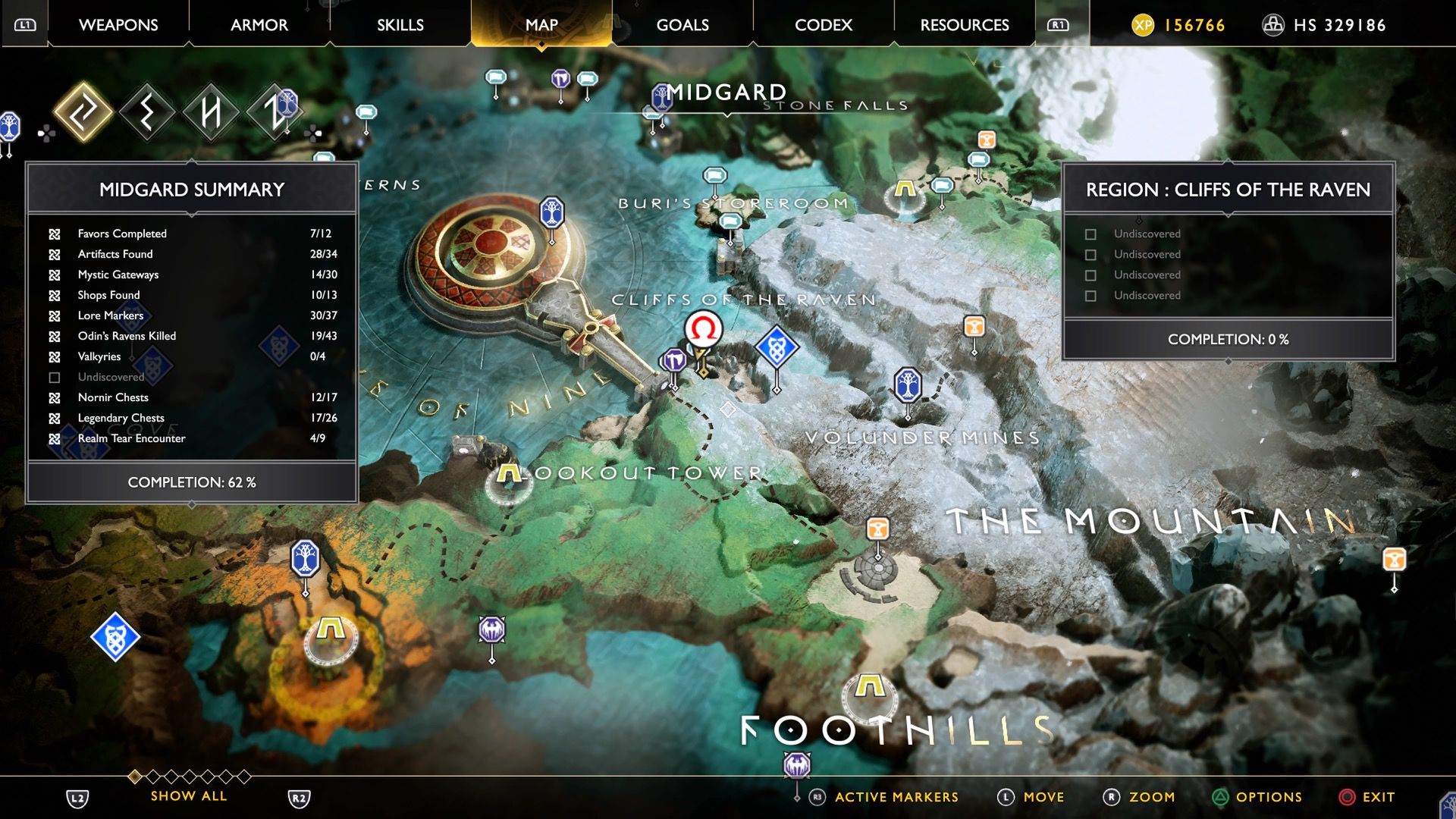 The treasure map in your inventory will read as follow:

“The troll who killed my kin is slain, but the battle has taken its toll. I’ve buried whatever I have left near his corpse. Ingrid and I used to frequent this beach to watch the sun rise over the temple.”

The clue hints at a dead troll that will lead you to the Cliffs of the Raven. You need to head straight to the back. From the top, you will see the dead troll lying on the ground. Use the chain to go down and approach the troll to find the buried treasure. Once you come near the troll's chest, you will get the option to pick up the item.

Collecting the treasure will get you an Oblivian Stone, a good amount of Hacksilver, a rare Enchantment, and five Soft Svartalfheim Steel​​​​​.