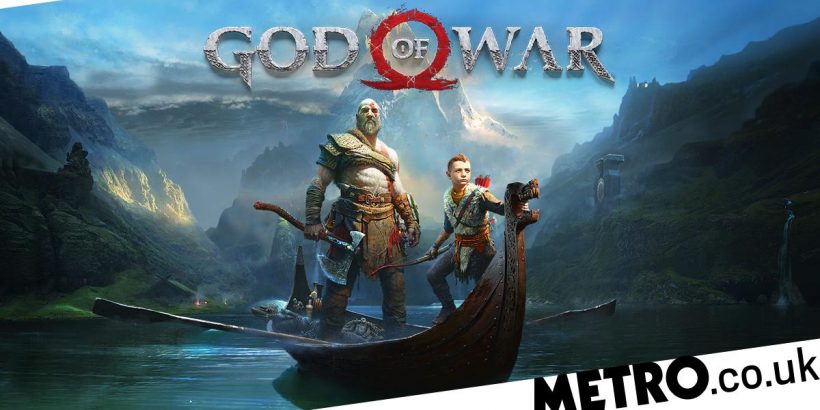 One of the best PlayStation exclusives ever made gets an updated PC version that looks and plays better than ever.

Given that all of Sony’s exclusives this year are cross-gen it’s still unclear when anyone will be able to stick a fork in the PlayStation 4 generation and say that it’s done; especially now that Sony has restarted production of the console. That also means nobody can say, without fear of future contradiction, which is the best exclusive. For PlayStation 4, we can’t imagine that ever not being Bloodborne but in terms of internally developed Sony games our pick would be God Of War – one of the best sequels of all time.

Although the lack of numbers and subtitles in its name implies a reboot this is nothing of the sort; there’s a major time skip but it follows on directly from the original games. You don’t need to have played the earlier titles to understand what’s going on, but the new game is surprisingly vague about the past of protagonist Kratos and his interactions with the Greek pantheon of gods.

A detailed knowledge of series lore is not essential to enjoying God Of War but where you do miss out is in appreciating the difference between how Kratos is portrayed here, when compared to the originals. Before the PlayStation 4 he was nothing but a brutish thug and, unless you were an angsty teenager, one of the most unlikeable characters in all gaming. This new game has many great qualities, but its greatest achievement is making Kratos seem like a relatable person.

As with Sony’s other PC ports this doesn’t feature any new content, so apart from the improved visuals it’s essentially exactly the same as the PlayStation 4 game, our original review for which you can read here. Rather than ancient Greece, the new game – and the follow-up due later this year – are set several decades later in an unspecified part of Scandinavia. The game’s setting is strange, though, in that there are almost no human characters and no attempt to portray the region as inhabited by anything other than ghosts, gods, and monsters.

You also get to visit several of the other nine realms from Norse mythology (the Marvel movies are a surprisingly good primer for many of the concepts and characters) but the story starts with Kratos burying his wife and embarking on an arduous journey to scatter her ashes from the highest peak in the Nine Realms. Accompanying him is his young son Atreus, with who Kratos has great difficulty connecting.

What transpires is a third person action adventure very much in the mould of Sony games like The Last Of Us and Horizon Zero Dawn. However, there are some light role-playing elements to God Of War, and a more complex combat system, that give the action a depth and variety that its stablemates often lack.

On its original release Sony was very careful not to describe the game as open world, but it is really, even if there is only one major open plan area. By the end you can go anywhere you want, whenever you want, but there’s also a Metroidvania style structure that sees you returning to previous areas to unlock new pathways and locations as you gain new powers and equipment.

This certainly isn’t Metroid Dread in 3D though and while there are many obvious comparisons to make with other games and genres God Of War manages to avoid feeling formulaic by always offering at least a small twist on existing conventions.

Despite a range of different armour and charms, Kratos’ only weapon in the game is an axe which he can throw like Thor’s hammer from the Marvel movies and recall it with the press of a button. There are no combos as such, but you do gain a shield to parry with and, like the original games, there are still elements that bear comparison with Japanese games such as Devil May Cry and Bayonetta, including the ability to ‘juggle’ enemies in the air and an optional bullet time effect.

Arteus can also help out with his bow and arrow but there’s no pretending that the combat is as involved as its Japanese counterparts, but then there’s a lot more going on in God Of War than just fighting.

God Of War’s narrative is linear but for once it uses the long running time of a video game to its advantage, so that the slow thawing of Kratos’ personality feels organic and natural. The game’s themes of parenthood and acknowledging the mistakes of your past feel all the more incisive precisely because Kratos used to be just a one-dimensional monster, creating a character arc that feels surprisingly relevant despite the fantasy setting.

As with everything else, the game’s flaws are exactly the same as last time, with the lack of enemy variety becoming very obvious by the end, with some of the most blatant palette-swapping since the 16-bit era. The role-playing elements can also seem quite superfluous, as if they were added in late in development just to give the illusion of greater gameplay depth.

In terms of visuals, the original always looked great but naturally it’s even better on PC. You’ve got support for 4K resolution, unlocked frame rates, improved reflections and shadows, DLSS, and all the trimmings. Of particular note though is the 21:9 ultra-widescreen option and mouse and keyboard support where someone actually seems to have sat down and thought about it for more than five minutes – instead of just assuming everyone will use a joypad (which they should, but that’s not the point).

God Of War is one of the best games of the last generation and it’s lost none of its appeal over the last four years. The only problem with this PC version is that PC gamers are much less likely to have played the originals than PlayStation owners, so the full impact of Kratos’ character development may be lost. That’s not nearly a good enough reason to miss out on such an excellent game though and if nothing else this new version makes the wait for God Of War Ragnarök all the more tantalising.

In Short: Kratos looks better than ever in this welcome PC port of one of the best action adventures of the outgoing generation.

Pros: Some of the best storytelling ever in an action game, with a fascinating reinvention of Kratos’ character and an extremely well-crafted game world that’s full of secrets. Good PC port.