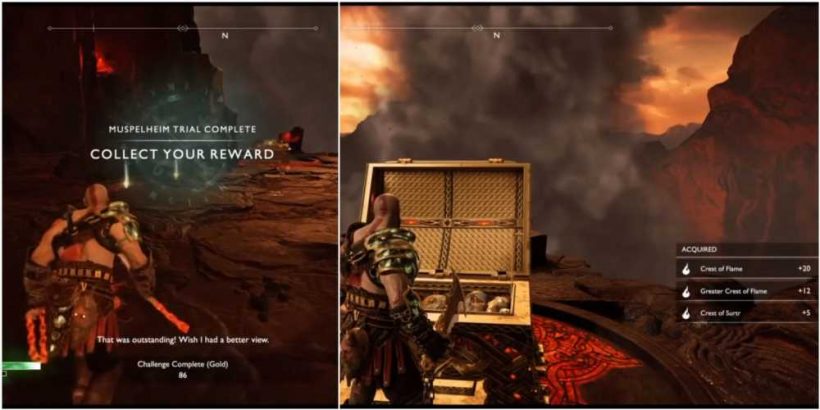 One of the most complicated resources to acquire in God of War is the Greater Crest of Flame. It is not available in the main story, and for it, you will have to unlock a new side area and complete it. That side area is Muspelheim, which you can unlock after collecting the four Ciphers. Completing the whole realm will require you to do many tough trials and challenges that can be frustrating.

The Greater Crest of Flame is a unique and vital resource in the game as it allows you to upgrade the Gauntlets of the Valkyrie and the Muspelheim Eye of Power. Both of these enchantments are used in the Shattered Gauntlet of Ages, an Easter egg like the Infinity Gauntlet from Marvel.

How To Unlock Muspelheim 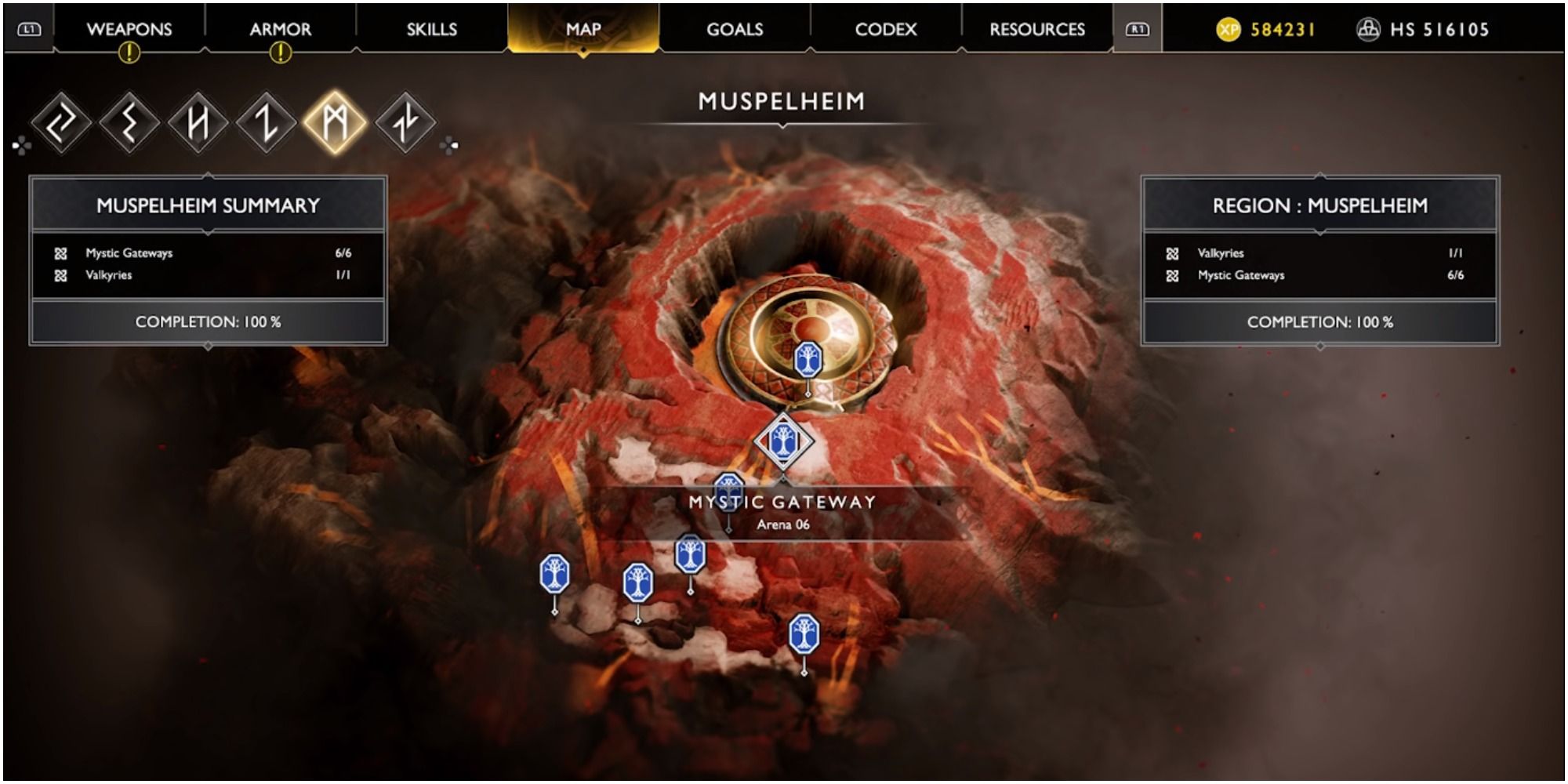 To acquire the Greater Crest of Flame, you will have to complete a lot of steps beforehand. The first step is unlocking the realm of Muspelheim. You can do this by collecting four pieces of Muspelheim Language Ciphers.

These are contained inside purple chests found throughout the game. The Ciphers you need will be in Alfheim, Cliffs of the Raven, Forgotten Caverns, and The Mountain. Once you unlock Muspelheim, make your way there through the Bifrost Bridge on the Lake of Nine. Once you get there, you will see a new fiery realm with layers of an area. 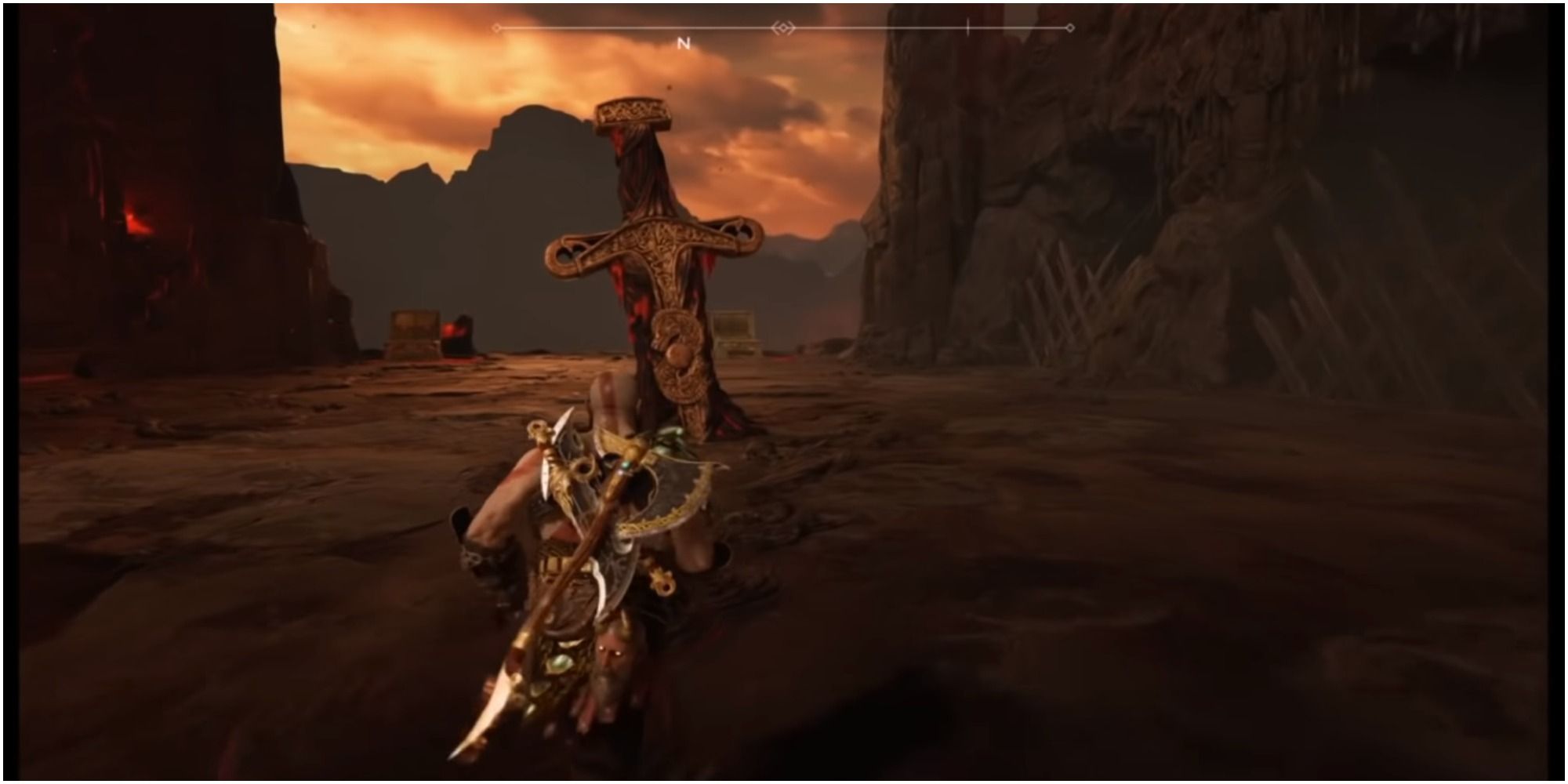 You will have to complete all five trails here and keep moving forward until you reach the final arena. Here you will face Gondul, one of the nine Valkyries. After defeating her, you will now unlock different trials that are more complicated variations of the older ones.

After completing one of these trials, you will acquire a key that can be used back where you faced Gondul. There will be a Giant Sword, and interacting with it will show you the Surtr's Hidden Trials.

The Hidden Trials are a ranking system based on your demonstration. Completing the trial on Silver will get you a Greater Crest of Flame. However, if you want to farm more, you will have to exceed the required amount asked in the Gold Challenge.

For example, in the Time Attack trial, where you have to kill as many enemies as you can in a period, you will have to kill more than 65. Completing this trial will reward you with many resources and 12 Greater Crest of Flame. You can then use these to upgrade the enchantments in the Shattered Gauntlet of Ages.