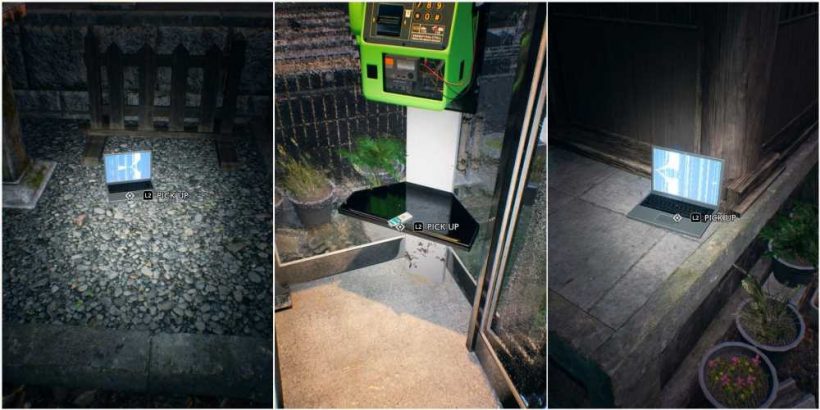 Whether it's hidden Tanuki, bountiful side quests, or missing notes, there is always something to find in Ghostwire: Tokyo. This game has a collect-a-thon for just about everything, and lore-filled audio recordings absolutely fall under that umbrella. There are 17 of these scattered around Tokyo, and it's down to Akito and KK to nab them all.

That may be easier said than done. Whilst they all tend to hover around shrines or phone booths, finding the right shrine, or the right phone booth is not exactly easy. Tokyo is a large place, and it's overflowing with both, after all. That being said, lore aficionados can't afford to miss out on these tasty nuggets of audio bliss.

I Just Wanted To Say "Plan B" 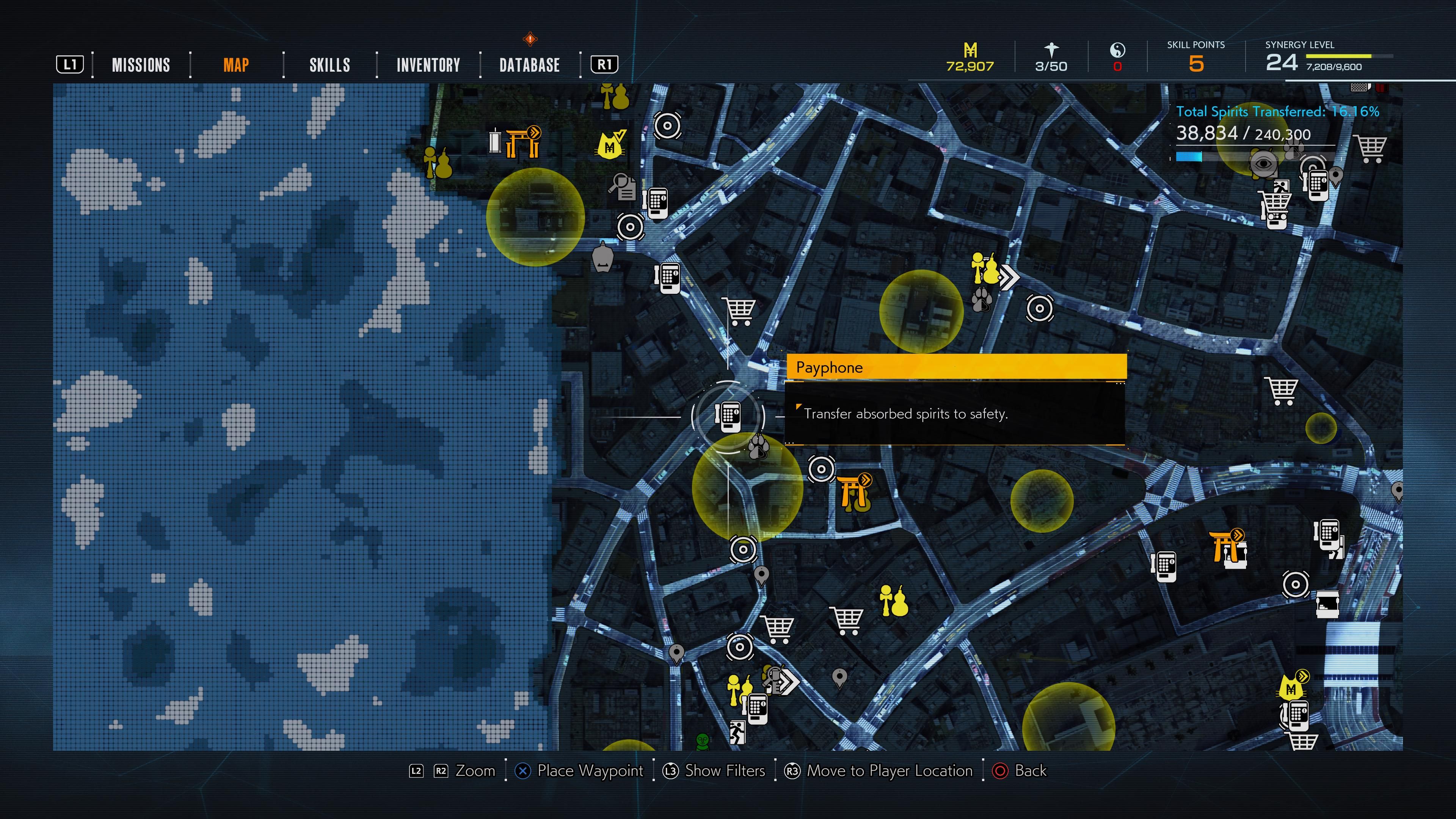 This Voice Log can be found by traveling to Akisawa Shrine and heading northwest. There's a nearby telephone booth that houses the log. Alternatively, you can pick this Voice Log up during the "KK" mission in Chapter Two as your main route passes right by this telephone booth. 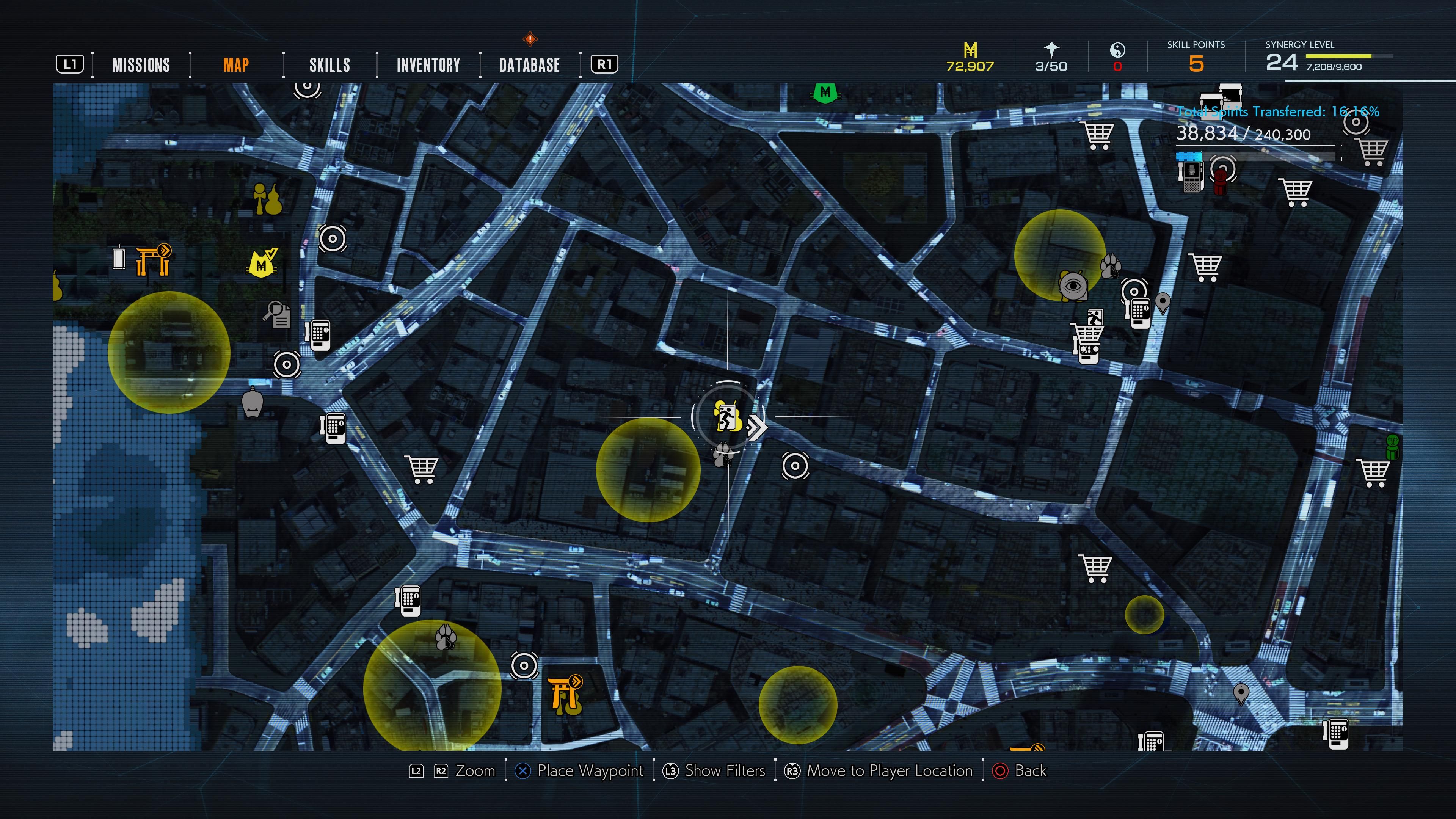 This Voice Log is unmissable providing you progress through the "After The End" series of side quests. The Difficulty With Human Beings Voice Log can be found during the second part of this three-part questline.

Have You Seen Any Visitors? 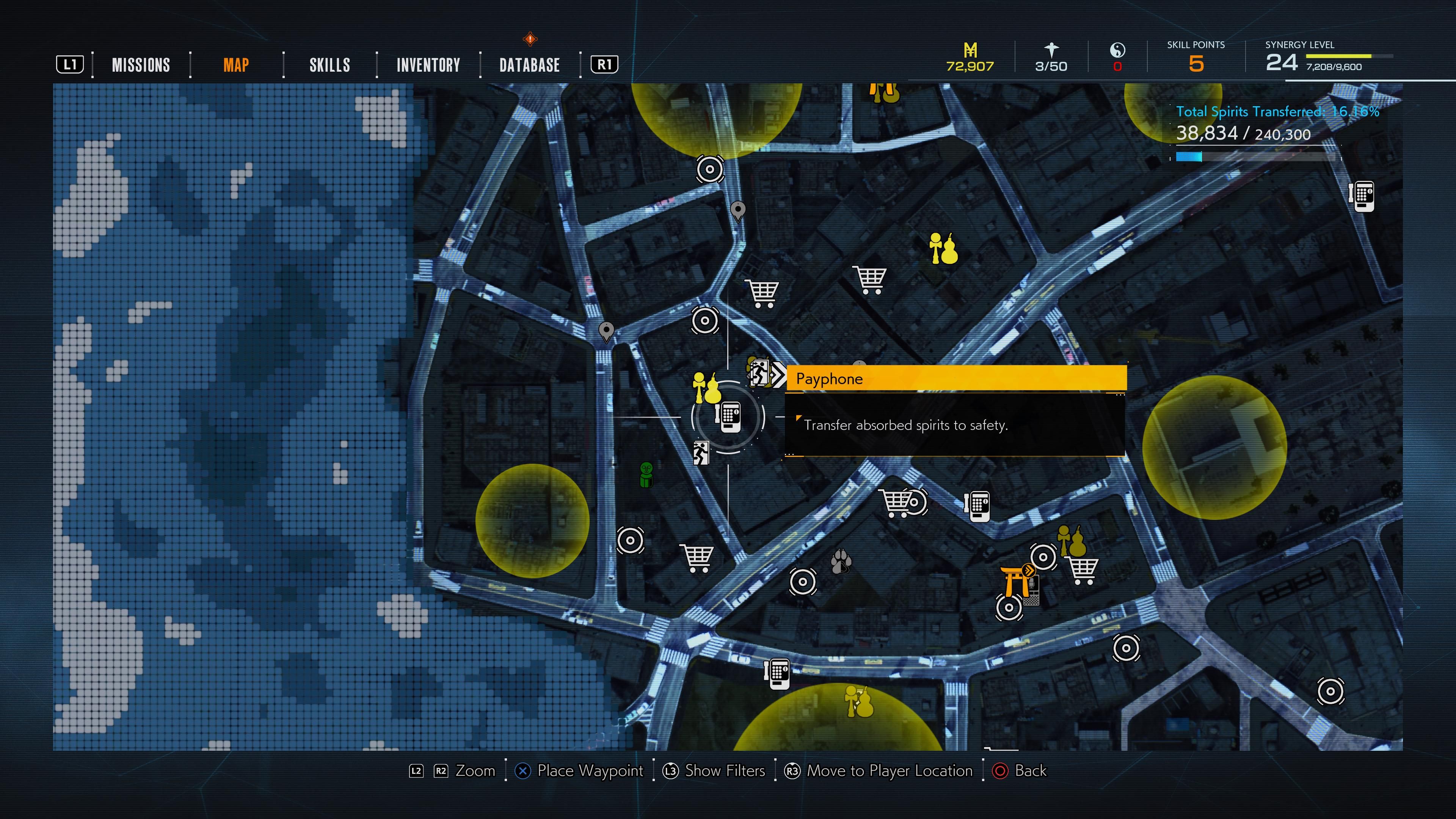 Travel to KK's Apartment/Safehouse in the Namita Shrine Area of Tokyo. The nearby telephone booth holds the Voice Log. 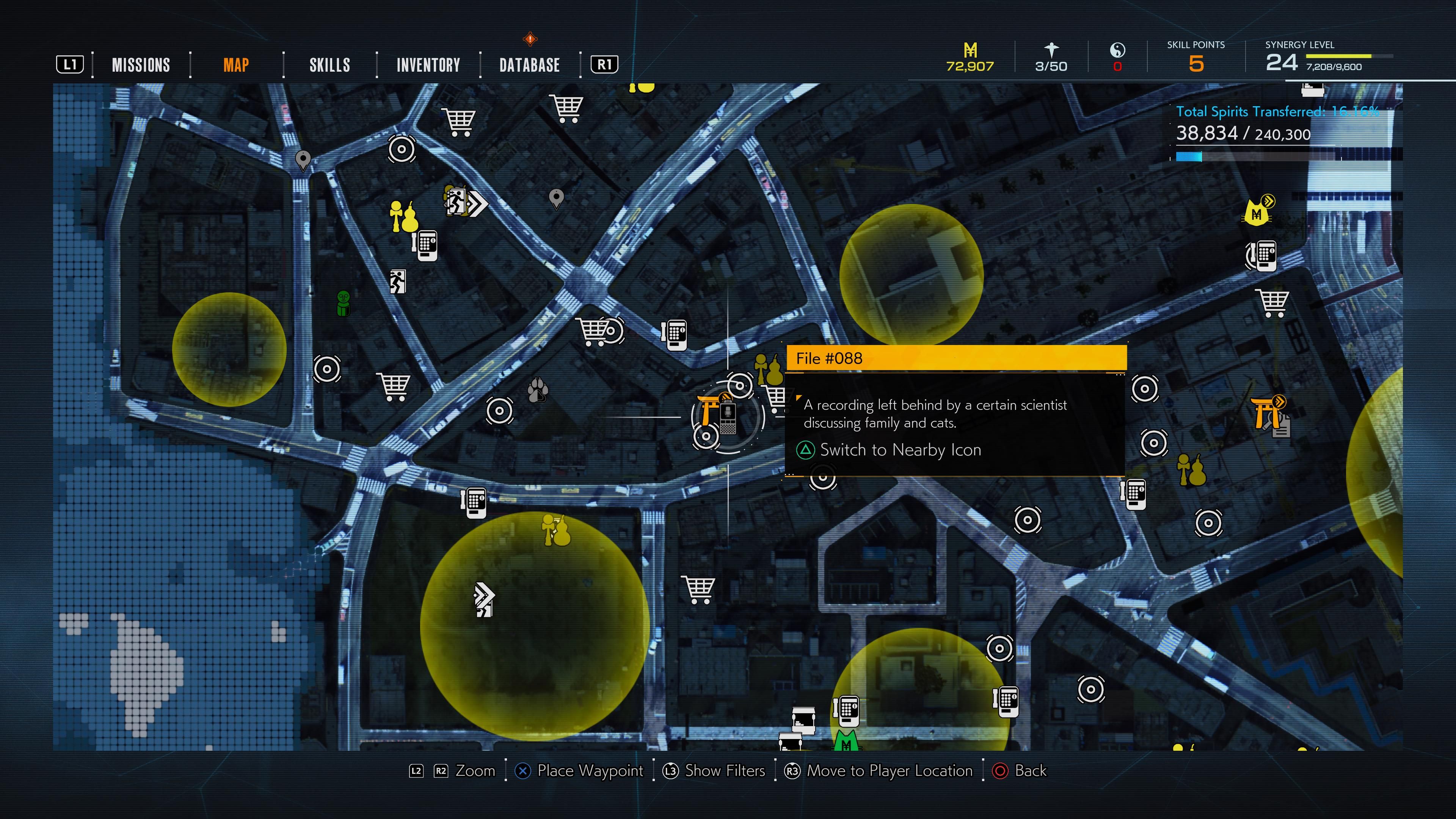 Travel to Namita Shrine, and to your left, you should see an open laptop. This laptop is actually a Voice Log ready to be picked up.

On The Use Of Meika 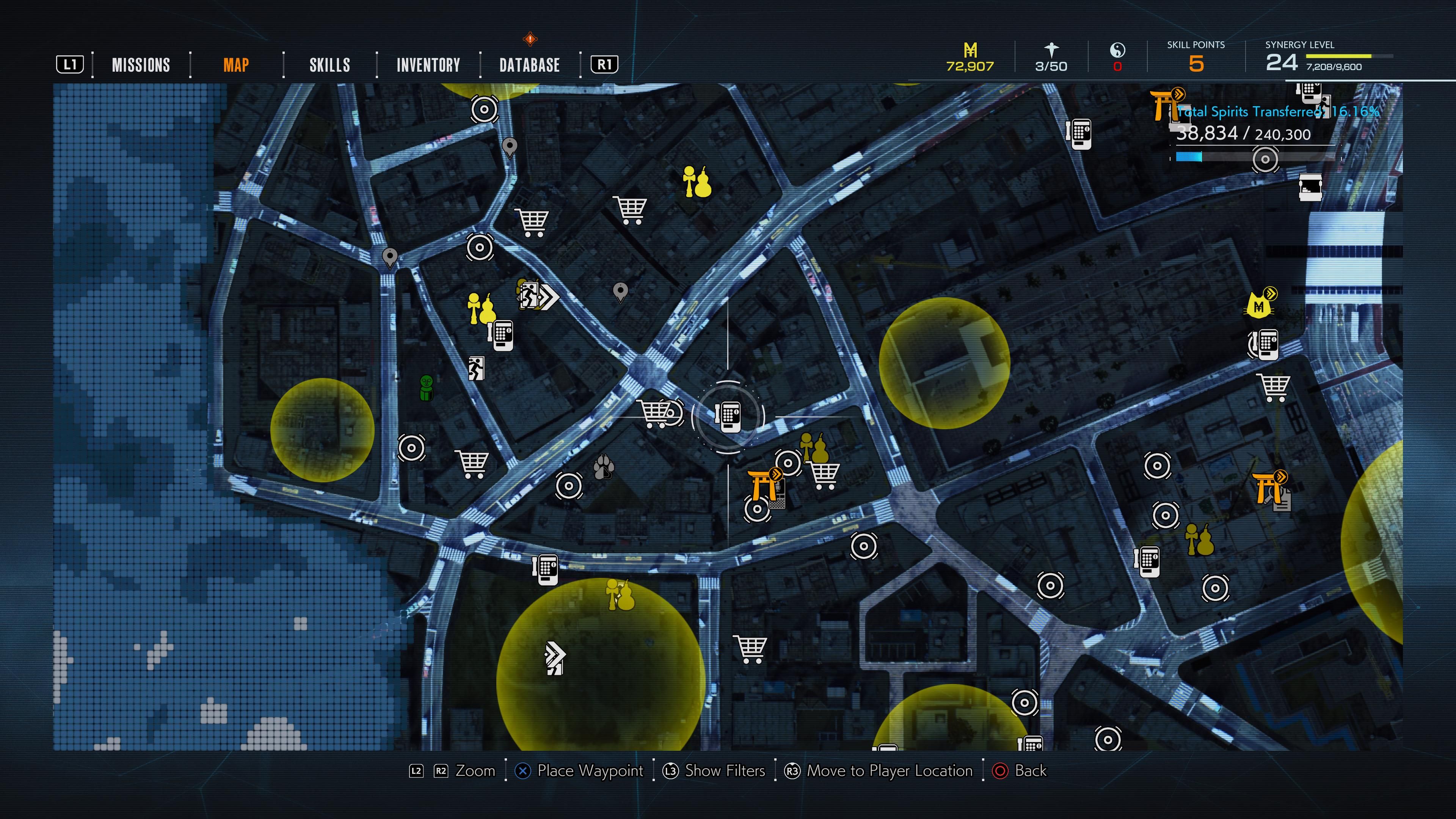 Make your way to Namita Shrine, and head north towards a nearby telephone booth. Here you will find another Voice Log. 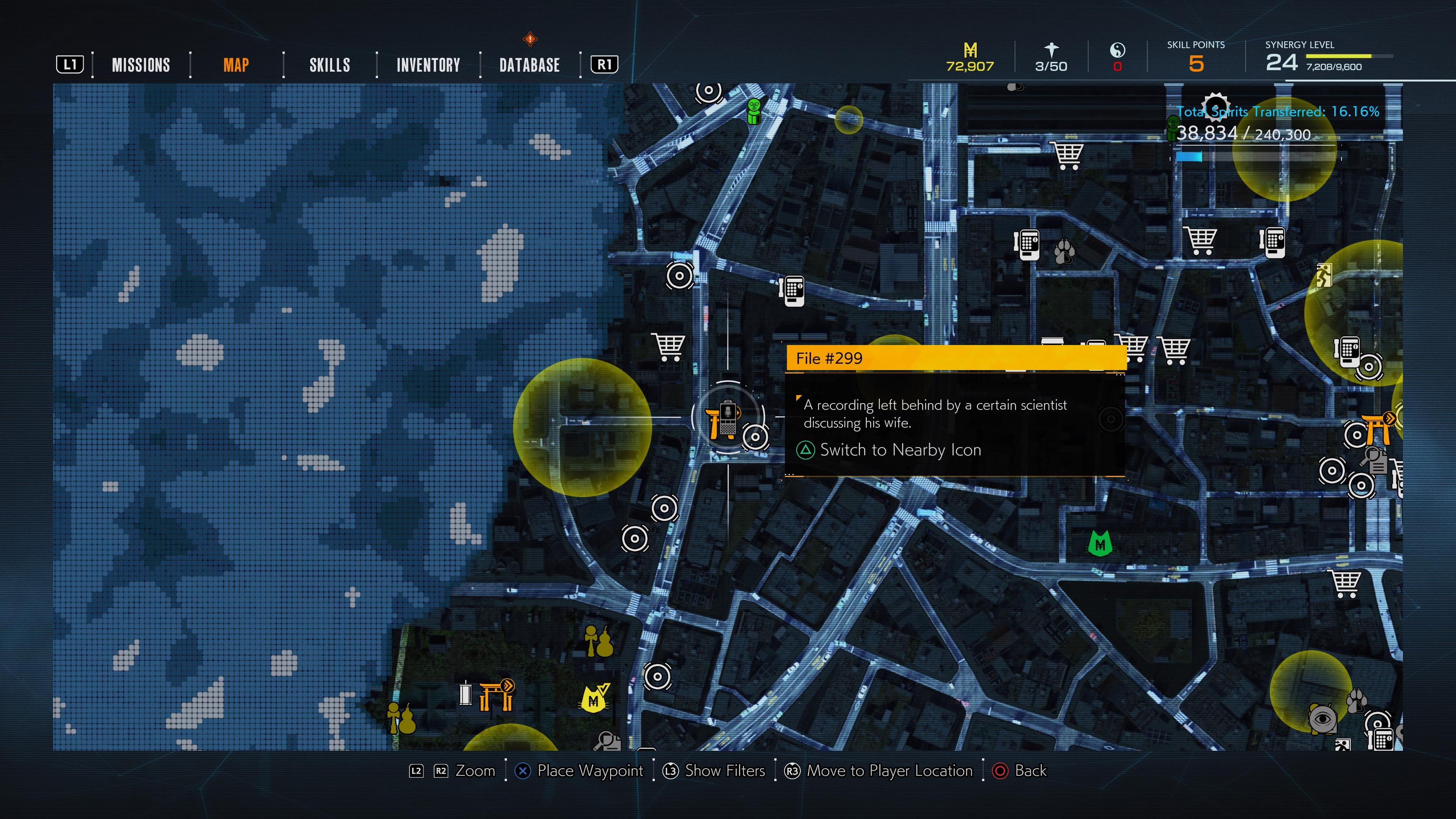 Travel to Matsumi Shrine and you should be able to see the Voice Log to the right of the Torii Gate.

A Flavor Worth Dying For? 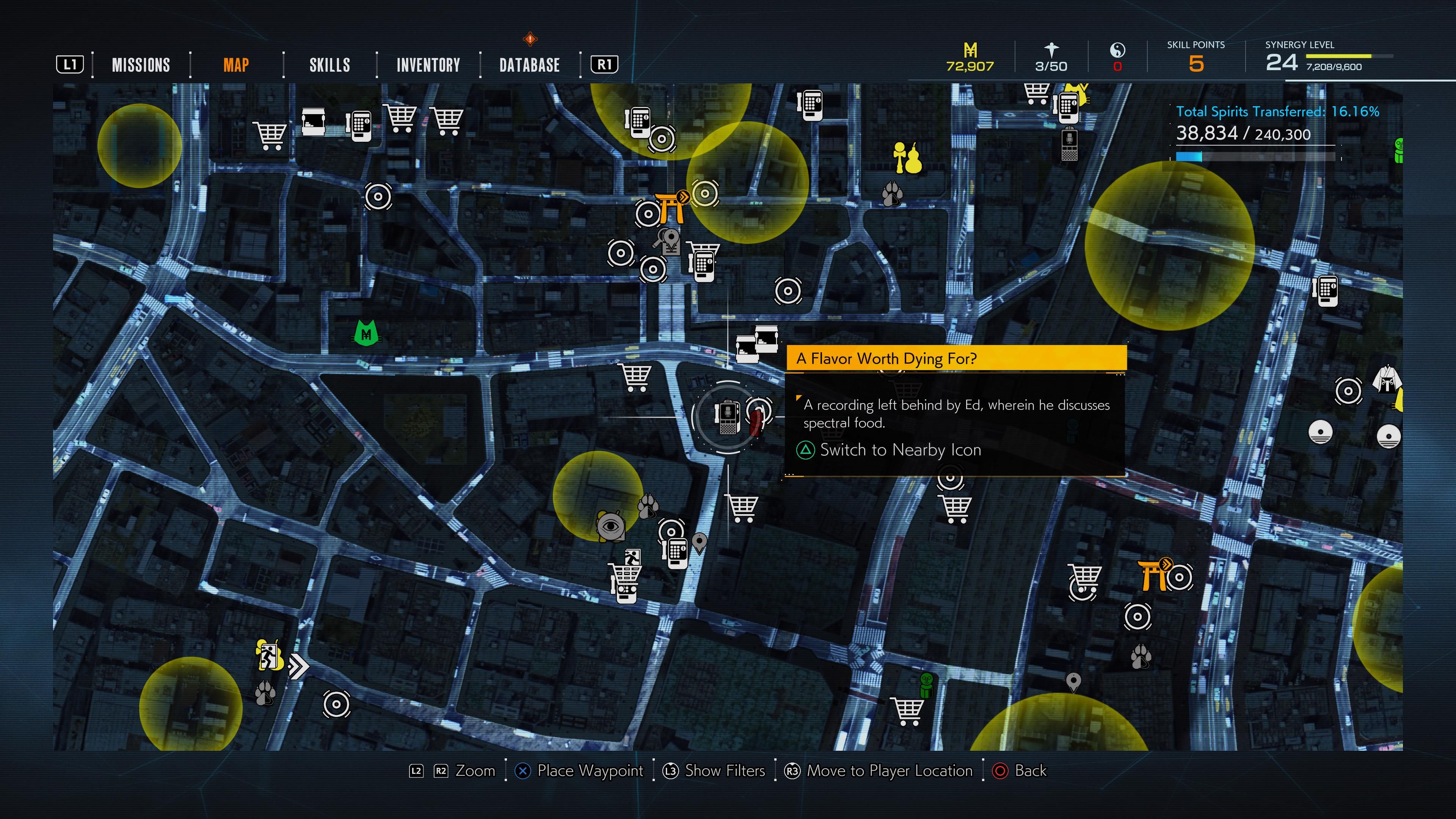 Travel to the Utagawa Shopping District Torii Gate and head south, beyond the crossroads. You will find a telephone booth holding a Voice Log near a Fire Jizo Statue. Whilst you're here, you may as well pick that up too.

In The Midst Of Battle 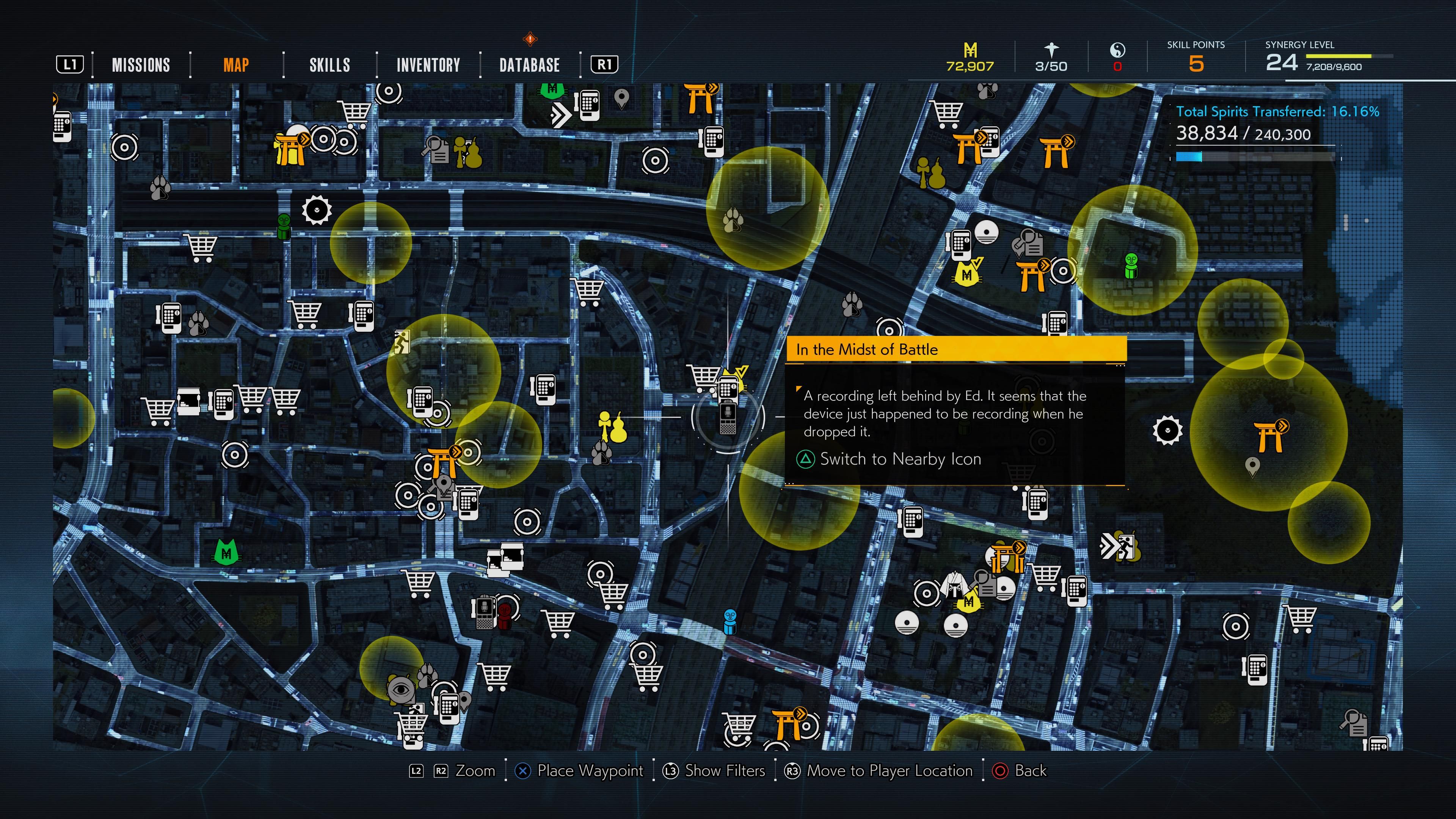 This could be the first Voice Log you find, as it cannot be missed. You will find it during the "Blindness" main mission in Chapter Three, and you can't progress the story until you grab this log. 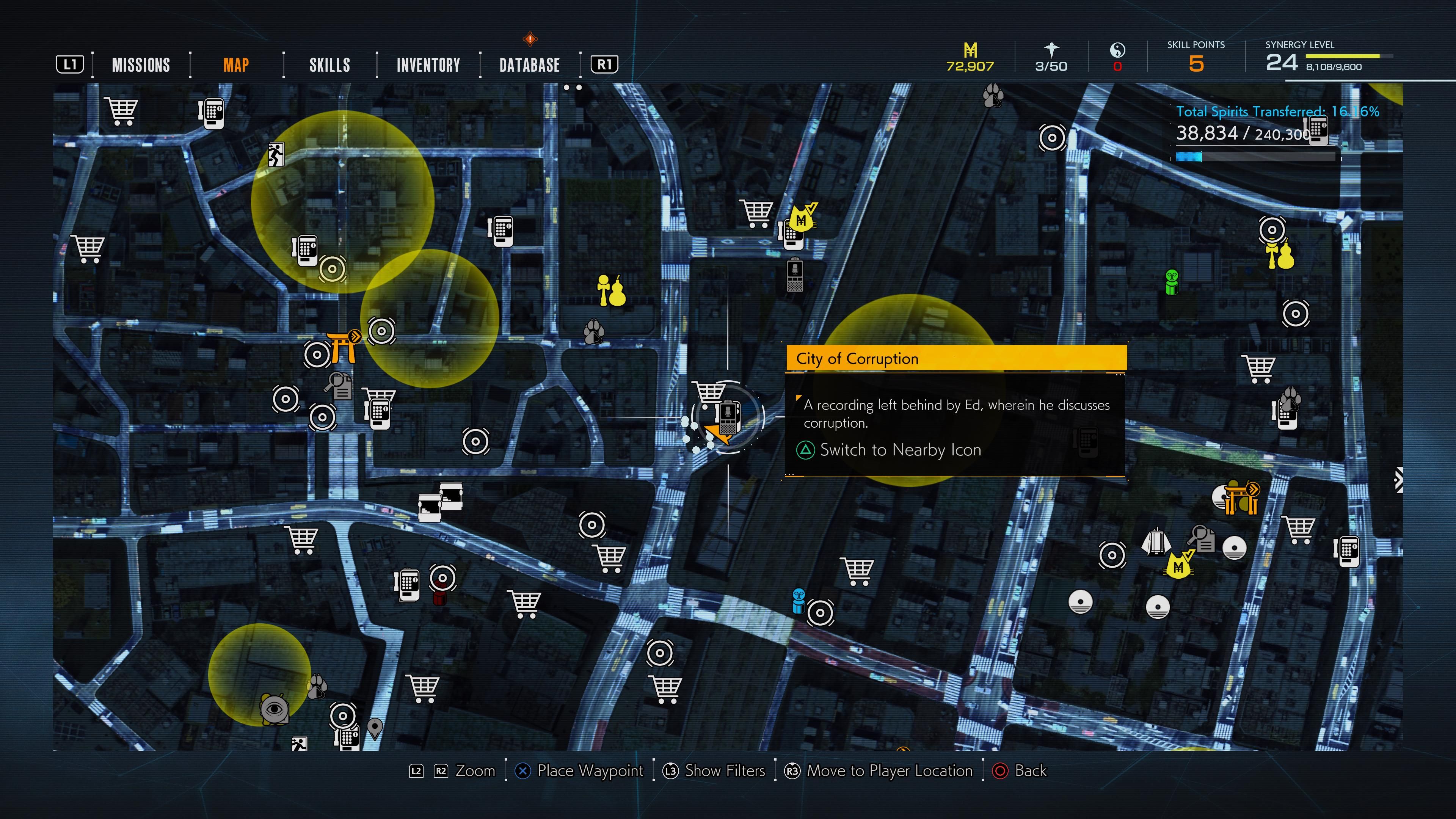 Head to Onten Shrine, and make your way west. On the western edge of the Onten area, you will find a telephone booth near a convenience store. This booth holds your Voice Log. 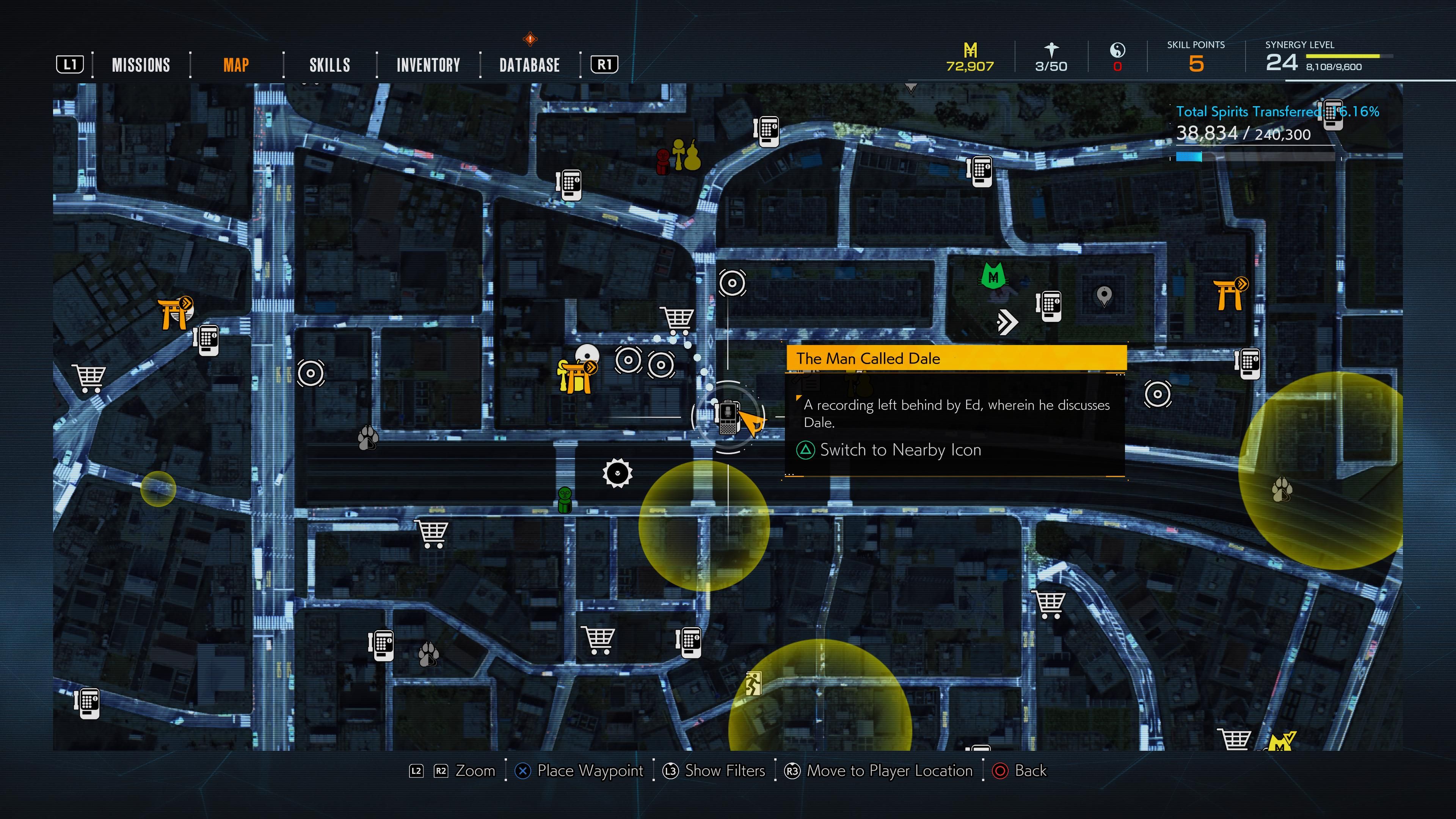 Go to Yamaki Shrine and then head towards the river to your south. Keep on the north side of the river, and follow it west. You will find a telephone booth with a Voice Log inside. 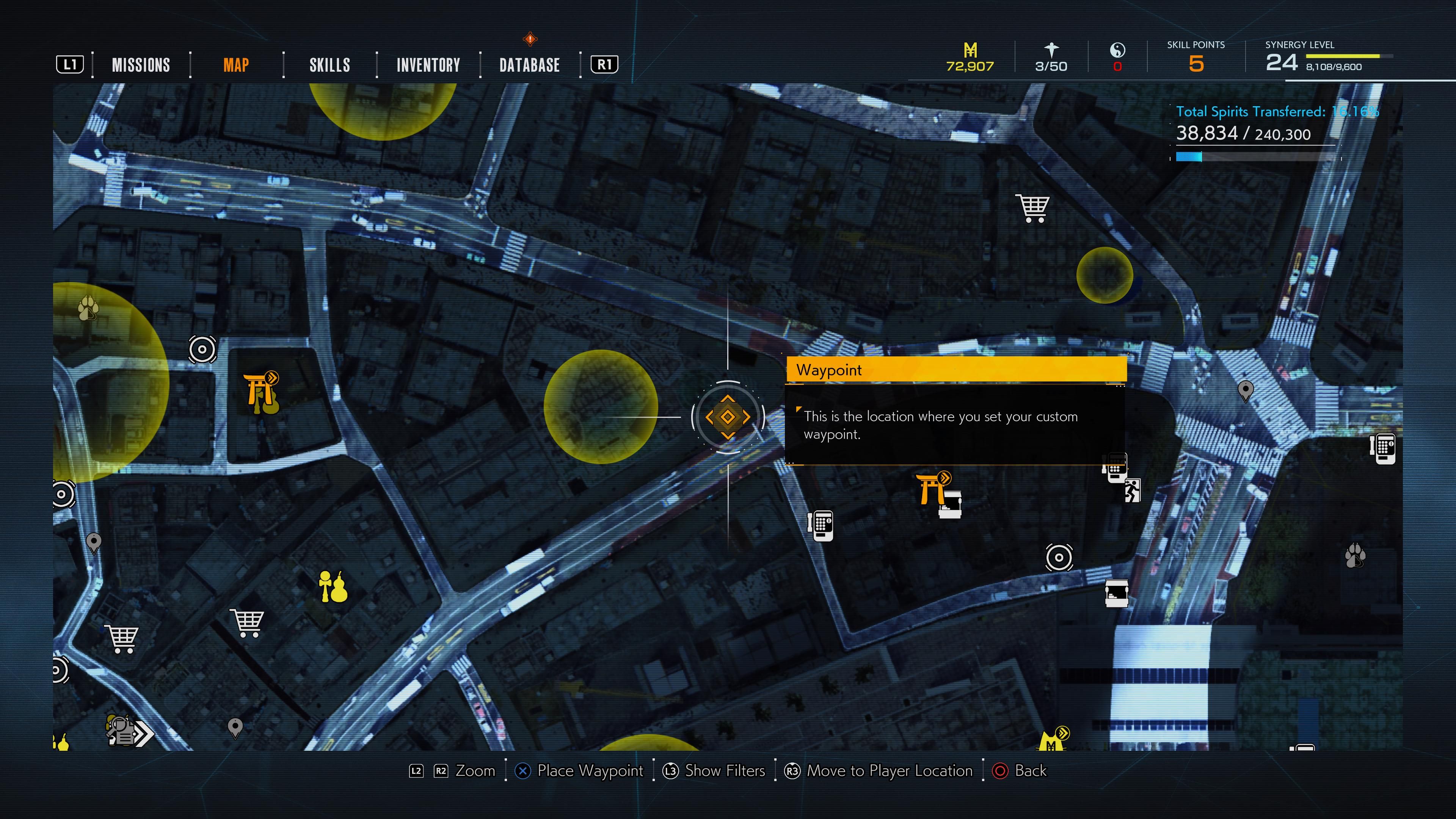 Another unmissable Voice Log, although this one is linked to a side quest, not the main mission. During the "After The End" side quest, you will be forced to pick up a Voice Log – this is that Voice Log.

The Fluidity Of Spirits 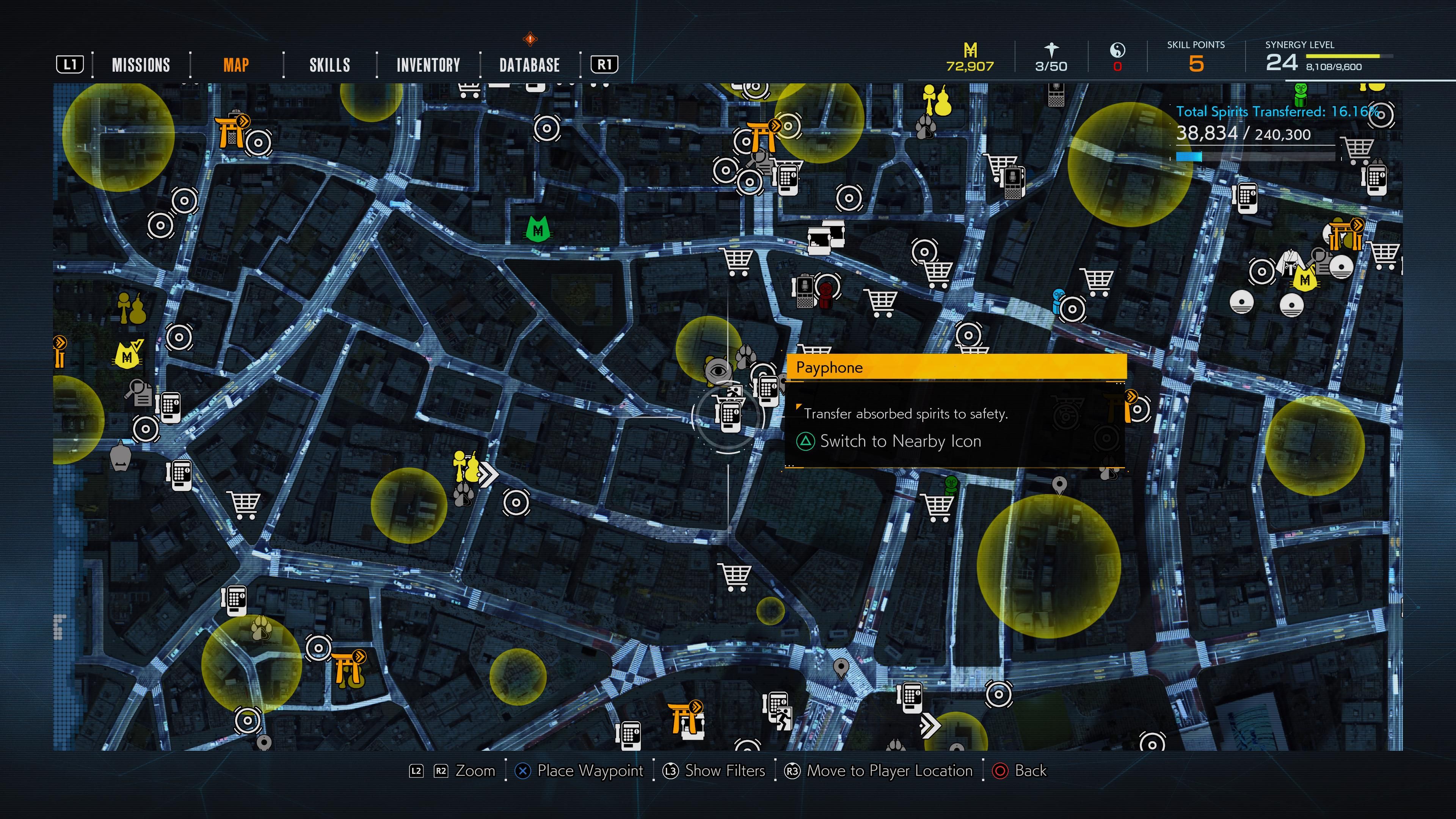 Travel to Morite Shrine, and head north. On the northern border of the Morite area, you will find a telephone booth opposite a Tengu. Inside this booth is a Voice Log.

Yokai Are All Around Us 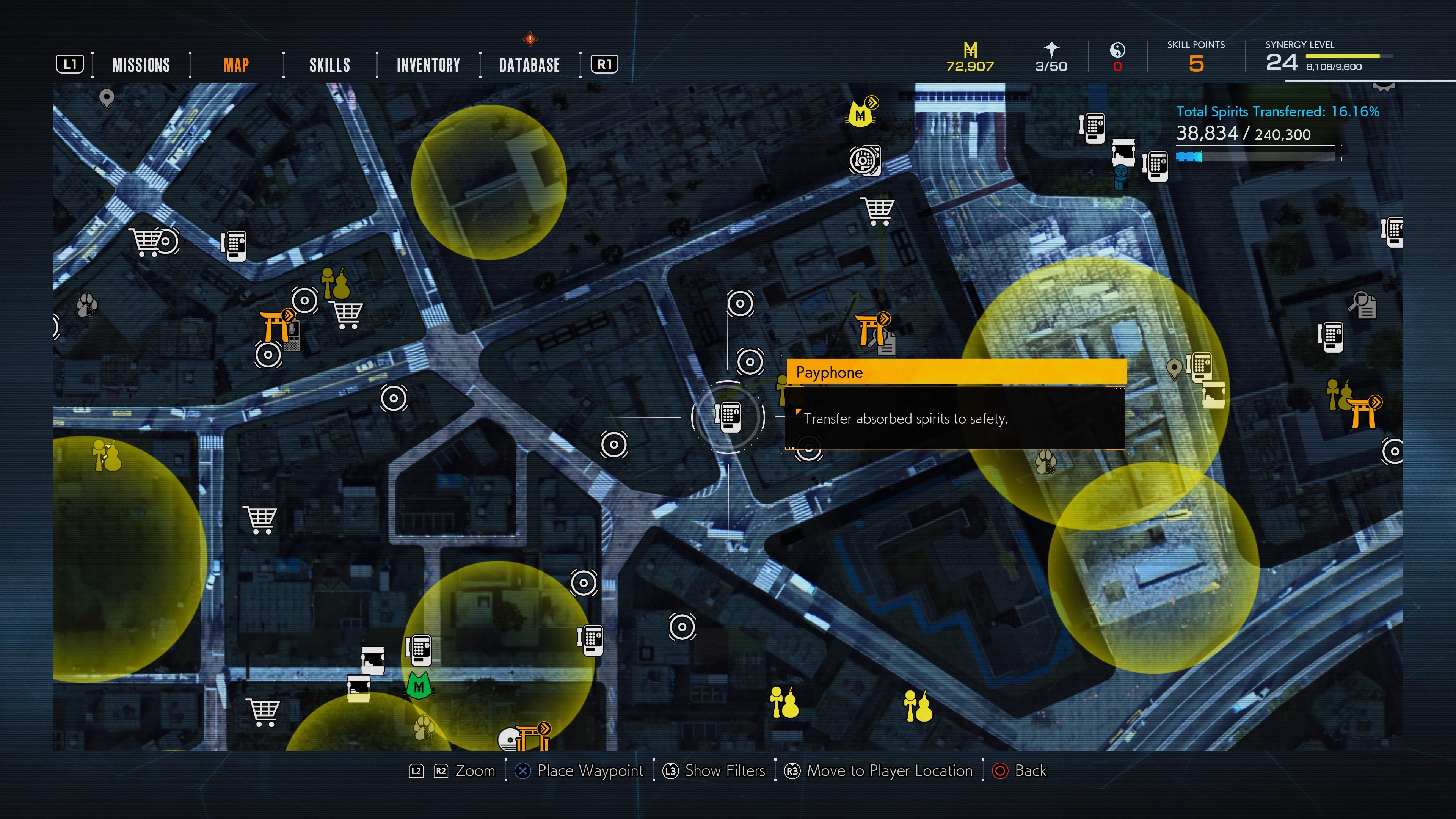 Head to Yashin Shrine, and take the elevator to the ground level. From here, exit the construction site and go southwest. You will come across a telephone booth that holds another Voice Log. 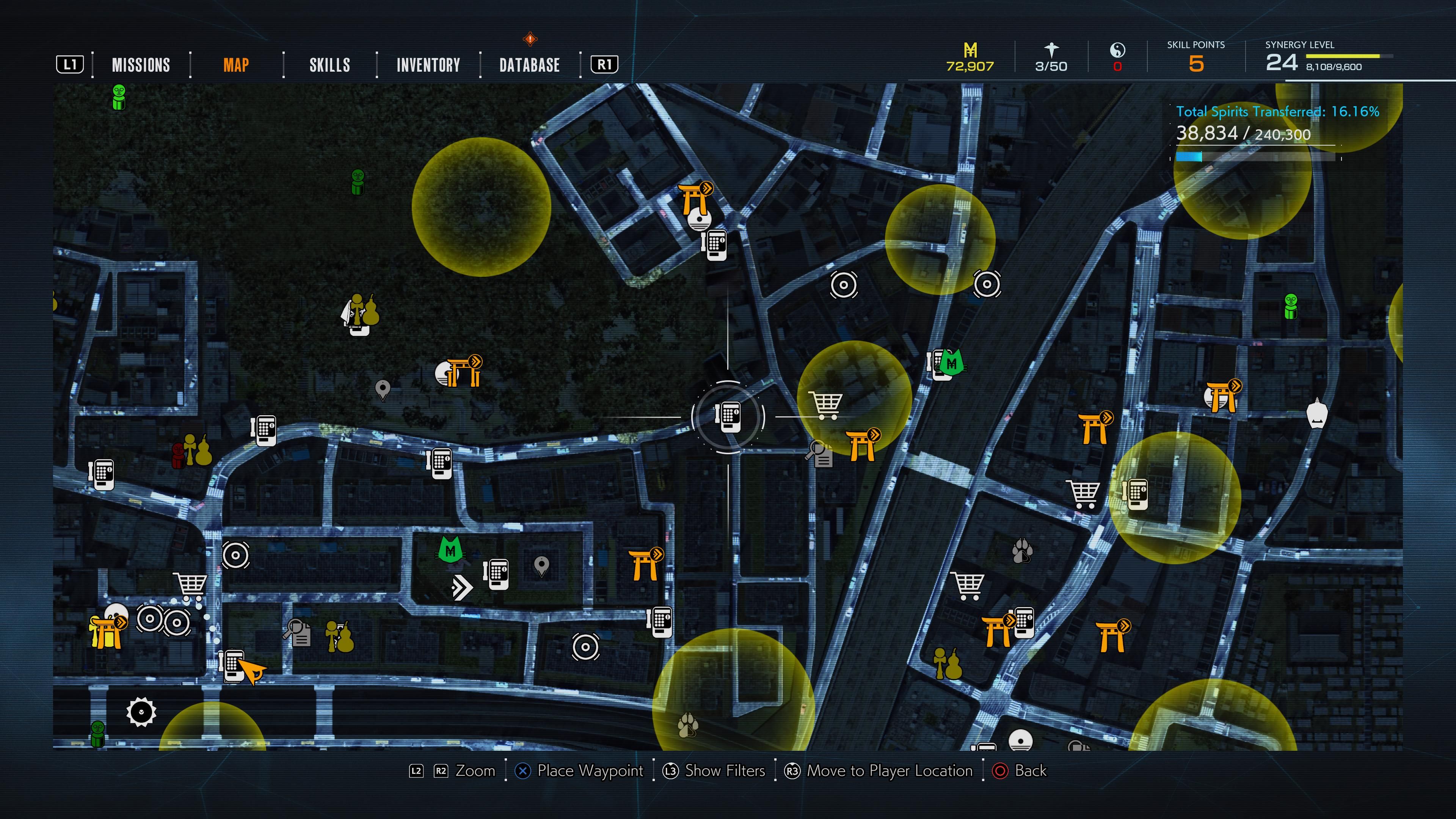 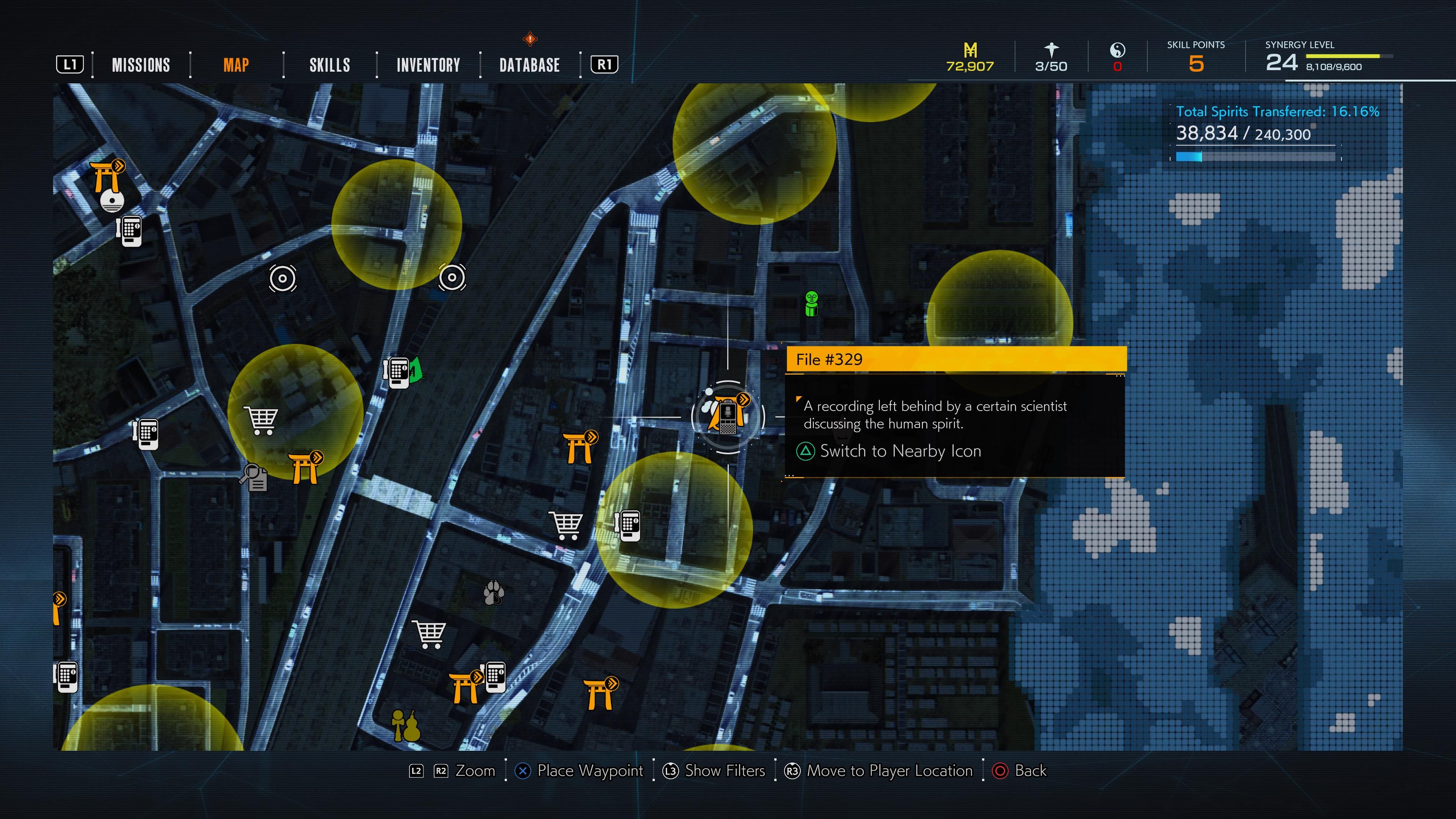 Go to Shiratsuku Shrine, and look to your right. You will see a laptop resting on the shrine. This laptop is actually a Voice Log. 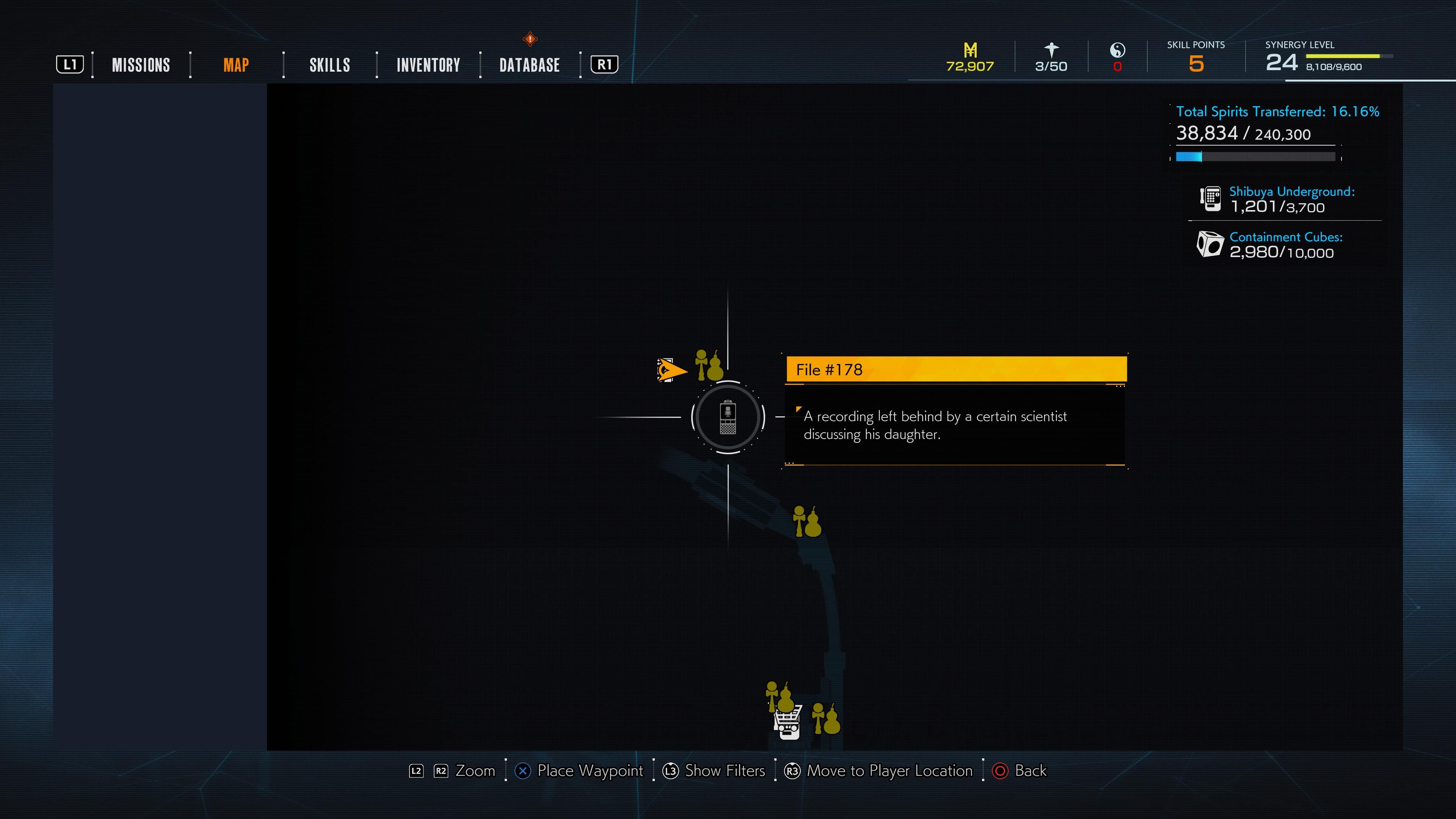 You can find this Voice Log during the "Buried Life" mission as part of Chapter Two. This Voice Log is missable if you don't look for it as you near the end of the Shibuya Underground, just before the large cistern. You can come back to this area at any time, however, and the Voice Log will still be there. 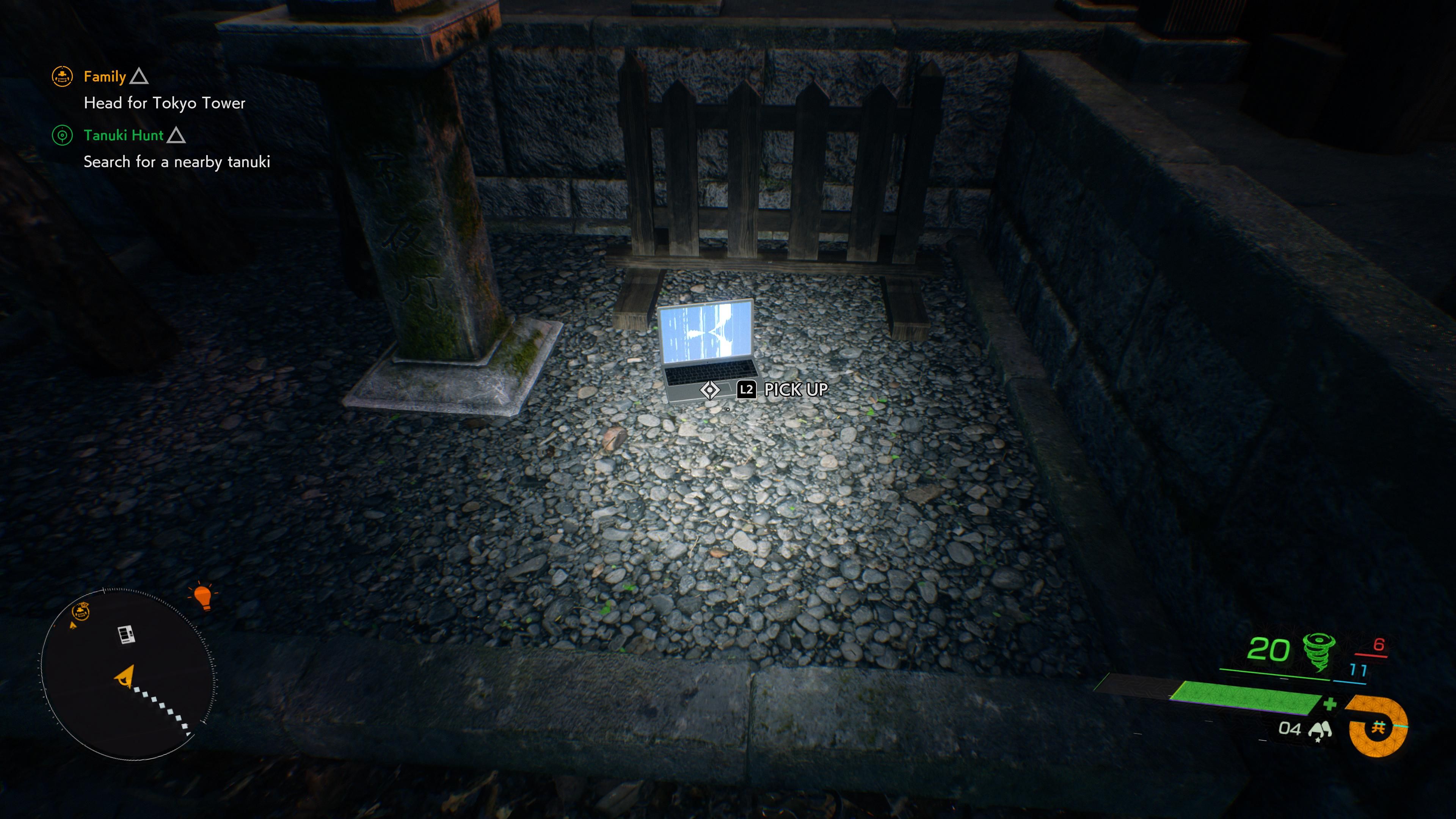 This Voice Log can only be obtained during Chapter Five, and is not marked on any map. To find it, you have to watch the cutscene where Akito totals his bike and ends up outside a large Shrine. Go up two lots of stairs and head towards the building to your right. On the left-hand side of this building, you will find a laptop. This laptop is actually a Voice Log.

Why Collect All Voice Recordings? 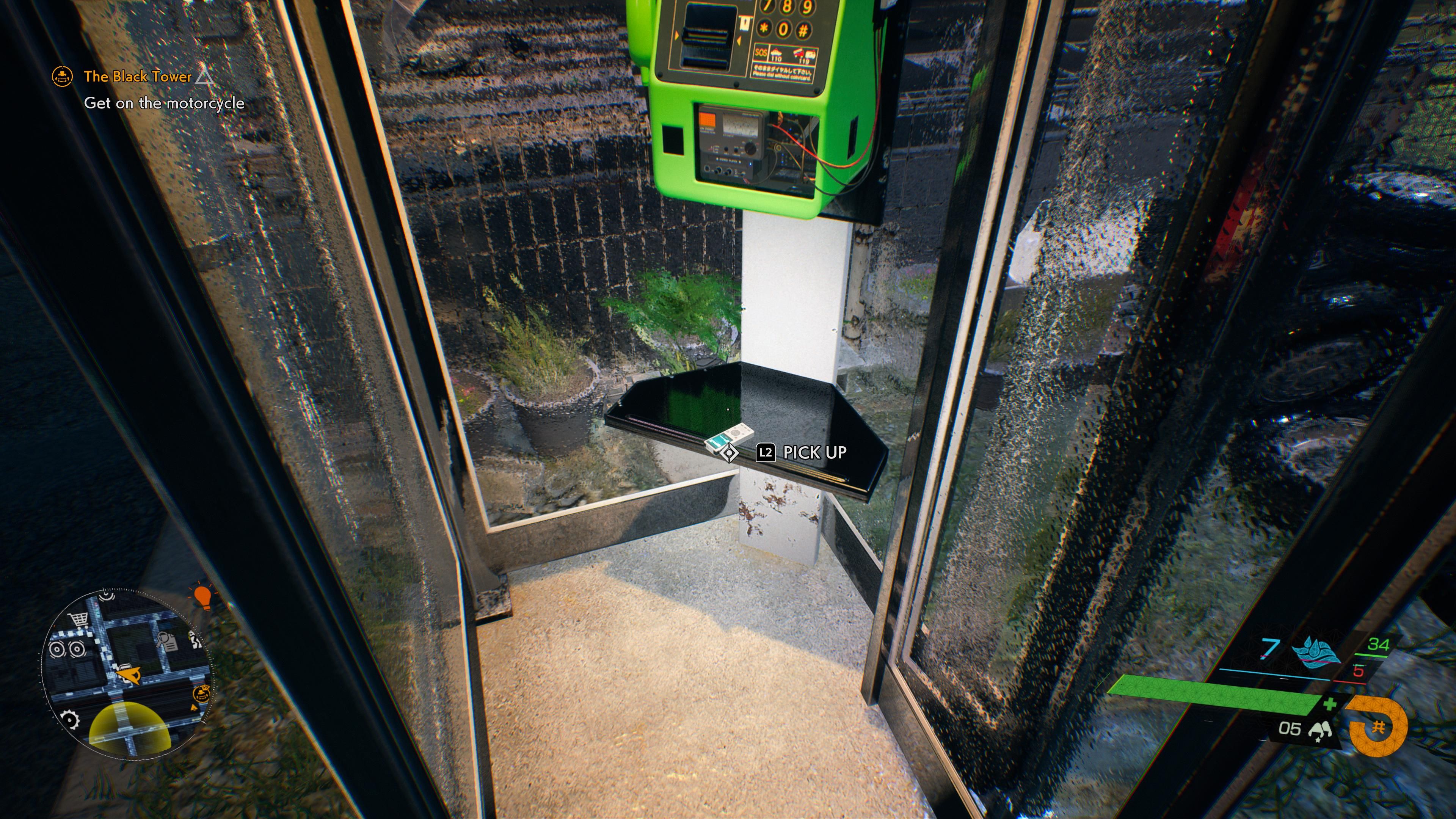 The main reason to go out of your way to find all the Voice Logs in Ghostwire: Tokyo is to reveal a bit more lore – add a bit more weight to the main story. Mechanically, there is nothing to be gained, however. There are no passive bonuses to be found, and no skill points to be earned.

That being said, there is a Trophy/Achievement linked to finding them all, so if you want to nab "The Whole Truth", you will have to get a move on.