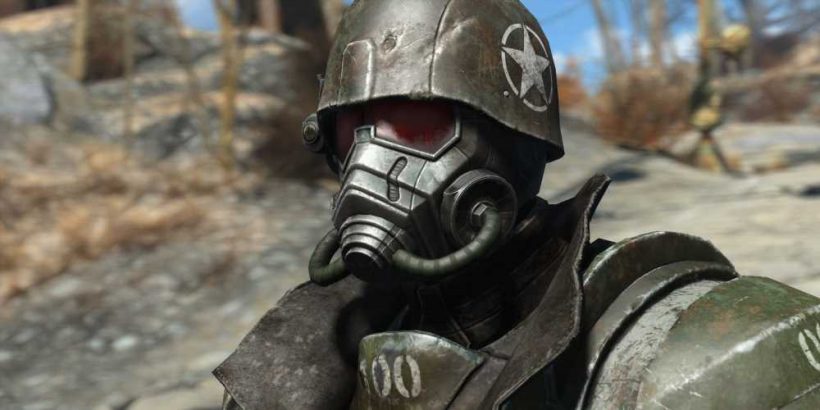 The one thing missing from every Fallout game is NCR drip. Nobody does fashion like the Mojave. Okay, maybe the Brotherhood of Steel, but there's a reason the grizzled beige and brown gas mask and trench coat combo has become iconic, so one modder has brought it back in style for Fallout 4.

There have been a few mods that add New Vegas' most iconic armour to Fallout 4, but this one adds the MP, Trooper, Combat Ranger, Desert Ranger, Riot Gear, Advanced Riot Gear, Elite Riot Gear, and Civilian outfits. You can craft all of them at a Chembench, helping the Commonwealth out in style at long last.

This is part of modder Grilledturkey's 2022 roadmap which is already underway. Week one's was classic brahmin followed by bighorners. The NCR pack is week three, while next week we can expect Ghoulification, a mod that will cause you to turn into a ghoul if you spend too long in radiation. Then there's Mysterious Stranger which makes them look more like they did in 3 and New Vegas. You can see the full roadmap below which also has two mystery mods in the final stretch. 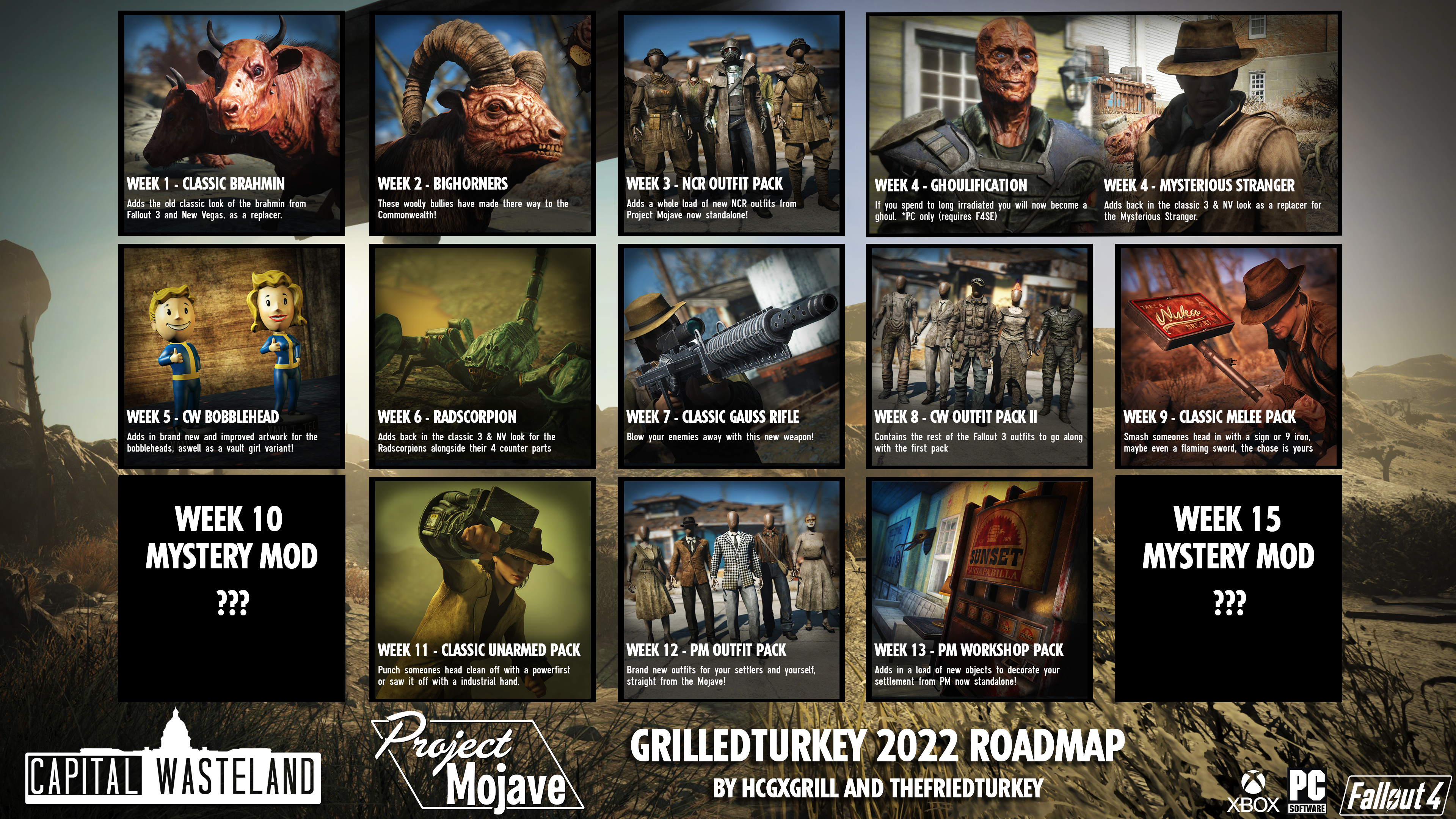 If you don't fancy crafting the NCR armour, there are other ways you can go about getting it. If you nip down to Fallon's basement, you can buy the armour outright or get the plans to craft them. It's an unmarked spot in Diamond City run by Becky Fallon, a clothing merchant. As fitting a spot as any, eh?

Some armour even sports alternatives like goggles up and down, while all the Ranger armour has helmet variants. Civilian sets come in different colours, so there's plenty of choice if you want to get into the Mojave spirit.

However, if you do decide to get the NCR pack, you can't use any Pip-Boy mod that takes it off your wrist as it will break your game. Grilledturkey stressed that they do not have the time to make compatibility patches given their extensive 2022 roadmap.