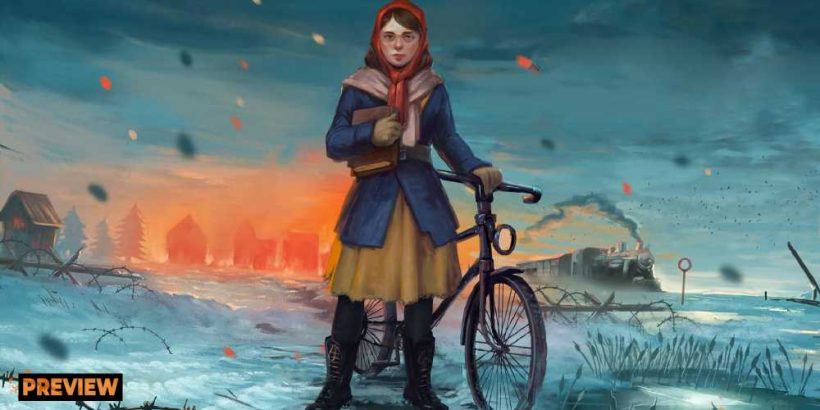 Gerda: A Flame in Winter is Dontnod's latest game, but it's unlike anything the studio has put out before. It made its name off the back of Life is Strange and Tell Me Why, both magic-realism stories of ordinary teenagers who find themselves in ordinary circumstances, talking in hella cool slang and being as embarrassingly down with the kids as they are emotionally astute and painfully heart wrenching. Twin Mirror, though starring an older protagonist and badly hurt by the late switch from episodic to complete, follows the same formula. Even Vampyr and Remember Me, though both very different, share similar action roots and typically exciting video game stories. Gerda isn't really like them either. It's entirely unique, not just in Dontnod's stable, but across gaming as a whole. It's a brave risk, but after sitting with the game for a week as part of a hands-on preview, I'm unsure whether the risk will pay off.

Gerda: A Flame in Winter sees you play as Gerda, a Danish citizen living under Nazi occupation. It's most similar to Ubisoft’s Valiant Hearts, except more removed from the frontline, and with more of a classic RPG feel to it. War has been a focus of gaming for decades, but with Call of Duty popularising and then leading to rapid oversaturation of the shooter genre, we have increasingly become desensitised to it. War is all about cool kills, blowing up buildings, and calling in choppers to mow down our foes in a righteous rain of fire and blood. Except it's not. War is painful, harsh, cruel, and unrelenting. Even in my brief time with the game, it captures this lonely, despairing essence wonderfully.

Narratively, as you might expect from Dontnod, the game excels. While war is remembered in the pages of history books for battles and bombings and bloodshed, Gerda reminds us that for the people who experience it, the more powerful memories are the empty cupboards, the constant aching fear, and the men at the door with tragic news to tell you. There is a deep sense of humanity to Gerda, and I'm fascinated to see how it deals with it's biggest challenge: Nazis. 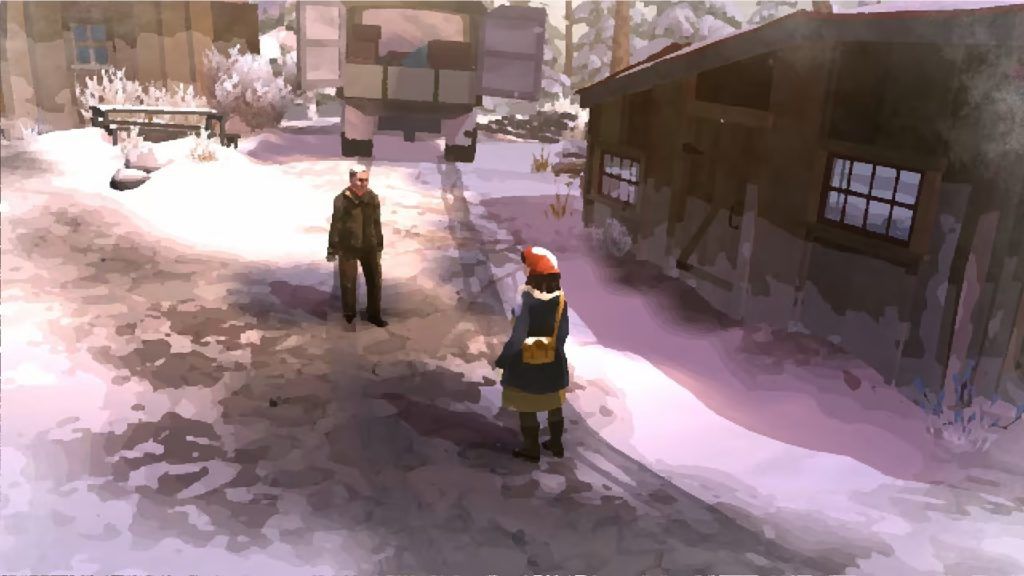 The Nazis as a collective were an evil, irredeemable regime of brutal fascism, but when you tell a story on a human level, as Gerda seeks to, there has to be more. We meet three Nazis in an early exchange – a young uppity boy whose father is a general and sees himself as untouchable, the father who feels the same but is more intelligent in how he wields his power, and the father's right hand man who appears to be a drug addict. You find him rifling through a medicine cabinet and face a tough choice – rat him out and risk Nazi wrath, or let him keep the pills (which results in a fourth, badly burned Nazi, writhing in agony). It's a clever choice that avoids lazily having you choose between 'right' and 'wrong'.

We also discover that Gerda's father is a Nazi sympathiser, though it's unclear how much he knows of the regime and how much he is wilfully ignorant. That introduces the game's biggest narrative hurdle – it is easy to make the Nazi's bullying, barking dogs, or else snivelling cowards hiding meekly behind the Fuhrer's moustache. Easy, but not particularly accurate. Many regular citizens, either through fear of their own persecution, ignorance and euphoria, or unearthing a hidden malicious centre, rallied around the Nazi party too. If Gerda is to portray an accurate depiction of wartime homelife, it needs to understand that good and evil are a lot more grey than we like to think. So far, I'm impressed with its measured approach. 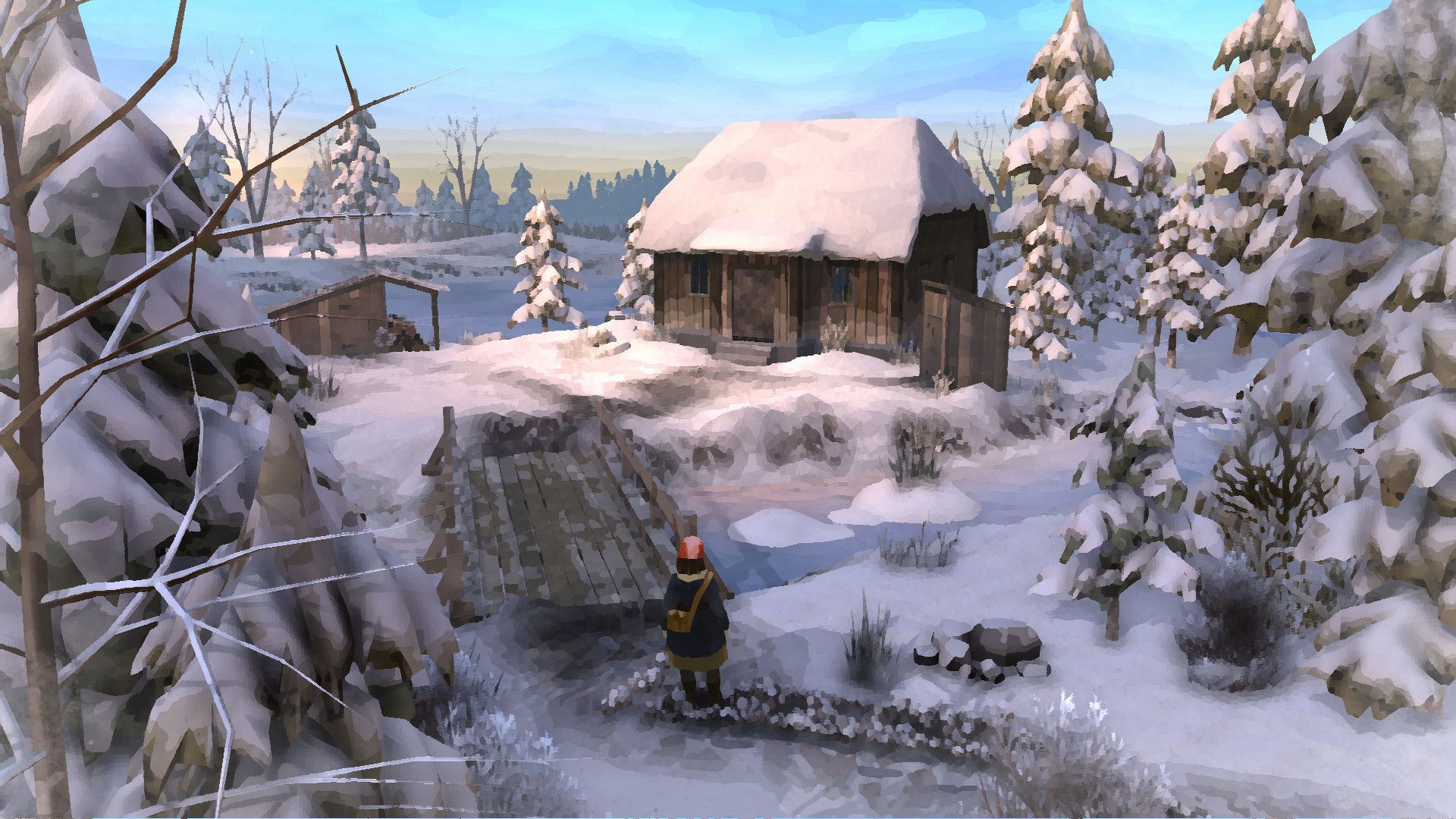 We're 600 words in and I've barely touched on gameplay, and that's an issue that goes beyond complaints about my own writing style. The fact is I don't particularly want to write about Gerda as a video game. I'm engrossed by Gerda as a narrative, but on a gameplay level I have found it to be especially frustrating. This might, ever so cleverly, be the point – a game about homelife in the war was not ever meant to be fun. But I ever so obviously do not want to play a game whose primary goal is to frustrate me.

When you have conversations, you will choose responses that will dictate how Gerda feels about certain things, as well as how other characters perceive her. It's a pretty standard convention, but it's taken to extremes here, often to the point of annoyance. At one point, I gave a cold man a scarf, and it reduced my potential for sympathy in the future. Narratively, this is very clever – war wears you down and makes you selfish. In terms of gameplay, especially with so few points in each category, it breaks your immersion by having your hoard your actions like potions in an RPG. No one likes getting to the end of the game and having loads of health potions left over, and I can't imagine I'll feel any better if it was dialogue options or optional tasks I was left holding onto for fear of running out. 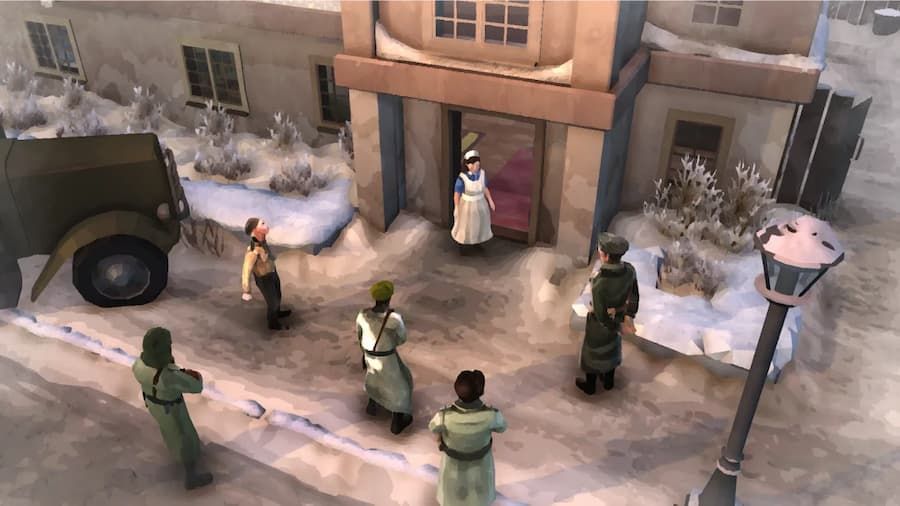 We also control what Gerda writes in her diary, but again, what we pick influences our stats, meaning you can't choose narratively appropriate choices, only strategically beneficial ones. It encourages players to disregard the narrative, and considering that's the game's biggest strength, it feels particularly foolish. The rest of the game is fairly standard (you walk around, interact with objects, make simple choices), but I can live with standard gameplay as a backdrop for a phenomenal story. I just can't tolerate the game getting in its own way so much.

Gerda: A Flame in Winter is more than worth paying attention to, and it may be that once I venture deeper into the game it becomes less frustrating to play in such a tied up way, though that would go against the themes of war grinding you down. It's a stark and perhaps necessary game, given our medium's penchant for glorifying war, and I am very glad it exists. I imagine a lot of people will come away moved by it. It's just a shame that playing it takes away from the experience rather than adding to it.