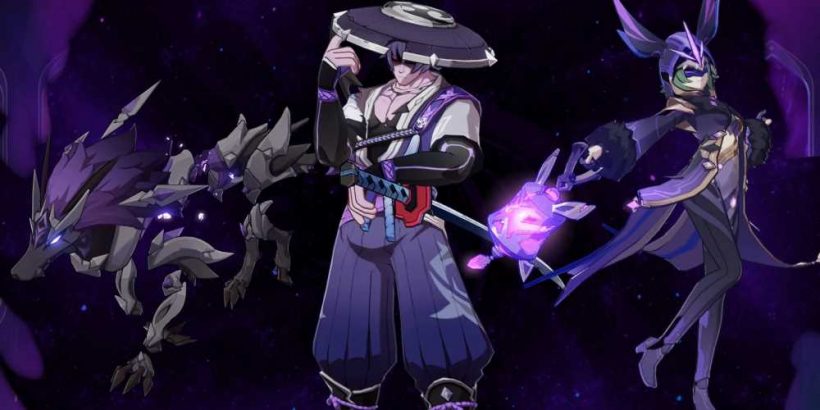 The Spiral Abyss isn't just one of Genshin Impact's best arenas to earn Primograms, Artifacts, and Mora, it's also a fantastic place to challenge yourself against almost every foe you've encountered in the game so far. As the waxing and waning periods of the Abyssal Moon and its blessings come and go, so too does the roster of enemies slightly diverge as you progress into the higher floors. It's the perfect test of your speed and might, because boy-oh-boy do these enemies get tough the further you go.

Understanding the Divergence of each floor and utilizing the Benedictions of the Abyss can go a long way in helping you put together the perfect party and bolster their skills. So can knowing the weaknesses of your foes, as you battle under the pressure of a ticking clock that determines how many stars you've earned. Luckily, we have a list right here of some of the hardest enemies you'll face and a trick or two on how to keep yourself alive. Preparation, after all, is key! 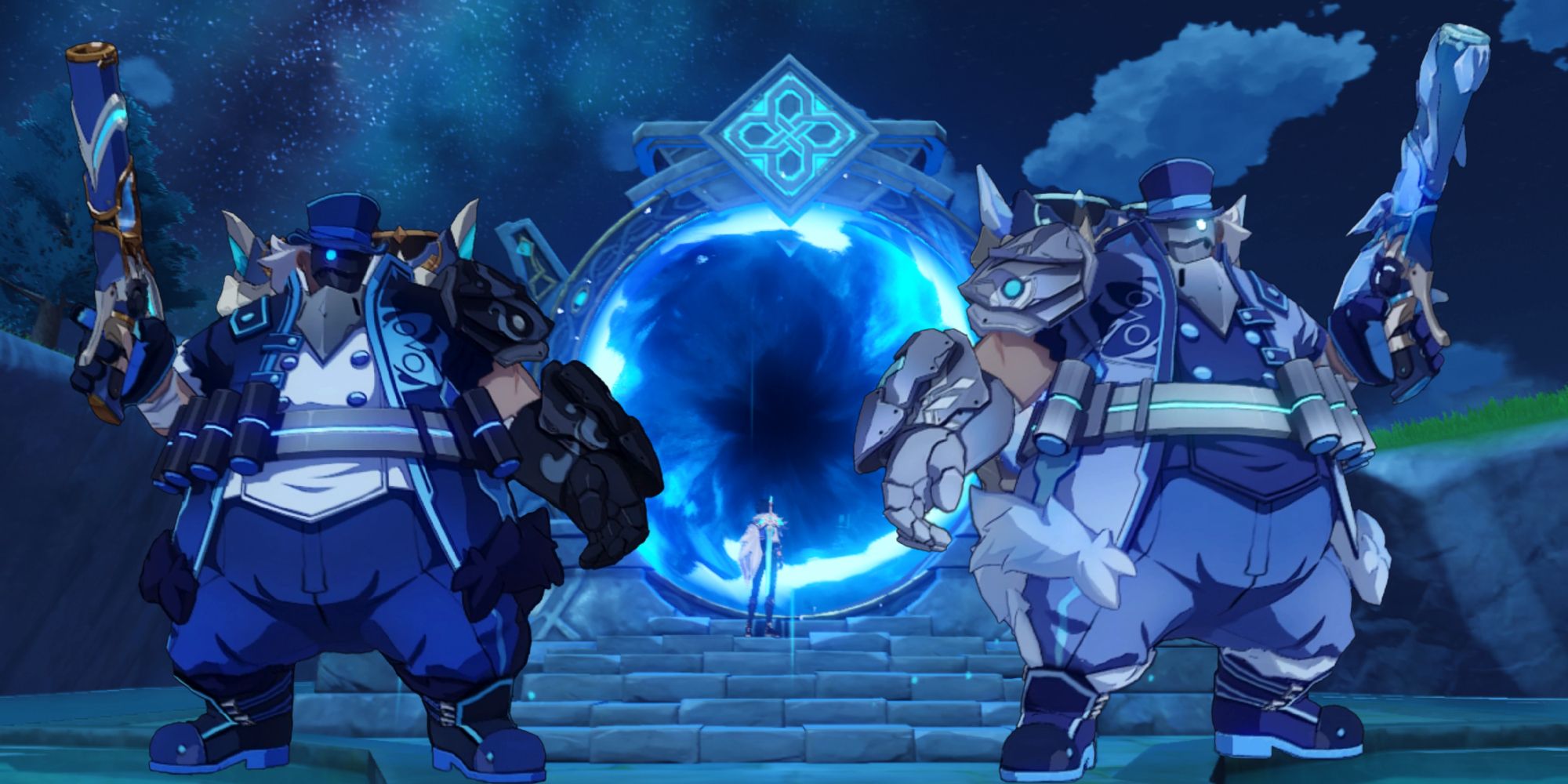 The Legionnaires of the Fatui are powerful and dreadful, and frankly, a hassle. While the Hydrogunner might not be much to worry about in terms of their attack power, they can give themselves a shield and replenish the health of their allies over and over again, dragging out the battle and making those they heal nearly impossible to cut down. The Cryogunner, on the other hand, spews life-murdering ice in a slow-moving, far-sweeping attack that lasts for so long it feels like it never ends – coupled with a ridiculously-ranged jump that'll reach you even if you try to flee the range of his gun.

When facing them in a pack, target the Hydrogunner first. Then wipe out the Cryogunner next. This effectively eliminates the group healer and destroys the most dangerous attacker in the pack. Critical blows, explosive Elemental Skills, and Elemental Bursts will knock the Legionnaires down for a time too, making them unable to defend, attack or move. 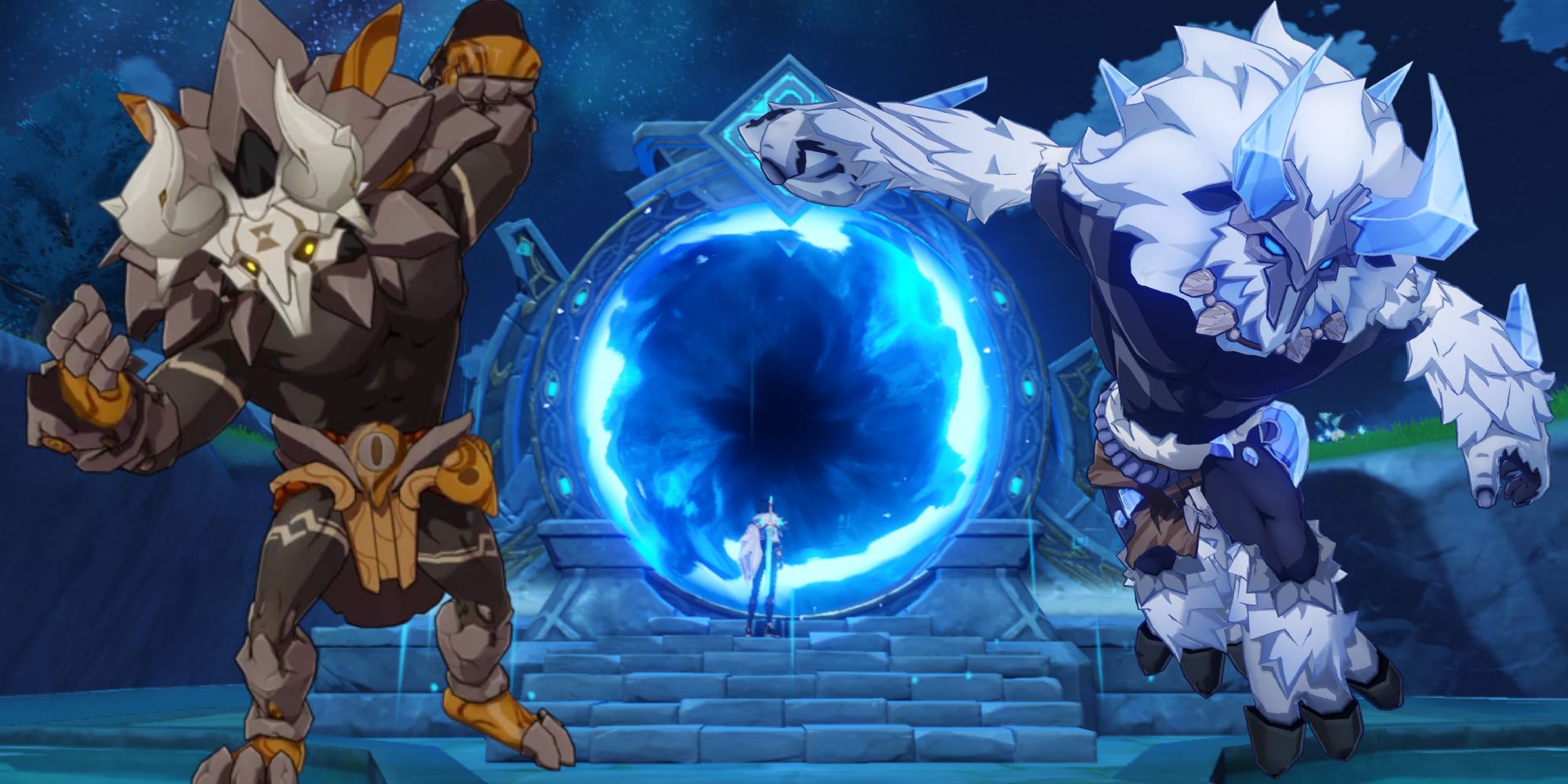 The Frostarm Lawachurl and Stonehide Lawachurl hit hard, shield-up, and bulk-out. They deal massive AoE damage with their swung-down fists and floor-splitting jumps while providing themselves buffs to defense and attack. However strong as they are, their mobility in comparison to other foes is actually somewhat limited, and their attack patterns are easy to follow.

Breaking down their shields is probably the hardest thing about them, but explosive Elemental Bursts, Plunging Attacks, and Shield Characters, as well as any Pyro Character against the Frostarm Lawachurl specifically, will get the job done while also protecting you from harm. 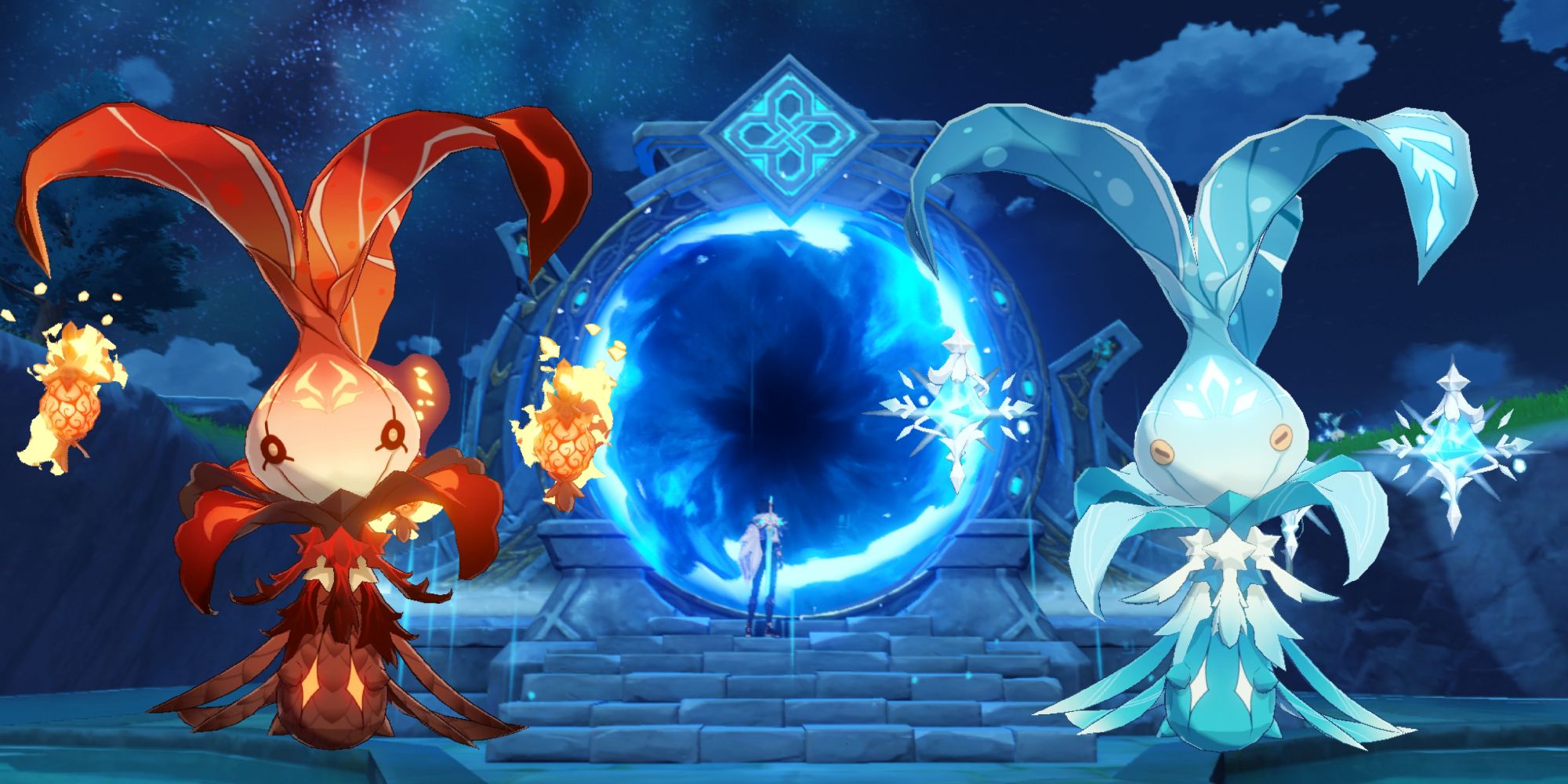 Whopperflowers are some of the most bothersome, hard-to-manage opponents in the Spiral. Small and fast, able to zip in and out of your sight and the swing of your blade in the blink of an eye, once they have you pinned beneath their assault of rapid-fire, elemental fury, it's near impossible to break away.

Chasing them around and dealing with constantly halted attacks is a major time-killer in the time crunch you find yourself working under. But good news! Pyro Whopperflowers are susceptible to Hydro. Cryo Whopperflowers are weak against Pyro. Bringing bow and catalyst-users with their countering elements who can easily attack from a distance and track these monsters' disappearing movements will save you a lot of time. 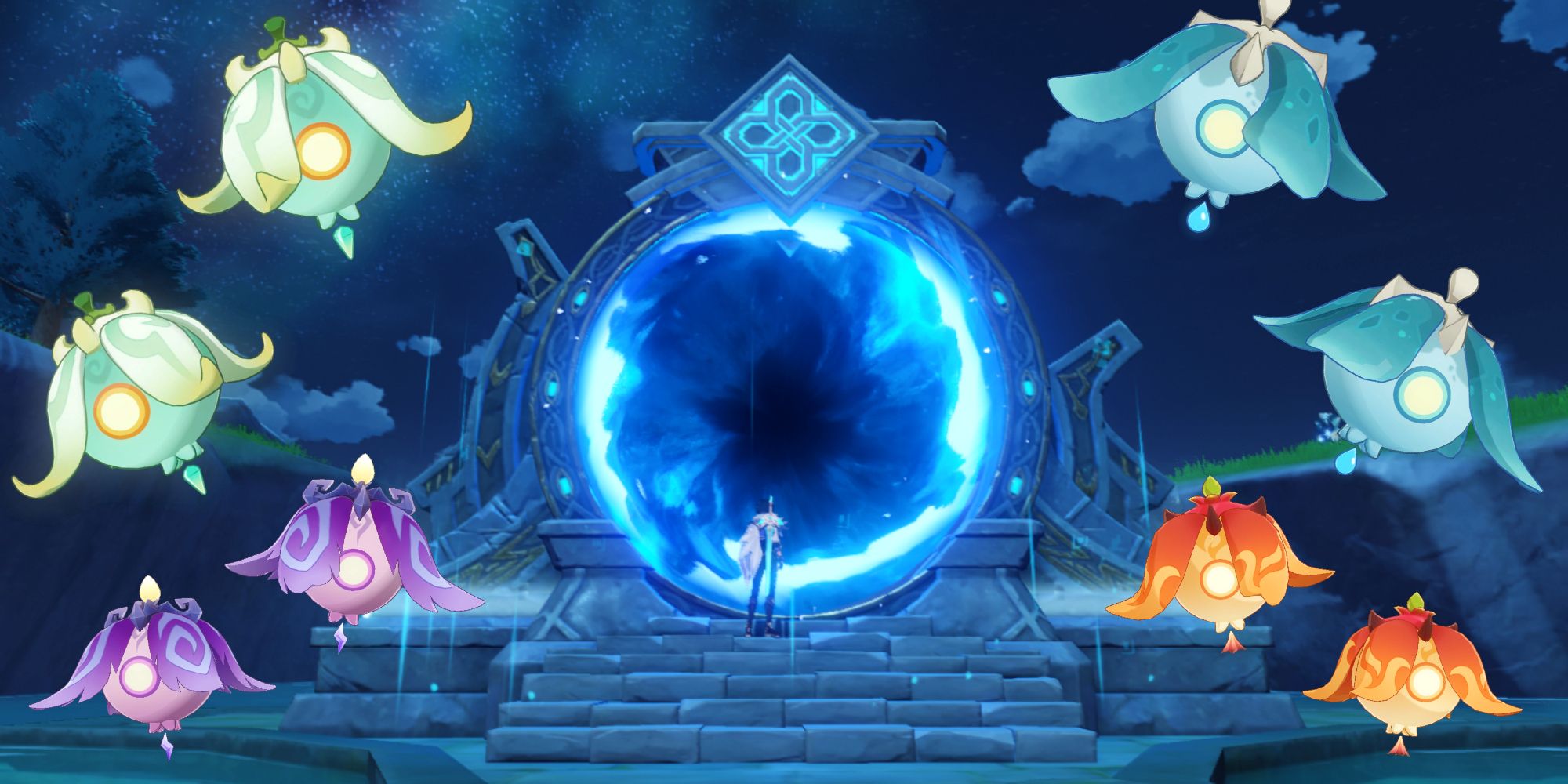 Not only do Specters have tough defenses, but they also have a habit of flying over your head and floating out of reach to attack you from the sky while unleashing bursts of packed damage from the ground. In the Spiral, you'll come across all types, each with specific skills unique to their element. Thankfully, their weaknesses are easy to figure out. Much like other creatures born of pure-elemental energy, using a countering element is the best way to eliminate them before they have a chance to gang up on you.

Characters that can pin the Specters in one place of the arena with Swirl are good choices to bring, along with bow and catalyst-users that can tackle them from afar. An extra useful tip is hunting down the Hydro Specter first if it's in the line-up since, like the Hydrogunner Legionnare, it will heal the allies around it by shooting a globe of moving water. Although, if you're able to, you can jump in the way of its revitalizing water orb and cheerfully take the healing effect for yourself. 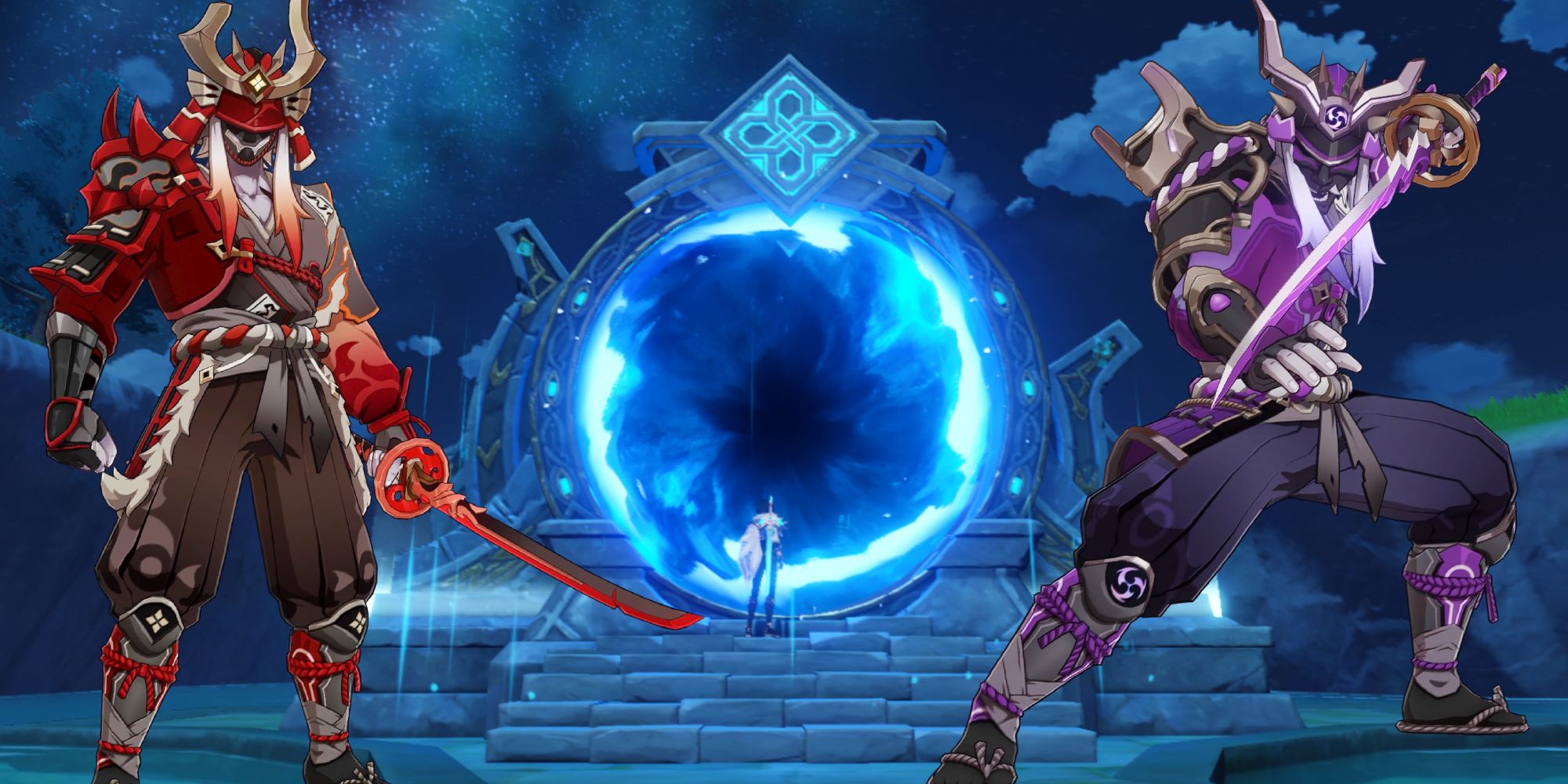 Dancing Thunder and Fiery Might are prominent Kairagi that slice and dice with precise, calculated strikes and high-speed movements. Relentlessly, they'll pursue you around the arena; and when one dies, the other enters a stage of rage and restores back half its health. Defeating them within seconds of one another before they have the chance to buff themselves will bring you fast victory!

Since they tend to converge on you at the same time, it's not too difficult to keep both of them in your attack range and whittle down their health together. You can use a Freeze-Combo with Hydro and Cryo characters too. This will lock the Kairagi in ice before they can carry out their devastating blows, and as a bonus, deal more damage to Fiery Might – as its Pyro-enhanced foe. 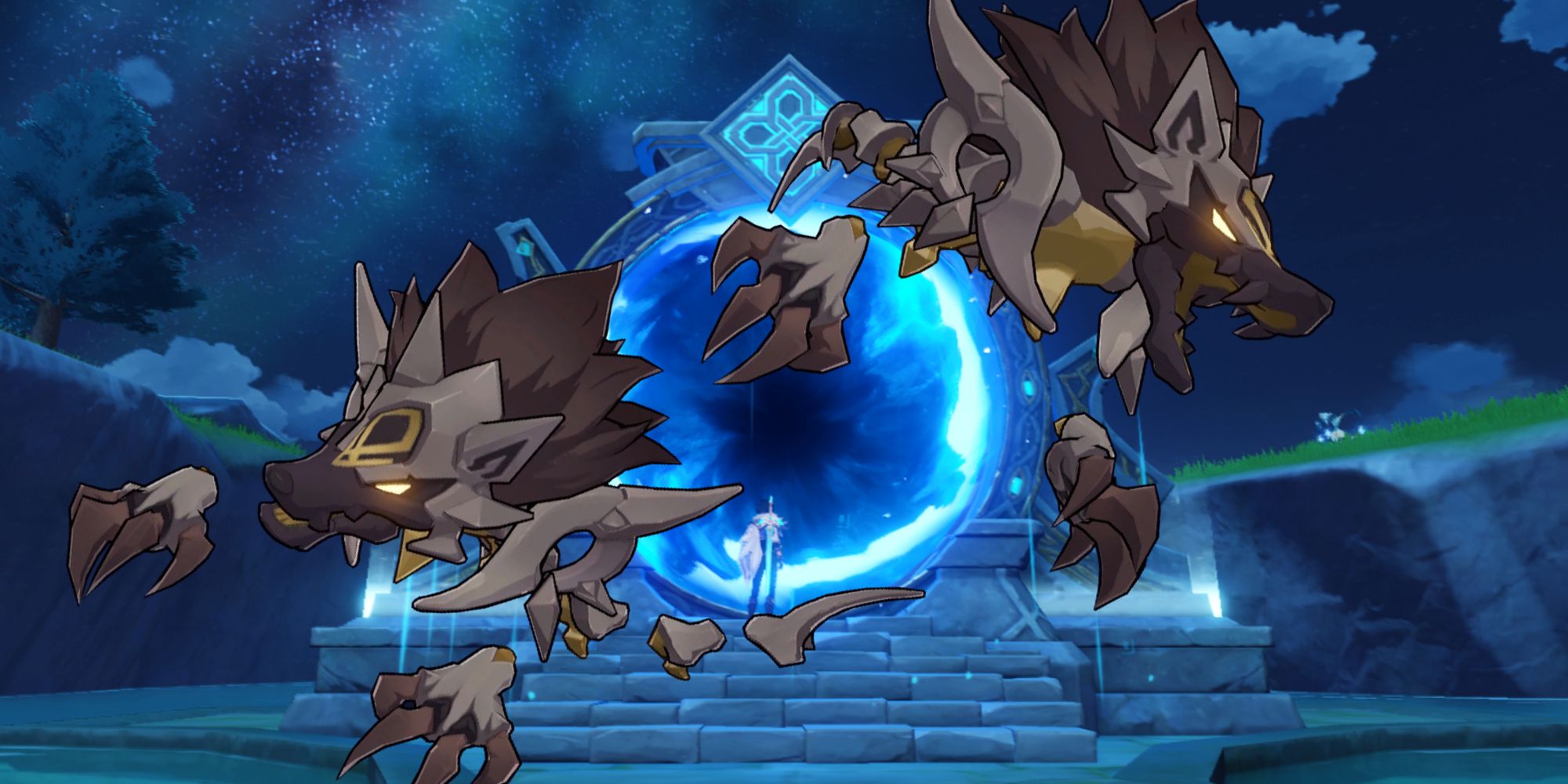 They teleport, perform acrobatics, and induce corrosion with the slashes of their claws, eating away the precious health of all party members. Needless to say, the Rifthounds pose a lethal threat. One of the best strategies in dealing with any foe that moves around a lot is building a team of characters that can gather, contain and stop their movements.

Xinqiu and Kaeya, for example, are a wonder-duo of a tag team when it comes to quickly destroying enemies thanks to the Rain Cutter's echo-striking blades, and Glacial Waltz's oscillating spin. They can also restore their own health. Of course, you can't go wrong with a party joined by a classic healer either, as healing is a direct counter to any Rifthound's Corrosion Effect. Sayu, Kokomi and Jean come to mind. As does Barbara, whose Hydro can be used in tandem with any Cryo member for Freeze. 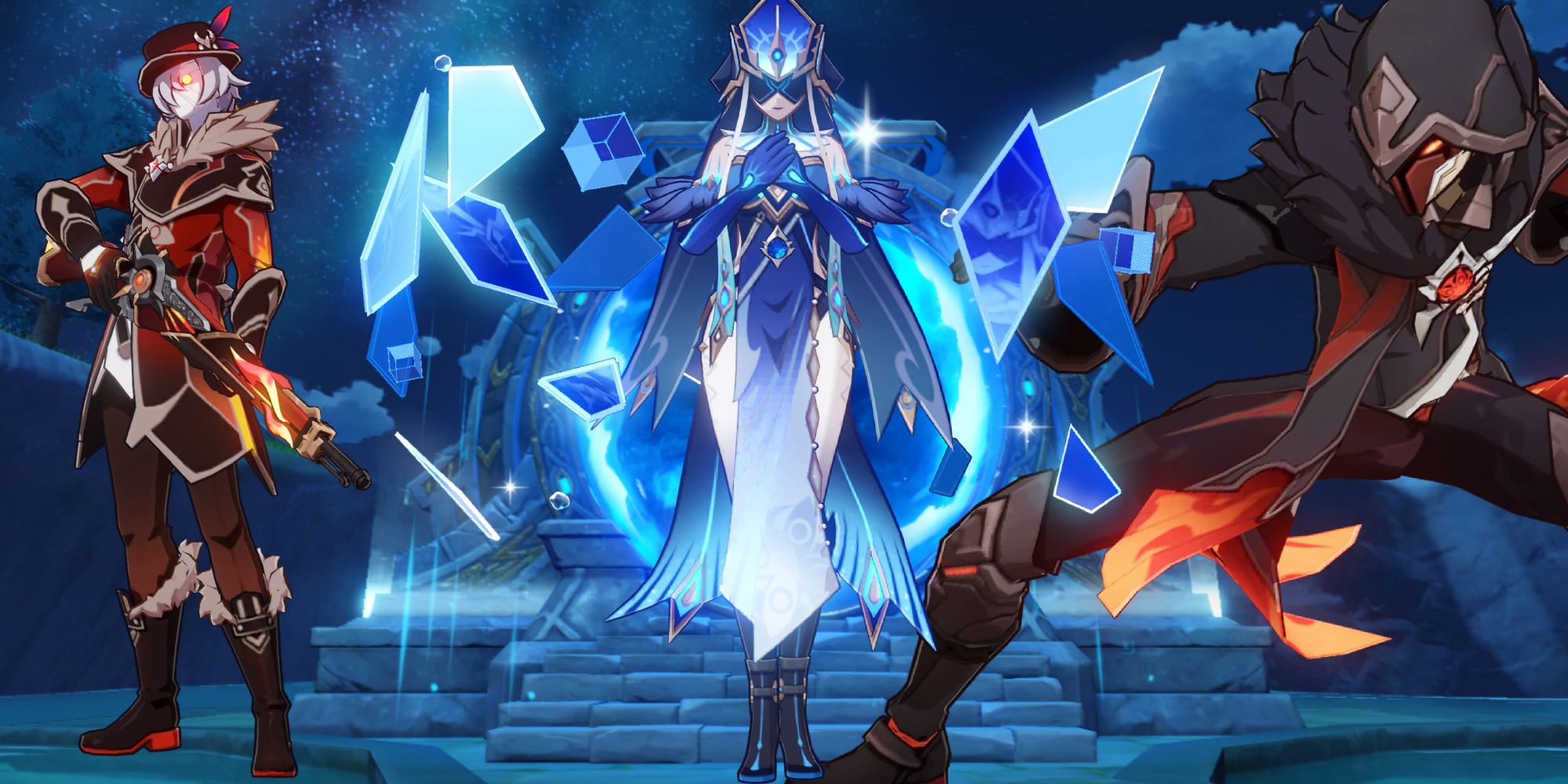 The Fatui have a reputation of being a nuisance wherever they show themselves, and in the Spiral it's no different. They excel at attacking in clusters, giving you little time to form a plan of defense aside from high-tailing it out of line of fire. The most dangerous of the Fatui, however, are those below:

Try not to give the Cicin the chance to pull herself into her floating shield if possible but if she does, run. 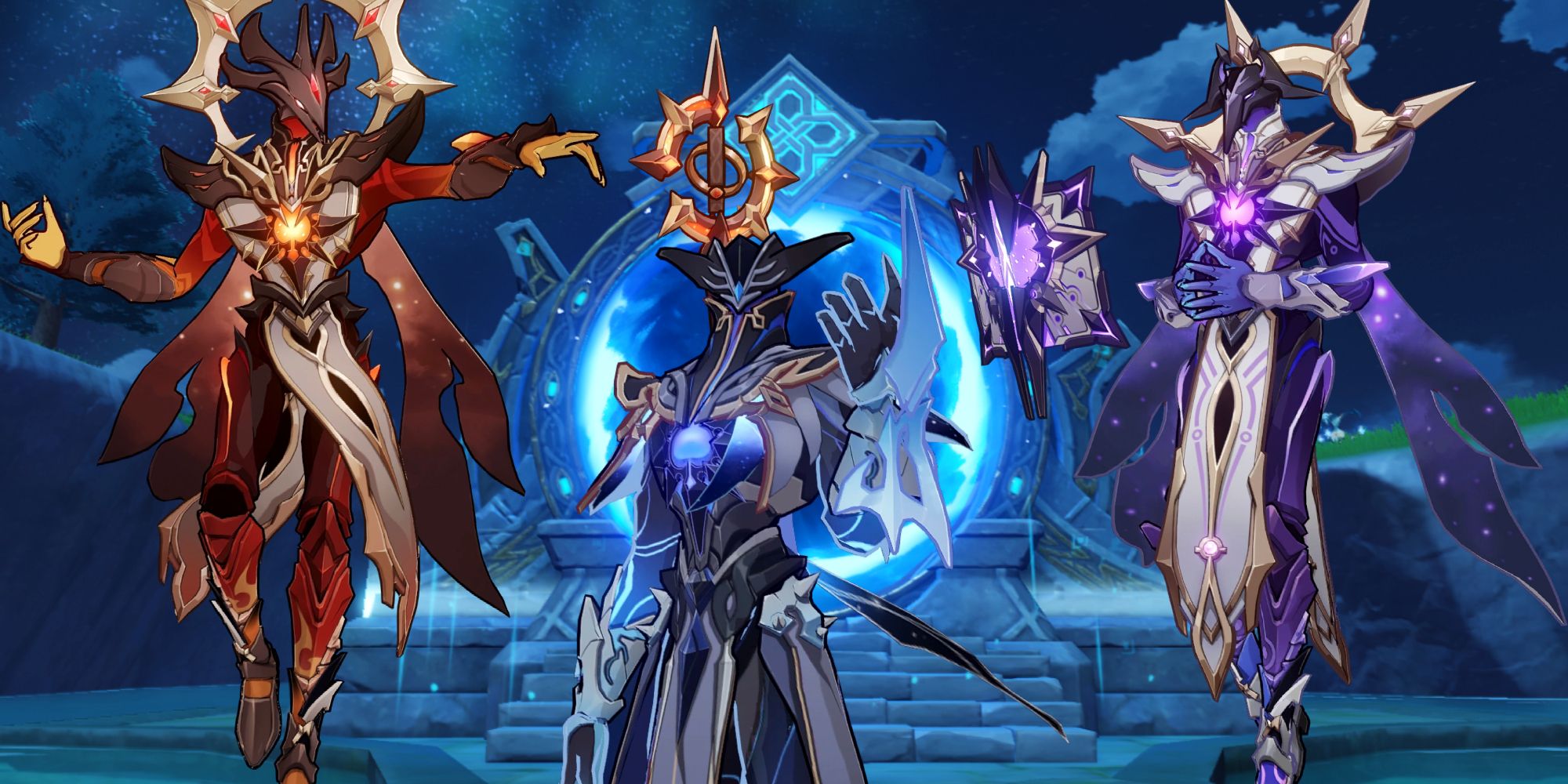 Abyss Lectors are towering forces of elemental prowess with devastatingly powerful attacks and unique skills that range from sweeping Electro columns and spinnings orbs, fiery brands, and incredibly quick blade-work. Every Lector gives themselves a buff in their final legs of life. Having a healer in your party against any of these Lectors will aid you greatly, but they do have specific weaknesses you can exploit. 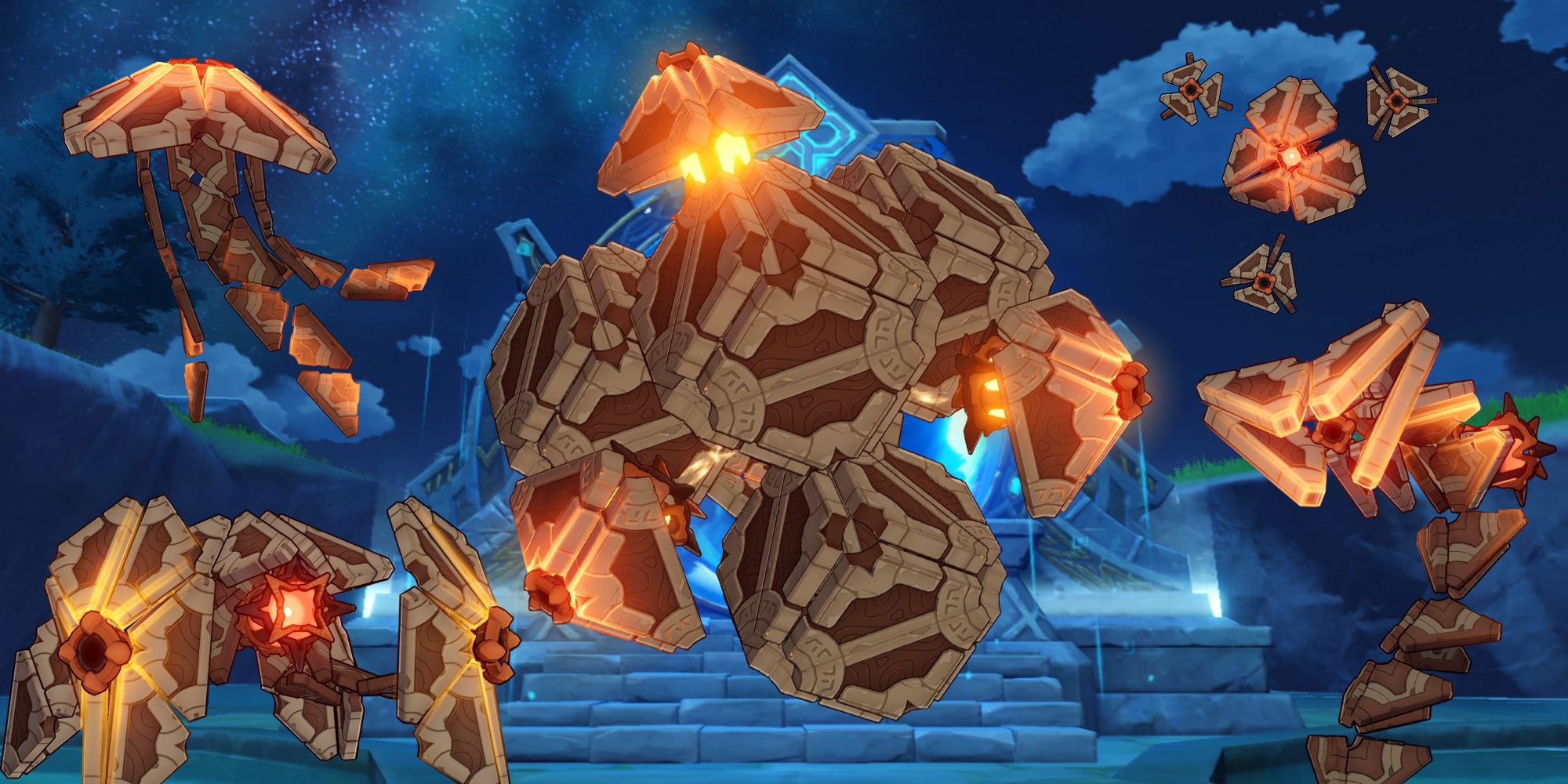 The Perpetual Mechanical Array likes to swarm you with its small machine friends. While avoiding the main host's plummeting attacks and missile blasts isn't so hard thanks to the red ring of target that spreads beneath its area of attack, trying not to get mobbed by its Ruin Sentinels is far harder. 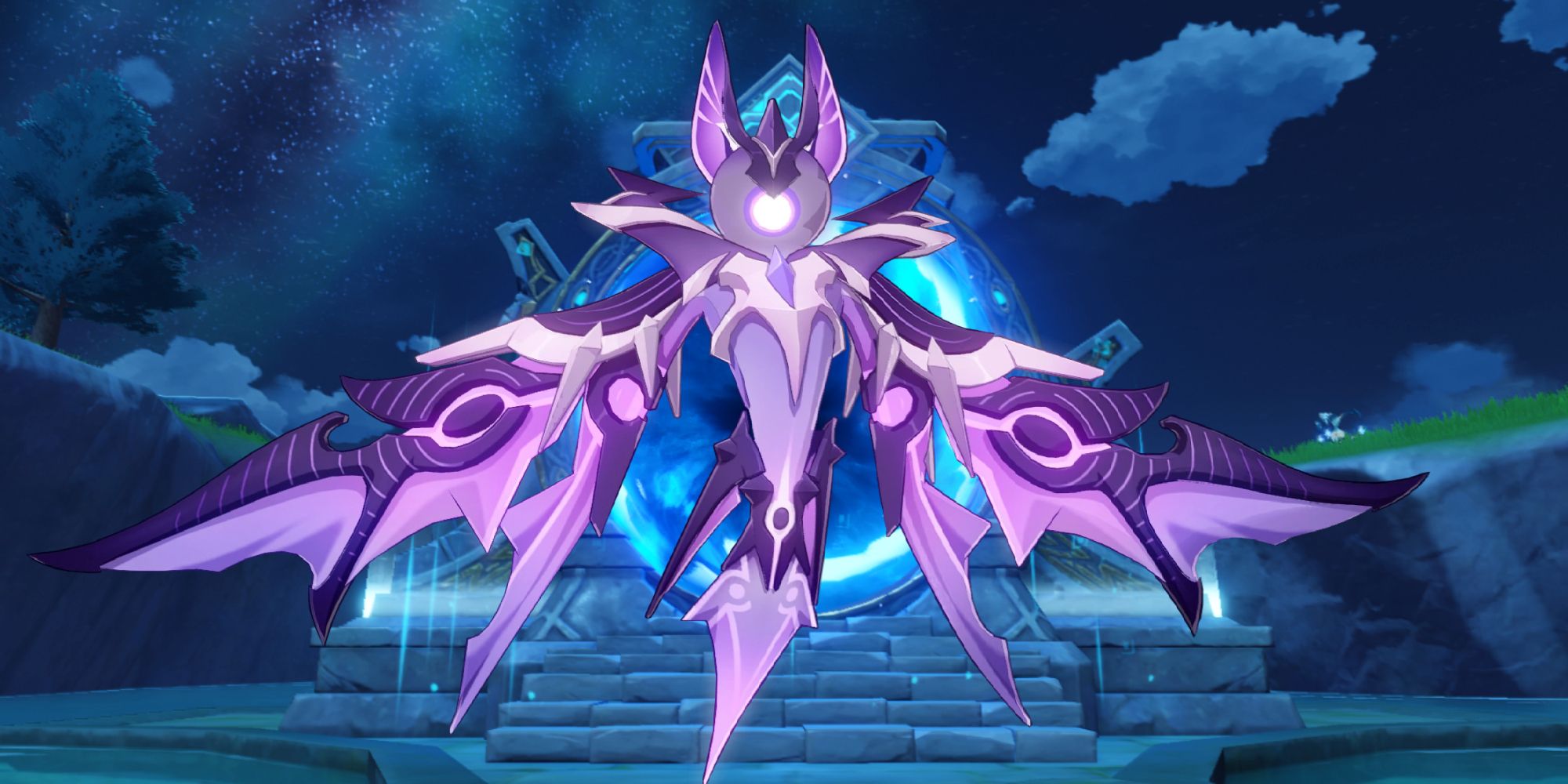 The Thunder Manifestation briefly found its way from Amakumo Peak and Tsurumi Island, into the Abyss in past moon phases as a last chamber boss. It's not so dissimilar to the Electro Cicin Mage or Abyss Lector: Violet Lightning as it blinks from one side of the arena to the other, tracks and targets you with relentless Electro, and flings spherical projectiles across the field towards you.

Its most potent attacks lie in its spinning strikes and swooping dives. But beating it is a breeze with any bow built for physicial DMG, any shield, and any catalyst that can strike it from afar. If ever it appears in the Abyss again, try using defenders like Thoma and long-range attackers like Yanfei to defeat it. 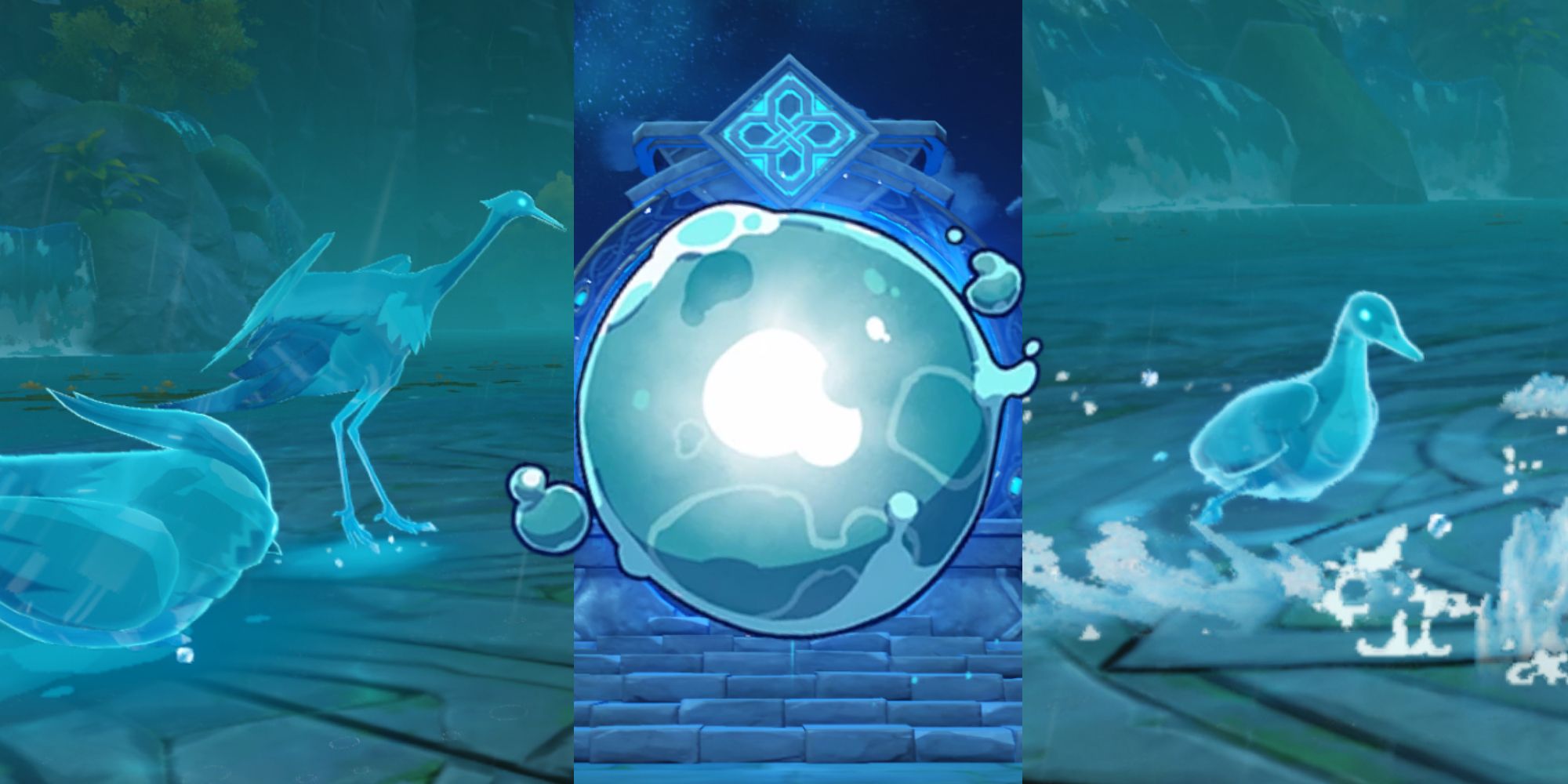 There is literally nothing more terrifying than getting chased by a swarm of birds, acrobatic squirrels, and waddling ducks as they traverse at high speeds, deal high damage and regenerate their own health while explosively murdering your own. They are the Spiral Abyss' biggest killers, regardless of your level.

Currently, they're no longer in the line-up of the Spiral Abyss, but as the phases pass over time, there's a chance they could return. If they do, Cryo is your go-to life-support. Kaeya's elemental talents, Chongyun's Cloud-Parting Star and Ayaka's ice-sprint, are fantastic at cutting off a Mimic's attacks and delivering back-to-back kills swiftly. Electro-blessed characters with rapid-striking move-sets and large AoE Bursts and Skills, like Keqing and Baal, are great too, while archers and catalysts can be used to get rid of any pesky birds swooping overhead.

As a side note, if you're ever curious about how well you've done in the Spiral, you can take a look at your performance by going to Challenge Summary at the top bar once you enter its Abyss. This will show you which of your characters delivered the highest damage, number of strikes, defeats, and whose Elemental Bursts and Skills you used the most to support yourself, as well as the top four characters picked by your hand to conquer the floors during each abyssal phase. You might be surprised by what you see.