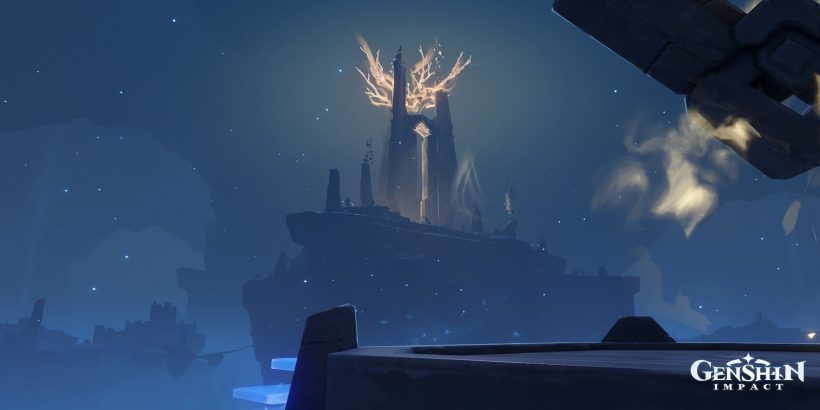 Genshin Impact’s newest offering for players is the Three Realms Gateway Offering event, which sends players on a journey of intrigue and investigation in the depths of the Enkanomiya region. The abyssal area is slowly being overtaken by a creeping darkness, and the corruption is even beginning to affect Inazuma’s Watatsumi Island.

Naturally, the Traveler is the only person for the job—but this time the job is bigger than ever. The Three Realms Gateway Offering Event consists of many quests and even more mechanics, but luckily you’ll have until March 30th to complete everything. This guide will explain the intricacies of the Bokuso Box—the main tool you’ll be using in this event—so that you can set out and save Enkanomiya. 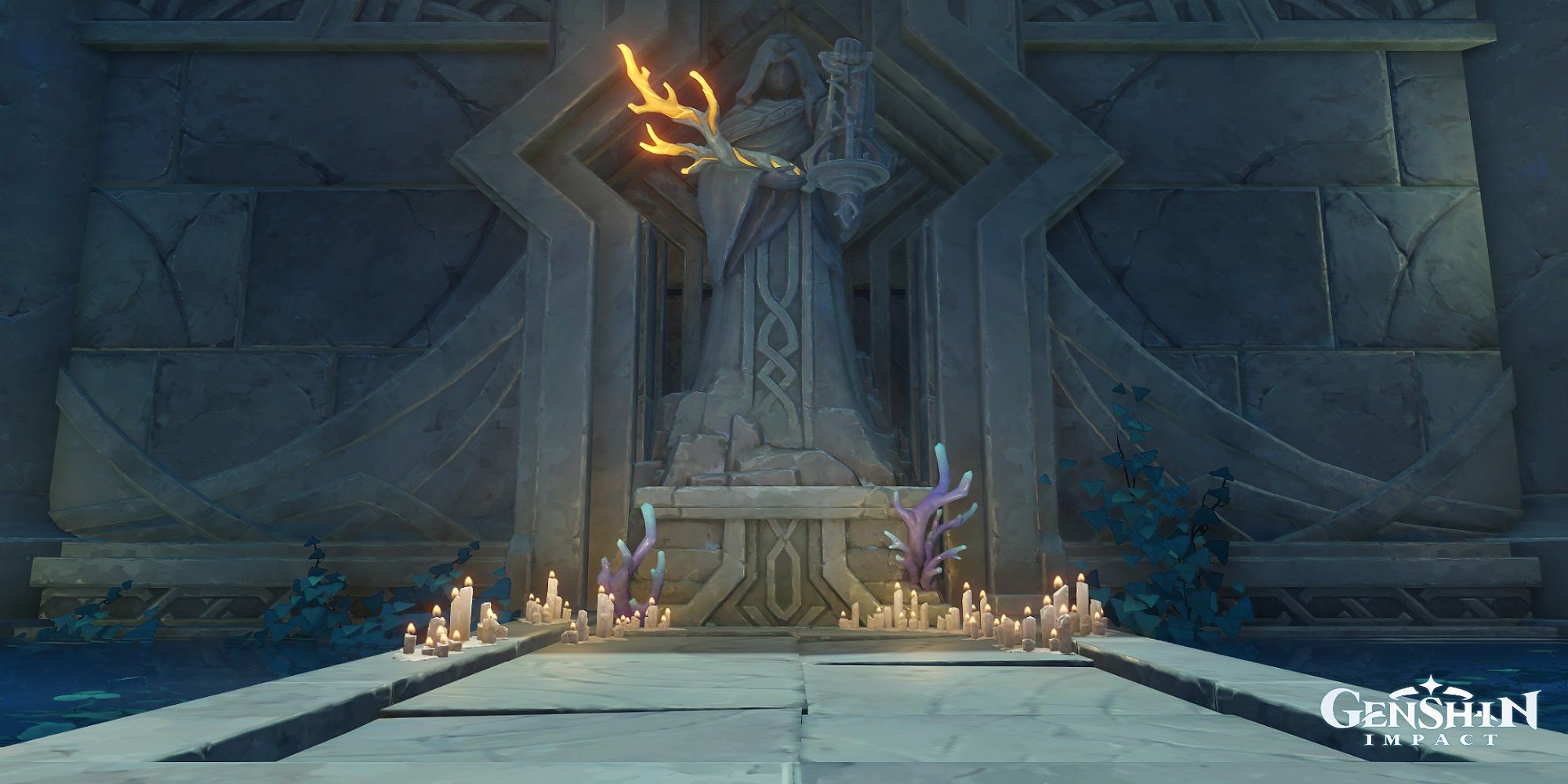 The Three Realms Gateway Offering event has a few prerequisites, including completion of the “Archon Quest: Chapter II: Act II – Stillness, the Sublimation of Shadow” and completion of the World Quest “Erebos’ Secret.” Once these requirements are met, you will be able to access the event quests using the game’s Event Tab.

You’ll start with the quest “Three Realms Gateway Offering: The Eve,” which will prompt you to meet with Sangonomiya Kokomi. After a quick debriefing from her and Tsuyuko, you’ll be sent down into the darkness of Enkanomiya. There, you will talk with a few other characters including Tsumi, a mysterious shrine maiden wearing a snake mask. Talking to her will award you the Bokuso Box, a key gadget you need to complete the event.

The version of Enkanomiya this event takes place in is independent of normal Enkanomiya. To travel between the two (and other regions), use the region selector on your map. 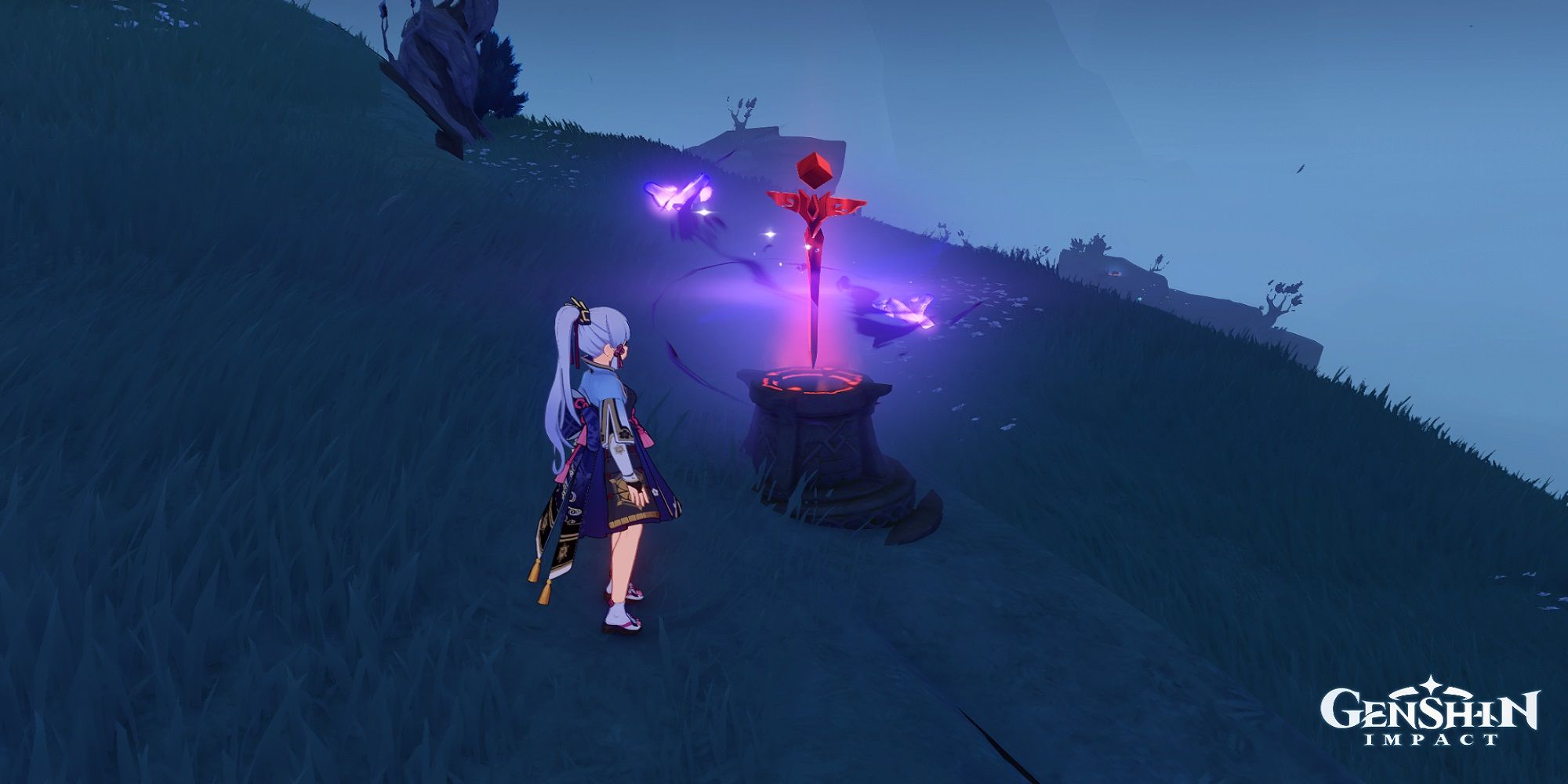 Proper utilization of the Bokuso Box is critical if you want to complete and unlock everything this event has to offer. To begin using the Bokuso Box, simply equip it from your inventory like you would any other Gadget.

You’ll notice that the Bokuso Box has a meter under its icon: this is its energy level, which will diminish upon use and will slowly drain when you’re in areas affected by Corrosion. The higher an area’s Corrosion Intensity, the faster your Bokuso Box’s energy will decrease. The Bokuso Box’s Corrosion Resistance can be increased later on through upgrades and the Corrosion-affected areas will eventually be cleared by your heroic efforts, but it’s important to be mindful of your energy levels early on. 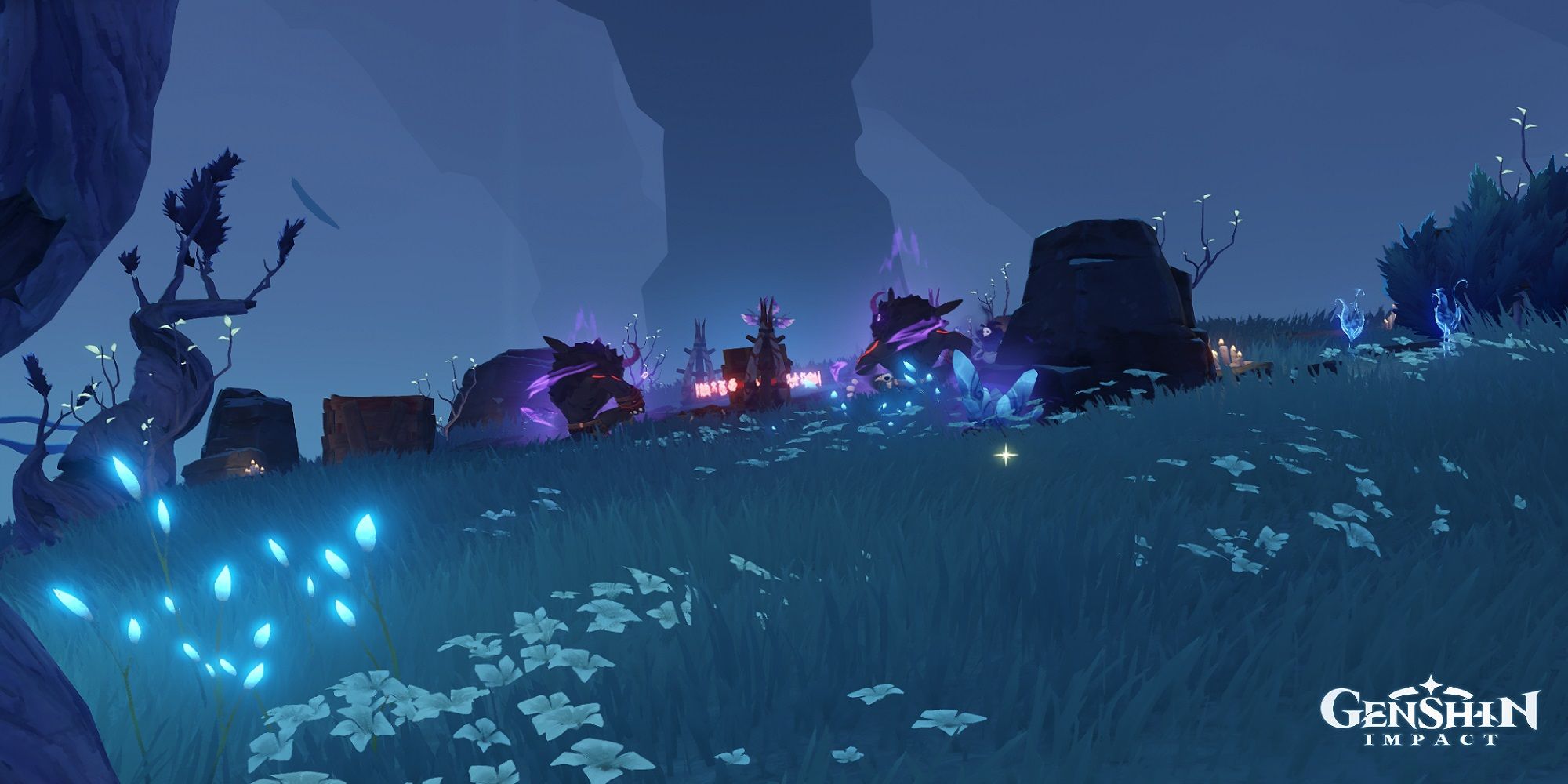 As long as your Bokuso Box has energy remaining, you can activate it for several purposes. The Bokuso Box can dispel the darkness surrounding Aphotium Ore deposits, challenge arenas, treasure chests, and enemies. When enemies are surrounded by darkness, you must hit them with the Bokuso Box’s ability to weaken and defeat them. 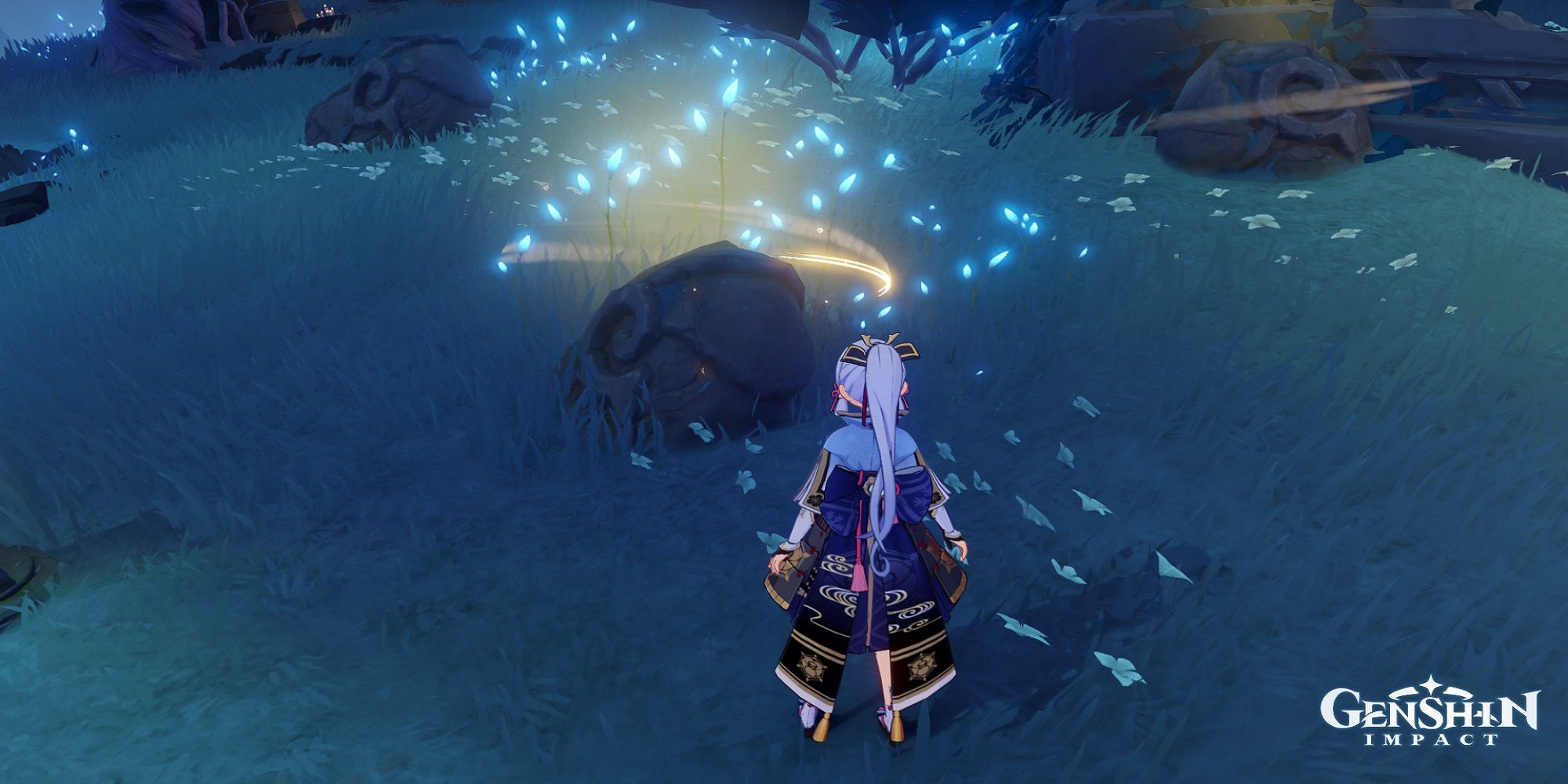 If your Bokuso Box is running low on energy, there are a few things you can do. Recuperating at the Statue of the Vassals in the center of Enkanomiya will fully restore its energy while interacting with Light Conches or Coral Butterflies in the overworld will restore a small amount. 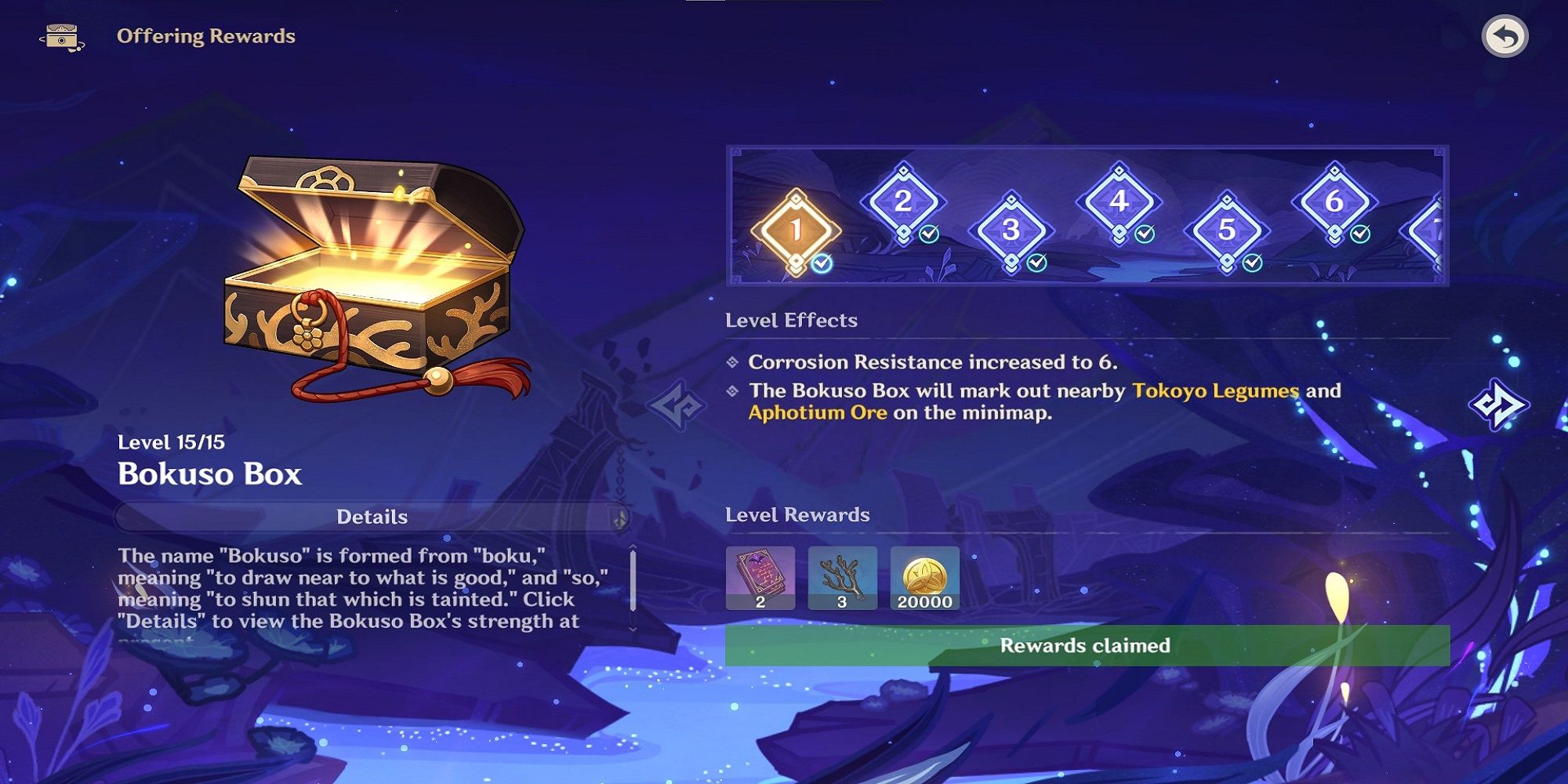 As you progress in your abyssal adventures, the Boksuo Box can be upgraded at the Statue of the Vassals to grant you further rewards and benefits. Many of your accomplishments in corroded Ekanomiya will grant you Light Realm Sigils, which can be turned in at the Statue to increase your Bokuso Box’s level. Doing so will unlock various rewards like Weapon Ascension Materials and the new Oathsworn Eye Catalyst, as well as increase your Bokuso Box’s Corrosion Resistance and capabilities. 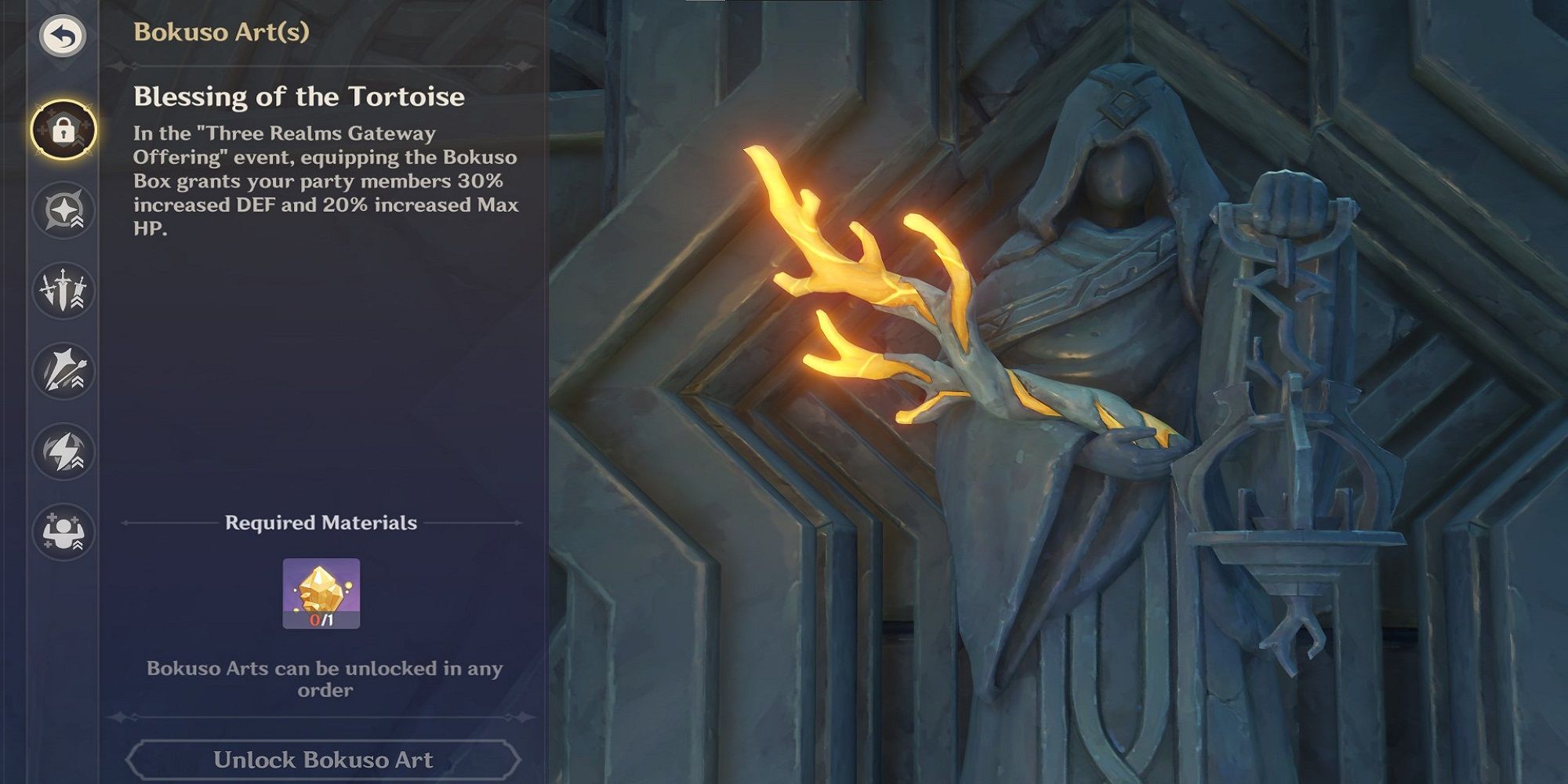 Opening Luxurious Chests in darkened Enkanomiya will also give you Light Realm Cores, which can be exchanged for Bokuso Arts at the Statue of the Vassals. These Bokuso Arts will directly strengthen your characters while you are in the event area, providing bonuses like increased Elemental Burst DMG and decreased stamina consumption. Travel can be tiresome and enemies can be tough during this event, so make sure you unlock Bokuso Arts whenever they’re available.

Most of the Three Realms Gateway Offering event’s rewards are tied to Bokuso Box feats, meaning that you’ll want to utilize the Gadget as much as possible during your trials. Leveling up the Bokuso Box, unlocking Bokuso Arts, dispelling darkness, and replenishing the Bokuso Box’s energy are just a few tasks that grant Primogems and other goodies, so make sure to check the Event Page often and collect all your rewards as you continue to use the Gadget and complete the event.