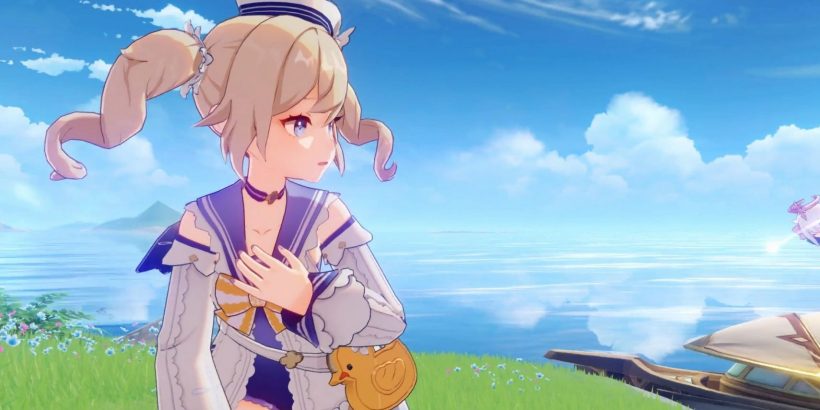 The Genshin Impact 1.6 update’s major feature is the Golden Apple Archipelago. This is a map made up of several islands added for the events. There you can find tons of chests, a new enemy, and do a four-part quest to uncover the secret of the Dodo King.

This is all while taking part in Genshin’s newest travel method, a boat. For those who want to get the full experience out of the island, things can get a bit confusing, especially since you will need to literally raise the islands out of the sea to actually begin exploring them. Here’s how you get there.

The Dodo King Quest And Getting The Boat 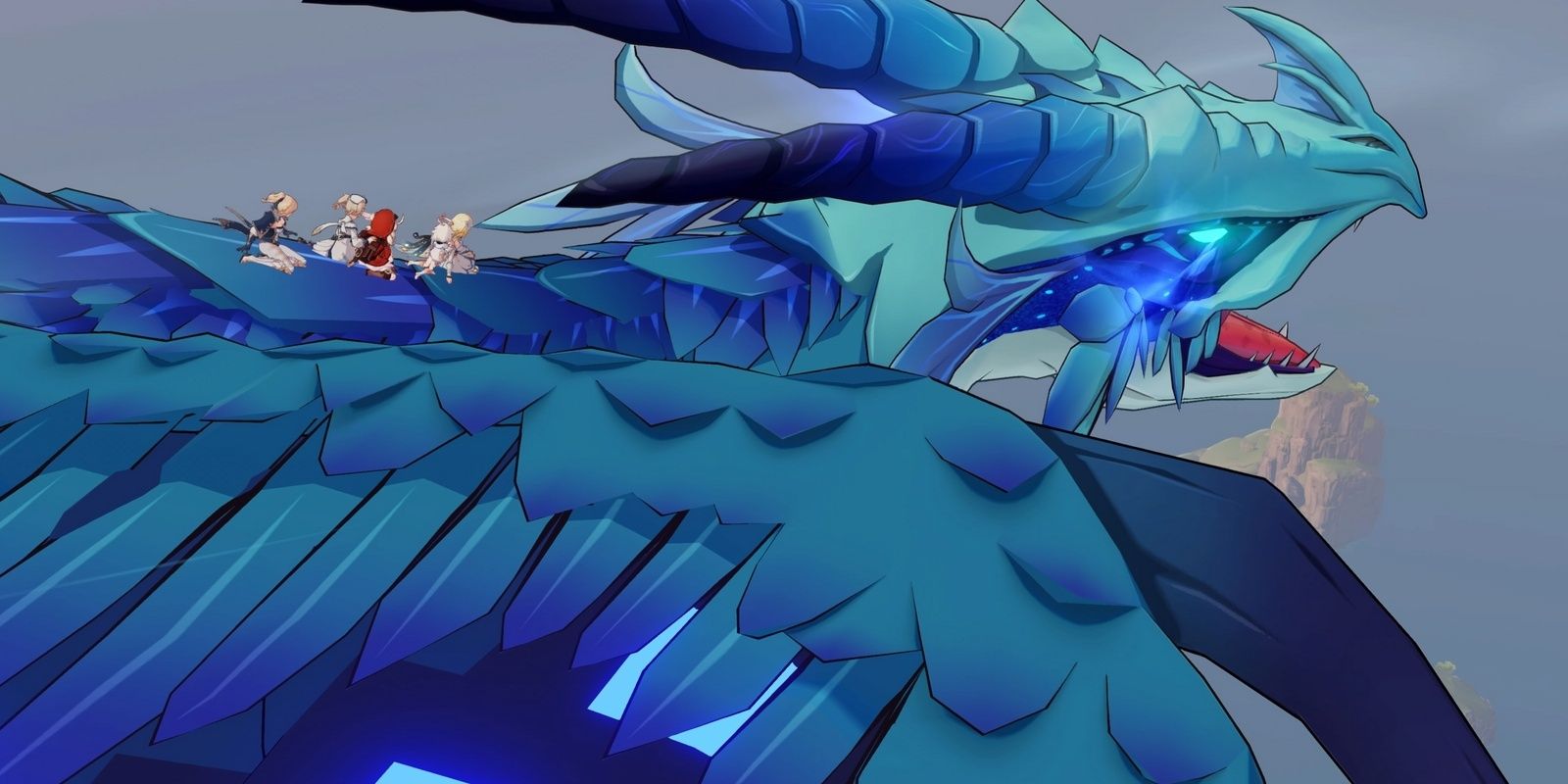 The event can be taken on by those who have completed the necessary quests and reached Adventurer rank 21. When you log in, you will get a quest called “Mysterious Islands: Journey to the Unknown.” Head on over to the Knights of Favionius Headquarters and go in to talk to Klee. Afterward, you will do a bit of running around town before finally meeting Jean and Barbara in the plaza. From there, you will go to Windrise, where Venti summons Dvalin to take you to the archipelago.

Once you arrive, some dialogue will ensue, and then you will be able to move around freely. A marker will appear in the water below the cliff you are on. Jump down to it to gain access to a boat called the Waverider. You will now be able to freely use the boat anytime you want within the Golden Apple Archipelago. 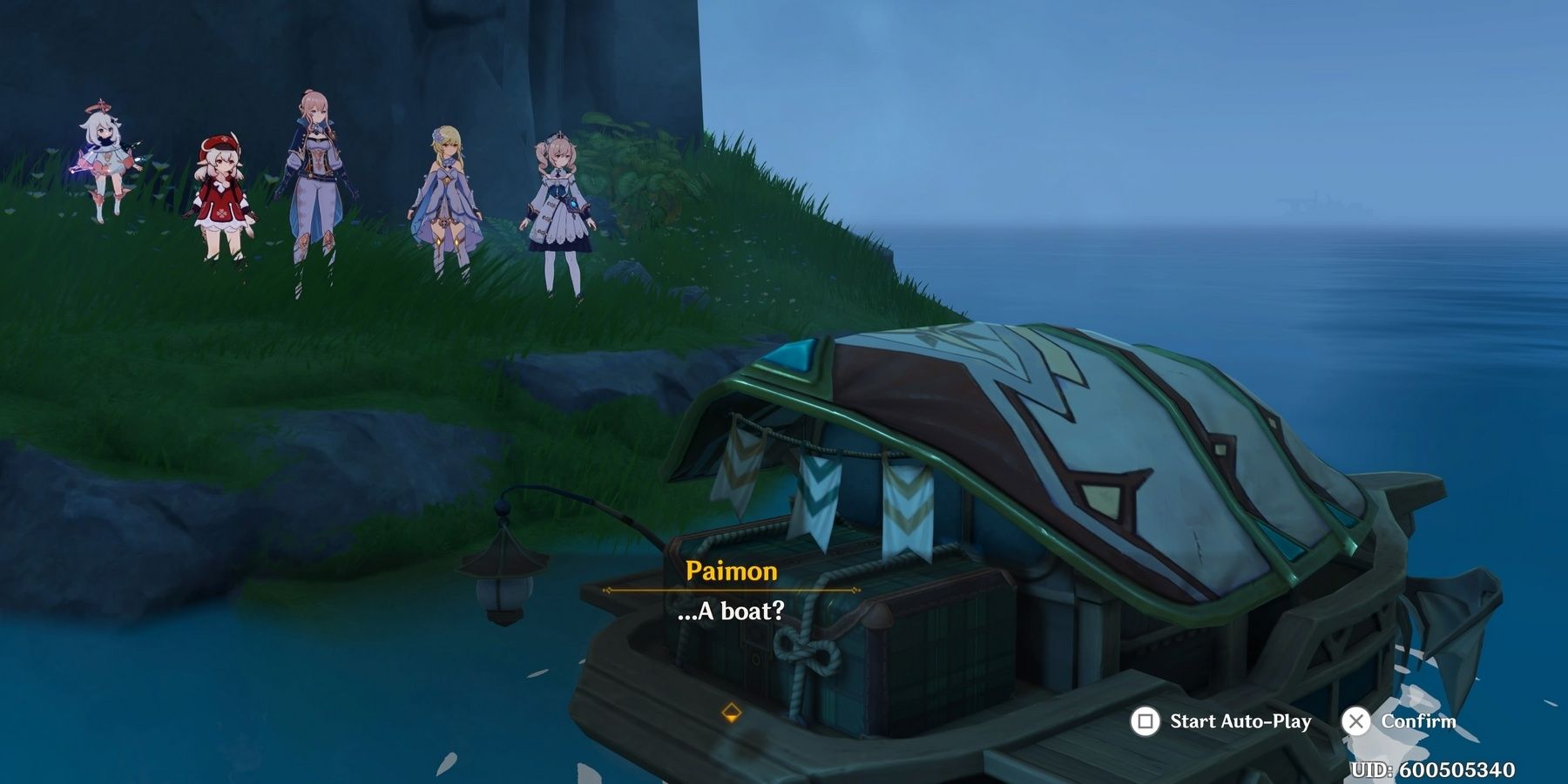 Once you’re in the Waverider, the game will give you a quick rundown on controls. You can use your sprint button to quickly move around the sea, but the boat itself has a stamina meter. When the meter is depleted, you can still move slowly, but you will need to wait for it to refill a bit before you are able to zoom around the sea again.

The boat stamina does not affect your character stamina, and you can leave at any time by holding down the jump button. This will shoot your character into the air with a deployed glider to make getting to land much easier.

You will also be able to attack with your boat. You have a standard attack and a powerful attack that you can deploy using the elemental skill button. The powerful attack does have a cooldown timer, so use it wisely. The boat can be used to deal damage to certain structures, as well as nearby enemies. You will also notice that the boat does have a health bar at the bottom of your screen. While you don’t have to worry about taking damage much when fighting Hilichurls, be sure to check your health from time to time. 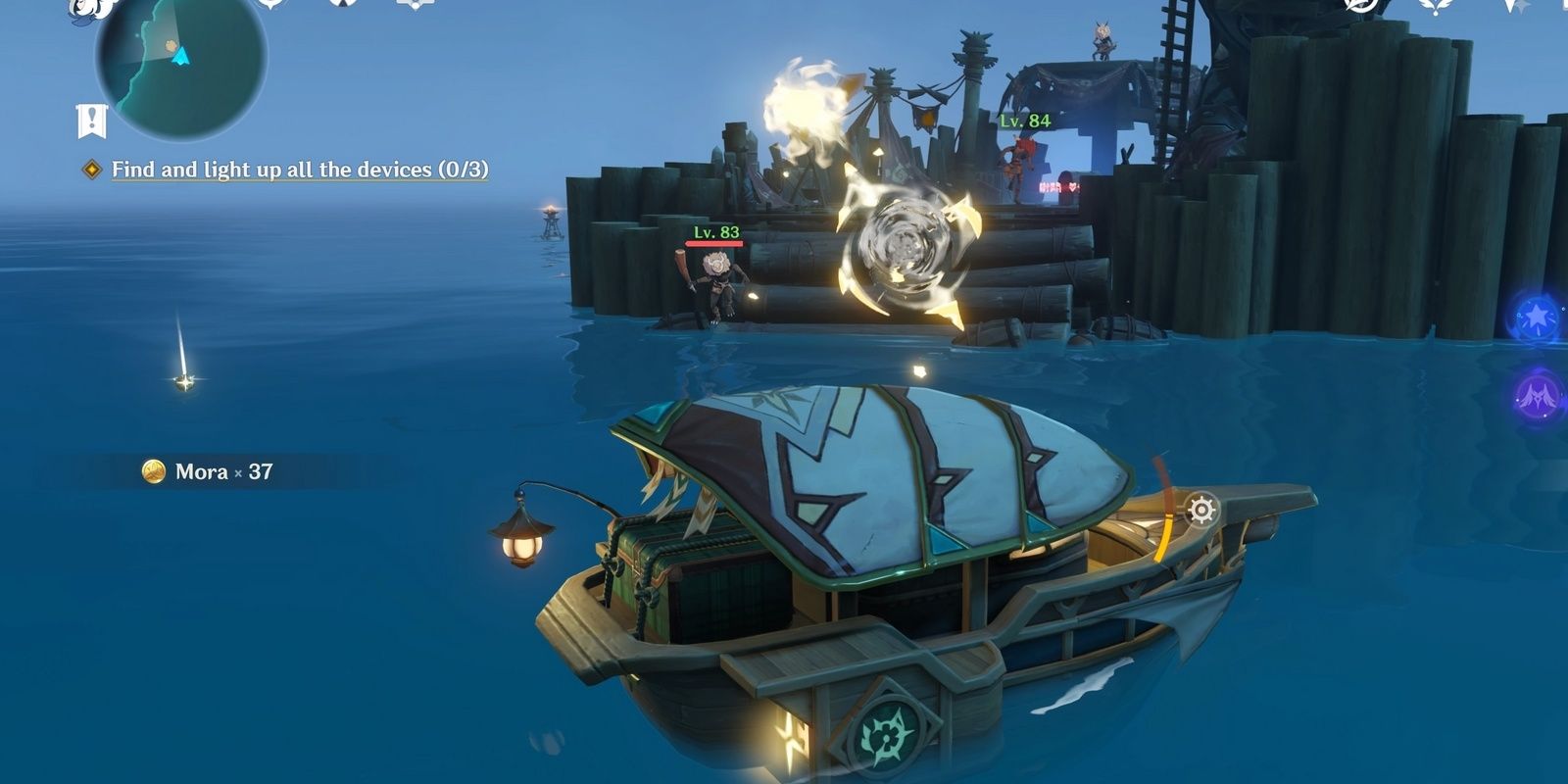 There are also a few dangers at sea like whirlpools that will pull you in and crates that you can run into, effectively halting your progress. There are also wind barriers that you will encounter and need to use your boat’s weapons to effectively break down. Be sure to keep a fair distance from any exploding barrels.

Once you land on an island or travel to another island, you may have issues finding your boat. If this happens, find the nearest waverider summoning point marked on your map and use it. This will instantly summon your boat. After raising the islands, you will find that spawn points that are located on raised cliffs won’t work to summon in your Waverider.

How to Raise The Islands In The Golden Apple Archipelago 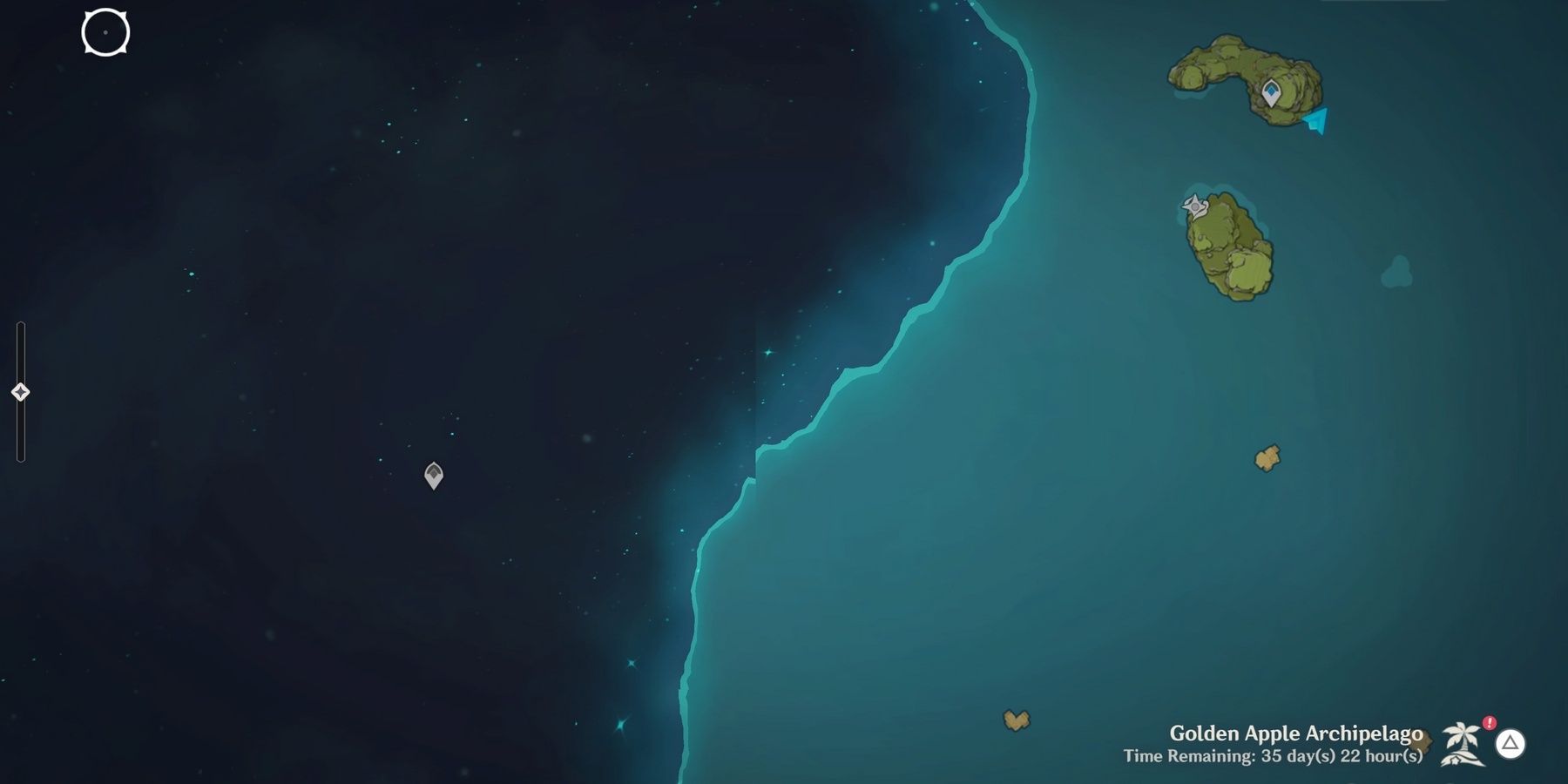 After you arrive at the first island, you will find that everything is covered in a thick fog. To remedy this, you will need to finish Act I. To do this, simply follow the small glowing beacons placed in the sea to find the other islands and activate their waypoints. Once you activate all three, the fog will clear, revealing a clear blue sea.

You will also pass a few floating Hilichurl camps. This is a great chance to practice your Waverider combat. It’s best to leave heavy exploring until after the fog is cleared, though, as it makes things much more difficult to see. You will also be able to use the waypoints to move around the map much more efficiently, making exploration quicker. 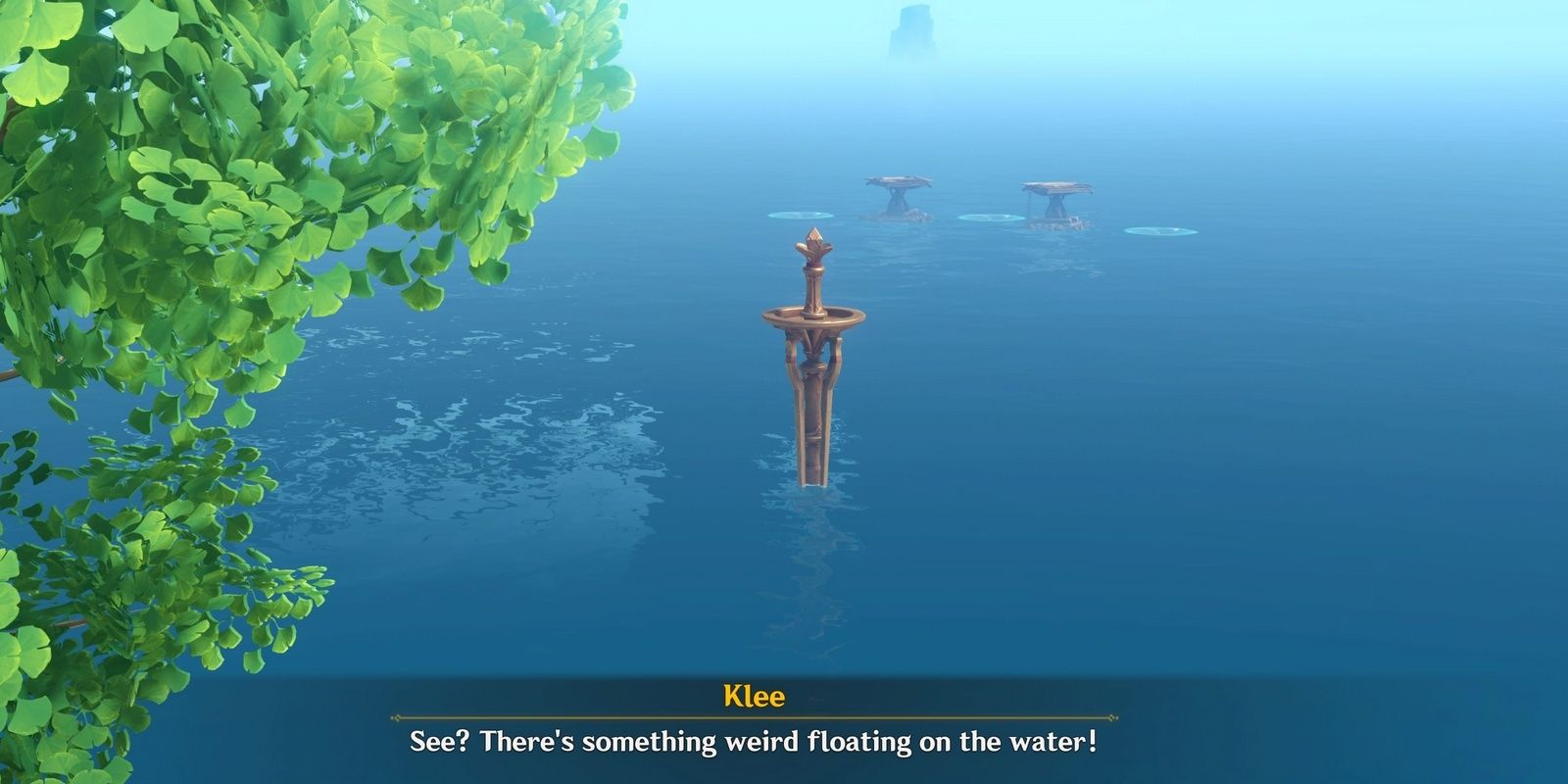 After finishing Act I, you will immediately want to begin Act II. This time you will need to destroy three buoy-like objects that have appeared around your camp. Doing so will cause the islands to rise from the sea, revealing the entirety of the Golden Apple.

This will allow you access to the conches needed to unlock Barbara’s costume, several puzzles, and tons of treasure chests.