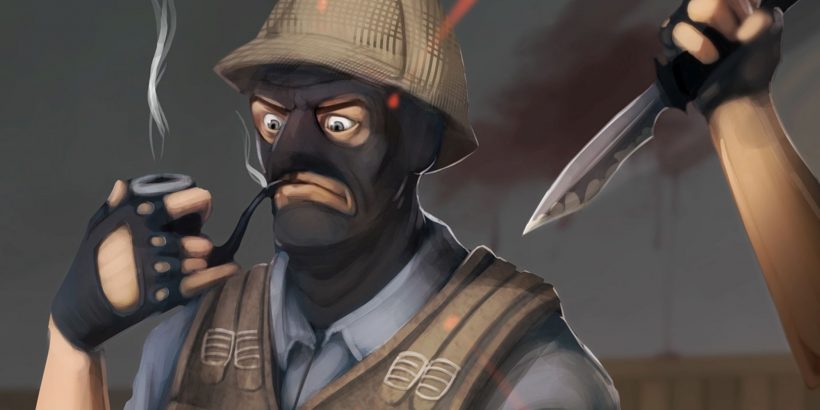 I love Among Us, Town of Salem, and Project Winter, but none of those come close to Garry’s Mod’s Trouble in Terrorist Town. The premise is pretty much the same – a bunch of you are the ‘innocent’ terrorists, and one or two of you are traitors. But, rather than holding meetings to suss out who the imposter is, you have to figure it out during the game, killing those you suspect. However, you need enough solid evidence, or you can get banned for random acts of murder. Even with solid evidence, you might kill an innocent, sparking a shootout that does the traitors’ work for them. That’s what’s so great about it, it has the one thing Among Us lacks – complete chaos.

Someone might accidentally misclick and swing a crowbar in your vicinity which could be misconstrued as an attempted attack, making it a perfectly viable reason to kill them. Someone else may see that and say it was nothing but an excuse to kill an innocent person in front of everyone, therefore killing you. And that can spiral into everyone killing everyone. Unlike Among Us, imposters aren’t the only ones who can fight, and that ups the ante. You have to be doubly careful as an innocent, because your behaviour is always on trial.

There are so many layers that you quickly lose trust in every single player. But some maps have a solution – traitor testers. These invite a whole new can of worms. Everyone can gather around to use them, but some have false walls traitors can activate remotely, so a person inside the chamber may be falsely accused of using a traitor-exclusive getaway. Others can be destroyed, and if you’re caught doing that, you may be killed, even if you’re just trolling. There’s so much more to TTT yet it keeps the simplicity that makes Among Us work so well. There are two teams, and the biggest of the two is tasked with finding out who among them is an imposter. You determine how complicated it gets beyond that, because it’s all based on making your own fun. 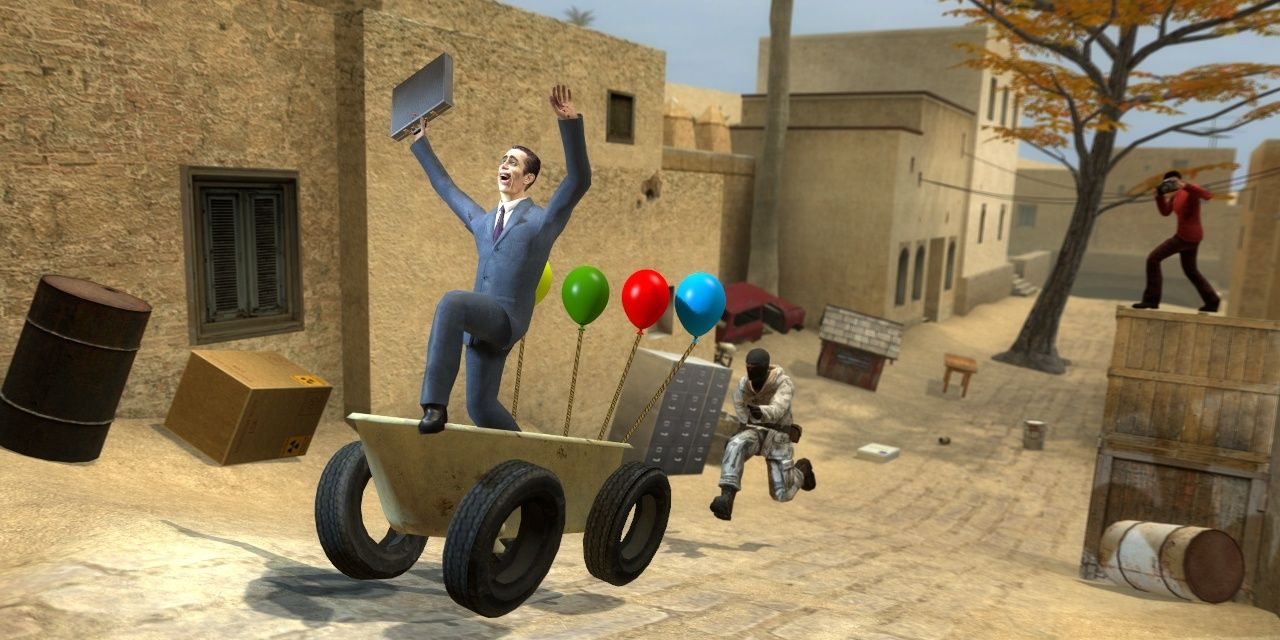 A huge part of making your own fun is in how people run these servers. They aren’t official, so they rely on mods and community-made additions. Every server will have a different catalogue of traitor-unique weapons, whether that’s a C4 you can plant in the tester to blow everyone up, or a grappling hook that lets you shoot up to high places. I even ran a server for a few months and got to experiment with some of the more overpowered and unbalanced weapons that were swiftly removed, like an orbital cannon that obliterates whole areas. Innocents didn’t really stand a chance with that in play.

Other gadgets you can download include disguises that mask who you really are, and medkits that detectives – specialised innocents – can use to resurrect the dead. Bring an innocent back and they’ll probably snitch on you, so you gotta burn the body. If that’s all too complex, you can always find a server that’s a little plainer, keeping things simple. It’s one of the best parts of TTT – everything is community-run, so there are hundreds of different ways to play and experience it, and no one way is the same.

I made some of my best friends on TTT, friends I still talk to occasionally today, over a decade later. That's because it's more personal than Among Us and invites you to forge communities by its very nature, seeing as you’re more likely to stick with one or two servers than pick random games every time, and you’re bound to make friends since those games will always break out into complete chaos. The added bonus is that it’s less mundane to be innocent, and a lot more fun to be a traitor. The worst part of Among Us is getting stuck doing the same monotonous tasks over and over again, but TTT solved that problem years ago. As an innocent, you’ll be running around with a group, playing detective, getting caught up in shootouts with people who are likely on your side, and fending off traitors running at you with a one-shot knife. It’s never dull.