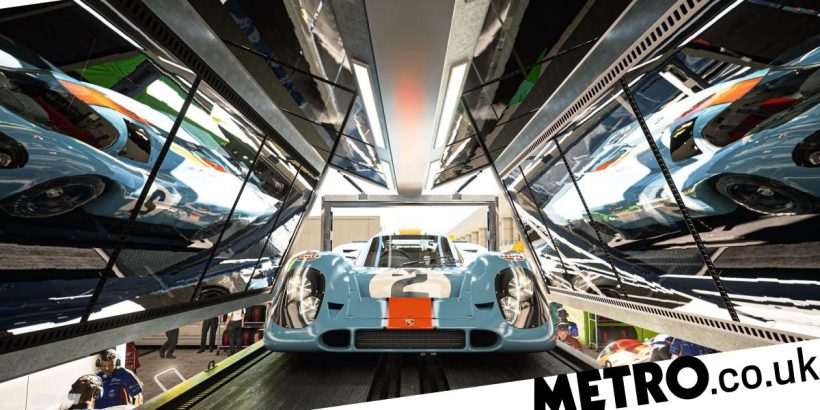 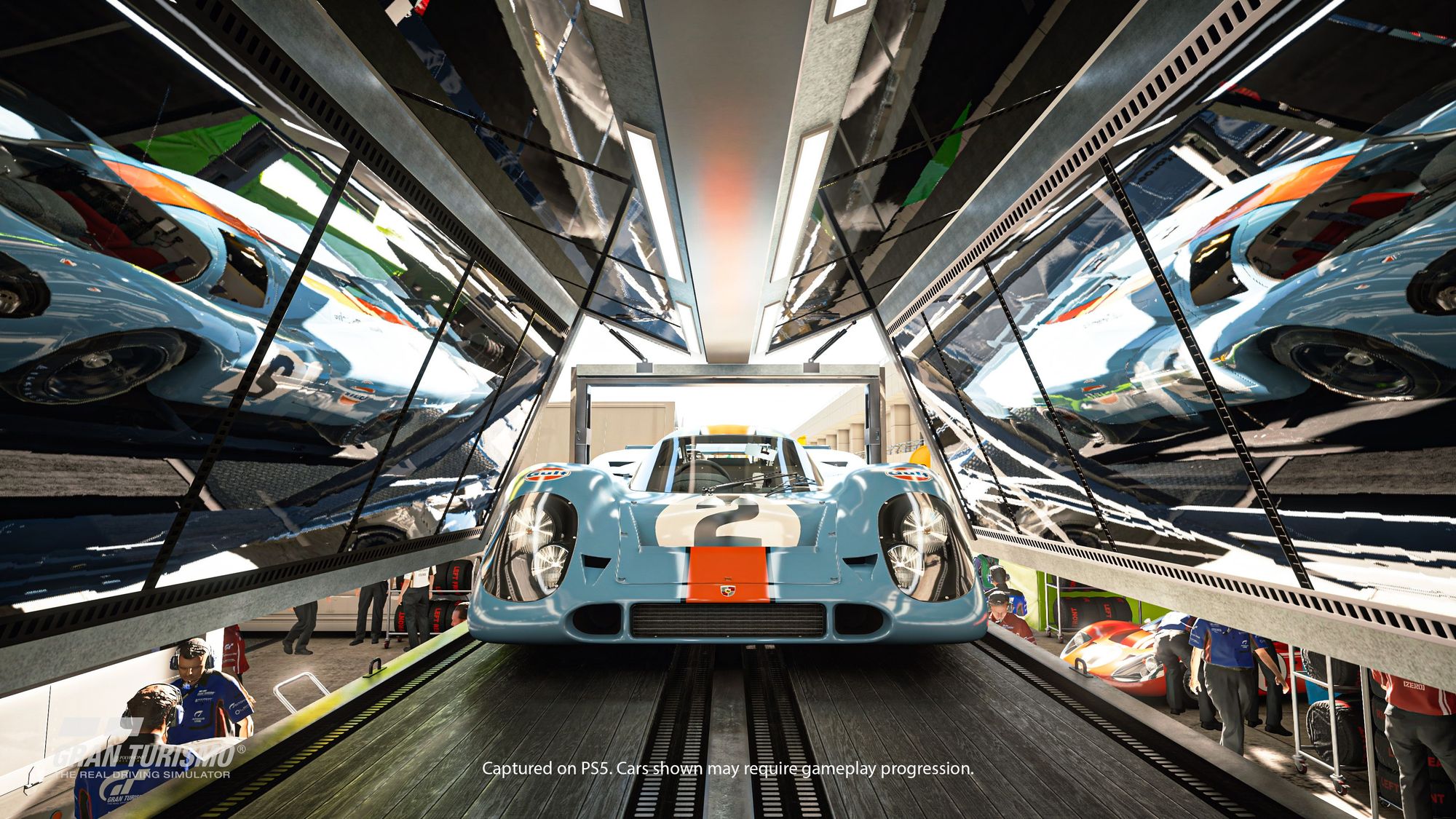 Crowd pleaser
So Horizon Forbidden West is out and it’s been reviewed well but I don’t think it’s going to be winning any game of the year awards or be regarded as any kind of classic, which is probably not what anyone expected but I feel, more importantly, that it’s not really a game-changer, in terms of how anyone is going to think about Sony and the PlayStation. So my question is Gran Turismo 7 going to be any different?

It seems like forever since the last game came out but back in the day Gran Turismo was basically Sony’s biggest exclusive. But that was back when they didn’t have the reputation they have today, so that and about a bazillion other things have changed since then.

I’m sure it’ll be good, but I don’t get the feeling that Gran Turismo 7 is going to be as ‘fun’ as Forza Horizon 5, which was a huge crowd pleaser. Will it be a better game? Quite possibly but it doesn’t feel like it’ll be as popular, especially as I don’t think it was ever as big in the US as it is here and Japan.

We’ll see though, and I definitely like how many big name games are coming out all at the same time at the moment. I hope they keep spring like this in the future because it makes a lot more sense than having just everything coming out at Christmas.
Danse

Prestige release
That PlayStation VR2 headset is looking pretty smart, I really like the design of the controllers too. Put me in the club that thinks the PlayStation 5 console is fugly but clearly Sony can design a nice bit of hardware when they try.

As you said, the next question is the price and the release date but I think it’s pretty obvious that this thing is going to be super expensive. I would assume at least £400 and that would be with Sony taking a pretty deep bath on the cost. I’d pay it but I really don’t think that’s a mainstream proposition for most people, so while I’m glad Sony is making the effort I’m a little confused as to what they think they’re getting out of it.

It won’t be money in the short term so I guess prestige? They want to be seen as high tech and to have one over on Microsoft whatever happens, because they don’t even have a VR headset. Although I can’t imagine that will last if Sony’s does become a big hit.
Cubby

Stock issue
I don’t know what is going on with that Street Fighter 6 logo but I can tell you it’s absolute garbage. I mean, I have no idea what the game’ll be like, obviously, but that logo looks like some first year art designer student’s homework he knocked up at the last minute. Or… a bland bit of stock image that Capcom for some reason decided to rip-off, even though it’s from a public library and they’ve already been caught doing this sort of thing before.

I really do wonder about the games industry sometimes. You rule out things happening because surely companies have learnt from prior mistakes and then it happens again and again. I mean, did EA not know about Cyberpunk 2077 when deciding to put out Battlefield 2042? What did they think was going to happen.
Focus

Brain ache
There’s been a few messages into the Inbox recently about Metal Gear Solid 5. I did try it a few years ago, but for me it had a similar problem with lots of games that have a stealth mechanic: for some reason I cannot shake the feeling that if I haven’t stealthed my way to victory I’ve failed.

I tried the first proper mission multiple times, creeping my way in meticulously, picking off bad guys. But at some point I’d get spotted and it would completely kick off. Troops coming at me from every direction. No matter how good the combat mechanics are – I can’t actually remember in the case of Metal Gear Solid 5 – I instinctively restart the level because a part of my brain goes, ‘You’ve been spotted, you’ve failed, start again’.

Just another one of those weird things that my brain does that stops me enjoying a game.

Horizon Zero Dawn had a similarly annoying trait. I was enjoying it but I feel compelled to fill out the whole map, investigate every marker, complete every quest before I move on. Thus, I often get bored doing menial tasks, when I would probably enjoy games more if I just concentrated on the main missions.

Not so Solid
Am I the only one who didn’t enjoy Metal Gear Solid 5: The Phantom Pain?

I owned a Wii U at the time of the PlayStation 4 and Xbox One.

So when I got an Xbox Series S and it was on sale, I’d heard all the great reviews so I jumped at it.

I thoroughly enjoyed the first two hours in the hospital (sorry, spoiler alert) but after that I couldn’t care less for the game. I gave it a decent go after that but just felt completely frustrated and bored with what I was expected to do.

It’s one of those games I tried hard to like because in the back of my gaming mind I felt like maybe I was wrong and I was missing out on something. Still, it did nothing for me after the hospital.

I know if we all liked the same thing the world would be a boring place, so I suppose I drop into the category of not liking Metal Gear Solid.

I don’t want to berate it too much because there are obviously people who enjoy it and it’s clearly a well-polished game but it’s just not for me.
freeway 77

White knight
I think there’s two ways you can look at Phil Spencer getting on the phone to buy Activision that quickly.

First there’s him seeing the potential for the company to be bought. Share price is down, shareholders will like it, and if they don’t someone else probably will.

On the other hand, there’s seeing everything happening at that company and rather than just complaining from the sidelines decided to make it his own problem, because once the deal is done it is now his problem. If he doesn’t fix it, then he’s likely gone. If it goes badly then shareholders will be back to wanting an Xbox sell off too, because the next time the State of California sues the company it would be against Microsoft.

None of us personally know the guy, and only time will tell which it is, but I hold out hope for the later.
Tim

GC: You think Microsoft made its most expensive purchase ever for humanitarian reasons? While ensuring the man at the centre of the discrimination allegations got a $400+ million payout?

Nürburg Ring
Is there going to be a review of Grid Legends before its release on Friday?

I think I read in the inbox that there might be something else coming out on that day but I can’t recall its name, so I don’t expect it will be of much interest to anybody. I had a quick look at the release schedule and there’s nothing of note on there either for Friday.

Keep up the good work.
Dirtystopout

GC: There will be one this week, let’s put it that way.

The more the merrier
Although I’m not sure how good a Lego football game is going to be I do like the idea that with the possibility (probability?) of EA losing the FIFA licence other companies have decided this is the time to finally offer up some competition. There’s that UFL free-to-play one already, eFootball (boy did Konami choose the wrong time to murder that), and now apparently 2K Sports.

I hope there’s more after that too because for too long there’s been basically only one game for each sport, and it’s always the one that has the official licence. I like all the official kits and names and everything too but it’s much more important that the game is good to play. That’s why PES was so popular back in the day.

Of course, it’d be nice if this encouraged EA to up their game as well. FIFA 22 isn’t a bad game but for too long it’s been obvious that the whole series is just a means to con people into buying lootboxes. EA high command, who I bet have never watched more than five minutes of real football, are only interested in that and so the game itself almost becomes a sideline.

I don’t blame them though, I blame the idiots that buy them but either way hopefully losing the FIFA licence will be the sea change that sports games, particularly football, have long needed.
Chopshop

Inbox also-rans
Just noticed on the Nintendo Store UK they have four Pokémon amiibo in stock: Lucario, Charizard, Pikachu, and Mewtwo.
Andrew J.
PS: Really excited about the PS VR2 news, as I want to get one!

Am I the only one who thinks Capcom got themselves confused and thought that they were making Zangief for the Street Fighter 6 trailer, and not Ryu? Why is he so ridiculously wide? How will he do a hurricane kick? More importantly, how will he wipe his bum!?
Julian

This week’s Hot Topic
The subject for this weekend’s Inbox was suggested by reader Cable, who asks what are your favourite (or not so favourite) memories of FromSoftware’s Soulsborne games?

Demon’s Souls, Dark Souls, Bloodborne, and Sekiro have had a huge influence on modern gaming, despite their reputation for extreme difficulty, but what do you think of them and which ones have you played? Did you beat them, and did you think the difficulty was fair or over the top?

Are you looking forward to Elden Ring and what are you hoping for from that game? What are your favourite games to be influenced by FromSoftware and how do you hope that influence will continue in the future?