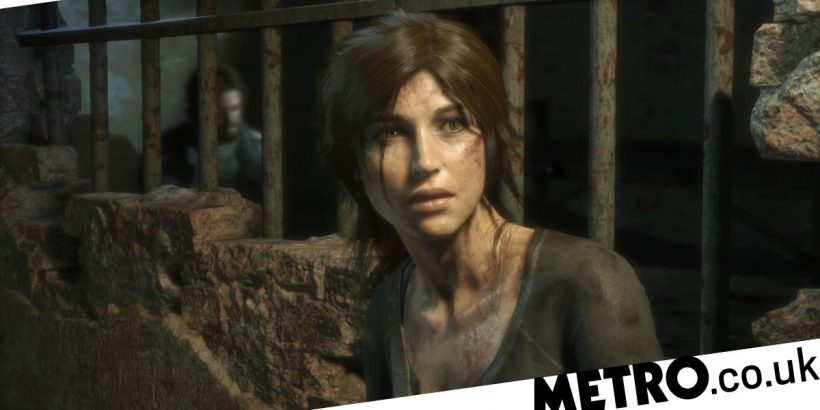 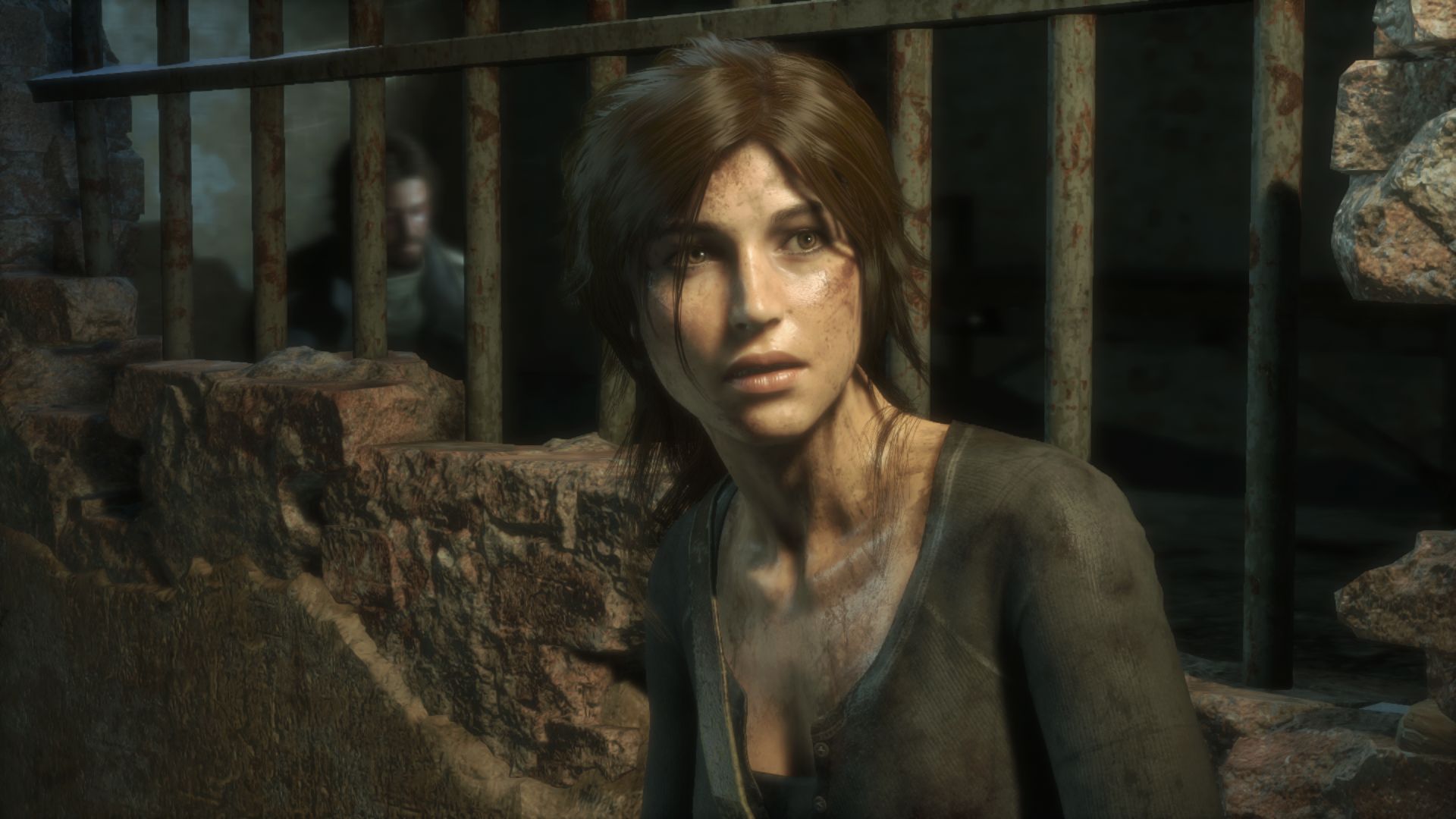 The Wednesday letters page is still trying to make sense of the Square Enix sell-off, as one reader requests a Xenoblade Chronicles X remaster.

The Square Enix era
I can’t help but wonder what Square Enix is thinking now, reading the internet where everyone is calling them idiots and trying to work out why they sold off Tomb Raider and all those other games and developers. I certainly can’t work it out, unless it’s something they did while drunk and then regretted the very next morning.

They’ll have to live with their decision though, and I hope that the next Tomb Raider game can become a massive success just to show them what could have been. I’m going to assume that Crystal Dynamics is going to stick to their original plan and this will be an attempt to combine the old and more modern franchises, which always sounded like a good idea to me.

What I do hope though is that they start expanding the franchise out a bit and make some games with Lara Croft that aren’t a Tomb Raider game. Maybe something a bit more like a role-playing game and a straight-up survival game, after toying with those ideas before. Lara could absolutely still be a massive star for gaming, she just needs a better writer and a publisher that believes in her.

With a bit of luck the Square Enix era will just be a minor footnote in her history and it’s all onwards and upwards from here!
Alberto

Bad obsessions
I can easily believe that Square Enix is the ‘big’ purchase Sony are supposed to be contemplating but, like you say, I don’t get why they’d sell off Tomb Raider or the developers. Those are really good developers that Square Enix wasn’t making the most of but how is that a reason to sell them off? Especially for the relative pittance that they did.

For a minute there, a couple of years ago, I thought Square Enix was starting to turn itself around but suddenly it’s become obsessed with all the very worst things in gaming: live service games, NFTs, blockchains, treating your developers like dirt…

Why is it they’re standing by Babylon’s Fall, which is on course to be the worst reviewed game of the year, and yet Crystal Dynamics and Eidos-Montréal have bene thrown under the bus? I wonder if the Eidos-Montréal dev knew she was being sold off when you interviewed her just the other week? She’s probably thinking she’s better off with a company that actually values her and here team.
Focus

GC: We were wondering that ourselves.

Licence to kill
So Square Enix lost $200 million on the Marvel games, eh? I wonder how much that means they paid for the licences? I’m assuming it must be several tens of millions. Maybe $100+ million? Crazy, especially when the licence to print money doesn’t work, because Disney aren’t liable for anything and Square Enix just have to eat the cost and, you know, sell off the developers for chicken feed (what did Lara Croft do to deserve being dragged into all this?).

I wonder if this is going to put other publishers off from licencing Marvel or other films, since I assume Disney probably has similar rates for Star Wars. It actually makes sense now that EA didn’t make Battlefront 3, as they said it wasn’t cost effective when they could just make a new Battlefield instead. (That was before Battlefield 2042 so I don’t know if they’re reassessing that now.)

Movie tie-ins have largely shaken their bad image over the last few years so it’d be a shame if this caused them to be seen as not worth the risk again. A lot will depend on the Wolverine game that Insomniac are making, I think. Spider-Man 2 is a guaranteed hit but what about Wolverine? Especially if a new movie with him isn’t out at the time. If that doesn’t do as well as Sony are obviously hoping then we could be headed back to the dark ages.
Starrk

Missing chapters
So what do we think Sony is going to do for the next Uncharted game? The last one clearly set up a different main character to Nate but given the Tom Holland film is a thing now I’m guessing that’s not happening anymore. The only thing that makes sense is a prequel, even though that’s kind of already been covered.

I would guess we’re going to get the… not teenage adventures of Nathan Drake but like early 20s? That should give them plenty of space to work with, without stepping on any of the other games’ toes, but… I still struggle to get excited about it. It just seems that everything that can be done has been done with the series and Naughty Dog were probably right to end where they did.

It still makes money though so there’s no way that was ever going to stand.
Robin

Sign of quality
I was playing R-Type Final 2 with a D-pad earlier in the week and noticed that the controls are pretty terrible and often fly right into enemy bullets. I decided to finally get an arcade stick to alleviate the problem (research seems to suggest that people only use fight sticks for 1-on-1 fighters but whatever, I’m sure they’ll do just as well for my beloved shoot ‘em-ups.

After some miniscule research, I went with a Quanba Drone, I was on a budget so didn’t want to pay through the nose for one, but it seems it might come with Sanwa parts.

Did I do well, or should I have gotten another brand?
Sven

GC: You haven’t said how much you paid for it. But if it has Sanwa parts then that’s a very positive sign.

Remake the generation
Looking at the past gen (Xbox One/PlayStation 4) it seems that there has been somewhat of a PS1 resurrection. Bro, we’ve had Final Fantasy 7, WipEout, Tony Hawk’s Pro Skater 1+2, Resident Evil 2, Spyro The Dragon, Crash Bandicoot trilogy, MedEvil, Crash Team Racing, and Resident Evil 3. At this rate they should totally continue and remake more PS1 games because most PS1 games are nearly unplayable.

Usually beat ‘em-up games do not get remade but Soul Blade and Tekken 3 would be totally cool. Most of those PS1 games are unplayable and need a makeover, this will be more evident if there are lots more PS1 games featured on the new PS Plus Premium subscription.
Matt Riddle

Corporate activities
I don’t even know where to start with this disgusting story about Activision Blizzard, where they advise investors to help them cover up their toxic working conditions. Just pure evil. The worst bit though might be that Microsoft tried to do exactly the same thing themselves. So much for them being the ones to sort out Activision Blizzard, they’re just the same!

Anyone that considers themselves a fan of a giant company should consider what that actually means. Ordinary people make the games you love, while the fat cats treat them like wage slaves and let the majority bully the minority.
Tommo

Embracing hope
The news of Embracer Group buying the studios responsible for my favourite game series, and the IP itself, took me by surprise.

I’m somewhat hoping that, since they obviously paid such a tiny amount for them, that they manage their own expectations.

For example, didn’t Square at one point complain that Tomb Raider didn’t meet their expectations but when you looked at it, it required almost everyone on the planet to buy a copy?

When the leaks for cancelled sequel Dead Sun came out, I was initially disappointed that we didn’t get another game in the Legacy Of Kain franchise, but then I became much more accepting of it.

Ignoring the terrible script and misogynist character designs, it was still a terrible misstep, going against the rules and characterisation of the previous games.

Apparently, Kain would have gone back in time and killed his younger self – this is obviously a paradox that doesn’t make any sense and undermines the entire story that far. Plus, how does Kain have an empire if he was killed before he could make it? Utter tripe.

I understand that, especially because it was so long since the last game, that they wanted to effectively start a new story. Frustrating, but understandable. But when creating a new game in a niche series, maybe they shouldn’t put off the guaranteed already-built-in audience? You might not attract many new players and losing the audience that already exists would further reduce sales.

Hence, I hope that if they do anything they manage their own expectations, rather than shooting themselves in both feet.
Joseph Dowland

Inbox also-rans
May the 4th be with you! Hopefully lots of Star Wars games news and sales announced today!
Andrew J.

GC: There might be some small teases, but the main reveals aren’t expected until the Star Wars Celebration event later in the month.

I wonder why Nintendo still hasn’t brought Xenoblade Chronicles X to the Switch? I like it much more than any of the numbered games but I guess because they keep getting released is why they haven’t bothered. I hope if Xenoblade Chronicles 3 is the last one that X will finally get its chance again.
Tintin

This week’s Hot Topic
The subject for this weekend’s Inbox was suggested by reader Malam, who asks what is your favourite video game weapon?

It can be anything from a gun in a first person shooter to a favoured sword in a role-playing game, but which have you enjoyed using the most and why? Is it simply because of how the weapon looks or feels or is there a story element to it that makes it a favourite – or perhaps the fact that you spent a large part of the game upgrading it?

What’s the most original or strange weapon you’ve ever used in a video game, and which has been the most annoying or useless?