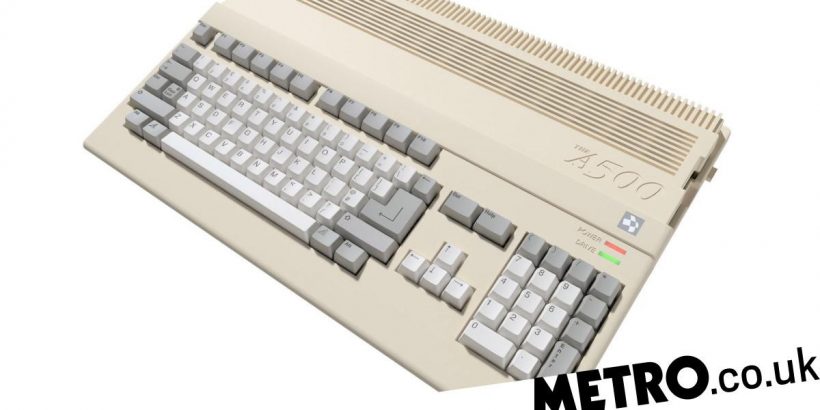 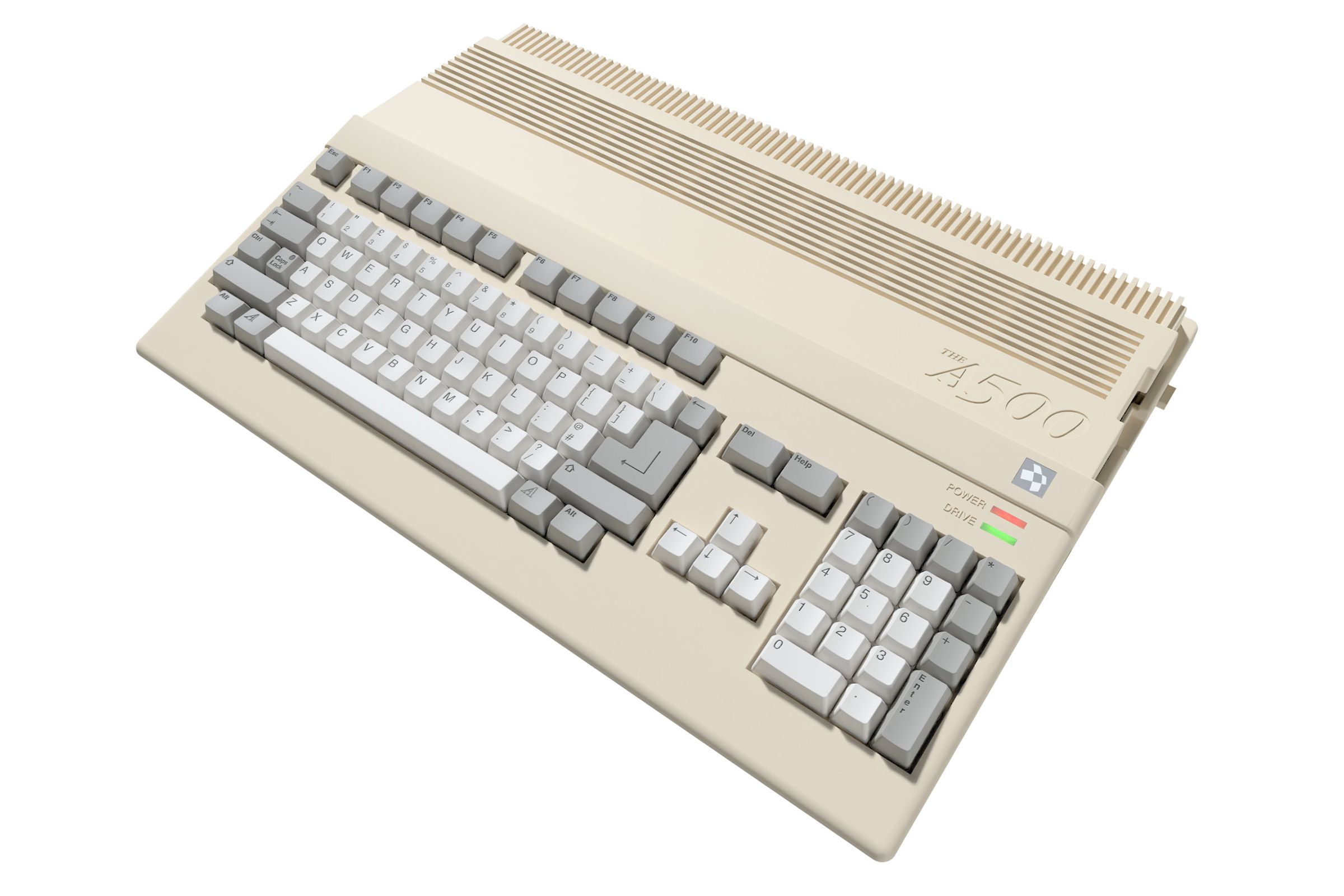 The Friday Inbox offers some free codes to buy a PS5 from Currys PC World, as one reader enjoys The Forgotten City.

Back in the day
Very interested to hear about the Amiga 500 mini console, as that was definitely my ‘console’ growing up. I’ll almost certainly get it when it comes out but thinking about it, can we really say there are any genuine Amiga exclusive classics that have lasted the test of time?

Most of the best games, like Rainbow Islands and Secret Of Monkey Island, are not only on other formats but are better on them too. There are very few actual exclusives but of the ones that are closely associated with the Amiga I think the only ones that stand the test of time are Speedball 2, Sensible Soccer, Cannon Fodder, Lemmings, Flashback, and maybe Stunt Car Racer (although the graphics were always super basic even back then).

Would anyone else add any others to that and what would you say was the best? Me personally, I think it’s probably Speedball 2 and Cannon Fodder 2. Those are genuinely great games and yet so much of their time I don’t think you could really update them for the modern day without losing most of the appeal. Needless to say, neither are on the mini console but I hope they can make a deal with the Bitmap Brothers and Sensible Software, as they were definitely my favourite developers back in the day.
Compo

Back to the well
I have seen the leaked artwork for Call Of Duty: Vanguard and I have to say I am underwhelmed. I guess there could be some new gimmick to the game but nothing in what has leaked (or been rumoured before this) seems like it’s anything other than just another WW2 Call Of Duty. Something I would’ve though most people have had their fill of a long time ago.

I’ll wait for the official unveil but my expectations at the moment is that Battlefield 2042 is going to easily outclass it in terms of features and new ideas. EA took the L for Battlefield 5, and to a degree Battlefield 1 before it, and they’ve come back much stronger.

I really don’t know why Call Of Duty would go back to such an overused setting but without something about the game that’s actually different I’m already not interested and I suspect the same will be true for most shooter fans. It doesn’t even seem to be the fault of the pandemic, just a decision to do something the series has done half a dozen times already.
Gantz

Well remembered
I recently read your review of The Forgotten City. I had never heard of it before, but I thought it sounded like my cup of tea so bought it immediately for PlayStation 5.

It was a really fun concept with a clever time bending storyline; a bit like the Outer Wilds in some ways, particularly the innovative ways it helped track your progress and ensure you always had an idea of what to do next (which must be hard to design in a game like that).

Anyway, I enjoyed it very much, so I just wanted to thank you for bringing it to my attention. It’s always nice to find a gem like this when you didn’t even know it was coming!
Chris

GC: That’s great, we always liked to hear that.

Price comparison
It’s sad to say I don’t think Sony will ever do a Game Pass; the problem is Xbox has got money to burn and must be losing money on it. Sony hasn’t and in all honesty I don’t even think I’d sign up to it if they did. I mean, if you can play enough to complete, say, two games a month then it’s worth it but if you don’t there’s is no point to it.

Otherwise it’s another subscription that I wouldn’t be using. In my eyes I’d want two new games going on it every month and for that to happen the games would have to be rushed, so it wouldn’t be worth the wait time to download it in first place.
David

GC: Two first party PlayStation 5 games cost £140. Even if a theoretical Sony Game Pass was twice as expensive as the Xbox equivalent it’d still be barely any more expensive than that for a whole 12 months. Also, Game Pass gets many more than two new games a month.

VIP code
I had this code to purchase a PlayStation 5 sent to me from Currys, it’s valid until 17th August and thought one of your readers might benefit from using it; if you could pass it on to someone worthy who’s not been able to get a PlayStation 5 yet.

I managed to get hold of one a few months ago so I don’t need to use it. The bundles on offer look quite good (no dodgy T-shirts!).
Elliott

I have a VIP code for Currys PlayStation 5 bundle if you want to pass it onto a reader. Managed to get one a few months back, so have no need for it!
Mal

GC: That’s very good of you both, we’ll pass it on to whoever wants it, as long as they send us a useable Inbox letter on a subject of their choice.

Deep sea fantasy
Not sure if this has been discussed before, but would a worthwhile Hot Topic be what ‘fantasy’ game (no sniggering at the back) not otherwise catered for would the readers want made, but probably realistically never will due to complexity and/or technical limitations, licensing issues (Han Solo simulator!) or the idea simply being too niche (i.e. only you’d buy it).

One game that I’d always fancied playing would be an open world sea exploration game (I’ve not come across such a game before, so happy for any suggestions) where you and your crew explore the open seas, charting the map as you go (no Ubisoft towers), discovering different islands with dynamic weather. etc. This would be a single-player experience with a story in the background that you could dip in and out of as you see fit. The islands could be barren, have wildlife/food to harvest, and/or have locals and other merchants that are either friendly, ambivalent or hostile.

Not sure what the story would be, but not something as cliched as pirates and treasure (although that might feature as side quests). You can go underwater too if you have the right abilities/equipment.

So, in my head, this is a game where I can freely roam the waves, keeping my crew happy, discovering strange new lands and ancient secrets, go anywhere at any time but with a story that keeps me interested. It would be the sort of game where players are still discovering new stuff years after release, but where the map is fixed rather than procedurally generated.

It would be tempting for the setting to be historic to give a feeling for living in the actual times where explorers were charting new territories for the first time, but that would reduce the underwater exploration possibilities, so maybe an alternate timeline approach would be preferable.

I’ve obviously thought about this too much so shall now stop.
TheTruthSoul (PSN ID)

GC: It sounds like you need to give Subnautica a try.

A name to forget
So I guess Diablo 4 is going to be delayed… If these devs were scumbags though then I guess it’s good riddance to them. Although how they got away with it for so long I do not know.

How long do we give it until McCree is renamed? I always assumed that was a reference to the lightgun game Mad Dog McCree but I guess not. Seems pretty weird to name an important game character after a developer in the first place. Something tells me that’s a concept that’s going to fall out of fashion pretty quickly…
Ratso

Resident Evil Mezzanine
Bit behind the times but I just finished Resident Evil Village and I have to say I like it. I get the criticisms about it being too easy and kind of a grab bag of ideas from previous games but I enjoyed my time with it. It’s certainly not scary and a certain giant vampire lady is barely in it, which is a shame, but I liked the variety and the fact that it didn’t take itself too seriously.

The ending was interesting too in what it implied about the next game. Without spoiling anything it seems like you’d have basically superpowers in the next game, which is surprisingly not something they’ve done before – given all the weird abilities of the enemies in the various games.

I’m not sure what the story would be but I’d imagine the return of Umbrella and Wesker? It’s been too long without them, although I do appreciate that they gave him a rest and his return will be something you can actually look forward to. Nine games is good going, and I’d say they’ve only really had one real dud (6) in the whole line-up. Village might not be the best one but it’s kept me interested enough to give the next a shot.
Ramsey

Inbox also-rans
I don’t think that was their intention but I am now so sick of hearing about Free Guy I’m even less likely to watch it than I was before the marketing kicked up a gear. Go make Deadpool 3 or just take a break!
Boko

Since it’s free I’ve been playing a bit of Pokémon Unite and is it me or is it not half bad? Definitely the best mobile spin-off I’ve seen, I’d recommend people give it a try and see what they think.
Messdang

This week’s Hot Topic
The subject for this weekend’s Inbox was suggested by reader Grackle, who asks what’s your favourite console and video game combo?

By that he means what pairing of game and console do you have the most fondness for? It can be a Nintendo console and a Zelda or Mario, an Xbox and Halo, a Sony console and God Of War – or any other combination you can think of. Which game do you think suits its console so well it seems wrong to play on anything else and if your choice is a third party game why do you feel it matches well with your chosen console and not another?

Please note that due to staff holidays we’ll be running a skeleton crew on Friday, so if you can get your responses (and Reader’s Features) in by Thursday we’d appreciate it.