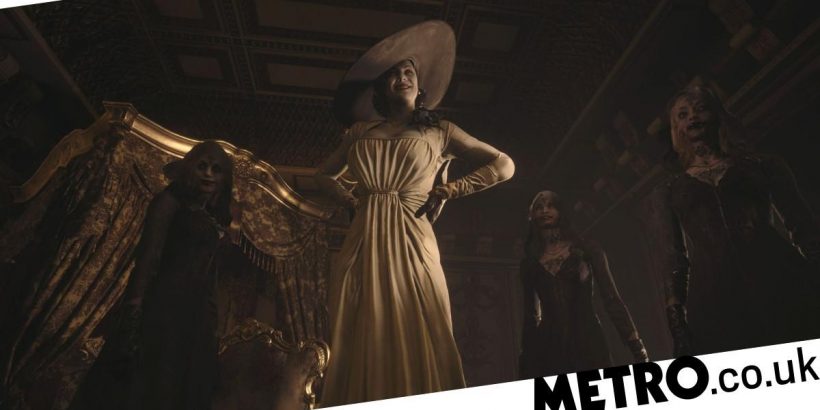 The Friday Inbox is intrigued by Jade Empire 2 and the Zelda: Ocarina Of Time beta, as one reader enjoys The Last Of Us Part 2’s bloat.

From Resident Evil
Really impressed by the Resident Evil Village trailer. The graphics look fantastic and are going to be amazing in VR. I like all the nods to past Resident Evil games too, even if the whole Spencer Mansion thing is kind of overdone at this point. Was I the only one that got Bloodborne vibes from it as well? Both the opening areas of Yharnam and Cainhurst Castle, especially given it’s snowing.

I’m fine with that, Bloodborne was awesome and it’s not as if Capcom is ripping it off. In fact, I’d rather they take inspiration from other games than awkward steals from horror movies like Blair Witch. It makes me wonder though, will there be a Lovecraftian vibe to the game? Like GC,pointed out, there didn’t seem to be much high-tech equipment in the footage so is that just something that comes later or has Resi finally gone supernatural?

I’m not sure it really matters in terms of gameplay but the trailer did its job and sold me on the game. I just wish I had a PlayStation 5 to download the demo and give that a try.
Trespils
PS: Not so impressed by the RE:Verse reveal but then when has multiplayer ever been good for Resident Evil?

Unhappy birthday
Woof… that RE:Verse multiplayer game did not look good. I can buy the idea that maybe it was something Capcom knocked up quick for the 25th anniversary, because the pandemic didn’t allow for anything else, but I think in this case it would’ve been better to do nothing at all.

Or maybe they could’ve just added all the characters to the police station section of Resident Evil 2 remake and turned that into something they could’ve given away free? Something that was actually a survival horror? I don’t really see how anyone’s going to celebrate Resi by playing a bad multiplayer game that doesn’t look or play anything like it.

The good news is that Resident Evil Village looked great. I would’ve preferred third person but other than that I was very impressed by the visuals and the relatively subtle nods to past games. The talkative vampire lady also seemed to suggest that there was still a good amount of cheese to the dialogue, so that’s good.
Coolsbane

Big if
There will be a lot of emails like this, but blimey does Resident Evil VIII look tasty!

I’d planned to upgrade to next gen at some stage in the summer, but 7th of May it is. Provided new consoles are readily available by then…
ANON

The reality is probably that it’s a mix of both, but I was curious and have struggled to google an answer, but didn’t know if you (or a reader) would be able to advise?
Matt (he_who_runs_away – PSN ID)

GC: The point seems moot when nobody can buy them, whether they want to or not, but the PlayStation 5 had the biggest launch of any console in history.

Empire of dreams
I never knew that BioWare had a sequel to Jade Empire all planned out, even if the connection was tenuous. It all sounds pretty ambitious for an Xbox 360 game, I wonder why they decided to go for a more role-playing style for Mass Effect and Dragon Age. Those are great games, so it’s not a problem, but I wonder what caused them to change their mind, other than Jade Empire not doing that well.

I always find abandoned and cancelled games interesting, including things like that beta version of Zelda: Ocarina Of Time. The grass is always greener though, as we imagine how things would’ve been better if things hadn’t been cut, but most of the time you can see exactly why things were taken out and how it’s better as it was.

We always imagine that the thing we haven’t seen must be better than what we did get and that’s as true for games as for movies and anything else. That said there are some things I’d really love to have seen get finished, like Platinum’s Scalebound game. In BioWare’s case though you’ve got to assume they were right about dropping Jade Empire 2. Dragon Age: Origins and Mass Effect 2 were the two best things they’ve done, so I’m glad we got that instead.
Kory

Welcome bloat
I’ve also had the same problem with the comments system and it is to do with the cookie policy. This worked for me using Chrome on Android. Scroll to the bottom of the page and click on ‘Privacy Policy’ then click on the ‘cookie settings’ link, go to ‘2 personalised ads and content’ and switch ‘consent’ to on, save and exit and it should be working again.
magicsquirrel
PS: I have also just finished The Last Of Us Part 2 and after 65 hours (slowest gamer in the world title still intact) I still didn’t want it finish, one man’s bloat and all that.

GC: Strange that so many people should be finishing the game at the same time, we’ve also got a Reader’s Feature about it at the weekend.

Teething troubles
I pre-ordered Hitman 3 on PlayStation 5 (digital) and the launch day has been horrendous. Wasn’t able to carry over progress from Hitman 2 as the site went down. Also not able to get Hitman 2 levels to work in Hitman 3. I own the Hitman 2 disc version on PlayStation 4. From what I can see online I need to load up Hitman 2 to get the free access pack to then be able to download it in Hitman 3? But there is no access pack in the store on Hitman 2.

Then on top of all this I couldn’t connect to servers so couldn’t play the game due to the need to be connected online to unlock challenges.

Any advice on how I can transfer over my Hitman 2 levels to Hitman 3?
Omen66

GC: They seem to have fixed the problems now, this should explain everything.

Seen on TV
There is a really interesting documentary on BBC3 titled Gaming and Me. It’s only 32 minutes long, so isn’t a big investment. It looks at a lot of the positive aspects of gaming today.

There is also a five-part documentary that is on late Wednesday evening on BBC1 about the progress of an esports team that’s called Fight for First.
Chaosphere616

No explanation
I’d like to believe Valve is going back to making ‘proper’ games but I don’t think anything Gabe Newell has said about making new games in the last 10 years has ever been reliable. Probably because they keep changing their mind, rather than lying, but even so. Most important to me, he’s never explained why Valve stopped making games.

I will be first in line to pre-order Half-Life 3 or Portal 3 or whatever but what upsets me is all this wasted time. We’ve basically lost out on a decade of Valve games for no good reason that I can understand. It’s their business of course, and clearly they make much more money from Steam, but I don’t see how the game developers at Valve have anything to do with that, so I’m happy that at last they’re being let out to play.
Morri

Inbox also-rans
I see where already at the number wars stage of comparing Xbox Series X to PlayStation 5. Where meaningless differences that nobody can spot just by looking at them are turned into internet shouting matches. 4K vs. 1800p is so trivial it’s funny. Or 60fps vs. 50fps. The generations go by but gaming never changes!
Coop

Bit late to the party but that Monster Hunter Rise demo was really impressive. I can see this being huge in Japan and it does seem comparable to World in terms of complexity and even graphics. Nice job.
Phantom Stranger

This week’s Hot Topic
The subject for this weekend’s Inbox was suggested by reader Gannet, who asks what do you find the most annoying cliché in gaming?

The cliché can be anything from gameplay mechanics (forced stealth missions) to game design (climbing up a radio tower) to character and story moments (amnesia in Japanese role-playing games) to anything else that annoys you, from marketing to voiceovers.

Is the problem because the concept is overused or that you didn’t think it was very good to begin with? Which cliché do you secretly enjoy and hope never goes away?