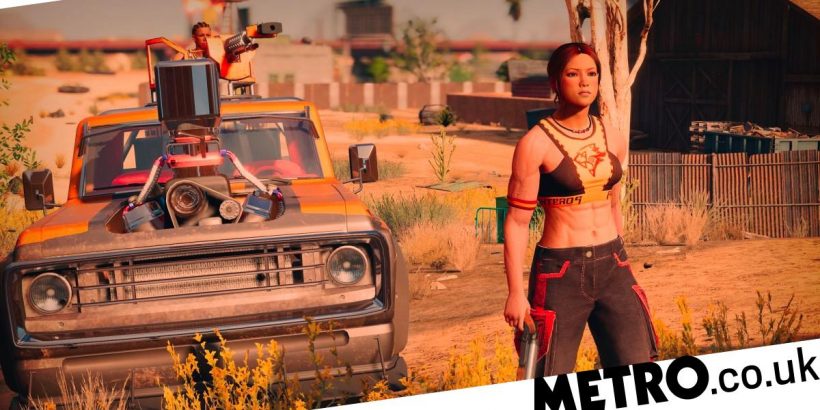 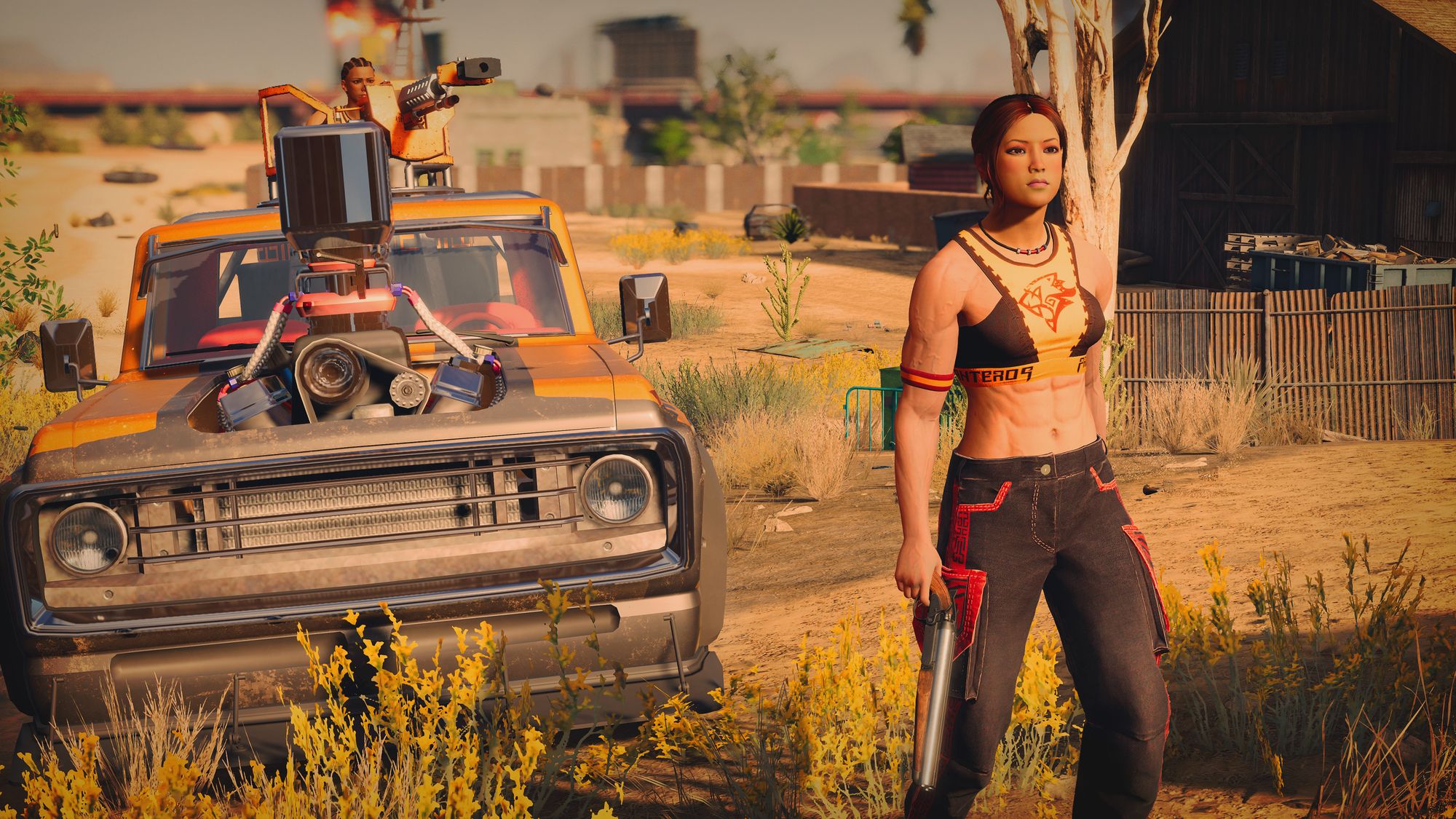 The Monday letters page wonders why open world games haven’t gone out of fashion, as another reader casts doubt on Sonic Frontiers.

Buyer’s remorse
It’s my fault for not cancelling the pre-order but as a big fan of Saints Row in the past I was looking forward to the reboot and I guess I just didn’t want to believe the bad press. Having played it over the course of the weekend (and already having beaten the story campaign) I have to admit that it deserves the low scores. This game stinks.

For starters, it’s clearly not finished and is far more buggy than any of the other games. I expect YouTube is going to be filled with funny glitches videos over the next few days, but I can tell you I never laughed at it. The driving is just terrible, there’s no weight to anything and your cars are always basically invincible, so who cares if you crash?

The missions get really boring too. There’s none of the funny scenarios that the old games used to have, just everything boils down to fighting a big group of dumb enemies. The worse thing though is the characters, which is one thing I was worried about anyway, but they really are completely unlikeable douchebags. You can customise your main character, but you’ve got no choice but to hang around with these awful hipsters for the whole game.

At least I’m glad I bought a physical copy, but I get the feeling it’s not going to go for much on the second-hand market. For me, this is easily the worst game of 2022.
Telos

Gag Removing Day
Rockstar not letting people taking about GTA 6 is wild, I had no idea that was a thing they did. Is there going to be a big ‘You can talk about it now’ unveiling in a year or something?

Of course it doesn’t stop anyone talking about it outside of official Rockstar places but I do agree that it kind of implies the game isn’t coming out any time soon. If it was a year or so away they’d want people to start hyping it up as much as possible, but it seems to me we’ve got a much longer wait then that.

The way I always think of it, I don’t care how long a game takes, the important thing is whether it’s worth the wait. Although of course the long you wait the bigger the expection…
Bradley

Everything but the games
So Sega are copy and pasting the layouts of old levels and calling them new ones in Sonic Frontiers? I never paid much attention to the Sonic cycle before but now I see it turning in real-time! First everyone thought the game looked promising, then they started adding more characters, and now it looks like it’s going to be the usual disaster.

Well, maybe not a disaster exactly, but this is clearly not going to be Sonic’s Breath Of The Wild moment, no matter how much they might want to make the connection.

As someone that has fond memories of the originals, and hasn’t really cared that much about the new games in a long while, I kind of like the perversity that everything about Sonic is really popular except the games. Maybe that’s the secret of his success, somehow.
Casper

Day one exceptions
After Magnumstache’s recent Inbox letter about subscription services and triple-A games vs. indies I’d like to ask which games are people planning to buy at full price on release day?

This year I have only bought Elden Ring and Thymesia on release day. For the rest of the year, I plan to buy Call Of Duty and The Callisto Protocol.

I have played and completed lots of games this year (just in the last two months Scarlet Nexus, Sifu, and Dying Light 2) but I buy most things for cheap on eBay, trade in at CeX or if it’s on sale on store.
TommyFatFingers

GC: Why are you already planning to buy games at full price when you don’t know if they’re any good or not? Especially if you’re usually much more cautious.

Losing control
I’m not surprised to see people so upset about the PlayStation 5 price rise. I already have mine, but I’d be furious if I’d been caught up on this pre-Christmas hike. Especially as we’re clearly paying for America to get by with no change.

As an owner I’m not exactly doing cartwheels at the moment either. I couldn’t care less about a Last Of Us remake and while I’m sure God Of War Ragnarök will be great a little proof of that assumption would be nice.

Whatever plan Sony think they’re following at the moment I don’t think it’s a winner. It’s always been said that no-one wins a generation, somebody loses it. I think that’s in danger of happening again, even if Sony did have an early lead.
Kapek

The last collectathon
So, a surprisingly good showing for Dead Island 2 in its new debut. I would’ve bet on that being another Saints Row style disappointment but it looked really good. At the same time it immediately made me think of the reader who was saying that zombies seem like old hat now and I agree. There was something really old fashioned about that Dead Island 2 reveal, even though the graphics looked good and everything was pretty impressive.

Also made me think of how rare first person shooters are nowadays. Halo and Call Of Duty are still trucking along, kind of, but they feel like the last remnants of a once great empire. Every idea has its day, and you don’t want to be the last one still following the old trends.

Makes me wonder what might be next. Based on how long it’s been around I would’ve said open world games but as the Hot Topic said, that’s not really a single type of game, it’s just a setting for whatever you want to make. That said though, I would say that the Ubisoft style collectathon open world game is definitely past its sell by date.

Elden Ring works in a completely different way and Zelda: Breath Of The Wild 2 clearly does as well. But just because they’re successful I don’t think you can any longer just make your game open world and expect it to be successful. And that’s a pretty healthy and positive place to be if you ask me.
Dockleaf

The original apocalypse
I’ve gone back to finish Mad Max on the PlayStation 4 and have really been enjoying it. Then I noticed Rage 2 and it made me wonder, was this originally going to be a Mad Max sequel?

Because that would have made much more sense than making a sequel to one of the most disappointing games ever made, Rage.
EvilMoomin

GC: The original was heavily influenced by Mad Max as well. In fact, it’s hard to think of any sci-fi themed post-apocalyptic game that doesn’t owe a debt to the films.

Getting the boot
Shame about Saints Row-boot. Okay, there was every chance it could end up being a turkey. But there really was no excuse for it, was there? Saints Row 4 got a 7 out of 10 from you guys, didn’t it? Edge even generously gave it an 8! I also leant more generously. It was a very fun game. But they didn’t keep that momentum going!

The end of 4 hinted that time travel could be on the cards and that I might be riding on dinosaurs with Jane Austen! How fun could that have been! But then, that would have taken a lot of ambition. And maybe Volition don’t have that? Or they were scared off by a small, but loud, contingent of the fanbase that said ‘Oh, it’s too silly now,’ despite that giving Saints Row its much-needed identity. If you’re going in the right direction, keep going in the right direction – know what I mean?

Ah well, saved a few coins though. I’ll echo what another reader says and wait for it to come to PSN’s free games of the month. Which I imagine could be fairly soon.

How about Soul Hackers 2, though? Could that be interesting?
DMR

GC: Our review copy arrived late but we should have a review up in the next day or two.

Inbox also-rans
30 years of Mario Kart is a crazy thing to think about. Normally saying it’s the same game every time is a bad thing but in this case it just goes to prove how great that formula is. Can’t wait till the next one!
Llewellyn

Do we really need a BioShock movie? Is it going to be super accurate by ensuring the last 10 minutes are completely terrible? How are they going to make the big twist at the halfway point work, would you kindly tell me?
Focus

This week’s Hot Topic
The subject for this weekend’s Inbox was suggested by reader Pinky, who asks what do you do when you’re stuck in a video game?

As technology has changed so too has the way people cope with difficult games, either because they’re stuck by a puzzle, don’t know where to go, or simply because it’s too hard. So what do you usually do? Do you look for text-based help online, watch a video, ask a friend, or something else?

Do you still buy physical guides and if so, is that primarily for help playing the game or more as a collector’s item?