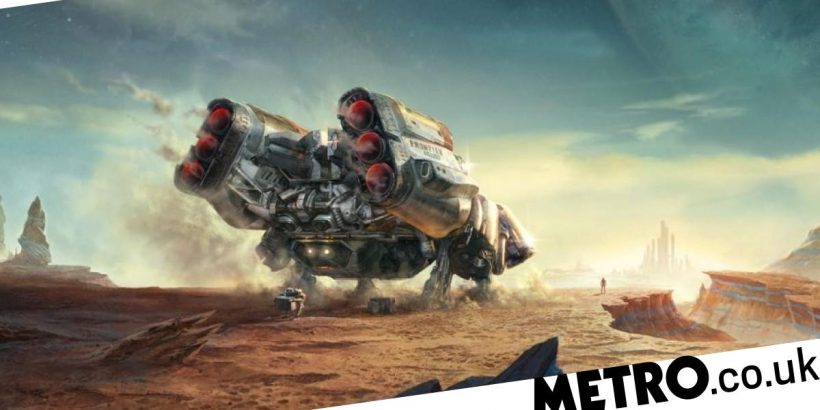 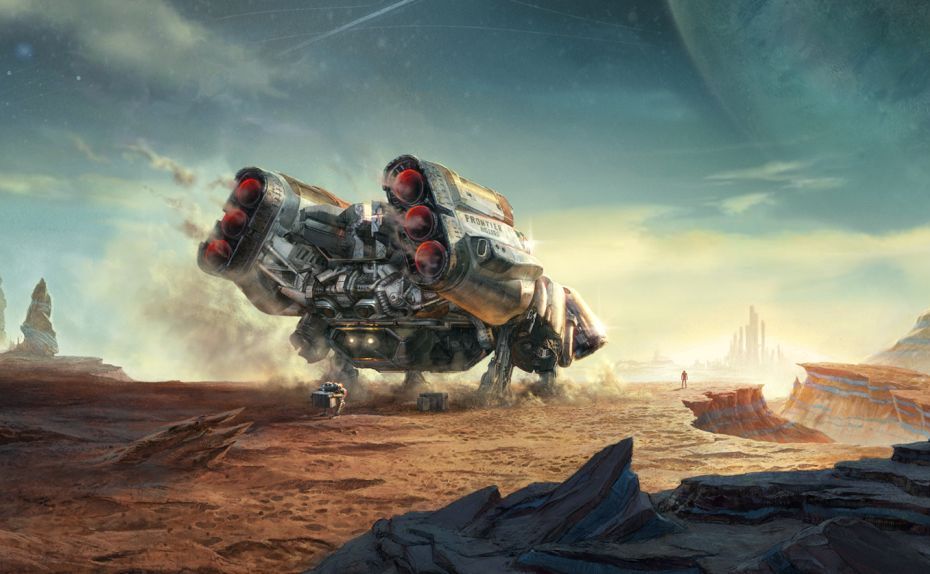 The Thursday letters page tries to work out why the new Fire Emblem hasn’t been released yet, as one reader talks FromSoftware ladders.

The legacy of Starfield
I’m sure there are lots of people that are already convinced that Starfield is either amazing or the worst thing ever but personally I really have no idea how it’s going to turn out, and I’d say that’s a pretty common opinion.

I don’t trust Bethesda one bit when it comes to the tech side of things, as they’ve dragged their heels over better graphics and physics (and less bugs) for years. Their storytelling can also be suspect, but they do know how to make a good open world. In fact, I’d probably say they were the best at it, at least in terms of Western companies.

I’m not sure what to make of the space combat though. I can’t put my finger on it but there’s something about it that feels a bit off, like it isn’t going to be that fun. It’s not that great in No Man’s Sky either, which is the game most people seem to be comparing it to. I’m not sure why, considering they’re very different games and I at least think Starfield is going to be better than that.

But I don’t know, I haven’t played it, nobody has outside of Bethesda. I would say I’m definitely interested but I have a feeling this is a game that’s going to split opinion and it’ll be a long time after it’s out before we fully understand its legacy.
Heldin

Long term planning
I’m not sure why Bethesda even bothered saying that Fallout 5 is their next game after The Elder Scrolls 6, considering they barely even seem to have started on it. I mean, Todd Howard is in his early 50s now so he’s going to be around 60 before Fallout 5 has any chance of coming out and, let’s face it, their games are always delayed a bunch of times.

I do wonder what’s going to happen when a lot of these old school developers finally retire. I know Miyamoto has been training up a newer generation for decades now but when he goes it’s still going to be a massive blow. Not only that, but every tiny mistake or minor disappointment – let alone any big failures – is instantly going to be blamed on his absence, even though I don’t think he’s worked as a director on a game for years.

I doubt Todd Howard does much hands on work either, but they’re probably more frustrated than anyone that games take so long to make nowadays. I’m surprised they don’t all quit to go work on indie games or something (I’m not surprised).
Castron

Held in reserve
So the leaked Fire Emblem game definitely seems to be true but… I don’t get it? Why was the game held back for so long? Why didn’t Nintendo just release it when it was done? Why haven’t they ever announced it before? There hasn’t been a while so it’s not that it would’ve interfered with another and if it’s been finished for a year it’s obviously not because of the Dynasty Warrior spin-off.

I know Nintendo are weird but this seems odd even by their standards. The speed with which it was made though, if it really has been finished for all this time, is kind of worrying though and suggests it’s not going to be much of an upgrade on the last one.

That’s a shame as I’d love to see a big budget Fire Emblem, but I get the feeling Nintendo would never do that no matter how popular it gets.
Cole Slaw

GC: The only thing we can think of is that Nintendo didn’t think it was good enough, but so far there’s been no suggestion that’s the case.

You gotta believe
I understand all the points raised, explaining why the Resident Evil 4 remake isn’t the best idea. Why not just focus on a brand new Resi, it’s a classic of its time that’ll not work now, it’ll change too much and lose the essence of what made the original great, insufficient cheese, etc. All valid points and they could turn out to be accurate. However, I think there’s just as much reason for optimism.

The remakes/remasters of Resident Evil 1, 2, and 3 were great, great, and good, respectively. Resident Evil 2 remake, I would say, is utterly fantastic and the most fun I’ve ever had with the series (alongside Resi 4). Village was also great fun. I’ve never played 7 but by most accounts it is also a great fun time.

I’m generally a fan of replaying my favourite games and I’m always happy for an excuse to do so, which perhaps makes me biased. It also seems I liked Resident Evil 3 more than most it seems. I’ll need to wrap this up because I feel like I’ve written Resident Evil too many times in three short paragraphs… but yeah, I just think there’s reason to believe Resident Evil 4 remake will be good.
deckscrubber02

Come back later
Supraland is the free game on Epic Store from 4pm on Thursday. It hasn’t been given away before.

You can pre-order a physical copy of the new Teenage Mutant Ninja Turtles game now and on Friday Tetris Connected is also up for pre-order as a physical release on Limited Run Games. I was going to get the PlayStation 4 version, which includes the VR version. Just to warn people it is only a pre-order and you don’t get the game until it is manufactured in four to five months’ time. They take the money when you pre-order, but I have never had a problem with this system. The pre-orders are available for one month.
Andrew J.
PS: The Elder Scrolls: Chapter 2 – Daggerfall Unity is free on GOG currently.

Modern street fighting
Nice review of the new Teenage Mutant Ninja Turtles, although I’m a disappointed to find out that it doesn’t avoid any of the, I would’ve thought, obvious pitfalls. I would love if Dotemu did make a brand new game that was totally modernised and not based on nostalgia, because I do feel that is holding things back now. If they did a Streets Of Rage 5 would that also be retro style? I feel by that point they should be trying to move things on.

The problem is that would be a big financial risk so I can’t see a small company like Dotemu doing it without a lot of funding from a major publisher, which… I think is very unlikely to happen.

I do feel the scrolling beat ‘em-up has plenty of potential for a modern reimagining though and I’m curious to see what Capcom does with the open world sections of Street Fighter 6. In my mind they’d basically be Final Fight but where you can play as any character, although I have a feeling they’ll just be little areas where you pick one-on-one fights. I hope there’s a bit more to it than that though and that they’ll get the idea to expand things in an imaginative way.
Duoleg

Crossing the gen
I know each new console generation cycle takes a long time to truly become a proper next gen experience but I’m still waiting for my next Witcher 3 moment.

Switching back
I was incredibly excited when I purchased an Xbox Series X a few months ago, to discover after two weeks I was back playing my Switch… it went back (I didn’t scalp). I’ve said before and defended Gran Turismo 7, which I was very excited about and bought a PlayStation 5 for. I’ve played a lot, but as a console experience it isn’t grabbing me. Elden Ring just isn’t working for me. I appreciate everything about it and have given it a strong 15 or so hours, but I found myself yearning to replay Zelda: Breath Of The Wild.

The point of this is I personally think, gameplay-wise, the Switch has dominated. For indie games it’s the absolute ideal format and apart from driving games there isn’t much that you’d hanker for, provided that you can stomach Nintendo’s way of doing things. Isn’t Splatoon 2 the best shooter of the admittedly mixed generation? Games are supposed to be fun. Starfield and Elden Ring very much have a place but don’t we need to perhaps tighten things up, before we are left with an industry that is reliant on sequels and IPs for big budget products which lose shine because of overcomplexity and underwhelming actual gaming?

I want to stress, whilst Nintendo are a golden vein of my gaming since the NES (though I’d argue that my Sinclair Spectrum and CPC464 were awesome bits of kit), I’ve had pretty much every console and this is the first time where offerings from the mainstream manufacturers have left me cold, as Microsoft and Sony have.

By the way, the games I’m most excited for Advance Wars, F-Zero GX Deluxe (sprinkle of Inbox magic maybe) and possibly Forza Motorsport. Oh, and whoever mentioned Bamboozle… they were the days!
team_catcave

GC: Those are odd examples to use: a racing sim and two brand new IPs, one of which isn’t out yet.

Inbox also-rans
NFTs, microtransactions, and similar nonsenses… pfft. The devil take them all and enough of such hocus pocus, smoke and mirrors, and similar malarkies. Let’s talk ladders. FromSoftware do the best ladders, indisputably. They all appear well made, with good tight binding and I particularly like how each foot feels solid on each rung, whether ascending or descending.
Chevy Malibu (PSN ID)

Beating an Elden Ring boss with a harp?! I was stuck for days on that boss. It feels like rubbing it in to be honest.
Leonidas

This week’s Hot Topic
The subject for this weekend’s Inbox was suggested by reader Kipin, who asks what is your favourite video game reveal or announcement?

We’re currently right in the middle of preview season and even though it’s less busy than usual there are still a lot of games being announced for the first time, but which have been your favourite reveals through the years and why?

How excited do you get by a new announcement and how much does that depend on whether it’s just a logo, a pre-rendered trailer, or actual gameplay? Do you enjoy the whole preview and hype circus or do you prefer not to get involved?