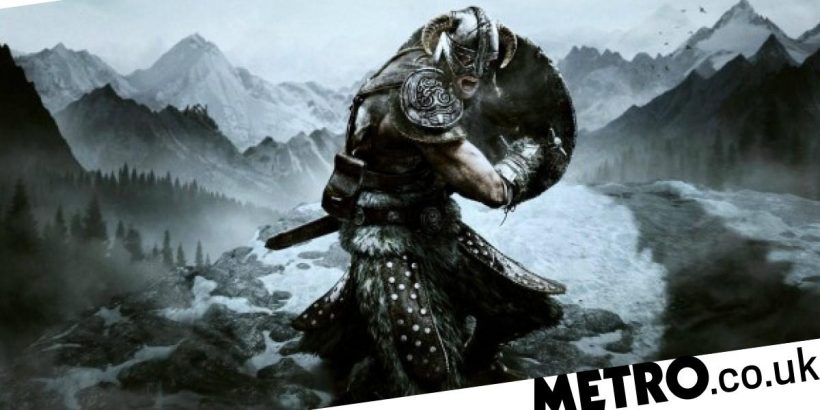 The Tuesday Inbox agrees that PS5 exclusive Returnal is one of the best games of the year, as one reader recommends High Score on Netflix.

No more remasters
A very honest review of Skyrim by GC, although I think the issue is not whether or not the game deserves its classic status but whether it deserves to be kept in this perpetual undead state, dragged out of its coffin every other year for another remaster or VR version or whatever. Skyrim was a classic and absolutely deserved every accolade it got in 2011 but it’s 10 years later now and naturally it’s looking less impressive now, especially things like the melee combat and facial animation that were below par already.

I don’t want to have a go at the game though, as I have a lot of happy memories of playing it and I don’t know why we’re going to go 15-odd years without a sequel. The very least Bethesda could’ve done is give the game a proper remake after all this time, not just a remaster that relies almost entirely, as far as I can see, for fans for its new content.

I don’t especially want to have a go at Bethesda either, or at least not them anymore than others, especially Rockstar. I mean, at least the remaster of Skyrim is only lazy. The GTA one is both lazy and broken! Seriously, companies have got to stop this. People talk about Rockstar losing their reputation but even Nintendo has been at it, with the ultra lazy Super Mario 3D All-Stars compilation.

If a company wants to take the time and make a high quality remaster or remake, something like Demon’s Souls on PlayStation 5, then fine, sounds great. But these low rent rehashes of classic games have got to stop. It’s insulting to gamers, the original developers, and the games themselves.
Casper

Drive for efficiency
I would like to respond to Tim’s letter in Friday’s inbox.

I use a standard 2TB hard drive to complement my internal SSD drive.

Games I am playing regularly are stored on the internal and things I might want to return to but don’t want the long download time for are stored on the external drive. I then just use the move function to swap about as required. While not perfect, as some games can take a while to swap over, it is still far quicker than downloading a game from scratch.

It also works well for storing Xbox One games and running them off the external hard drive, keeping the space clear on the SSD.
Dirtystopout
PS: Did you get my Reader’s Feature on my time with Dark Souls 3? Was really hoping to see that and hear what others thought.

GC: We did, but we always have to give precedence to more time sensitive Reader’s Feature.

It’s a history
OK, this isn’t new but I’m just watching High Score on Netflix again and enjoying it just as much second time around as I did last year.

If there’s anybody here who hasn’t watched it yet (probably not many) it really is a must see. Narrated by Charles Martinet, it’s a six-part series charting the history of video games. It is skewed towards the American market, but it really is great.
fman00

GC: Charles Martinet is the voice of Mario, for those who don’t know. We haven’t seen the show, but we can only assume he doesn’t do the accent.

Plane sailing
Just writing in to say I really am enjoying GTA: San Andreas on my Xbox One X via Game Pass. Though it was mainly Vice City I wanted to play, I thought £50-60 (depending on console) was a bit too much money for this collection. Then add in that San Andreas was on Game Pass, it makes it £50-60 for just the two other games. It does seem rather a big mistake not to have allowed you to buy them for £20 each.

I see many people are unhappy at the quality of the games; I can only speak for San Andreas but I think they have just the right amount of graphical and gameplay improvements. The only major problems I’ve encountered are severe stutters during checkpoint races, and the weird way you can see the whole map from a plane. They really should have put in some haze.

I read somewhere that it actually uses the Unreal Engine now. I am amazed that you can port an entire game do a different engine 20 years after it was originally made. I saw a video once of a guy doing the same thing with The Simpsons: Hit & Run and he didn’t even have the source code. What a time to be alive.
EvilMoomin
PS: The car handling in the GTA trilogy is perfect, and I won’t have a bad word said about it. The planes on the other hand…

Relatively glitch free
I am a 50-something gamer so think that I have a few miles under my belt, but I don’t know whether I am alone in this but I am loving GTA. I played the original and, for me, this is just spruced up enough without deviating away from the original game.

I have played for hours and had one glitch, so I don’t know whether there’s some rabid bandwagon jumping going on here.
Atomicbud (gamertag)

GC: Perhaps you’re not counting more minor glitches, because that certainly doesn’t match with our experience.

This is not the end
It looks like Rockstar Games have ensured the early days of the beginning of the end of its company after the disastrous GTA Trilogy Definitive Edition launch. Already the game has been cracked as well as modded and it has now been proven that Rockstar have left all of the modding tools in the game, as well as songs not removed from the game.

Fortunately those on PC can still play the game with a workaround as demonstrated in this video. I just hope that Rockstar will now be fixing these issues as well as asking Grove Street Games to provide a patch ASAP and fix various issues with this game.

For all these things to go wrong at launch for one of Rockstar’s most popular trilogies is just embarrassing to say the least and could very well have ensured the beginning of the end of its multi-billion pound company for allowing something like this to happen.
gaz be rotten (gamertag)

GC: That’s not going to happen.

Returnal again and again
Just want to sing my praises for Returnal, that game brings back the unputdownable feeling when playing. I also noticed that when not playing I was thinking about the game, which hasn’t happened for a long time, especially a single-player game.

So thanks for recommending it Metro team, keep up the good work. If anyone is on the fence on whether to try it give it a go or not I would say go for it and now that you can save mid-run it’s not as hard as it first was. That may have dialled the tension down but it’s great stuff. But yeah, it’s up there with my favourite games, perfect mix of good design and great gameplay which for me is what it’s all about.
Carlos

Story limits
Just finished Metroid Dread over the weekend and have to say that my initial impressions of the game hasn’t changed much, that it’s still an excellent game. I still don’t understand the complaints of having a more in-depth story. The story was fine and serviceable for a Metroid game. This raises the question of what people really expect when it comes to plot, storyline and dialogue in video games.

I don’t expect much and to be honest I haven’t seen much quality to suggest otherwise. If I want better storylines and dialogue I would rather watch a movie, read a book or watch a TV program which are better mediums to convey dialogue and story.

The game should be criticised for dodgy controls when jumping, as doing the screw attack wouldn’t be activated at times and the shine spark was fiddly. Speaking of controls the default button config led to hand cramps trying to fire the rockets at a specific angles, I know I should have changed it but I got so used to it and it was affecting me mainly in boss fights. And why oh why do we get QTEs in boss fights? It’s so infuriating. This isn’t just for Dread but any game. You mistime one QTE and end up losing a big chunk of energy.
Alek Kazam
PS: Can I add that the Flash Shift move has to be one of the coolest moves ever in gaming. Is there a move better than this?

Inbox also-rans
In relation to my message last Thursday, about the Epic Games Store free game, they have also added another free game, which is Tiny Tina’s Assault On Dragon Keep: A Wonderlands One-Shot Adventure. It’s available until 4pm on Thursday. 18th November. Grab it while you can.
Andrew J.

Rockstar didn’t think to take the Hot Coffee code out of the remaster? Was this whole thing rushed out I na couple of days? I know it feels like that, but seriously how was that not the first thing they did and then they double-checked it a hundred times? I’ve seriously lost respect for Rockstar after all this.
Cameron

This week’s Hot Topic
The subject for this weekend’s Inbox was suggested by reader Helix, who asks what’s the most disappointed you’ve been by a video game at launch?

It’s easy to get yourself hyped up for a big new release but which one ended up with you being the most disgruntled and why? Was the game not what you expected, and do you feel it was misrepresented by its marketing or reviews?

If there were technical problems at launch how severe were they and how quickly were they fixed? How tolerant are you of launch day issues and how have you adapted to the idea that many games don’t work properly when they first come out?