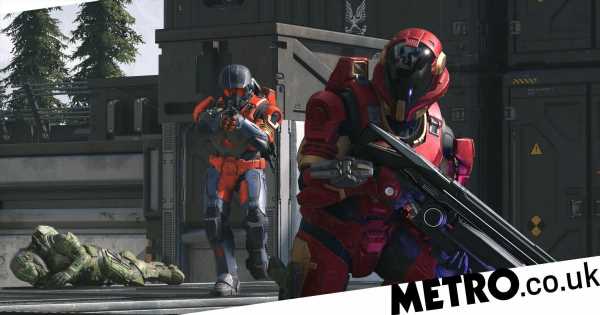 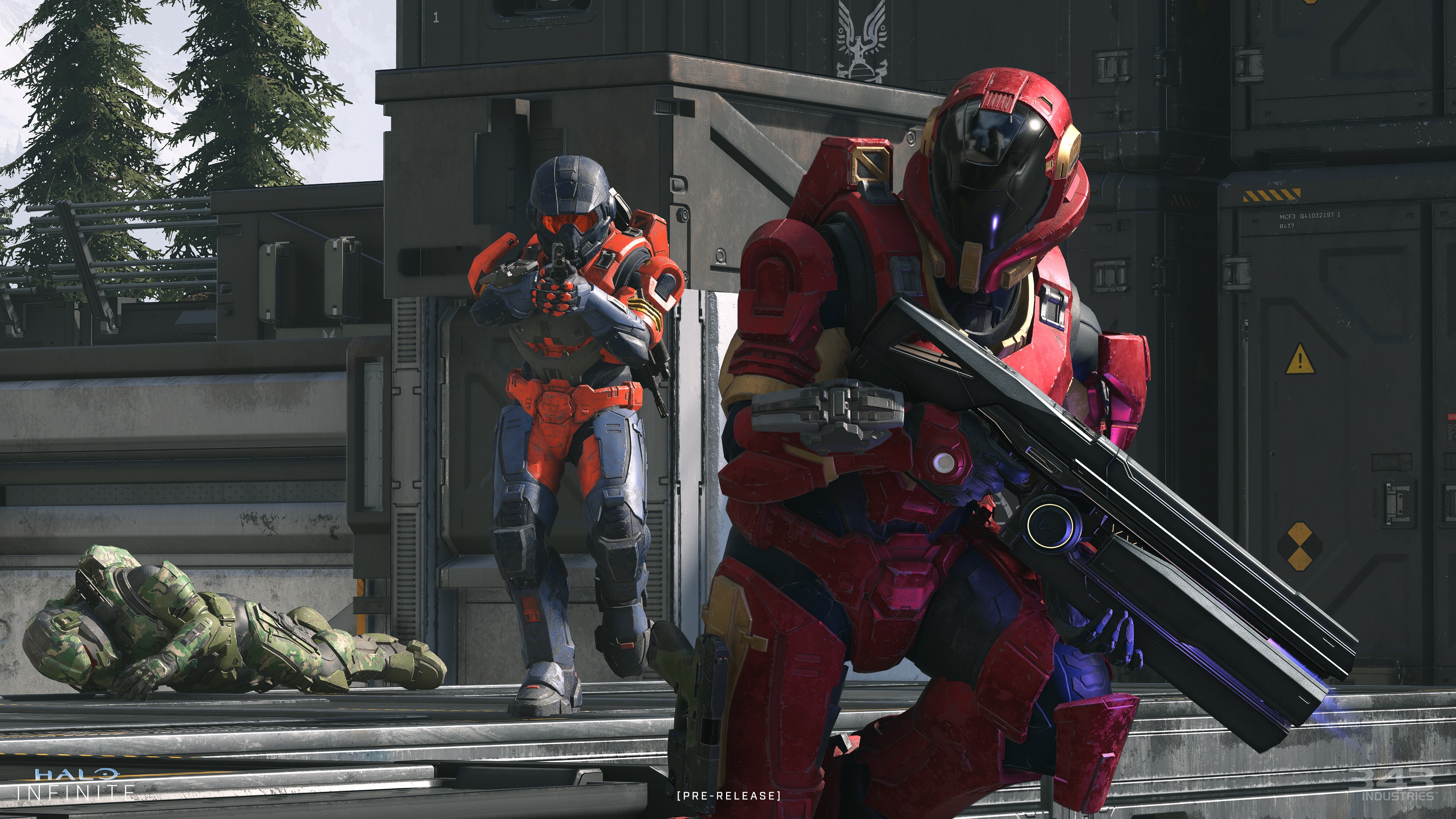 The Tuesday Inbox thinks that Battlefield 2042 is going to outsell Call Of Duty this year, as one reader is pessimistic about GTA 6 Online.

20 years of improvement
I can imagine Halo Infinite multiplayer will probably please fans but I have severe doubts as to whether it’ll be as big as some people seem to think. It’s free, obviously, but so is the whole game if you’ve got Game Pass, which at this point I’m going to assume is the majority of Xbox owners.

The only thing we’ve seen of the story campaign is the disaster from last year and I’m assuming they’re not completely redesigning it, they’re just making the graphics non-embarrassing. If you’d gone back and asked me what I imagined Halo would like in 20 years’ time then I wouldn’t be saying the exact same thing but with shinier graphics.

I’d be thinking giant open world environments with tons of vehicles and perfect physics, and this doesn’t seem to be doing that at all. If anything Battlefield 2042 seems closer to that. Maybe it could be good, I’m not against the idea, but Microsoft has got a whole lot of convincing to do and not much time to do it. Assuming that doughnut was right about the release date.
Tasker

Destined to be forgotten
I don’t know if those readers playing through the whole Metroid series realise but it’s the 35th anniversary of the franchise on Friday. Given they never mentioned Donkey Kong’s 40th I’m assuming Nintendo will definitely ignore this one. Although since they have got Metroid Dread to promote maybe there will be something. It’d probably be the first time Samus got preferential treatment over Mario.

It truly is a great franchise and I don’t feel it’s got a true dud except for Other M. Fusion probably is the worst of the 2D games but it’s still good and so are the two Prime sequels, even if they’re nowhere near as good as the first.

My biggest hope for the 35th anniversary would be some kind of hint as to what is going on with Metroid Prime 4, but I can’t see that happening as Nintendo would probably view it as taking attention away from Dread. So happy birthday Samus, even though it probably won’t be!
Soupy

Labour of love
I would just like to add to the praise for Death’s Door, which I have just finished and thoroughly enjoy. It’s true it’s not very original and technically the graphics aren’t that great but I loved every minute of it. Clever, fun, unpredictable, and doesn’t outstay it’s welcome. I suppose it’s what would be regarded as AA game but I’ve had more fun with it than any AAA game this year.

Indie games aren’t always about originality, so many of them are Metroidvanias or platformers of some kind, but what is always the same about them is that they’ve been made with love. These people want to make money of course, they’ve got to make a living, but I can’t imagine you decide to be an indie developer because that seems like the best and easiest way to make a living.

Sure, you might make a Minecraft and suddenly become a billionaire out of nowhere but for everyone else it seems to be a labour of love and I respect that. Not that I’m sure developers on bigger games don’t put their heart and soul into it too, but once you’re at a big company you’ve got all the corporate demands and sleaze that interferes with it all – just like we’ve seen with Activision and Ubisoft recently.
Donnie

The end of history
Good feature at the weekend about GTA, but the thing is you know when GTA 6 comes out it’s going to be the same as GTA 5 Online, they will bring out the same jobs. The problem is they have brought everything out they can for GTA. They have done bank jobs, casinos, buying penthouses, boats, and all that so for me GTA Online killed the game.

I haven’t played the game for about four years, so there is a lot more that’s been added and you know full well GTA 6 will come out but other than a few changes it will be GTA 5. And now it’s coming out on PlayStation 5/Xbox Series X so updates will be fast, but will it be old missions? If it’s changed much I’ll eat my controller and that goes for GTA 6 as well.
David

For a good time
Was delighted my Reader’s Feature was used at the weekend. Also, great to see some positive responses to it in the Underbox and the Inbox. I think I could have rambled on about both consoles a lot more but did try to keep it as succinct as possible. If anyone can grab a PlayStation 5 then absolutely go for it, it’s a great piece of kit and the future will be very bright – and already there is some top games on it.

I just think the Xbox Series S is a great little option and far more obtainable. If you’re not caught up in tech and specs and just want to have a good time with a next gen feel then I absolutely recommend it. I didn’t also mention, but the quick resume feature is fantastic also. A few button presses from switching on the console and your back in exactly where you left off.

Can I also say, keep up the good work GC. You’re one of the few sites that just gives totally unbiased opinion and tells it how it is. I read a lot of sites and view a lot of YouTubers but always come back here for the honest view. Happy gaming everyone!
acantley1985 (gamertag/PSN ID)

The perfect chance
Lots of people have talked about it but I’m going to call it: Battlefield 2042 will outsell the new Call Of Duty this year. EA has, largely by accident, got themselves the perfect storm where Activision is at an absolute low point in terms of the company, with all this harassment business, and in terms of Call Of Duty itself. Even Warzone seems to be at a low ebb at the moment, even if I doubt that’ll probably last.

Add in that Battlefield 2042 is looking really good, which obviously isn’t an accident, and I really think EA has nailed it. I know I’ll be getting the game and they still haven’t unveiled the third mode already. If they can show good support post-launch and not turn super arrogant the second they’re in the lead (which they probably will) then Battlefield will be almost like a new franchise.

If Call Of Duty still wins I’ll be disappointed, unless it’s because it’s super amazing, because it’ll mean that brand name is unbeatable and it doesn’t matter how good you are when trying to go up against it. I feel that probably is true but there’s a chink in the armour this year and I’m rooting for Battlefield.
Korbie

Slow return
Nice to hear you’ve been to your first post-lockdown press event, GC. I hope you kept safe. Not much to learn about the Switch OLED but I agree it sounds a decent enough upgrade for those that only have a Switch Lite or are getting one new.

I’m more interested to know if there’ll be more preview events in the future though, as I’ve really missed the build up to a game’s release and proper developer interviews. It’d also be a sign that things were getting far enough back to normal that developers had time for such things.
Cubby

GC: There’s whispers of more this month or next but nothing concrete at the moment, just more online events.

Fair comment
Oh, Lordo. Poor, sweet, ignorant Lordo. And I mean that he doesn’t know, not that he’s a horrible bigot. I’m a little surprised you didn’t jump in yourselves to defend the genre’s honour when he said that there has been no ‘meaningful innovation’ since Street Fighter 2. Um, what?

Interactive arenas in Mortal Kombat 3? Weapons-based combat in Soul Blade? (Or did Toshinden do that first?) Amazing single-player campaigns in the first two Soulcaliburs? Eight-way run in Soulcalibur? Fully three-dimensional fighting in the Power Stone games? Multiple fighting styles that you could switch between in Mortal Kombats 5 and 6? Okay, that didn’t work very well – but still a meaningful innovation!

Then there’s smaller stuff like the revenge gauge in Street Fighter 4 or tagging your moves since… the first Injustice game – I think?

The big problem is, developers seem to ignore the fact that fighting games will never be as big as Fortnite or Fall Guys or Call Of Duty. One, because you can only have two players at a time and two, the barrier for entry is too high for a lot of people. You can say that anybody can pick up Street Fighter 4 or Soulcalibur 2 – but can they? Really? They still need to be told by a more experienced player which button does what and how to pull off a few moves. They are, relatively, quite complex.

As such, it’s left for the single-player to justify the price tag and provide much of the longevity. And the genre is doing very little to dispel the popular notion that fighting games are a rental genre. Or rather, as renting is no longer possible, a weekend genre. Since the first Injustice game, while the story modes have been getting better, the rest of NetherRealm’s single-player content has been getting much worse. Super Smash Bros. Brawl and Ultimate are okay, decent – but would you want to play through it twice? Now that’s the real test, isn’t it?

I’m struggling to get through Ultimate’s campaign just the once – I’m pretty sure I’d never want to go through it again. The first two Soulcalibur games on the other hand? Oh, absolutely…
DMR

GC: As a non-fan’s point of view, his comments seemed reasonable to us. Power Stone and Super Smash Bros. are the only ones you mentioned that are doing anything substantially different to Street Fighter 2 and yet their reward is that many fans don’t consider them to be ‘real’ fighting games.

Inbox also-rans
If anyone ever wondered how a Gears Of War film would look then check out Chris Pratt’s Amazon film The Tomorrow War. It is almost point for point the plot of Gears. I can’t say too much for spoilers but it wasn’t a dreadful way to spend a few hours.
Bobwallett

Since when can ads on Facebook not be political? Does that mean if a film is a political thriller – which is totally a thing – they can show ads for it? Or does big brother approve of those?
Dustin

This week’s Hot Topic
The subject for this weekend’s Inbox was suggested by reader Julian, who asks whether you’ve ever been reminded of a game by something mundane in real-life?

His examples include car journeys reminiscent of driving games and summer holidays that make you think of Far Cry, but it can be anything from a location being similar to a game to some small detail about an in-game object or gadget.

Was it just a one-off or have you had it happen a lot, and has it happened more as game graphics have become more realistic?