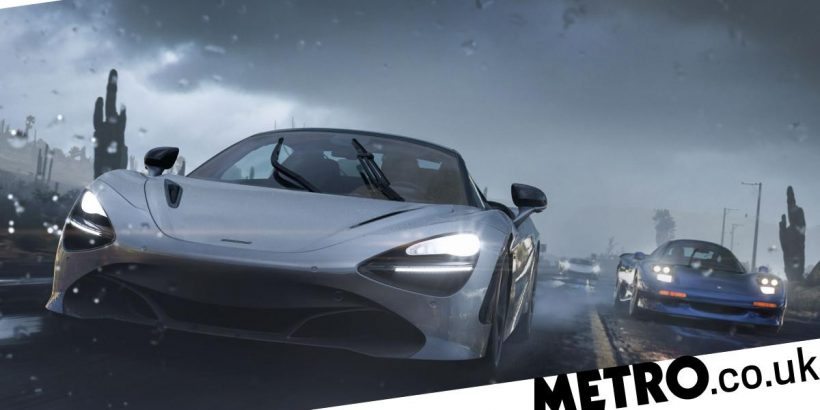 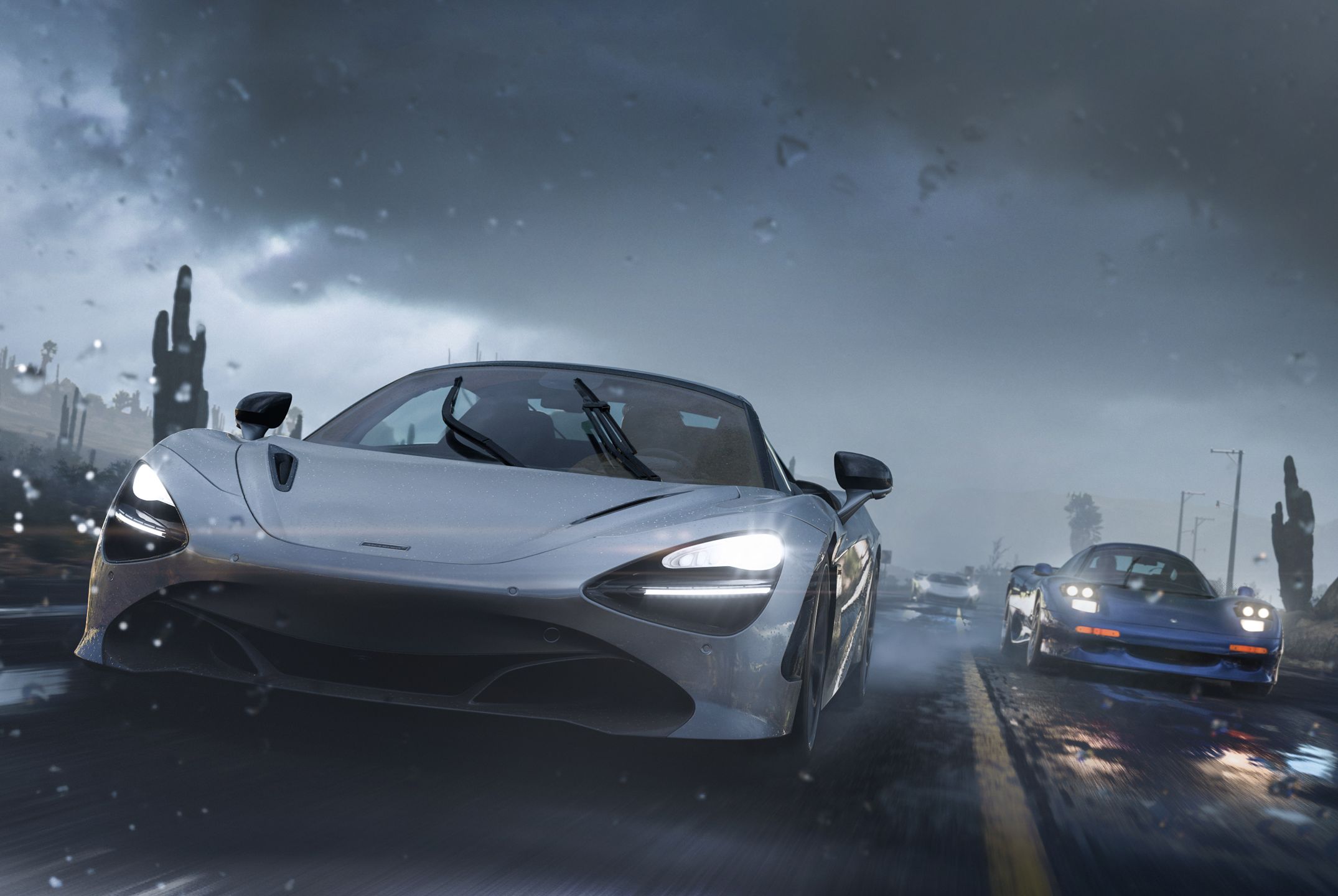 The Monday Inbox thinks Forza Horizon 5 has the best graphics of the current gen, as a reader is amused by The Outer World 2’s trailer.

New Horizons
I think it’s obvious now that this E3 is still going to be a shadow of its former self, even though Microsoft put on a decent show. Ubisoft had hardly anything major to talk about but I felt the Xbox showing was good, although why Bethesda got joint top billing I don’t know. They still showed no actual gameplay of Starfield and had nothing else, except to remind everyone how terrible the graphics are in Fallout 76.

Even that new Arkane game looked pretty meh, but then the American studio is clearly not as good as the French one. No, all the good stuff was from Microsoft themselves, which suggests that wasting all this money on buying in studios was unnecessary if they’d just concentrated on nurturing their own internal teams, as Sony has done.

Which is another way of saying Forza Horizon 5 looked amazing. Like, Unreal Engine 5 demo amazing. I really do think it could be the best graphics I’ve ever seen and that’s exactly the sort of thing Microsoft needs. I don’t think anyone could make me interested in Halo but Forza Horizon 5, to me, had the look of a killer app.

I’ve seen a lot of people act very defensive about criticisms of Microsoft but to me most of the complaints have been fair. Xbox has been terrible for years now but if you accept that you must also accept that they are finally turning things around and this E3 was a small but important step forward.
Cadish

The legally distinct Guardians
There was something very off about that Guardians Of The Galaxy preview. The developers were sat there saying it was their take on the characters and yet you could plainly see that they looked and acted as much like the movie versions as possible without going to the effort of paying the real actors.

I haven’t read the comics, so I don’t know exactly how different they are, but surely there’s more wriggle room than what was seen here? Like GC said, it all seems like just a knock-off brand, which was exactly the same problem as the Avengers game, even if this one at least isn’t a live service game.

It could be okay, I guess, but it does seem odd to have so many characters on screen but you’re only controlling one. I mean, it’s not like Star-Lord is meant to be some kind of tactical genius or that anyone else listens enough to him for the game to be set up this way. I still think Ant-Man would make the best game out of all the Marvel heroes, but I guess it’s obvious why we got this instead.
Ragalan

The other Disney licence
I would love to know if Ubisoft meant that Avatar reveal to be a Star Wars tease or not. I can’t see how they did, given that means Avatar being much less interesting becomes the punchline, but what did they think people were going to think when you introduce something that’s meant to be a major movie licence and then the first shot is something that looks Endor? We all know they’ve got the Star Wars licence but I imagine most people forget they had Avatar as well.

The graphics looked good, if they’re real, which I imagine they’re probably not, but it’s Avatar so who cares? To end on that shows how bad the rest of it was, with that boring looking Rainbow Six game and… Far Cry 6’s DLC. I know it’s the fault of the pandemic, but this does not bode well for the rest of E3 as I expect it means everyone else will find it similarly difficult to put on a full length show.
Joshon

Pure Chaos
I have to say that Final Fantasy Origin game was not what I pictured in my head at all. I imagined something a bit… classier? If it’s a Dark Souls style game why is it so desperate to seem like Devil May Cry? Especially if it’s supposed to be based on the first ever Final Fantasy game. Also, were they being sponsored by the word ‘Chaos’? I swear they said it every second word.

I’m hoping it can be good because I really like Nioh and the recent Ninja Gaiden remaster reminds me that Team Ninja can make some good stuff when they try. Unfortunately they can also make stinkers like Ninja Gaiden 3 and Metroid: Other M, so you never know what it’s going to be. Or at least I can’t guess from watching that trailer.
Gaston

Permanent problem
You say all Xbox do is throw their cheque book about to buy publishers and Sony can’t afford to. But Sony have been throwing money at timed exclusives for years. How is this any different? You want to play a game, e.g. Final Fantasy 7 Remake or Final Fantasy 16 and you have to pay £70 per game.

At least Xbox, yes, they spent all that money to buy Bethesda but then all the games go on Game Pass at like £11 a month. Which to me is far more affordable and also able to be played by PC players, mobile phone players, and if rumours are right then anyone who buys an Amazon stick type device.
Anon

Finite appeal
Did anyone else find it odd how little Microsoft showed of Halo Infinite? They didn’t even show a release date, even though they seem certain its coming out this year. I’m not so sure. For me it still looked outdated and unexciting. Better than the first preview, obviously, but nothing particularly interesting in terms of graphics or gameplay. Especially compared to Forza Horizon 5, which looked properly amazing.

I really do think Microsoft are overestimating how much people still care about Halo. I guess people will start getting nostalgic about it soon, as the 2000s take over from the 90s as the era to get misty eyed about but beyond that I just don’t think it has anything to offer.

I think because it’s the only mascot type brand that Microsoft has they’re kind of blind to its flagging popularity, but I’m not sure that really matters anymore. I wouldn’t associate any particular game or character with Sony and that actually seems to help in terms of people giving anything they make a try rather only a specific set of heavily hyped games.
Hix

The truth about trailers
That Outer Worlds 2 trailer was funny ‘cause it’s true. So many trailers are done in the same way and I’ll have to admit I usually fall for it as well. I’m surprised to find out there is a Outer World 2 though as Obsidian are also working on Avowed and Grounded. That’s a lot for any developer and I didn’t think they were that big, even if you accept Grounded is a smaller project.

I’m glad of it though, they’re a good studio and I’ve liked them ever since Star Wars: Knights Of The Old Republic 2. I’m also glad to see Avowed hasn’t been cancelled, since Microsoft bought Bethesda. They didn’t show any more of it but they did mention the name and show a tiny clip.
Benson

Oldest school
Thank you to the readers that write features for the weekend. The one complaining about too many trailers and not enough demos was an interesting one.

‘Not actual gameplay’ has bugged me for years, that should be banned immediately. Demos were definitely more common back in the day, as he said, but I would not say that they were commonplace for most games.

You had to buy a very expensive magazine that came with a cassette or disk on the cover and hope that the game you wanted was included.

Otherwise, you might have been lucky to have the game reviewed in a magazine, if you could afford to buy them regularly. Or, you had to go on the box art, and that was it.

You save up pocket money for ages to buy a new game, go in the shop, peruse the boxes, and pick one, if it was rubbish, there was no complaining on forums or comment sections, no death and rape threats to the developers, you just got on with it. Things were definitely more simple back then.

And that was if you were fortunate enough to have your format of choice featured on the box screenshots at all, sometimes you went in completely blind!

I had an Amstrad CPC 6128, which meant I was usually in the middle ground; most screenshots had more colours than the Spectrum and C64 versions, but I spent years gazing longingly at the Amiga and Atari ST ones.

GC: We don’t think the day they were talking about was quite so far back in time; on the Xbox 360 demos were mandatory.

Inbox also-rans
Just a quick one: Control and Genshin Impact are both free on Epic Games Store this week, until Thursday 4pm as usual.
The Dude Abides

Paper Mario: The Origami King is only £21.95 for the next few days on The Game Collection. They’re reliable, I’ve bought from them many times.
Dev

This week’s Hot Topic
With E3 2021 carrying on until Tuesday the obvious subject for this weekend’s Inbox is what you think of it and the various announcements.

Which games have impressed you and which do you feel were a let-down? What has been your favourite surprise and what were you hoping for but never got announced? Which company do you feel put on the best show and who was a disappointment?

How much do you care about E3 and what do you think about this year’s format, forced upon it by the pandemic, compared to previous years?