Marvel’s Avengers has been out for nearly a month, and while Crystal Dynamics has discussed some upcoming characters, such as Clint Barton and Kate Bishop, fans are still readily waiting announcements for other future content. Fortunately, a quote from executive producer Morgan Gray in the game’s official art book has teased a twist that has given many fans reason to speculate that Hank Pym will be Marvel’s Avengers third additional playable character.

Marvel’s Avengers: The Art of the Game, has revealed a lot of interesting information about potential additions to the superhero sim, including details of new enemy types and important background information about existing characters. On a page detailing Hank Pym, the original Ant-Man, Gray states, “While not currently weaponized in this Marvel Universe according to Crystal Dynamics, Doctor Henry Jonathan ‘Hank’ Pym (aliases Ant-Man, Giant-Man, Goliath, Yellowjacket, Wasp, and even Ultron) is no less valuable to the Avengers. We can expect that at least one alter ego will see action further down the line.”

This is a loaded quote that is full of fascinating information. For starters, this confirms that Hank Pym will, in one form or another, serve as more than just the leader of the Ant Hill and an occasional narrator during missions. Instead, it appears that a future update will see Pym throw on one of his old costumes — or perhaps design a new one — in order to join the fight against A.I.M.

At the same time, it’s hard to believe that Pym will return as Ant-Man. During the game’s campaign, he mentions that A.I.M. altered his DNA some time after the events of A-Day. He explains that due to this alteration, any attempts to shrink or grow would result in his inevitable death. 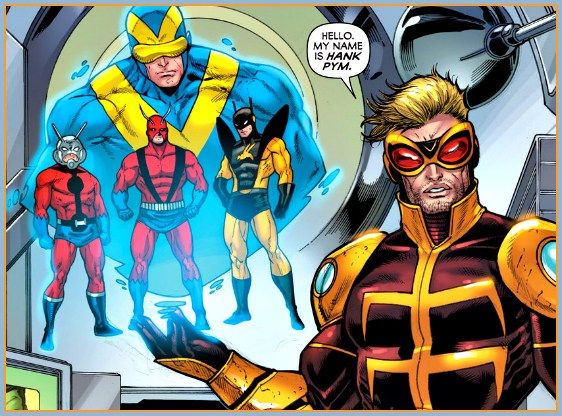 This rules out the inclusion of Ant-Man, Giant-Man, and Goliath, all versions of Pym whose powers revolve entirely around size alteration. Yellowjacket and Wasp are two possibilities, as these heroes have the power of flight and electric blasts thanks to their suits.

It’s interesting that Gray would mention Ultron as one of Pym’s alter egos. There has been a lot of speculation in the community surrounding Roy, a robotic gear vendor in the Inhumans’ safe haven. In the comics, Hank Pym is the creator of Ultron, an artificial intelligence that turns against the Avengers. Some people theorized that Roy would become Ultron, but the implication that Ultron is an alter ego of Hank Pym himself could hold rather dire consequences for our heroes. Some comics have seen Hank merging with Ultron, becoming an unstoppable force of both intelligence and might. 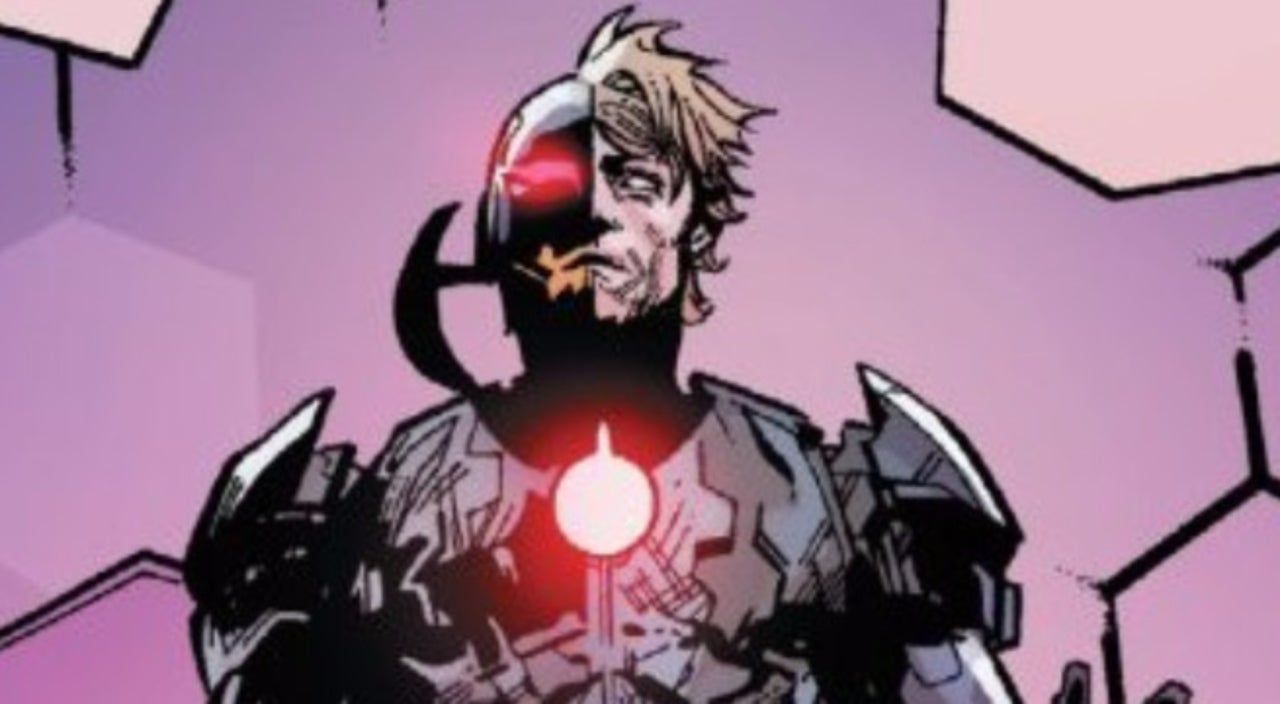 The first expansion for Marvel’s Avengers, titled Taking Aim, will launch at the end of October, and will introduce Kate Bishop as the game’s first post-launch character. Hopefully fans will receive more news at the next War Table.