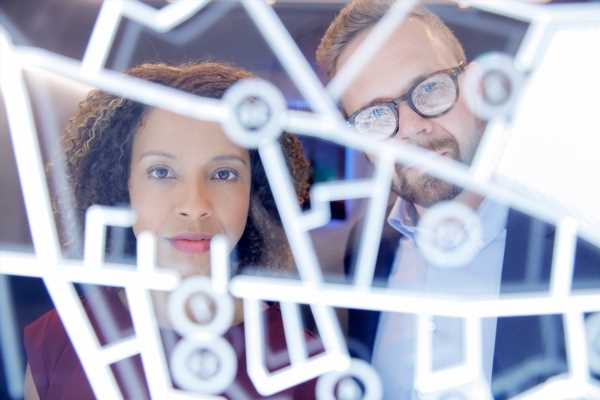 “I think that’s an accurate analogy,” he told VentureBeat. “With every new technology there is a new category-defining platform building it. GitHub was it for software and it looks like we are becoming the platform for machine learning.”

Founded in 2016, Hugging Face evolved from a developer of natural language processing (NPL) technology into an open-source library and community platform where popular NLP models such as BERT, GPT-2, T5 and DistilBERT are available. Now, it has gone beyond NLP to become a ML model hub and community – Hugging Face works closely with companies that might be seen as competitors, since companies such as Meta’s AI division, Amazon Web Services, Microsoft, and Google AI use the platform.

A focus on ethical AI

Hugging Face has made some recent notable hires in the ethical AI space, which Delangue said is an important priority. Margaret Mitchell, previously the head of Google’s ethical AI research group, came on board in August 2021. And Giada Pistilli, who has a Ph.D. in philosophy and specializes in conversational AI ethics, just started with Hugging Face today.

“It’s good timing – someone with a Ph.D. in philosophy is a pretty unusual hire for a technology company, but I think it’s proof of our commitment to make the machine learning field more value-inspired, which is something Margaret Mitchell likes to say,” Delangue said.

Delangue added that Hugging Face has a “strong view” on the future of AI and ML. “Just as science has always operated by making the field open and collaborative, we believe there’s a big risk of keeping machine learning power very concentrated in the hands of a few players, especially when these players haven’t had a track record of doing the right thing for the community,” he said. “By building more openly and collaboratively within the ecosystem, we can make machine learning a positive technology for everyone and work on some of the short term challenges that we are seeing.”

An ‘open and collaborative’ ML evolution

Delangue said that Hugging Face plans to continue to grow its team from varied backgrounds for all positions and capabilities, from the science and engineering to the product and business side. “That’s a big evolution for us,” he said. “We are also hoping to see the number of models and data sets on the platform grow.”

The company is also excited about Big Science, a year-long research project on large multilingual models and datasets. “It’s the largest machine learning collaboration that we are leading with over a thousand scientists and 200 organizations, inspired by other big scientific collaborations such as in physics,” said Delangue. “We wanted to create something like that for machine learning.”

But it’s Hugging Face’s emphasis on an open collaborative approach that Delangue said made investors confident in the $2 billion valuation. “That’s what is really important to us, makes us successful and makes us different from others in the space.”