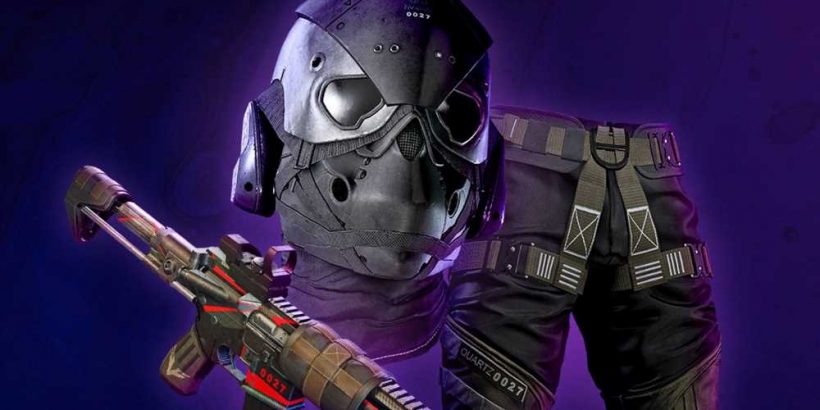 In case you hadn't heard, Ubisoft is getting into the NFT game with a new line of cosmetics for Ghost Recon Breakpoint. You can get a gun, a hat, or a pair of pants with a unique ID number on them and a verification receipt stored in the blockchain. Since the numbers are so small that it's unlikely you'll ever be able to see them unless you're playing Breakpoint in 4K, these NFTs add absolutely nothing to the game that couldn't be done with a regular cosmetic microtransaction–except Ubisoft gets a portion of every item resold on the secondary market, of course.

It's all just another example of Ubisoft jumping on a bandwagon for money, and French trade union Solidaires Informatique Jeu Vidéo is more than happy to call out Ubisoft's greed.

In a statement posted to Twitter (which comes by way of Eurogamer), the Solidaires Informatique Jeu Vidéo calls Ubisoft's first foray into blockchain gaming "a useless, costly, [and] ecologically mortifying" endeavor that "doesn't bring anything to videogames."

The SIJV doesn't mince words in their statement against "this so-called innovative technology," which "boils down to a certificate of ownership which is associated to an abstract monetary value whose amount fluctuates on an external market.

"This is just a financial security with a different name," the trade union added, and is probably the best description of an NFT you'll ever read.

The trade union notes that all the awful stuff that comes with unregulated capitalism, like "subprimes, financial derivatives, crises, speculation, fast trading, [and] money laundering" are "the assured and unspoken promise of NFTs."

And on top of that, NFTs are basically the same as in-game cosmetic microtransactions "but inefficiently using energy." Maintaining a blockchain can be hugely energy-intensive on its own, which when added on top of the energy requirements to maintain a game’s servers just makes it even worse for the environment.

"Our players deserve better than a useless, costly, ecologically mortifying technology that makes them the target of the most deregulated capitalism,” the SIJV concludes.

If you want a great example of the unregulated capitalism of NFTs, look no further than Peter Molyneux's new game, Legacy. It's already raised over $50 million selling its digital plots of land, and someone even spent $900,000 on the most desirable plot. Not that there's any way of knowing what's truly desirable in a game that hasn't been released yet.